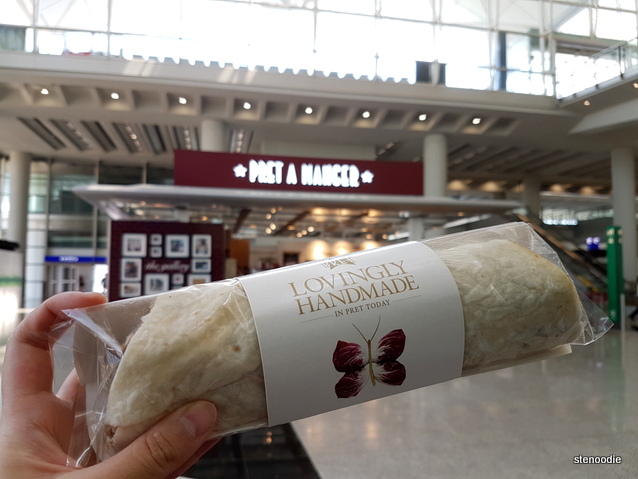 I’d never been to this popular U.K. sandwich shop before so when we arrived at the Hong Kong airport and had lots of time before we checked in and boarded our flight, I searched it out.  It was actually right on the Arrivals Hall Terminal 1 on the ground floor!  I must have passed by or seen this before in my past trips to the HKG airport. 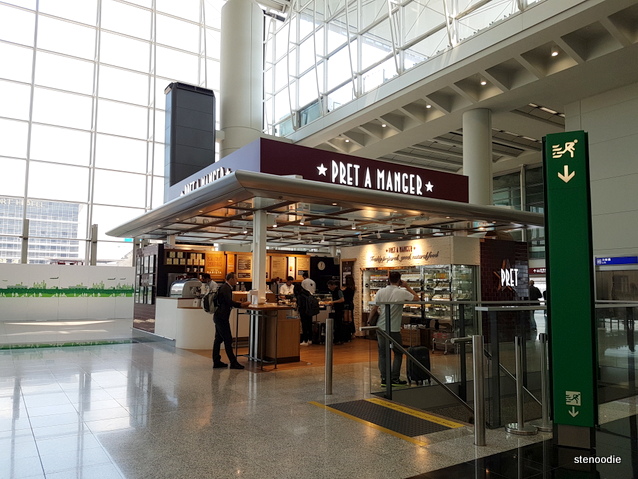 Pret a Manger in the HK airport

I didn’t waste any time and went straight to their fridge to look for that Peking Duck Wrap.  They had an assortment of different pre-made sandwiches, wraps, and other ready-to-go items in their fridge. 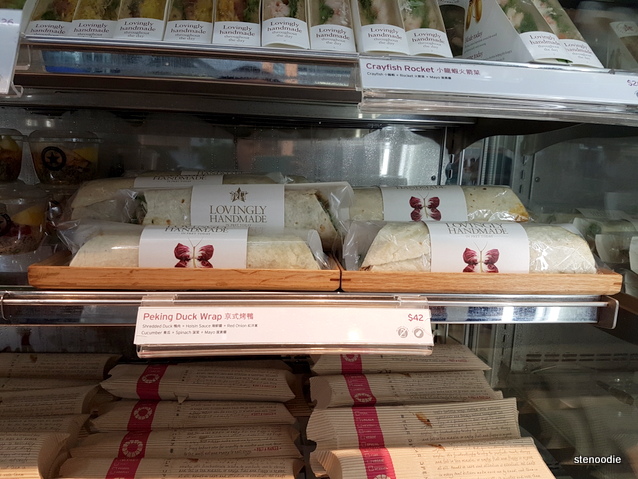 On the fridge shelf

Upon opening it, I was pleasantly surprised that it was already cut into two which made it so easy to share.  (Upon looking at the photo now though, it looks like it’s actually two separate wraps; the cut lines on each wrap are entirely different and don’t match up!) 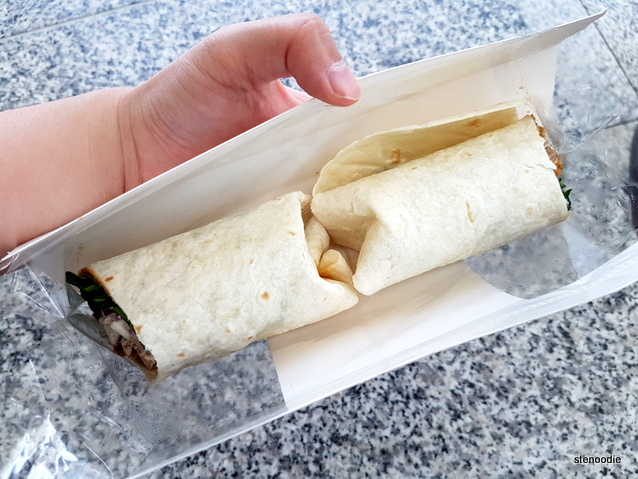 I liked the taste of it.  It was a really good recommendation for sure.  There was a fair amount of duck meat in it as well.  The salad portion of it made it a light snack to have. 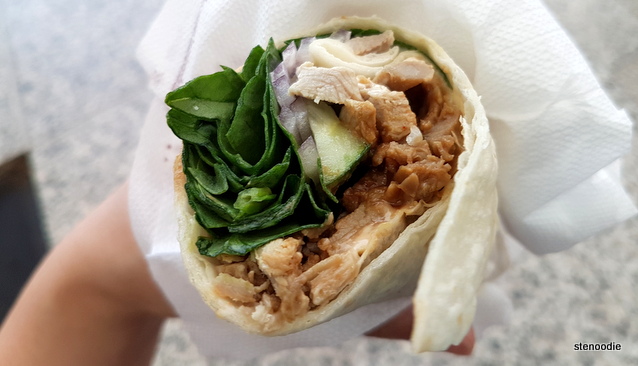 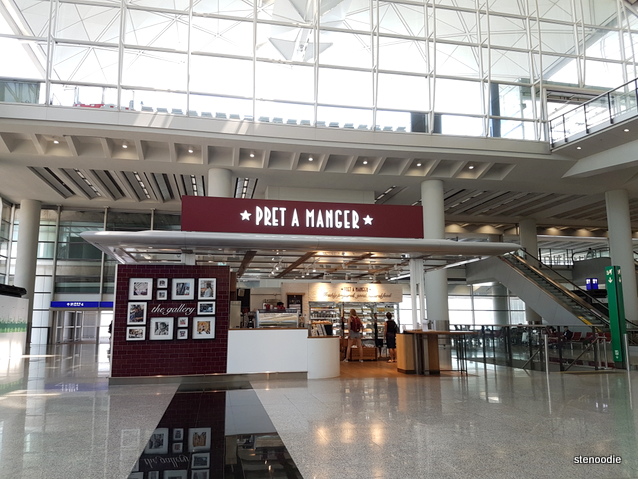