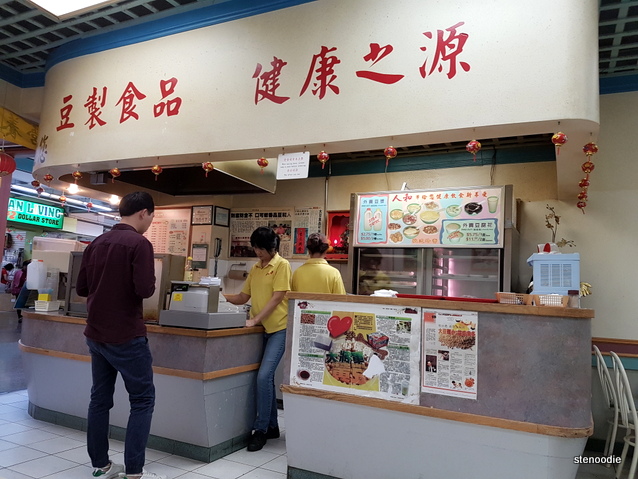 October 22, 2017:  After our day trip to Whittamore’s Farm and before dinner, we stopped by Market Village for a snack.  We went to Yan Woo Soya Bean, another long-standing Chinese shop that serves traditional soybean products like soybean pudding (they call it “puddy” at the shop), soybean milk, and other items by bulk or individually.

I remember coming to Yan Woo Soya Bean (人和豆腐) with my mom for dinner a long, long time ago.  I’m talking about 20 years ago (don’t guess my age XD).  I remember at the time not really enjoying it because everything was made from soybeans and I just wasn’t a huge fan of it at the time.  However, coming here again this time changed my view of the restaurant and I really enjoyed the food!  They haven’t changed their interior since I last came here 20 years ago.

They have a lot of newspaper articles and magazine clippings framed on the walls showing how they are a franchise brought over from Hong Kong and how so many well-known people have dined here to try their soya bean products. 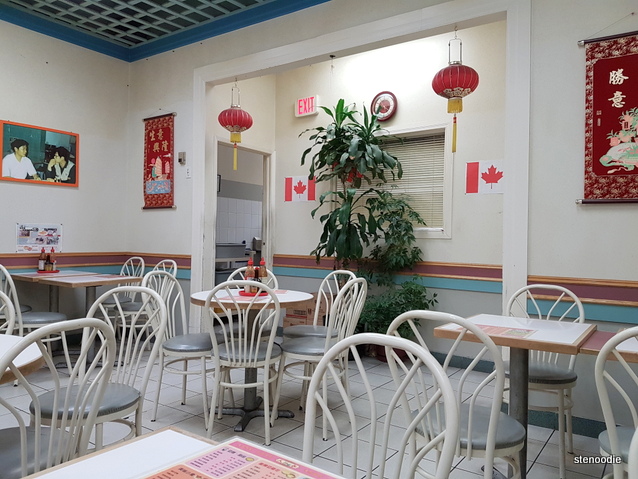 They have a lot of dining space but no one really stays to eat for long since the meals are small and also because they have a lot of take-out orders.  I wasn’t until we dined here that I realized how many people stopped by to order some soybean pudding or soybean milk to-go that I learned they are actually so much popular than I thought.  A lot of times when I passed by the store, they always appear empty but now I understand it’s because customers just turnover really quickly here.

I wasn’t hungry but more thirsty so I got a glass of the cold Soya Drink with Almond Flavour.  Ken got the Soya Bean Puddy with Almond Flavour and the Fried Rice Noodle Roll with Bean Sprout.  All of the items here are very, very inexpensive.  I’m talking about spending less than $10 for a full meal and filling your belly happily. 😀 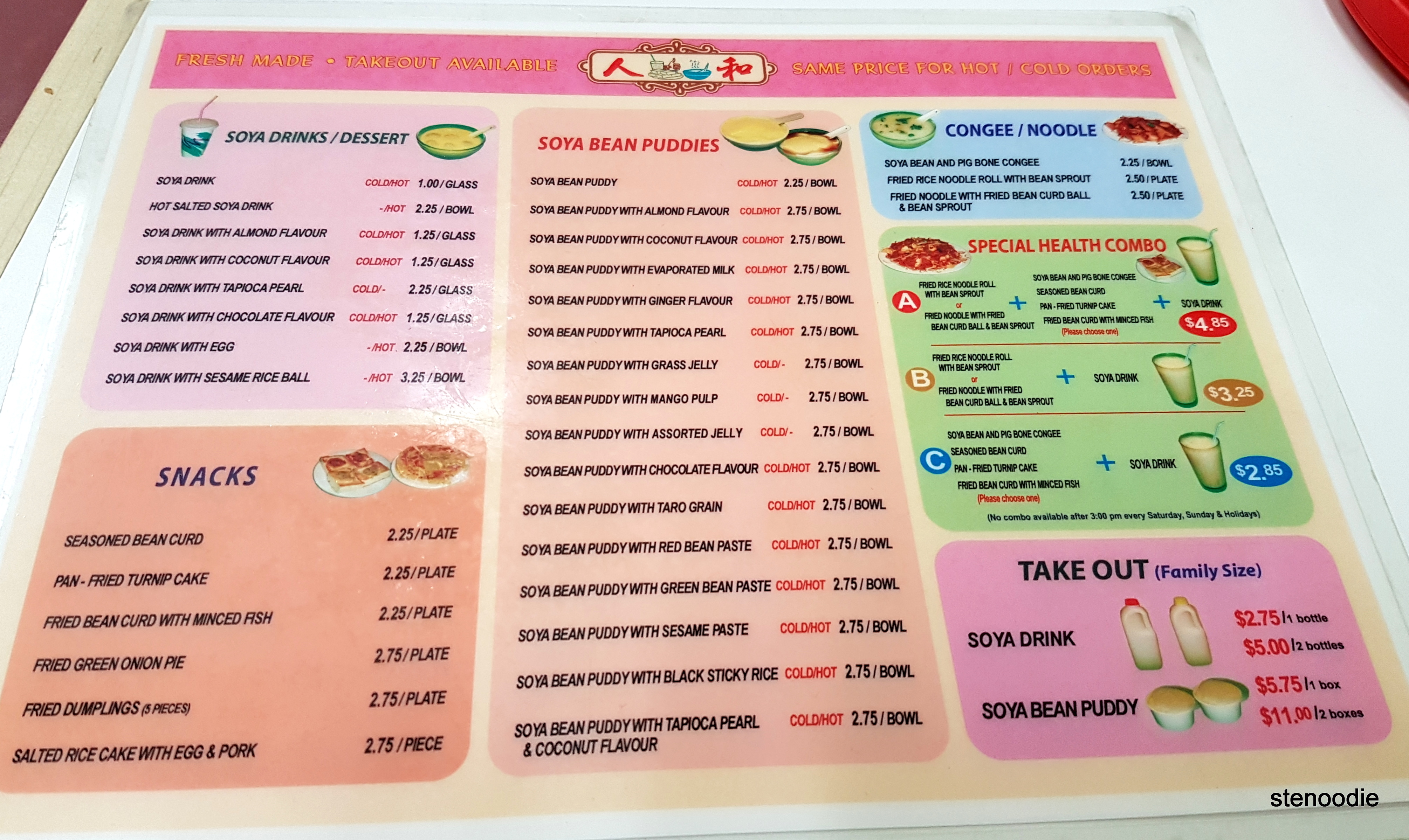 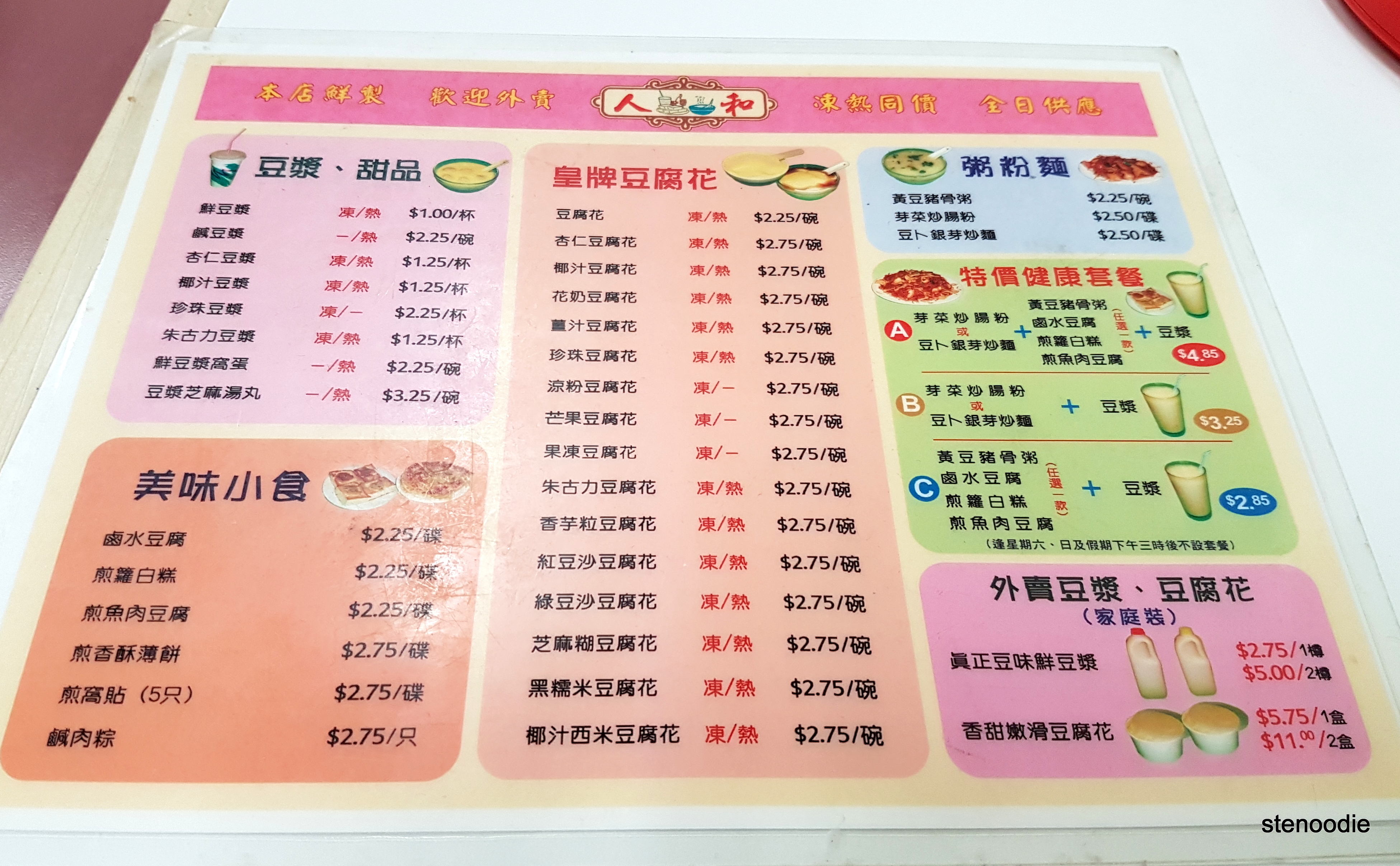 The cold Soya Drink with Almond Flavour (杏仁豆漿) was really smooth, silky, and tasted good.  The almond flavour was there too. 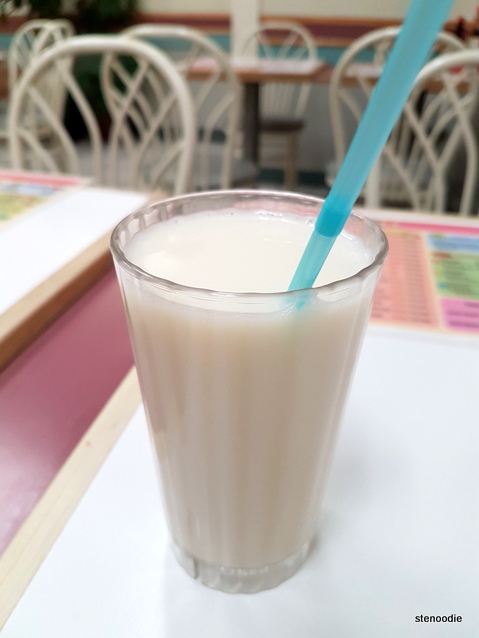 The Soya Bean Puddy with Almond Flavour (杏仁豆腐花) also had the strong almond flavour but in puddy/pudding form.  It was really smooth and tasted good too! 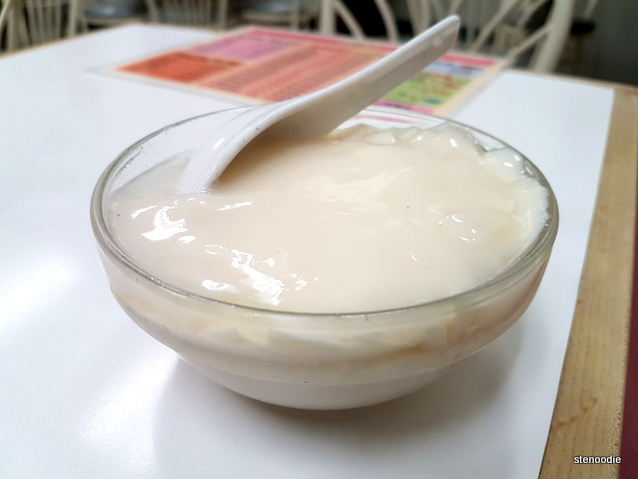 The Fried Rice Noodle Roll with Bean Sprout (芽菜炒腸粉) was a very simple dish — stir fried rice noodle roll with a bit of soy sauce and bean sprouts.  It was comfort food and good as well. 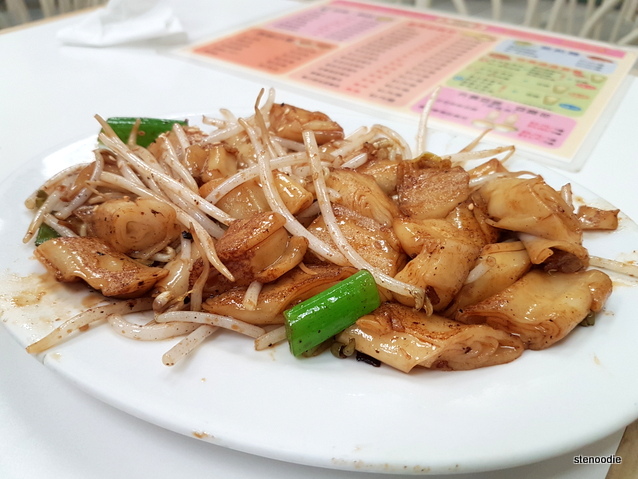 You can get their soya milk or soybean pudding in tubs for super cheap.  In my opinion, it’s great for parties and sharing at home!

Market Village is closing soon this year in 2017 to make way for the new Remington Centre.  Let’s see where Yan Woo Soya Bean will go — if they plan on going anywhere — if not, then it’ll be time to say good-bye.

Update:  They’ve relocated to the Denison Centre at Kennedy Road and Denison in Markham!  Their storefront is much smaller with an emphasis on take-out orders.  They only have a few seats for dine-in customers.