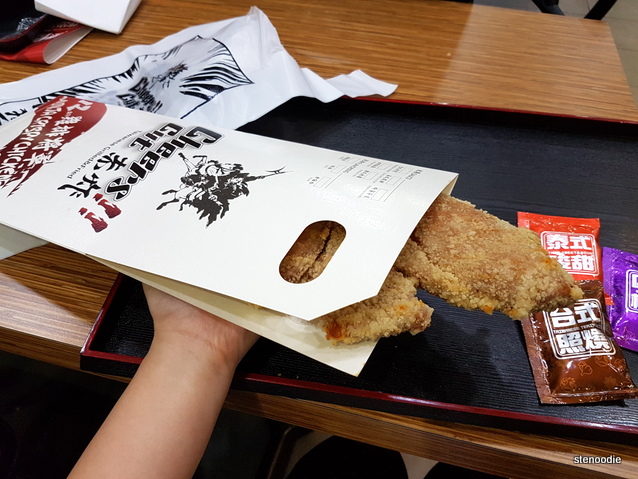 For those of you who have been following in Toronto’s fried chicken cutlet phase, you know that have been quite a number of fried chicken franchises that have arrived in Toronto in the past two years or so.  I have visited those shops and found that the chicken there is good but not amazing.  However, after having tried a piece of the 12 oz Samurai Crispy Chicken from Cheers Cut Canada this past week, I can now say that Cheers Cut has the best one out there! 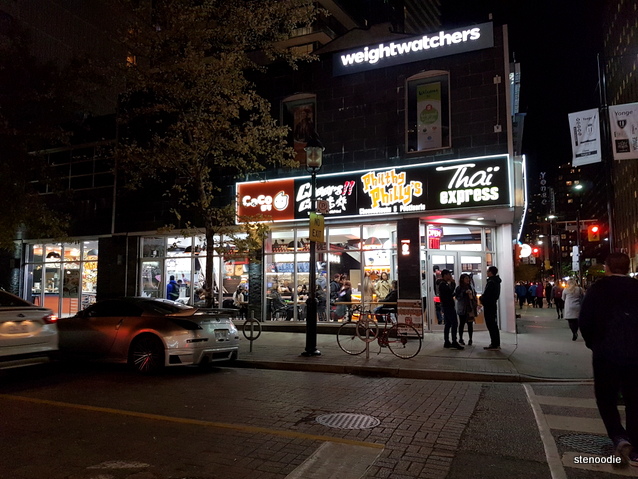 Located in a small food court on Yonge near College Station

Cheers Cut contacted me via Instagram to offer me a voucher to redeem one piece of their Samurai Crispy Chicken for free and help them spread the word.  I was really glad that I was able to stop by after my TIFF movie to try it.

Cheers Cut is located at Yonge Street and close to Gerrard intersection at the New World Mall food court where there are some other popular food shops too.  I hadn’t heard too much about Cheers Cut before this so I wasn’t sure what to expect.

When I approached the staff member at the cashier, I informed him about the voucher and he gladly accepted my voucher with open arms and asked me what kind of flavour I wanted on my Samurai Chicken — there was pepper, chili, and plain —  I chose pepper, as well as the accompanying sauce — there was Taiwanese Teriyaki, Hetchup, Thai Sweet & Sour, Honey Mustard, and Sichuan Chili — I chose the Sichuan Chili.  He got my name and said I could take a seat as I waited. 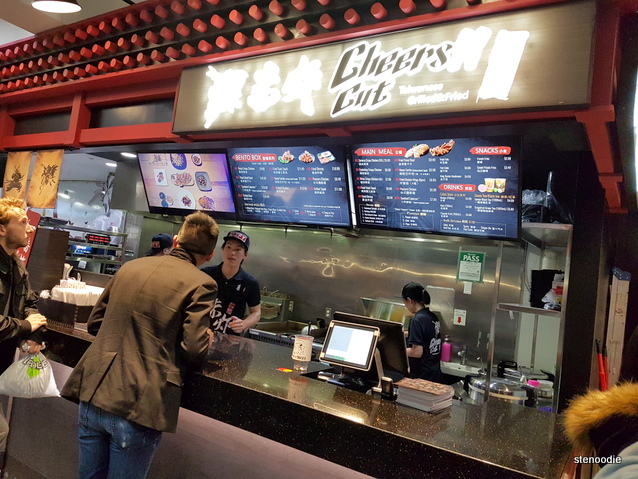 It took around 10 minutes for the chicken to be freshly fried but it was incredibly worth it.  The 12 oz Samurai Chicken (XXL) was served in a flat paper carton and quite huge!  I’m glad that the staff member gave me a tray to set the chicken on because it was very hot from the fryer!  He also gave me some plastic gloves too.  Instead of the single Sichuan Chili sauce that I asked for, he actually gave me the Taiwanese Teriyaki Sauce and Thai Sweet & Sour sauces to try as well.  That was really nice of him! 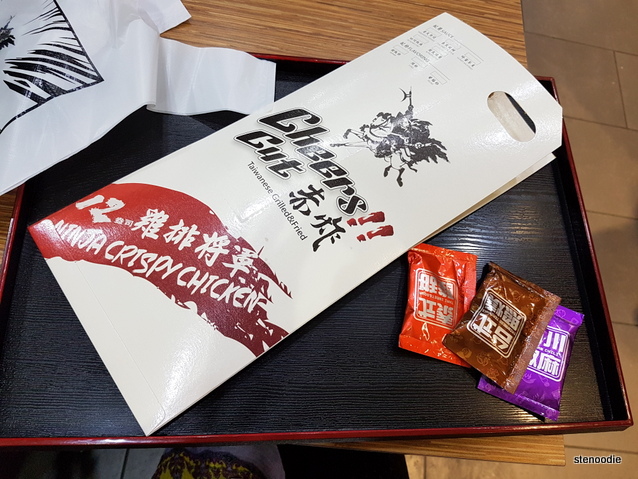 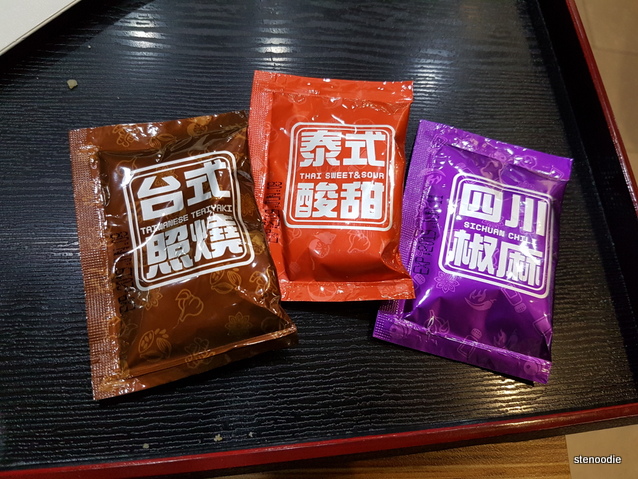 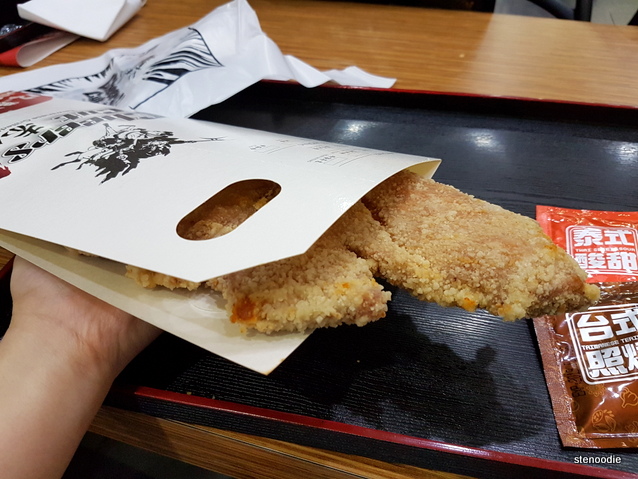 As big as my palm

I already knew that I was going to take home the piece of chicken to enjoy later since it was so late that night and I wouldn’t have been able to finish it all by myself.  It was a really big piece!  However, I did want to try it fresh out of the fryer so I broke a piece off (it was so hot to the touch so be careful!) to try it.

Oh, my goodness.  Like I said above, it was seriously the best piece of fried chicken cutlet I have ever had in my life to date.  It was made of 100% chicken breast meat and fried to order.  The best parts of it:  Super crispy, crunchy batter that didn’t overpower the chicken at all.  The batter was so minimal and had the best mixture of pepper flavour ever.  It was just perfect!  Secondly, the chicken meat was incredibly firm, tender, and moist!  I couldn’t believe how amazingly delicious it was.  Mmm.  I was super uber impressed! 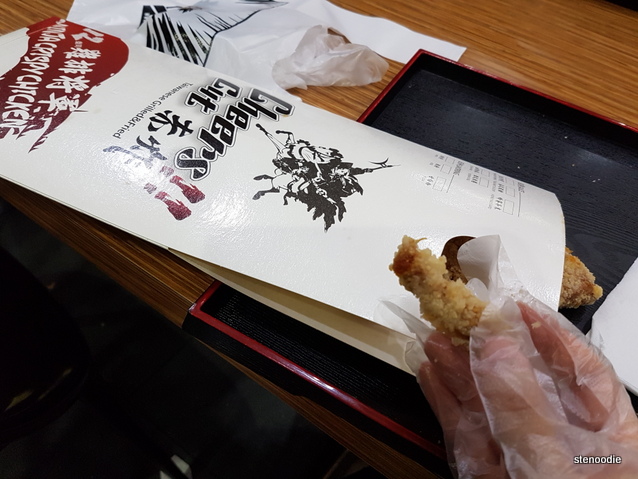 Tore off a fresh piece to enjoy while at the store

I took the chicken home to enjoy and even after reheating it to eat a day after, it was still just as delicious (of course, the crispy skin wasn’t as crispy anymore) but still.  It was amazing! 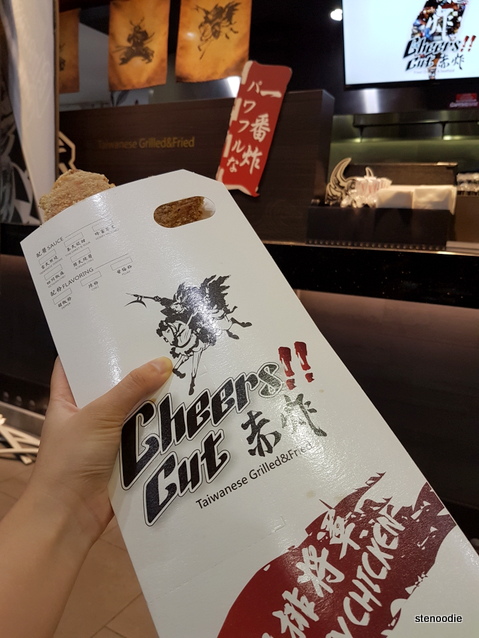 I already know that I will go back to Cheers Cut for sure to have this perfect frieded chicken again.  Now if only they will grow their popularity and eventually open up a store in Markham that would be the best! 😀

They are based in Taiwan and actually have franchises around the world currently in China, America, Australia, Singapore, and Canada. 😀

Yay!  Thank you so much Cheers Cut for reaching out to me to allow me to try this amazing morsel of chicken!  Fried chicken done right! 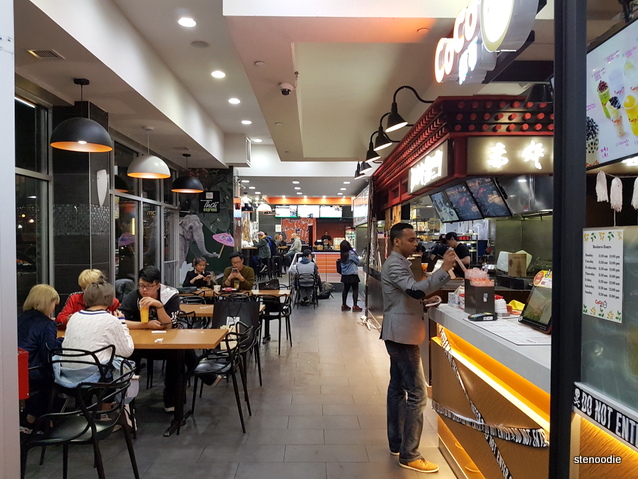 Also, when I ate the piece of chicken at home, I realized that there are instructions at the back of the carton box where it’s made for you to peel it open like a window to enjoy the chicken better.  There are two pre-cut folds for you to open to eat the chicken conveniently with your hands.  It’s so smart!  Too bad I only saw this after the fact.

Also, when I tried the three sauces at home, they were very true to their names.  The Taiwanese Teriyaki and the Thai Sweet & Sour sauces were indeed what it tasted like.  The Sichuan Chili sauce was very spicy in ma la style. 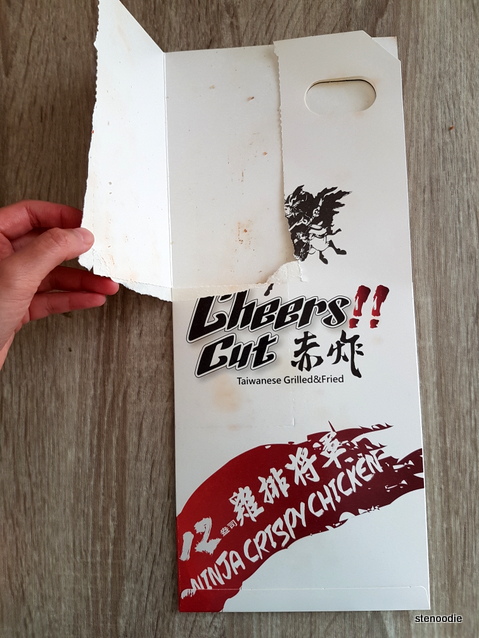 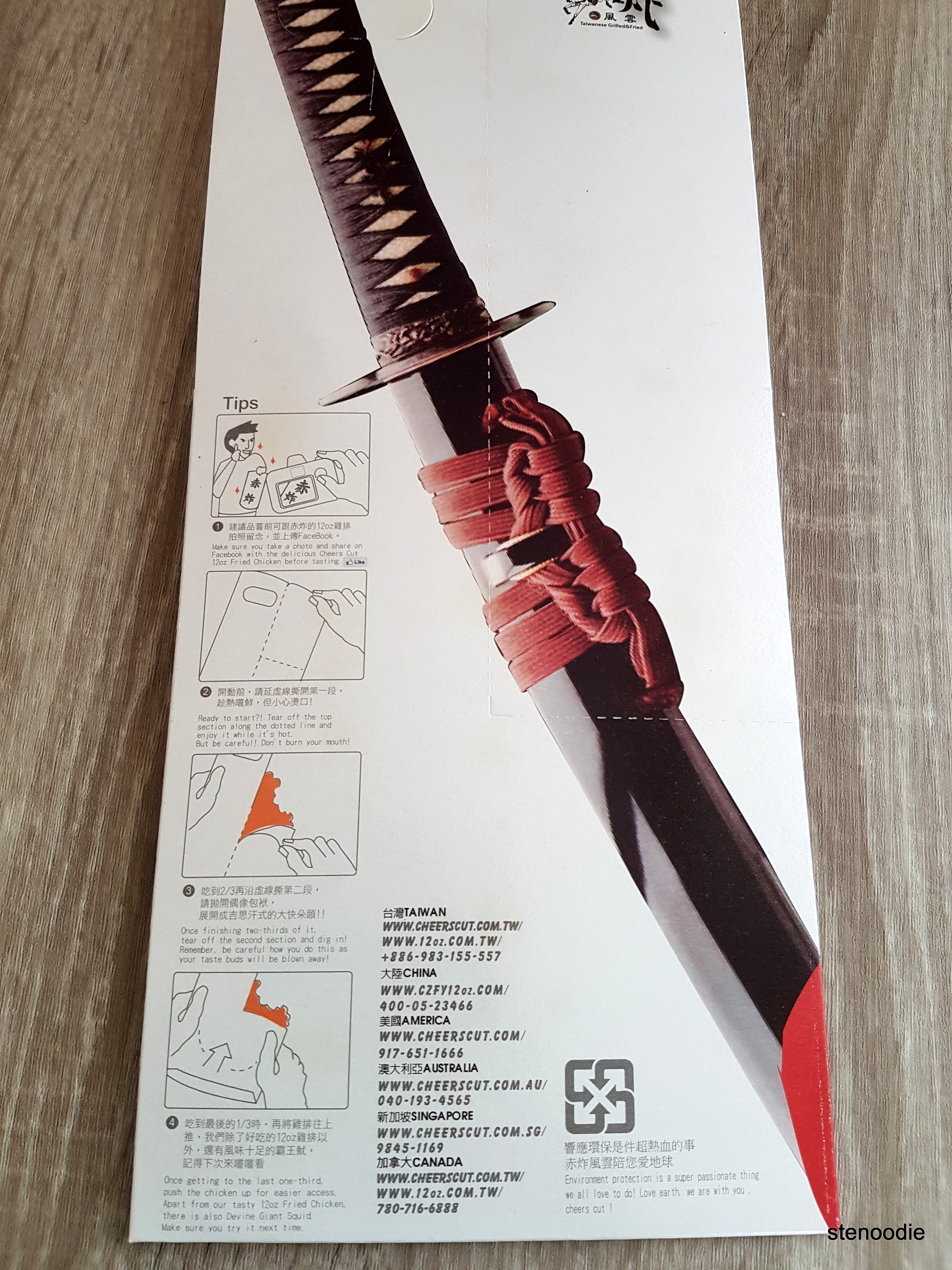 They currently have six locations worldwide

FTC Disclaimer:  Although Cheers Cut reached out and invited me to a complimentary item, the opinions expressed here represent my own and not those of the company.