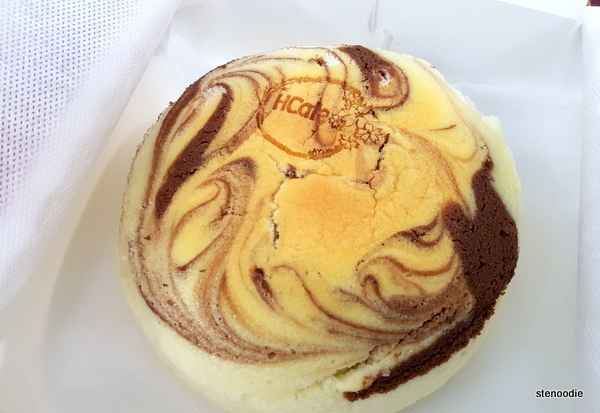 December 6, 2017:  Hcafe Japanese Cafe in Unionville has a brand new flavoured cheesecake for the holiday season!  It’s a Chocolate Mix Cheesecake!  If you like chocolate and cheesecakes, this is a no-brainer for you.

Thanks to Sweven Media, I was able to pick up one of these limited time edition cheesecakes at their Unionville location to try it out for myself.  The cheesecake is the same size as their previous cheesecakes like the original cheesecake, taro cheesecake, and matcha cheesecake.

Unwrapping it at home and trying a slice, it was very creamy and smelled deliciously of chocolate and cheese.  I think Hcafe did a good job at creating this chocolate mix cheesecake!  You can eat it chilled from the refrigerator or heated up for a warm and toasty feeling. 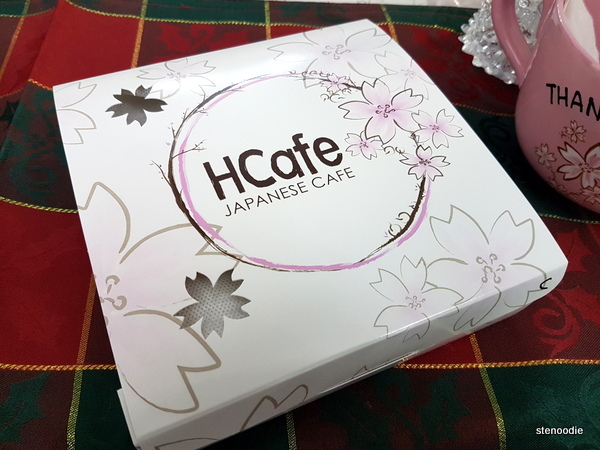 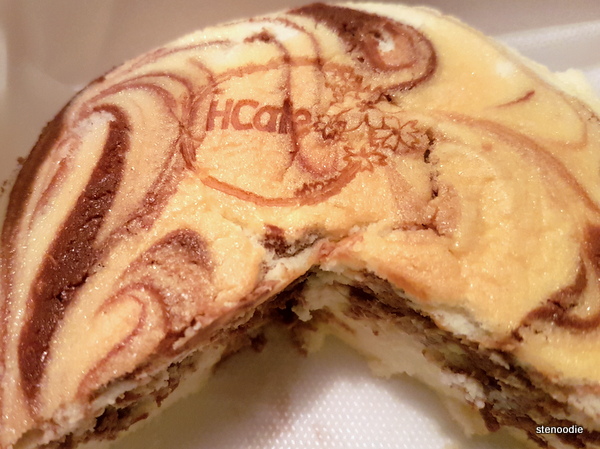 The best part about this limited edition cheesecake is that it will be 50% off at both the Unionville and North York locations from December 11 to 14, 2017 (limited supply, first come first serve). Seeing as the original price for this cheesecake is just $10, that means that during this period, you can get it for just $5!  Five dollars for an entire cheesecake is so cheap and affordable!  You can’t even get a decent meal these days for that change nevermind a whole tasty cheesecake!  XD

Thanks again to Sweven Media and Hcafe Unionville for offering me this opportunity to try the new holiday cheesecake and spreading the news to my viewers.  Hope you guys reading this will be able to take advantage of the special promotion!  (Think holiday party/potluck ideas ;))

FTC Disclaimer:  Although HCafe provided a complimentary product for promotion, the opinions expressed here represent my own and not those of the company.