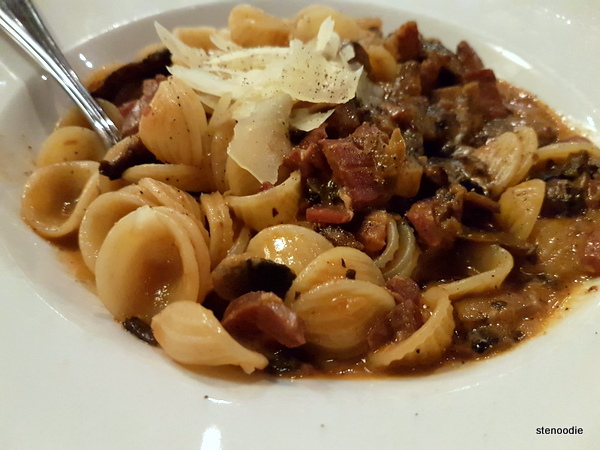 December 8, 2017:  I originally wasn’t going to blog about this but then if I leave out bad reviews, it doesn’t help the restaurant improve so here it is.  This was my third time going to the Richmond Hill location of Il Fornello.  They serve Italian food and have several locations in the GTA (of which I have been to before).  The first time I dined here was two years for lunch (blogged here) and the second time was for a dinner tasting hosted by a social media agency (blogged here) earlier this year.  I remember having really fond memories of the food since that the recent tasting.  Thus, since I was craving for some orecchiette pasta and seeing as that there weren’t too many restaurants in the GTA that actually offered that kind of pasta on their menu, I decided on Il Fornello because they had that pasta, their menu was formidable, and I had had good experiences there before.

Bb made reservations for us which was much needed because on a Friday evening, this place was packed!  It was gorgeously decorated inside to the theme of holiday lights and a festive mood.

Our server that night was very friendly and prompt with filling up our water glasses.  However, he forgot to bring our wine for a few minutes until he remembered and also completely forgot to bring us our bread basket…. which in the end was fine because I wouldn’t have needed more carbs anyway, but the fact was that he forgot entirely. 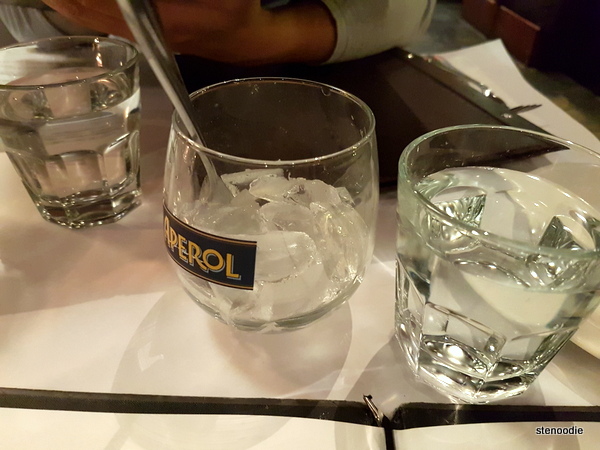 A glass of just ice cubes on our table 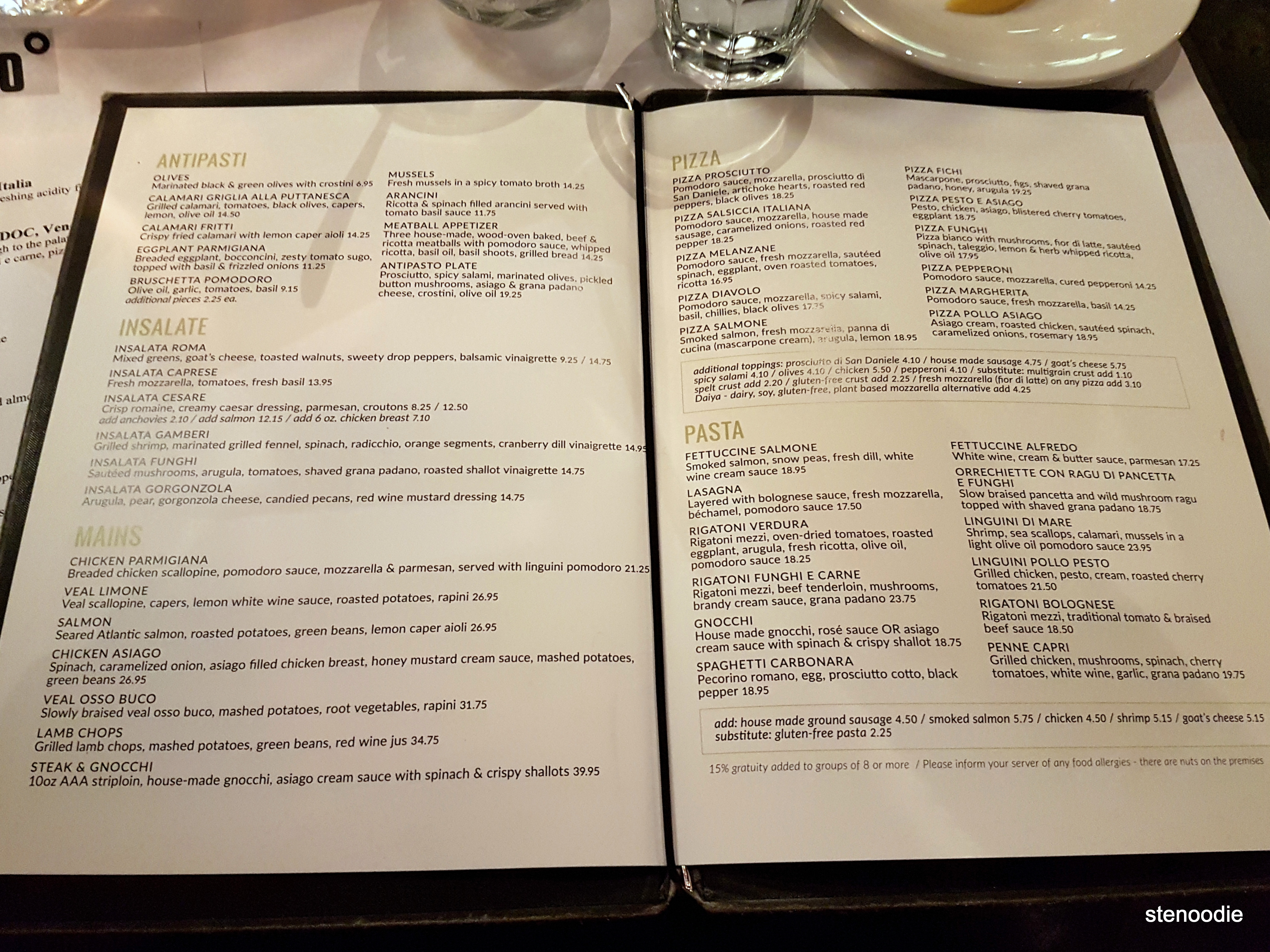 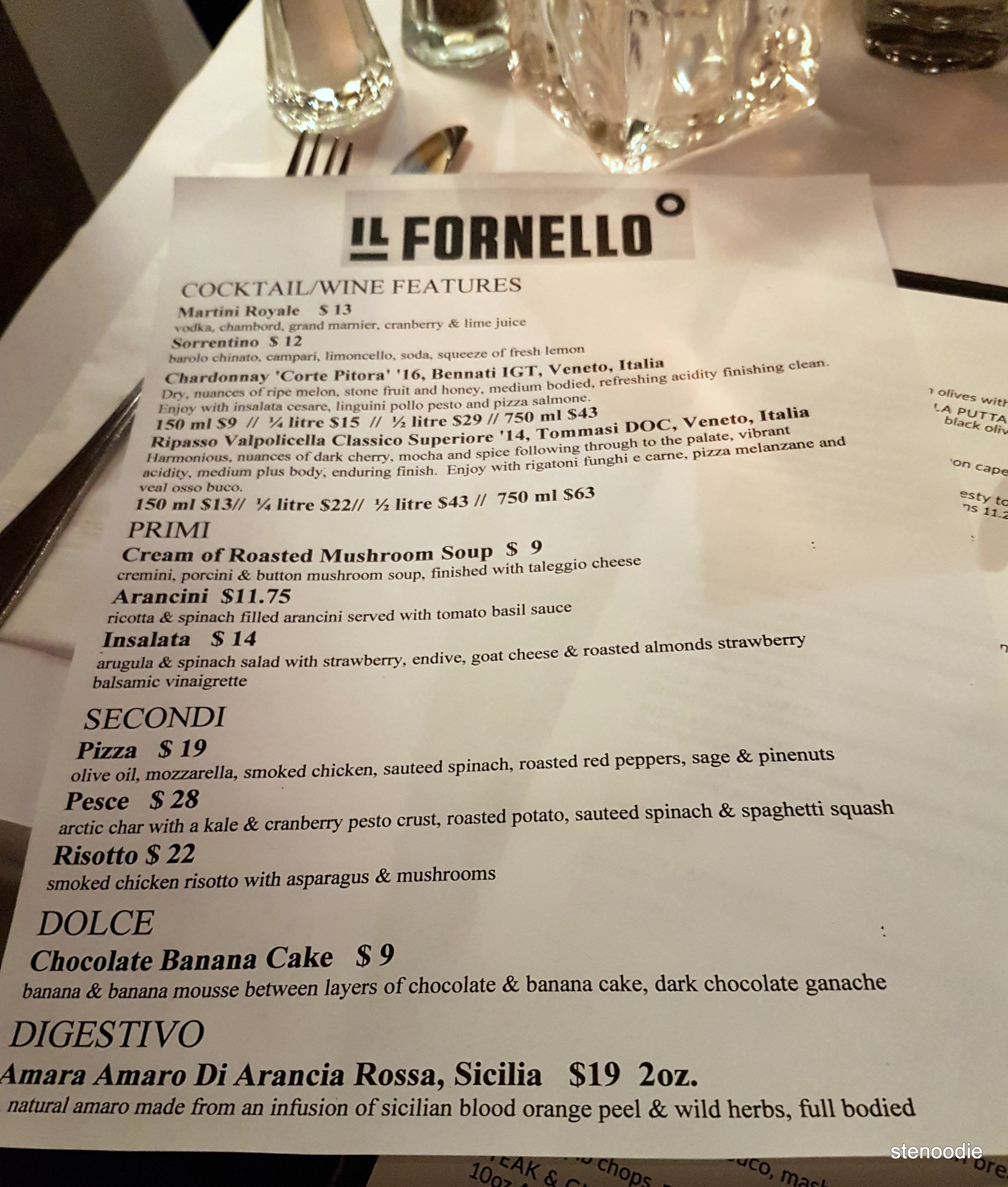 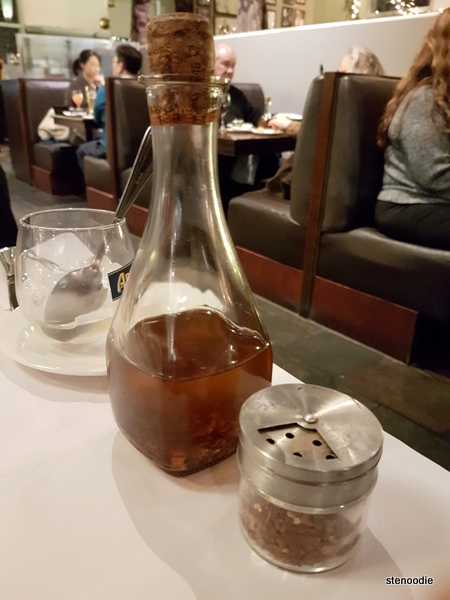 Chili Oil and Chili Flakes for the pizza 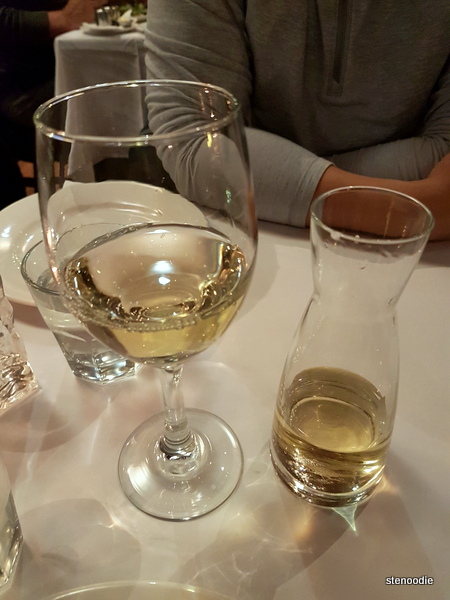 We ordered the Orrechiette Con Ragu Di Pancetta E Funghi and Pizza Fichi (which I have raved about and recommended to people since the time I had it at the tasting).  Unfortunately, neither was to my liking that night. 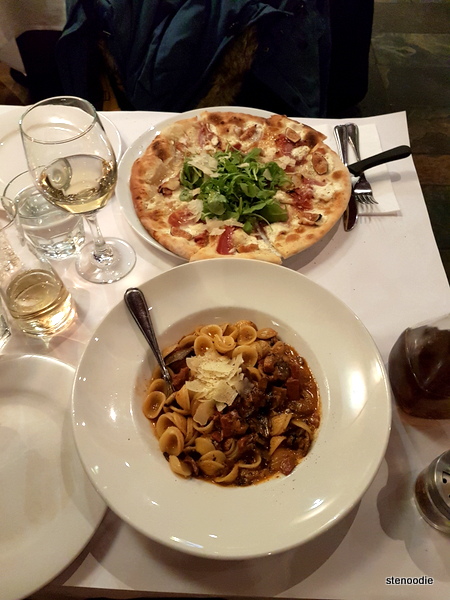 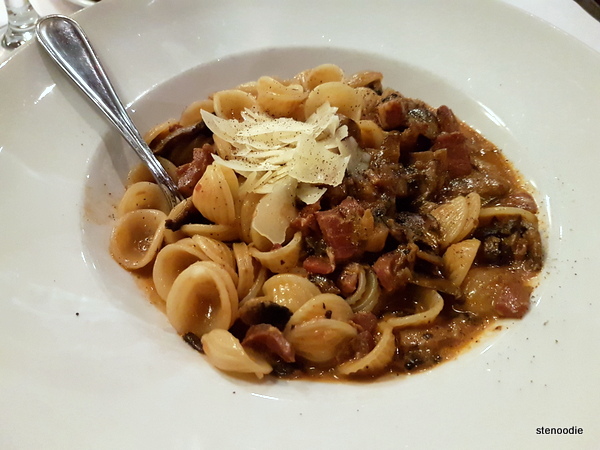 Firstly, the orecchiette dish was very al dente at first taste.  Being at an Italian restaurant, I wasn’t sure initially whether the al dente was just too firm and hard for my liking or whether it was slightly uncooked — that actually didn’t occur to me until a halfway into the dish because my impression of Il Fornello had been so good up to this point that I didn’t think anything less of them.  However, I actually did think that the pasta in this dish was undercooked.  Not to mention that each pasta shell was very firm and did taste a tiny bit raw, but also the shells of the orecchiette stuck together several at a time.  I believe that when pasta is thoroughly cooked, it shouldn’t stick together at all…  Anyway, it’s not like we mentioned this to our server or complained.  This blog post is just to reflect my dining experience and share about it. 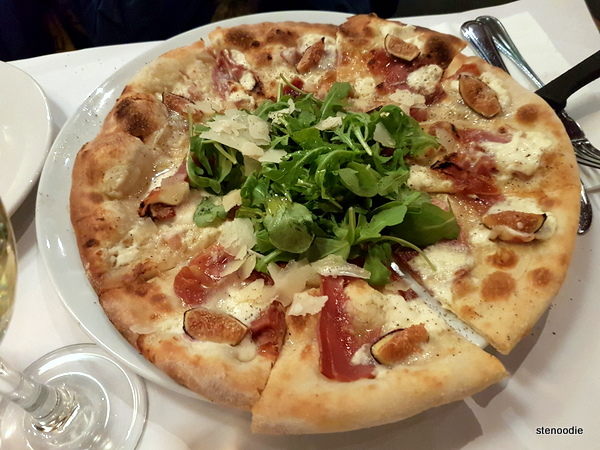 The Pizza Fichi was also a disappointment because instead of being a predominantly fig pizza, it ended up being more of a prosciutto pizza.  When I looked at the pizza, there were barely any figs on it.  Yes, there was one fig piece per slice of the pizza but that one piece was like a sliver of the actual fig fruit and nothing compared to the generous and succulent portions that I had had at the tasting.  (The one at the tasting had plentiful amount of figs and the figs were sliced width-ways!  None of this skinny sliver stuff.)

After this pizza experience at Il Fornello, it really showed me the reality of restaurants.  They brought out their best for the tastings so that the foodies there could photograph and promote the best representation of their food.  However, as a real customer coming to dine at their restaurant, it was nothing compared to the food quality that I experienced at the tasting.  What does this mean for my viewers?  It means that don’t believe everything that you read about my tasting experiences.  They are definitely enhanced and we were given preferential treatment based on the fact that the food was free and we were asked to go there to promote for them.  I mean, this isn’t anything new and I should have realized that, but experiencing it first-hand for myself was rather disappointing and off-putting.

I hope not every restaurant is like this but I can’t recommend the Pizza Fuchi to anyone anymore if their quality is this bad. 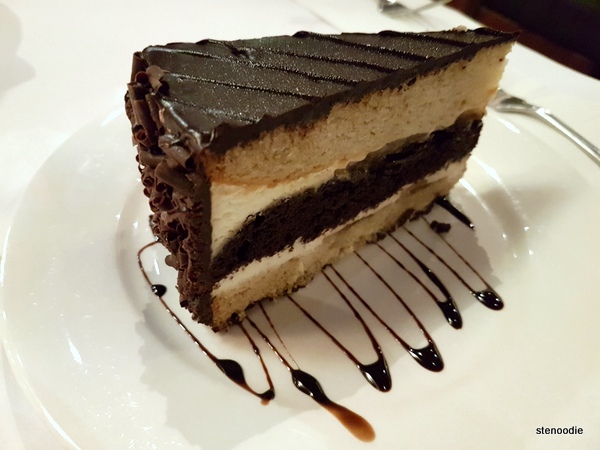 Oh, and before we left that night, we had the Chocolate Banana Cake.  This was actually very good!  It was a lot chocolatier (I made up this word) than I realized.  In my mind’s eye, I thought this was going to be like a banana bread kind of texture with chocolate chips embedded in it or something.  The banana and banana mousse were extra cold in between the slice of the cake and the cake was definitely garnished with chocolate ganache on the outside.  It was a heavy cake but tasted quite good and moist (which is so important for cakes). 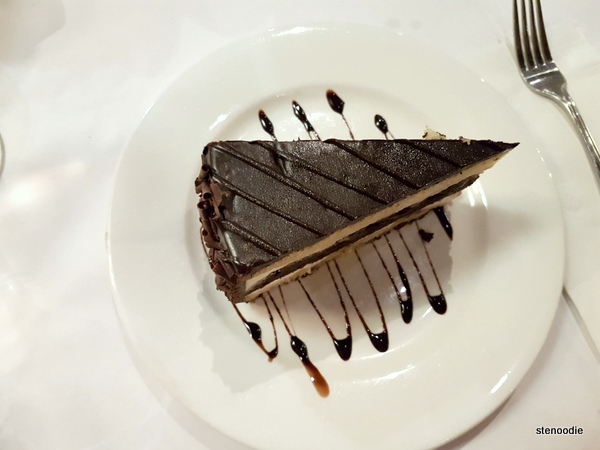