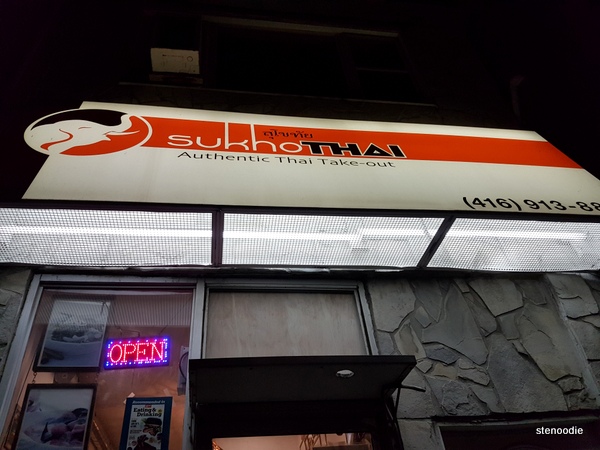 December 19, 2017:  After unsuccessfully navigating through the Toronto Christmas Market, the four of us decided to go to Sukhothai for dinner instead.  I’ve been to the Wellington location of Sukhothai but not this one.  As a matter of fact, I didn’t even know Sukhothai had expanded so much in the recent years to now have four locations in the GTA!  Wow, great job, Nuit and Jeff!

Luckily, Gitu had called ahead of time to reserve us a table because even though it was only a Tuesday evening, the restaurant was packed when we walked in.  To my surprise, it was a much smaller location than the Wellington one.  There were 8 to 10 people waiting for a table when we walked in.  We waited about 10 minutes before we received a table which wasn’t too bad and I was grateful that we had called ahead of time to reserve a table. 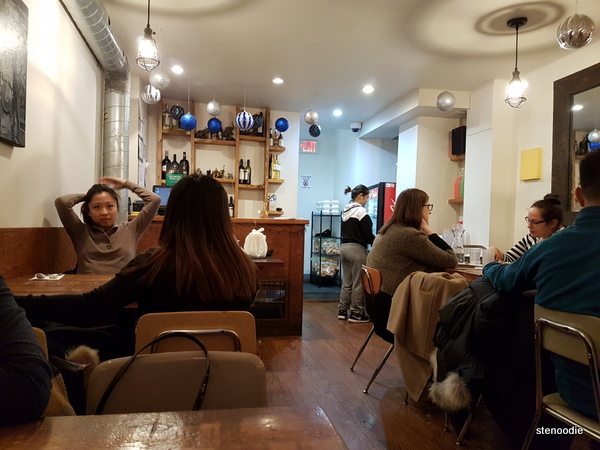 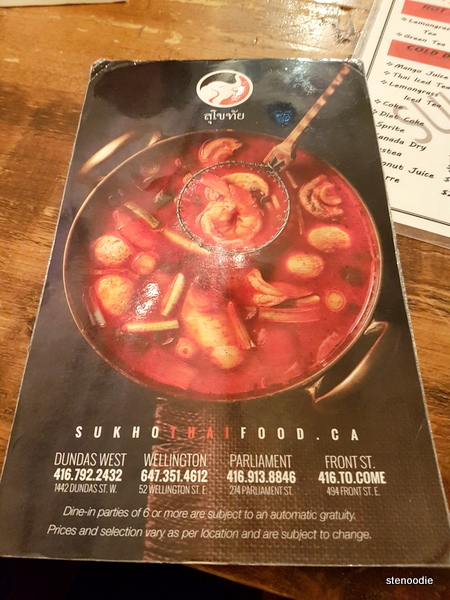 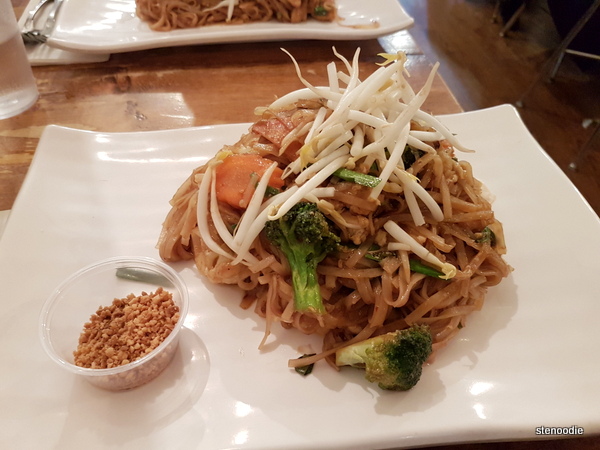 Sukhothai has a range of Thai dishes.  On this night, I wasn’t particularly hungry and since I’ve been wanting to eat more veggies, I chose the Pad Thai with just veggies and not the usual chicken or tofu or shrimp or beef.

The portion was big!  The peanuts were served on the side.  I already knew that I wasn’t going to finish the entire dish.  The noodles had a slight sweet and sour taste characteristic of Pad Thai.

Tam’s Lemongrass Fish.  We tried a piece of the fish and it was very nicely fried and crispy!  I was impressed with the size of the fish too. 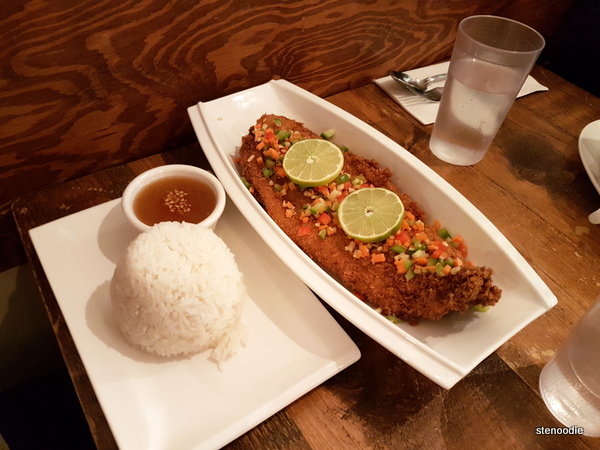 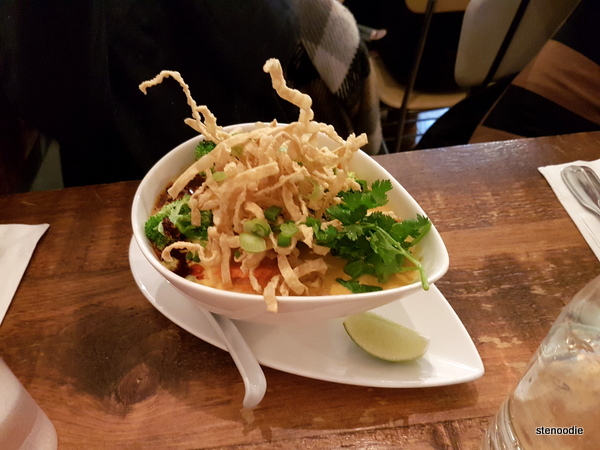 Liz’s Pad Thai.  Hers had chicken while mine was vegetarian. 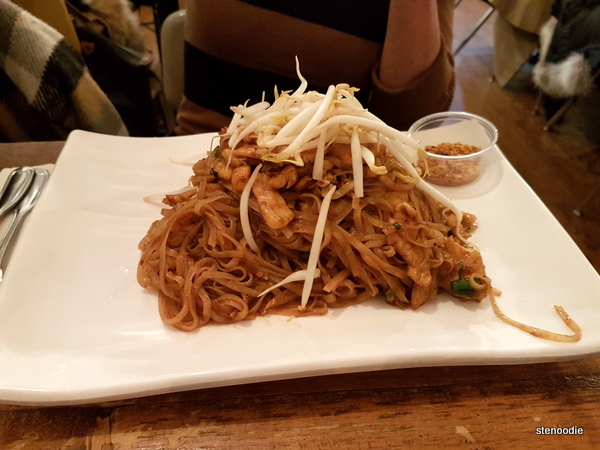 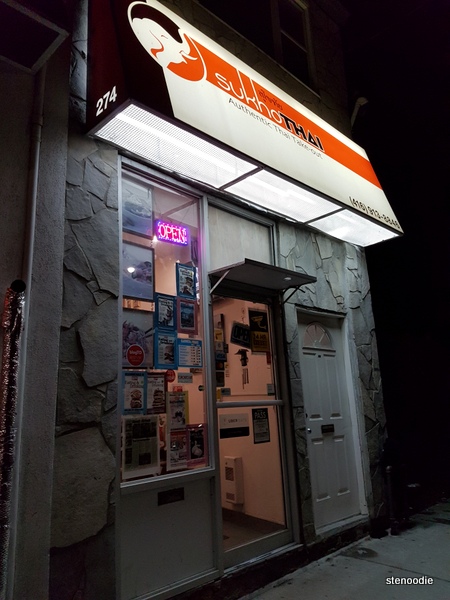