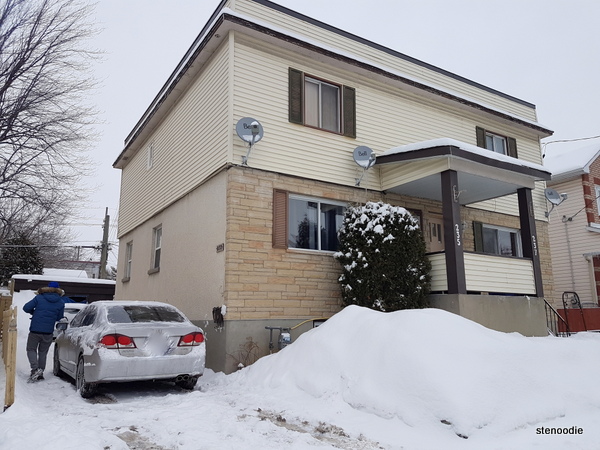 This was my very first time staying in an Airbnb!  Ken found this Airbnb online and booked it for the weekend we were in Ottawa for the ice dragon boat festival.

Up until now I’ve mostly stayed in hotels when travelling.  The unit included not just a bedroom but it was actually a full apartment unit!  Check-in was at 4 p.m. but the owner was still cleaning up the house with last minute efforts when we arrived on the property.  He asked us to wait for another half hour so they could finish up.  This was okay with us.

The entrance was down a flight of stairs to a basement unit with a separate entrance.  I really liked the layout of the unit.  Although the house itself was old, the basement was newly renovated and so clean and modern inside.  It was furnished neatly with modern furniture and detailing too.  It was as nice as a staged model home. 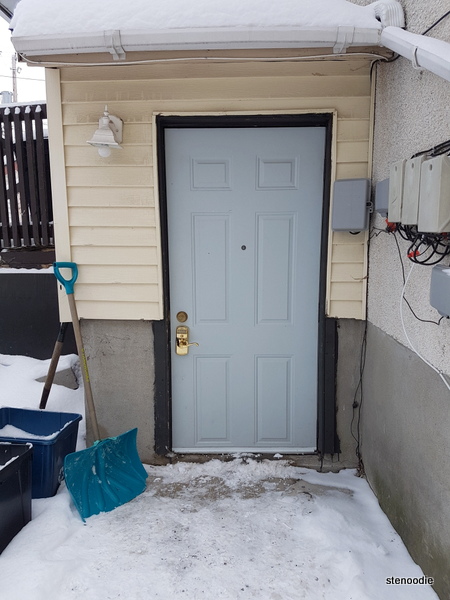 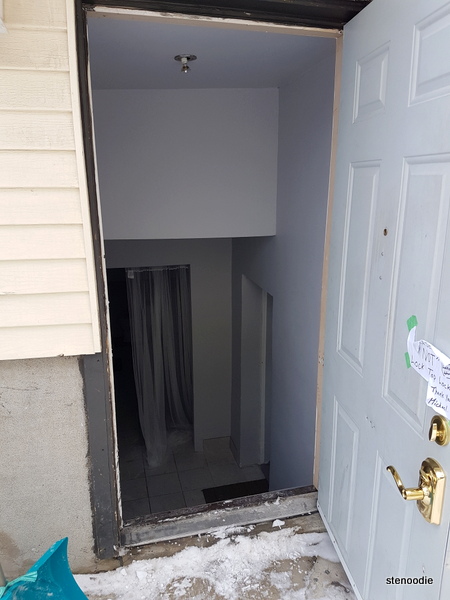 Stairs down to basement doorway

There was wifi included and access to Netflix too!  I loved the huge comfy three-sitter couch in the living room.  I liked putting my feet up on the ottoman while watching TV. 🙂 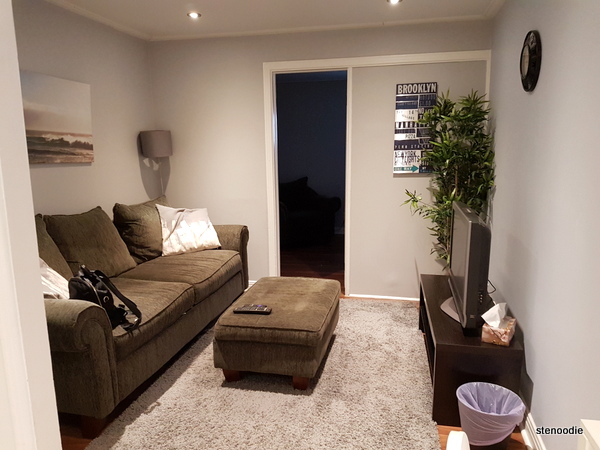 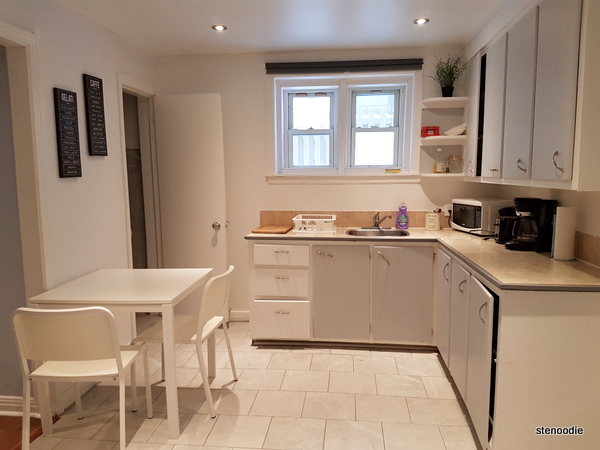 While there was a microwave in the kitchen, it actually didn’t operate (after we put in food and pressed in the time, it “ran” as if it was on but the food remained cold no matter how many minutes we put in).  There were pots and pans, plates, mugs, water glasses, wine glasses, utensils, drying rack, dishwashing detergent, and some cooking oil and pepper too.  It was so thoughtfully furnished!  There was also a toaster, coffee maker, and water kettle too.  There was a full sized refrigerator, stove, and a breakfast table for two.

The queen bed in the bedroom was incredibly comfy!  I really had a good and restful sleep there.  There was an ottoman and lazyboy chair in the bedroom too. 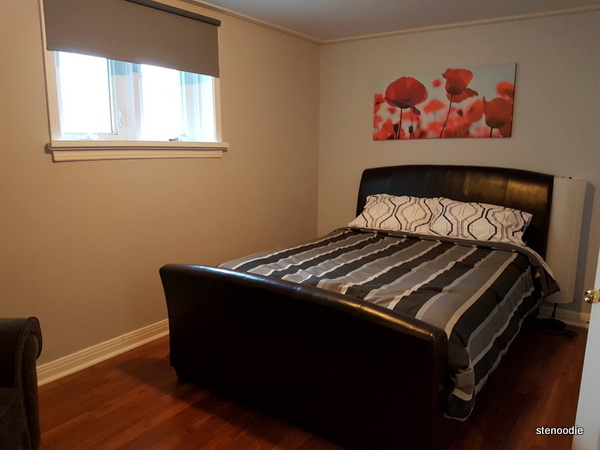 The bathroom was also renovated to a modern look. 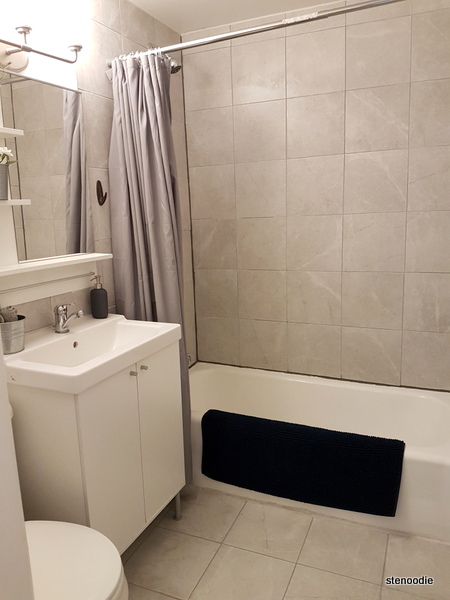 It was weird how on the morning of the day we were to leave that there was no hot water in the pipes.

I’m also thankful that on the second day, I was reunited with my lost phone.  I had accidentally dropped my phone onto the driveway without knowing when I was getting out of the car.  Luckily, the owner was around and just so happened to see my phone on the driveway and knocked on the door to return it to me.  Phew!

There was parking on the driveway for us too.

The key access was an electronic numerical system which made it so easy to go in and out.  Yay for keyless access!

It was definitely a great first Airbnb experience for me! 🙂

(Looking at the listing again, it stated there would be shampoo, body wash, and towels provided but this wasn’t true.)