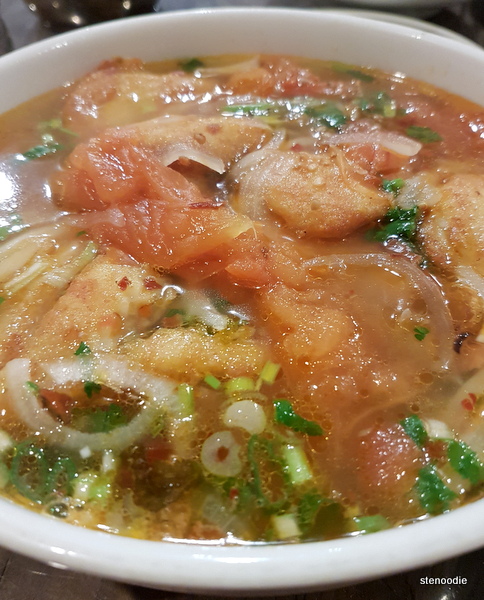 February 10, 2018:  I really liked that our Airbnb was so close to a string of restaurants on the main street (in Vanier, Ottawa). One of these restaurants was Pho La Express, a Vietnamese restaurant.

When we walked in 8 p.m. ish, there was only one other dine-in party while the others later that night were take-out orders.

We wanted something fairly soupy and light so this restaurant was the right place to go to. 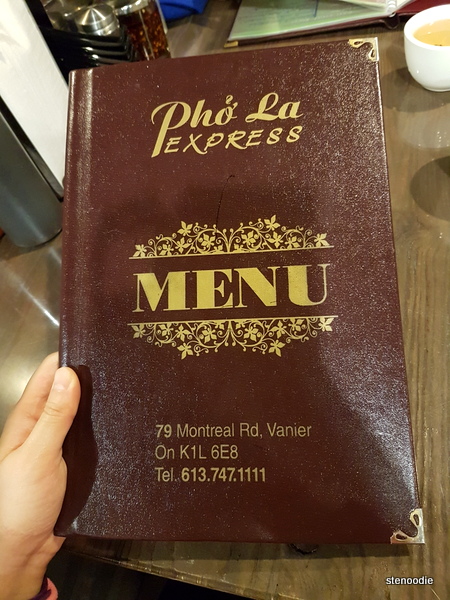 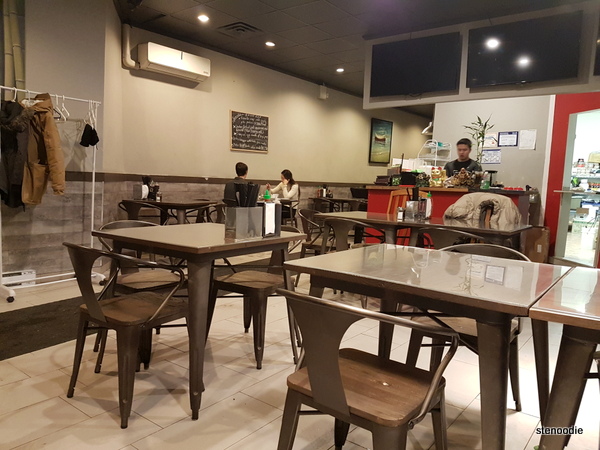 We started with the Fresh Shrimp Rice Wraps.  I liked how refreshing these were.  It was new for me to have these served with a peanut sauce rather than the usual sweet soy paste.  The rice roll was so fresh. 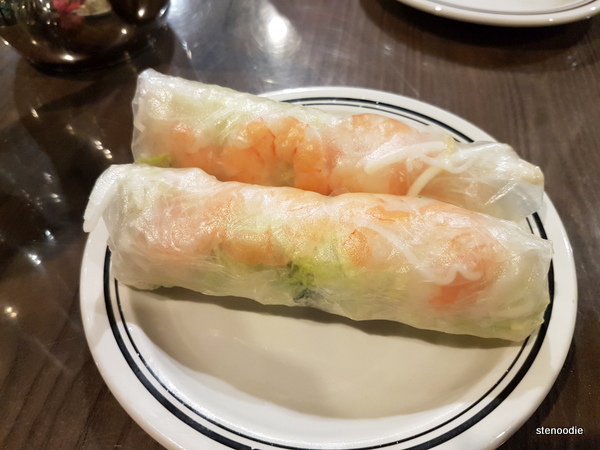 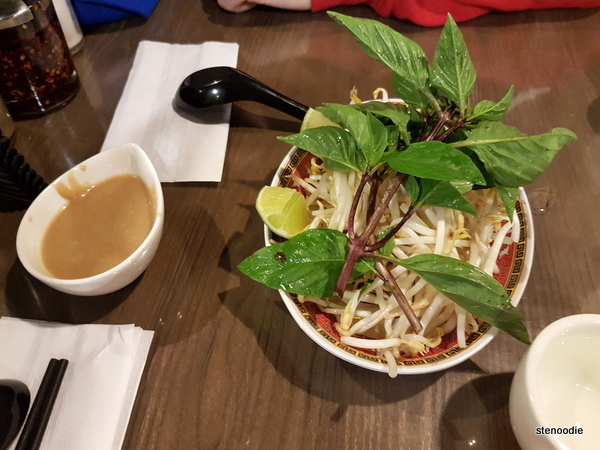 Peanut sauce and accompaniments for the pho 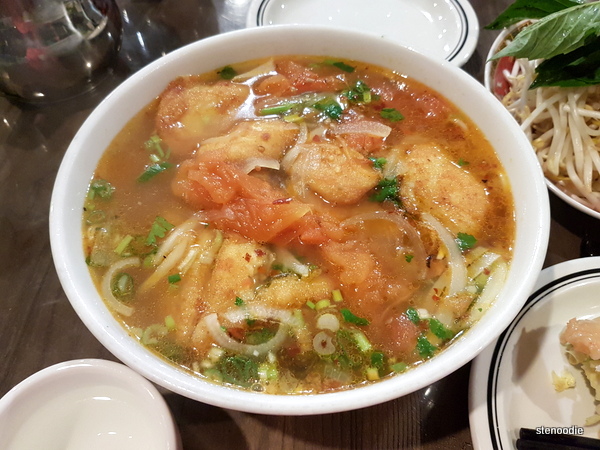 I ordered the Mini Fish Patties and Tomato Soup Bun Cha Ca thinking it was going to be light in taste with a tomato soup.  It turned out to be more savory than I imagined with some chili in the soup and the “mini fish patties” being fried fish fillet.  I liked the fried fish fillet slices though.  The tomato soup was tomato-y but definitely was heavier than Ken’s choice.  The rice noodles were fair.

Ken ordered the Mix Pork and Shrimp Wonton with Rice Noodles.  Both of our choices were the medium size but yet was such a large portion!  His soup was definitely a clear chicken soup that was light in flavour.  His rice noodles were actually the pho noodles.  I liked the smooth pork and shrimp wontons in his. 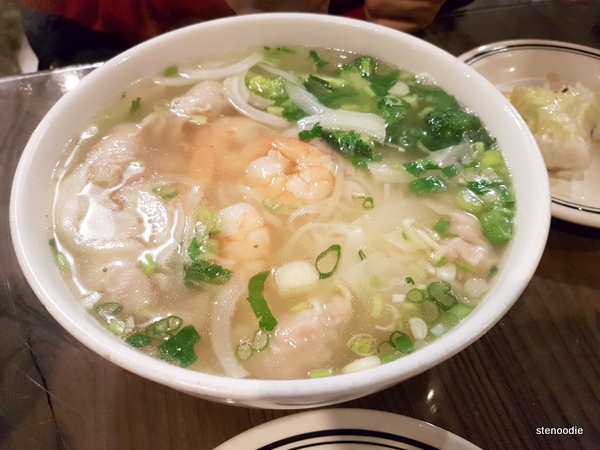 We were enjoying and savouring our food but as it got late and I noticed that the staff were cleaning up, I felt bad that we were taking so long and in fact stayed past their closing time of 9:30 p.m. and high tailed it out of there.

I had overheard the other customer as they were leaving saying that this was listed as one of the best pho restaurants in Ottawa.  So glad we got to try this out! 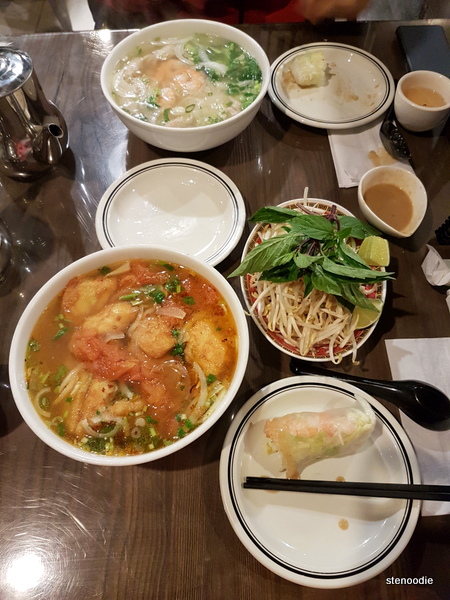 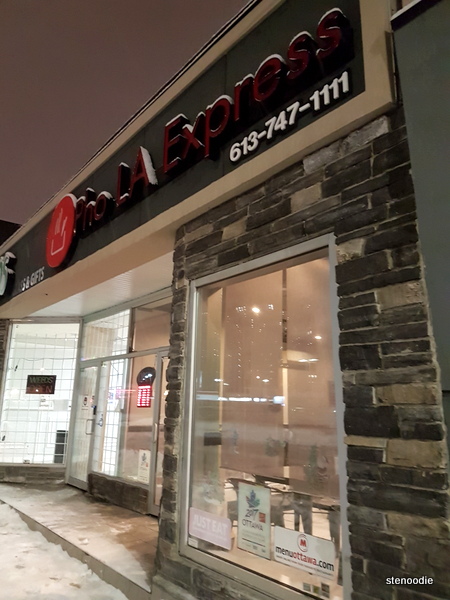 By the time we left at 9:30, even their signage had turned off its lights