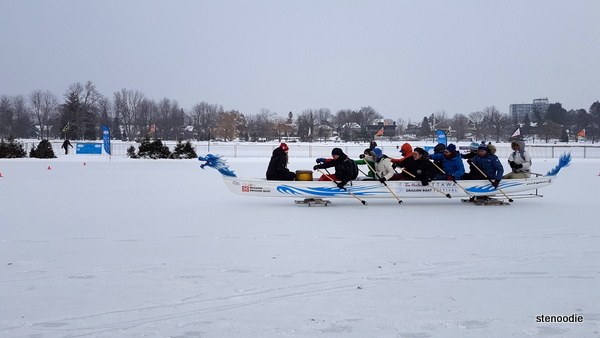 February 10, 2018:  This was my very first time watching an ice dragon boat race!  I first heard of the idea when I saw a Facebook video of this winter sport floating around.  It was really neat and I didn’t know at the time that I would be watching it live so soon!

Attending the Ice Dragon Boat Festival was the primary reason that we were here in Ottawa for the weekend.  On the Friday, we attended the practice run session at 2 p.m. where Ken raced with his teammates.  The entire race would be taking place on the frozen Dow’s Lake (flowing into the Rideau Canal to my surprise).  I didn’t know this was where the race was going to be held! 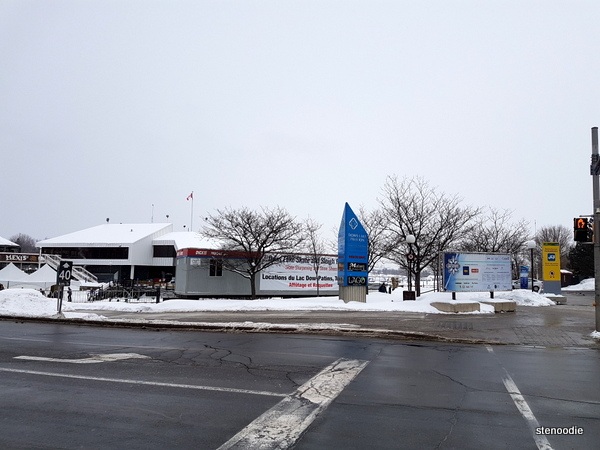 The race at Dow’s Lake 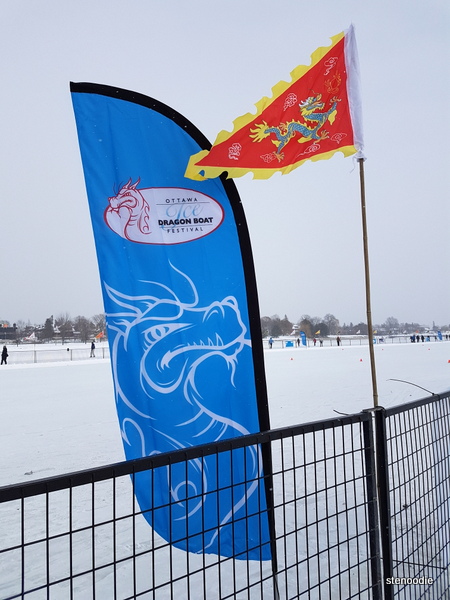 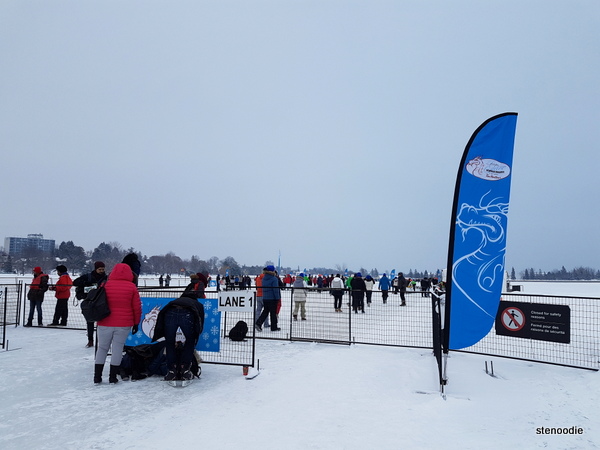 Gated area was the race track 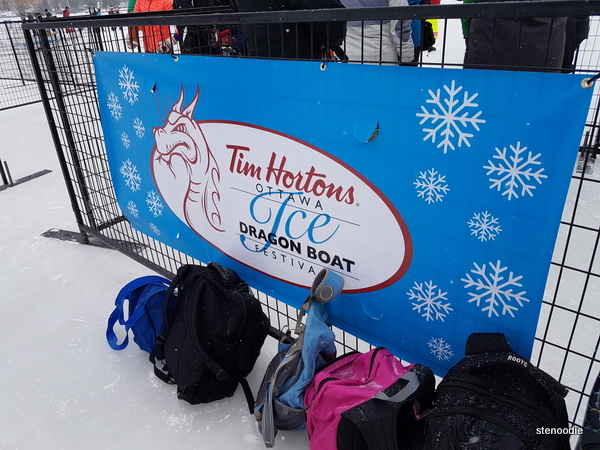 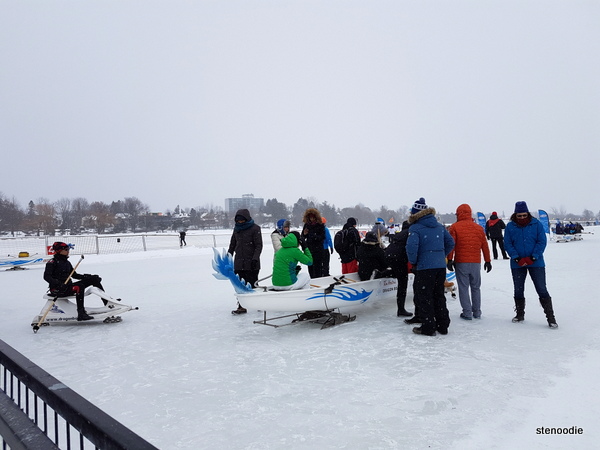 Black Ice getting into the boat 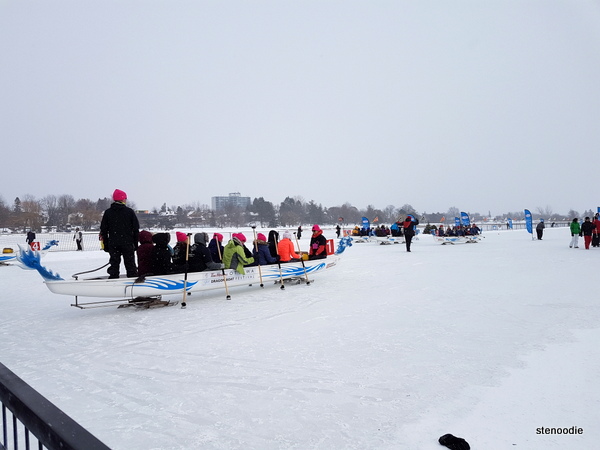 It was really neat to watch them use the winter “paddles” to stomp upon the ice in order to propel themselves forward.  It looked more difficult than regular dragon boat racing in the water. 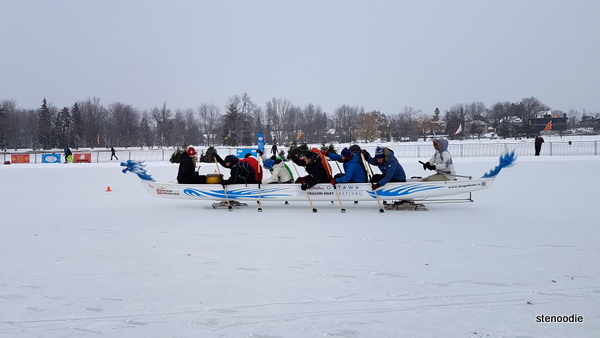 The next day, the racing was on!  They had realigned the area so that the spectators were on the side closest to the road.  There were much more people here than during the practice run.  There were skaters gliding along the Rideau Canal already too and a glitter station from the “Colourful Chameleon” set up for face painting.  Although Tim Hortons was a sponsor for the race, they only provided refreshments to the volunteers and none to the participants. 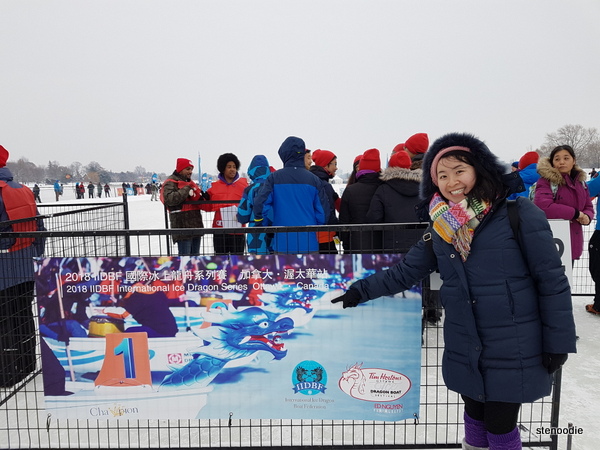 So cool to get to be there!

The first race was at 8 a.m.!  We arrived by 7:30 a.m. so that Ken could unite with his team and warm up.  This time, since they were again in Lane 1, it was harder to watch them row during the first race.  There were a lot of teams and it was fun to see what the teams named themselves.  There were some creative names like “Mixed Berries” (they were from Barrie), “Frosted Flakes”, “Blades of Fury”, and “Super Stroker”. 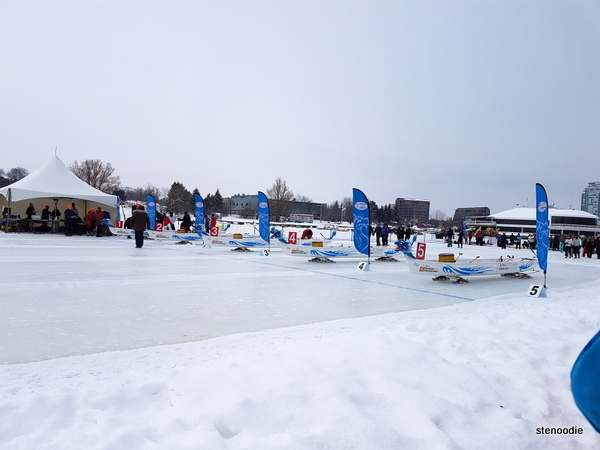 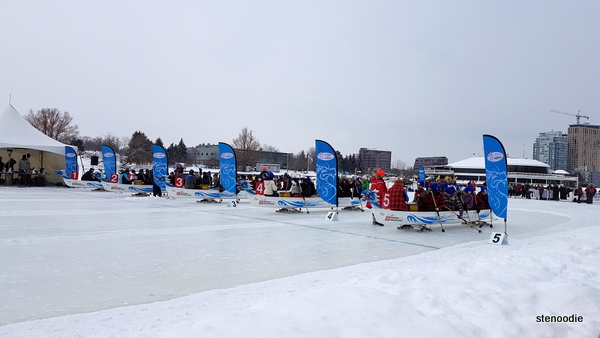 There was some down time after the first race so we tried to find a coffee shop within the area and ended up at RAW Pulp + Grind.  The second race was at 11 a.m.  This time, they were in Lane 4.

After the race, we had to wait until the results were announced to see if Ken’s team would make it into the next round of racing (which was at 3 p.m.).  We went for lunch at Fumi’s in the meantime.  We did receive notification later that they didn’t make it into the finals so the rest of the weekend was ours for the taking.

It was a really fun and cool (literally) experience to see the ice dragon boat race!  It was part of the Winterlude activities that Ottawa put on.  As this was the second year and ice dragon boat racing is still so new, I’m quite sure that the following years will become bigger and better.  Perhaps one day this will be an official winter Olympic sport too!  I wouldn’t be surprised since it takes so much stamina, teamwork, and skill to accomplish; just like any other winter sport! 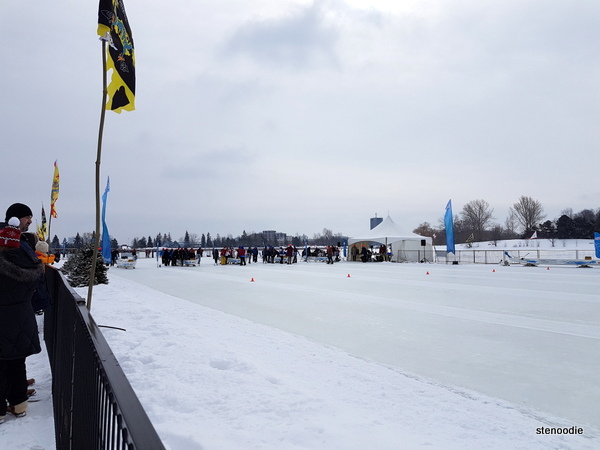 After finishing the 200m on one side, the other side was used as the start line

There was some ice dragon boat swag and merchandise being sold inside the Dow’s Lake Pavilion too and this Strike Your Own Coin vendor on site. 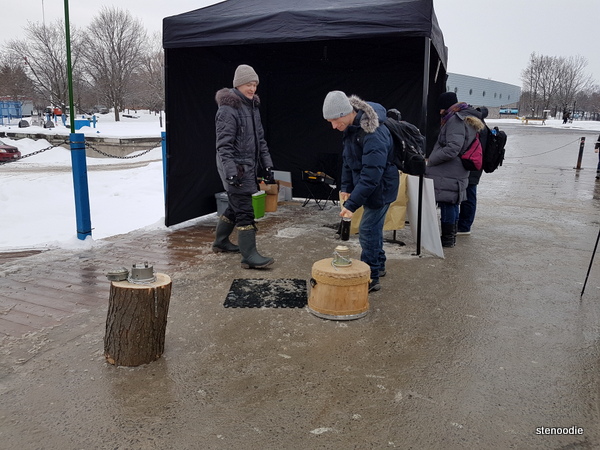 “Strike Your Own Coin” as another fun vendor on site