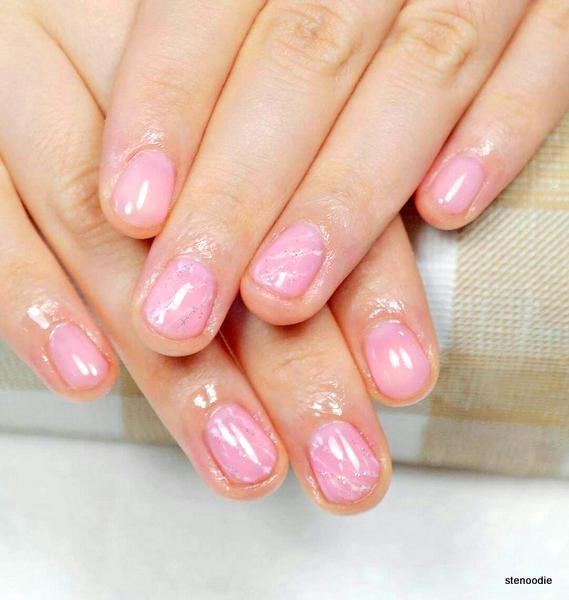 August 31, 2018:  I haven’t gotten my nails done professionally in a long, long time.  The last time must have been a pedicure back when I convocated from university!  As I was leaving for a vacation and feeling up for some fresh, lasting nails on the two-week trip, I sought out a friend who recommended Lulu Studio to me.

I checked out Lulu Studio’s work on her Instagram page and liked what I saw.  I messaged her and was able to book an appointment.

Lulu Studio is located on Major Mackenzie Drive East in Markham, which was super convenient for me to get to.  The nail studio is actually based right inside her home, so the driveway is a little limited and cannot fit more than two cars.  Also, when you drive along Major Mac for the first time to get to her place, drive a little slower as you might easily miss her house.  It’s one of those standalone bungalows along a big major street.

I walked in and was early for my appointment, but Lulu quickly took me in anyway.  I was immediately impressed with the setup and professionalism of her little studio.  The entire living room was taken up for her nail studio.  Along the wall were racks and racks of nail polishes all lined up as well as booklets with nail colour and nail art samples.  It was all very organized.  There were two bright white lamps on the client table which faced shelves stocked full of nail art pieces neatly arranged in transparent boxes.  I knew right away that Lulu was a seasoned professional.

I picked the colour and nail art that I wanted for my manicure.  Lulu had everything from marble nails to fur nails to stick-on jewels and crystals to fake nails and more.  My goal was to have a solid colour with a simple design since I hadn’t had fancy nails in such a long time.  I also wanted something that would look practical and not over-the-top when I came back from my vacation and needed to go back to work.  XD

After much back-and-forth, I ultimately picked a light pink nail colour with some white marble and silver glitter.  (I actually changed my mind from a brighter pink to the light pink since the brighter pink was a colour that I had done in the past.)

My original intent was to get gel nails, but Lulu informed me that because my nail beds were quite small, shellac nails were better for me.  I was totally fine with this and appreciated her honesty (as shellac nails were cheaper by $10). 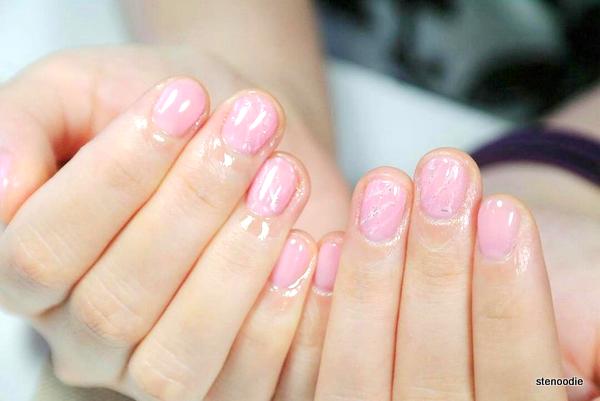 To start the process, Lulu put my hands in warm water to loosen up my cuticles.  Throughout the session, we chatted and I learned that she had been doing nails since she was 13 or so (forgive me if my memory is incorrect) and previously owned a shop in Pacific Mall.  She regularly participants in online forums where other nail artists show off their work (kind of like online workshops) to update herself on the newest nail trends.  I thought this was very good of her and it definitely showed her passion about what she does.  Lulu was very professional throughout the session and did my pink marble nails with care and detail.  She finished off the session by brushing cuticle oil around my cuticles.

The whole session was shorter than I thought.  I really liked the UV light system that she had where it turned out automatically the moment I stuck my hands under it.  It was really cool!

As I left, another girl had already parked on the driveway and arrived in time for her nail appointment.

I really enjoyed the manicure.  It was so relaxing and the results were great.  I really understood why Lulu was so recommended by my friend.

I paid in cash, but Lulu Studio accepts payments via e-transfer or WeChat too.

Once I got home though and admired my nails under natural light, it was only then that I realized that I had perhaps picked a lighter colour than I intended. XD  The light pink was so faint under natural light that it was barely noticeable (and even less though under bright sunshine as I found out on my trip).  Next time, I know to get something darker even though it might look tinted enough under her studio lights.  Nevertheless, the quality of the nails was indeed high and I’m looking forward to future visits already! 🙂