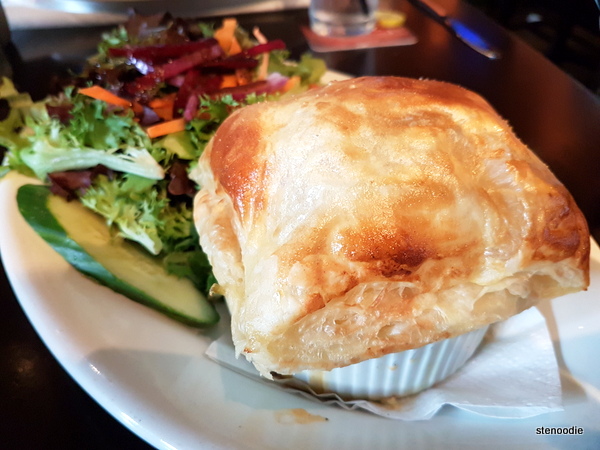 September 2, 2018:  For our two-week trip to Europe this year, we departed from Toronto Pearson International Airport for a connecting flight to Montreal.  Before our flight, we had lunch inside the airport in Terminal 1 at Mill St. Brewery.

It was a surprise to me that this location of the brewery restaurant has been in the airport since 2012!  That’s over six years ago and I never knew it existed.  It was a nice place to grab food and a quick beer before a flight.  We got a seat immediately inside the dimly lit pub and restaurant where there were also many other customers dining in.  (They have a take-out counter outside of the restaurant too if you want to order to-go, like eat some wings on the plane or something.) 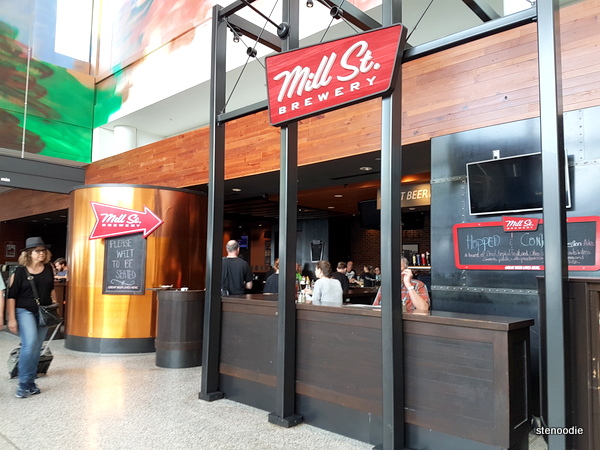 Located inside Terminal 1 (after security gates)

I was quite impressed with the number and variety of items that they had on their menu!  There was everything from common breakfast to burgers to classic pub food selections to Asian fusion dishes too. 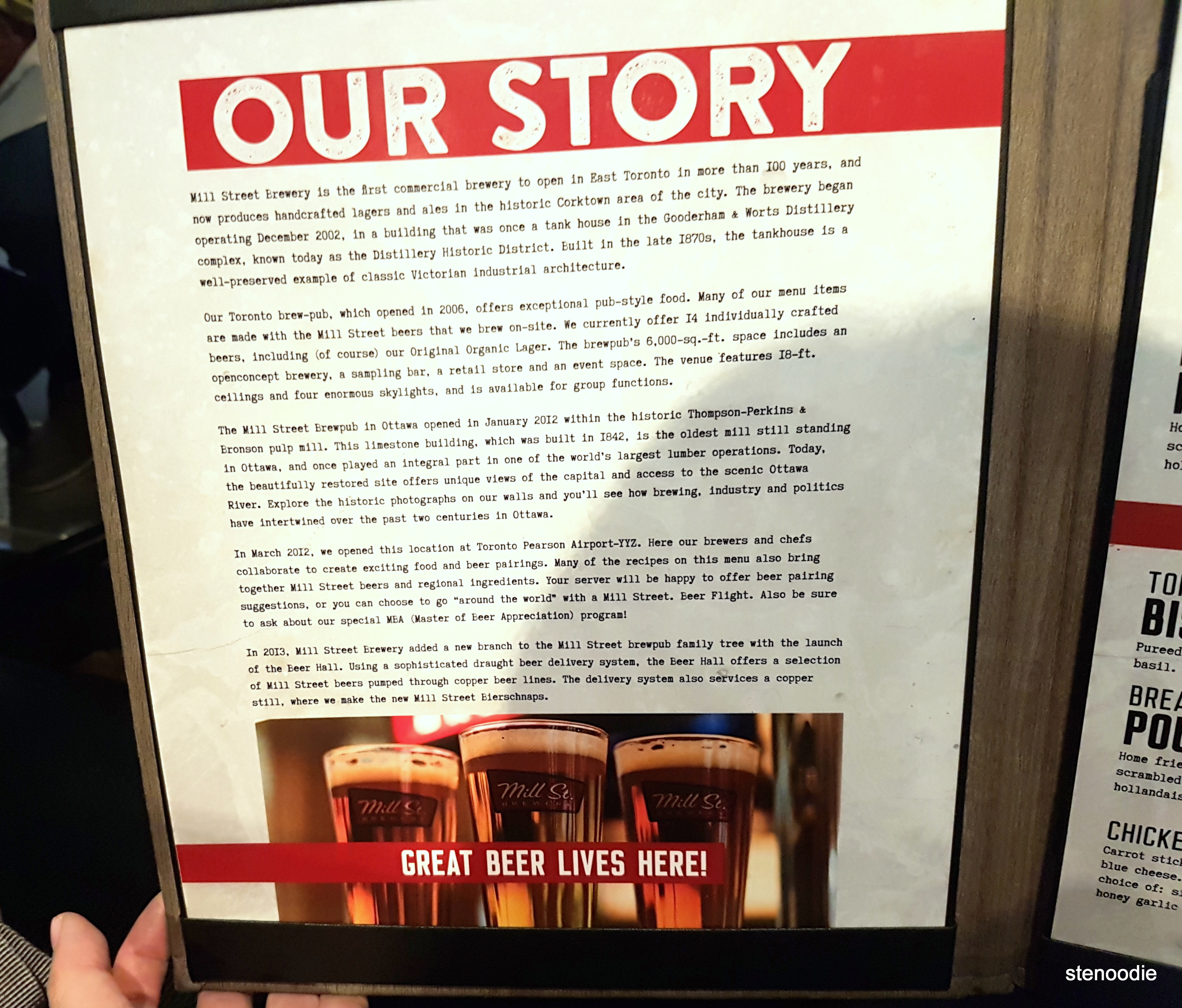 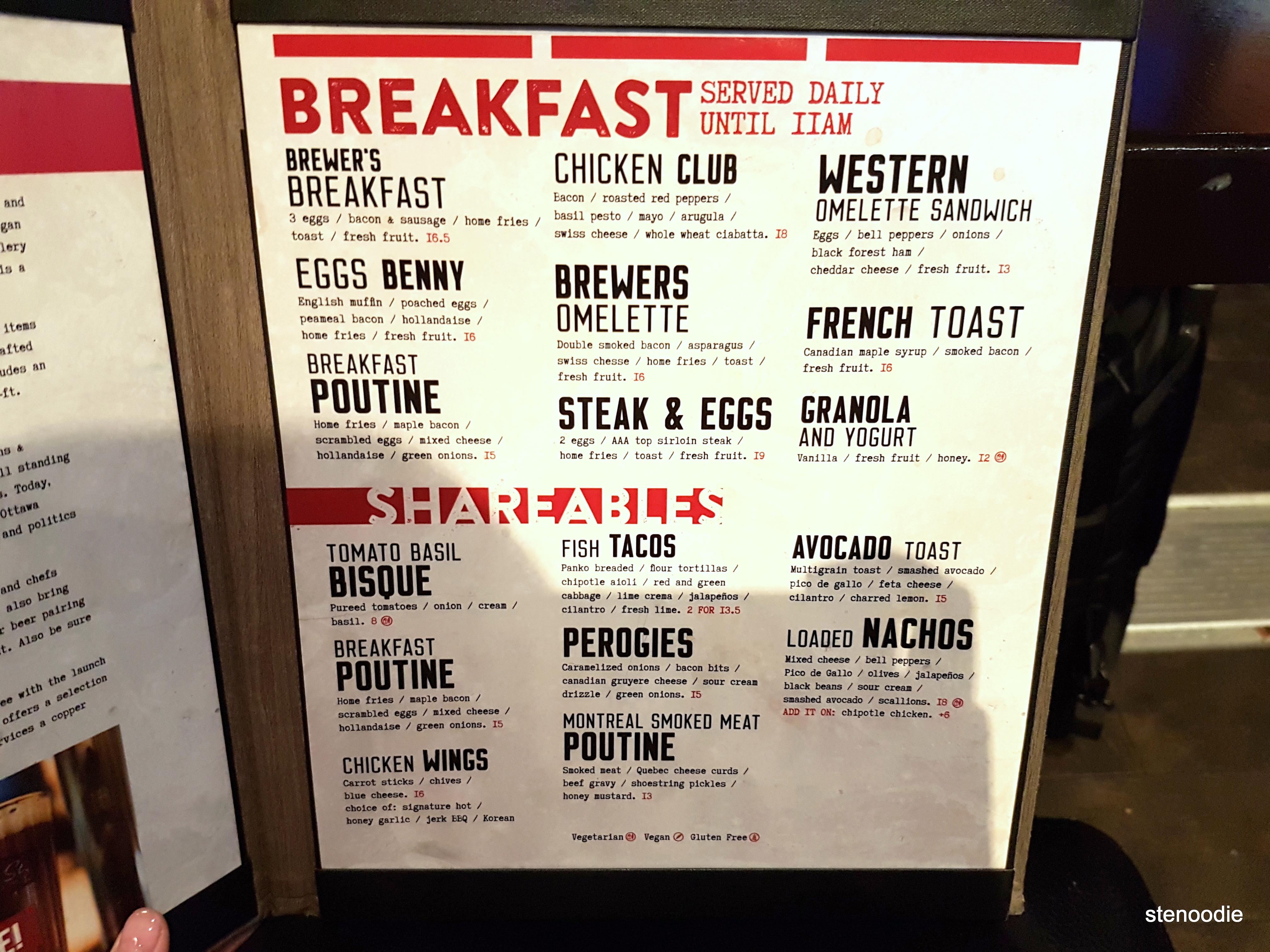 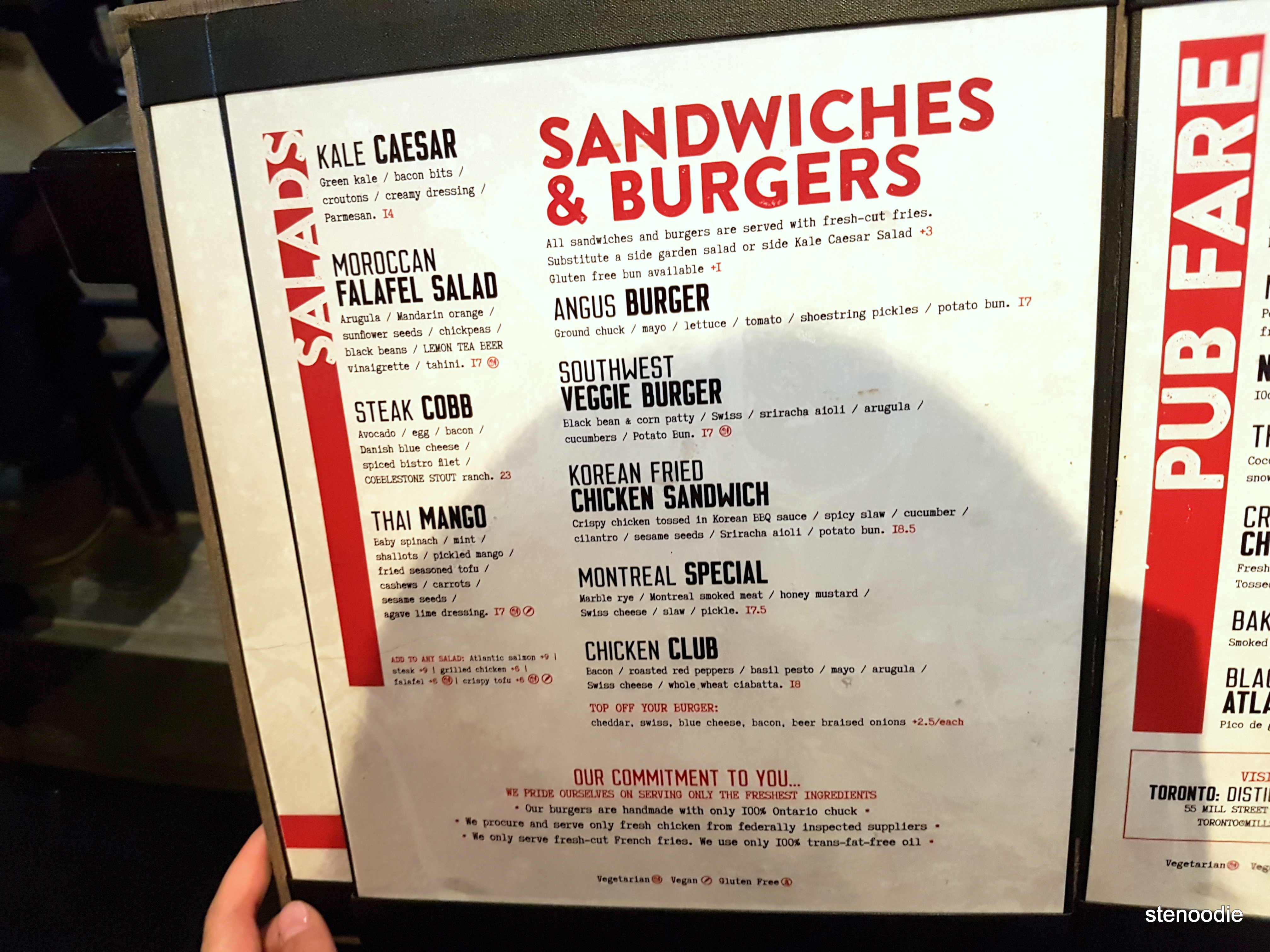 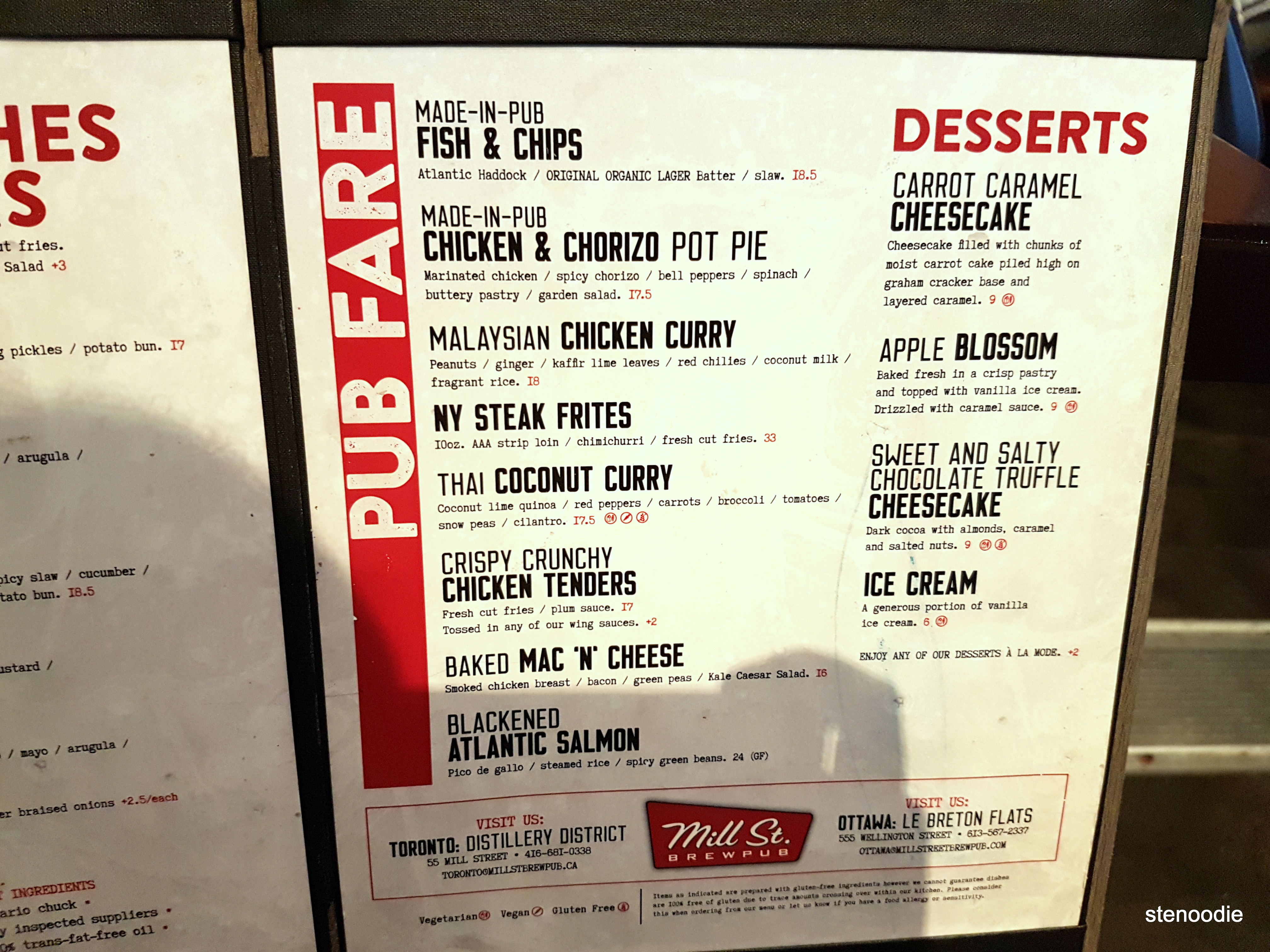 I was feeling up for something carb-y like comfort food.  Unfortunately, the baked mac and cheese dish that I wanted to order was sold out already.  Thus, I ordered the chicken and chorizo pot pie instead.  Ken ordered the chicken wings in jerk sauce. 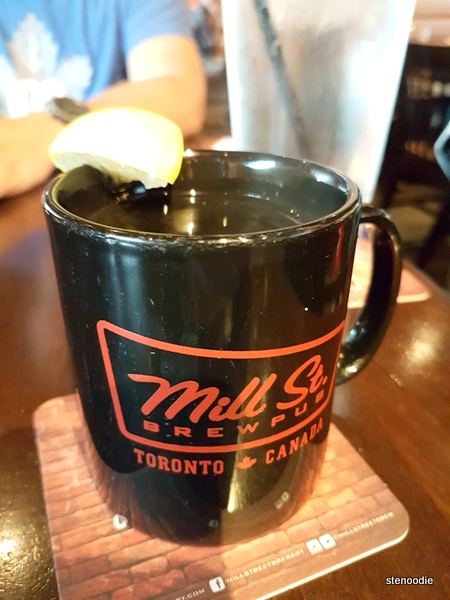 My hot water and lemon 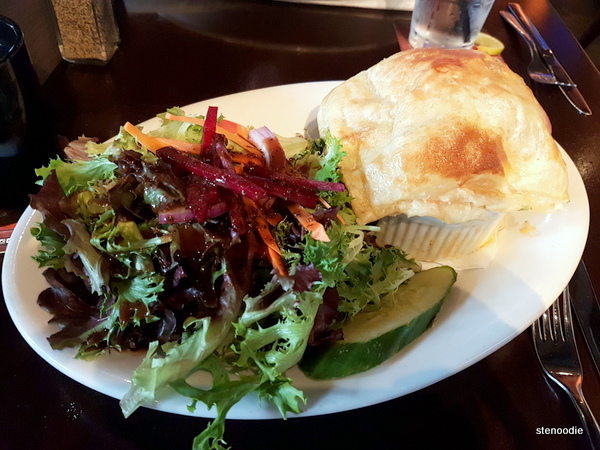 The Chicken & Chorizo Pot Pie was pretty good.  The pastry skin was so buttery and nicely crispy.  It was especially delicious when dunked into the soup.  The steaming hot soup contained lots of vegetables, two chorizo pieces, and a few pieces of moist chicken breast.  It was a tad heat-y but not spicy at all.  The garden salad with the vinaigrette was so good and its acidity complemented the saucy pot pie perfectly. 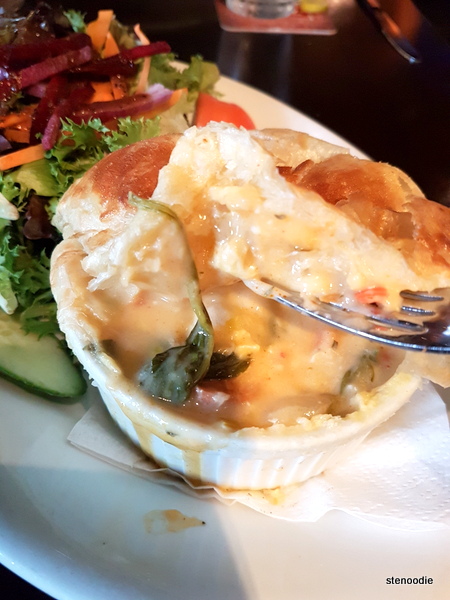 Pastry was so good. Not a lot of chorizo in the dish though

I thought that the Chicken Wings tasted more like Korean style sauce than jerk BBQ sauce.  It definitely wasn’t jerk sauce to me.  Maybe they gave us the wrong sauce?  (Korean sauce was indeed a choice for the wings.) 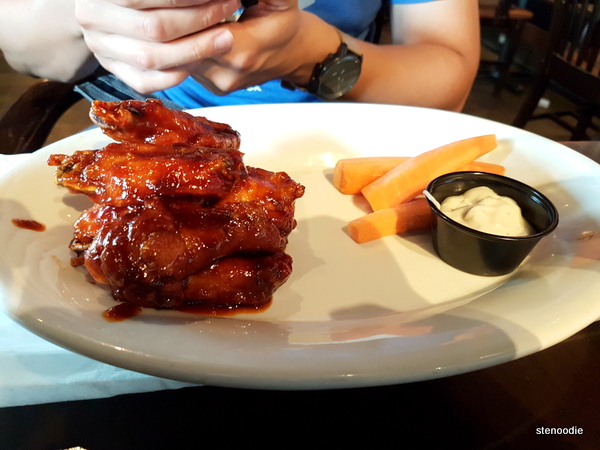 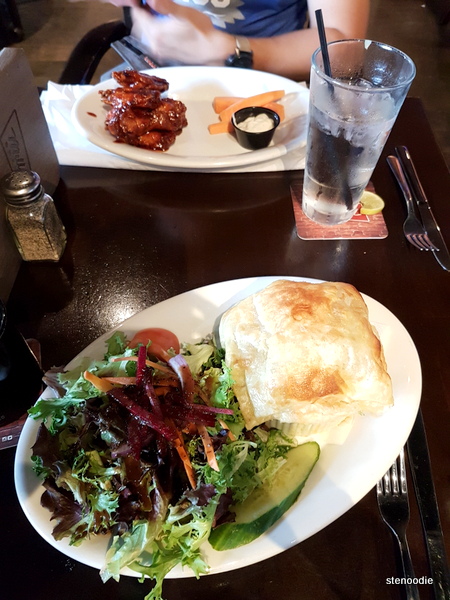 It was a lovely meal before our flight!