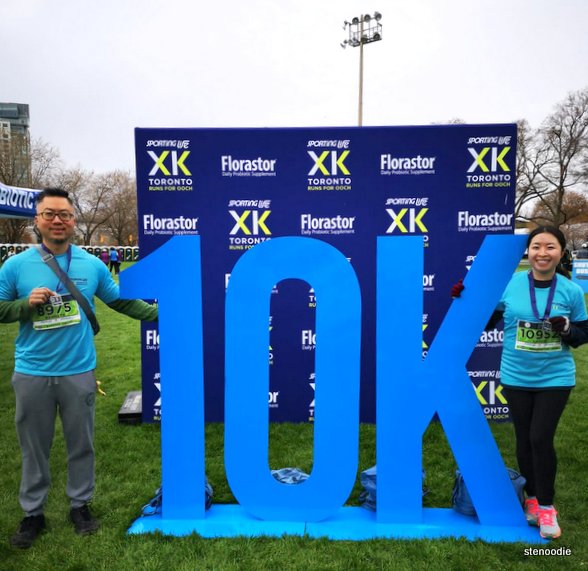 May 12, 2019:  I participated in the Sporting Life 10-kilometre run/walk in Toronto again this year!  This was my third time participating overall (I participated back in 2014 and last year, 2018).  This downhill event features closure of Yonge Street in Toronto with thousands of participants every year.  The support of the proceeds goes to Camp Ooch, a camp for kids with cancer.

This year, we didn’t have time to train extensively, but I attended more cardio-heavy Zumba classes than usual in the two weeks prior to the run to somewhat prepare myself.

The start line was at a different spot this year.  It started at 1950 Yonge Street (north of the Davisville subway station).  It’s 1.2km south of the previous start line location.  The finish line remained at Fort York Boulevard, in the same location like in previous years.  (To remain the same 10K distance, the course wound through the Financial District area a bit more.)

This year, the weather was much more windy and cooler than in years past.  I remember how usually towards the end of the run when the temperatures would warm up, but this year the temperatures actually dipped by the time we neared the finish line.  It was definitely not something we expected. 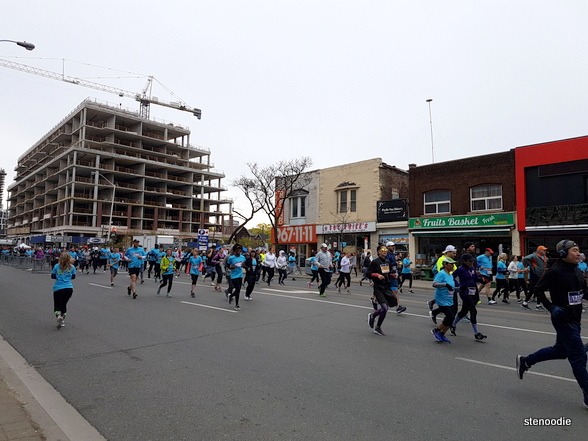 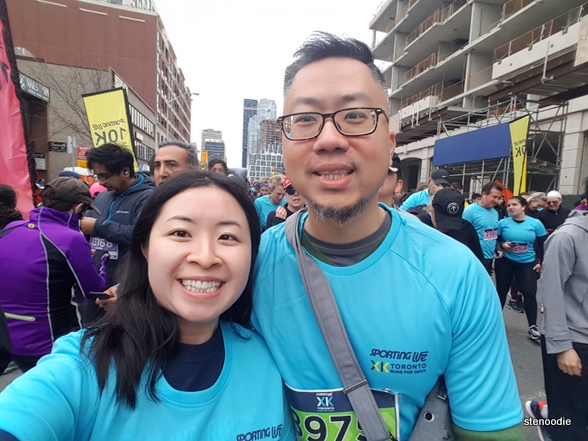 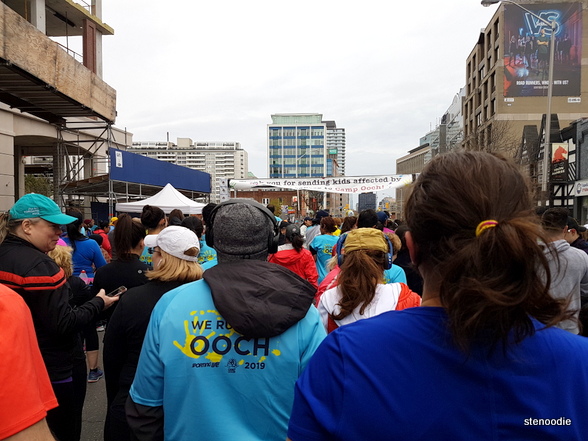 Last year, I remember running up to the 7K point before I walked the rest of the way.  I was hoping this year to maintain the same goal but alas when I got to the 3K point, I felt my right calf getting sore and thus had to stop jogging and walk instead.  I need a better running posture.

It was nice once again to see people of all ages and backgrounds participating in the run.  I looked forward to seeing all the familiar buildings and intersections as we crossed each one.  I also enjoyed the humorous signs near the last kilometre that I had seen last year as well. 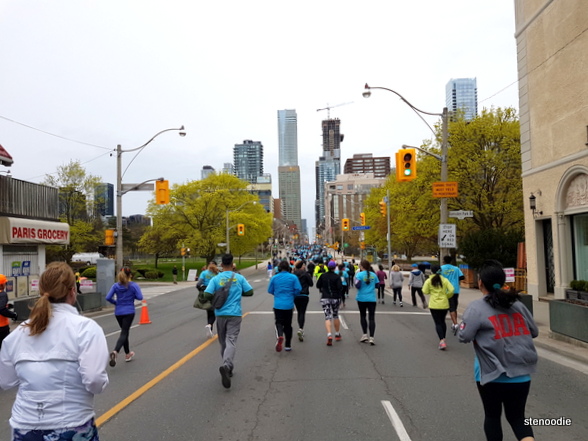 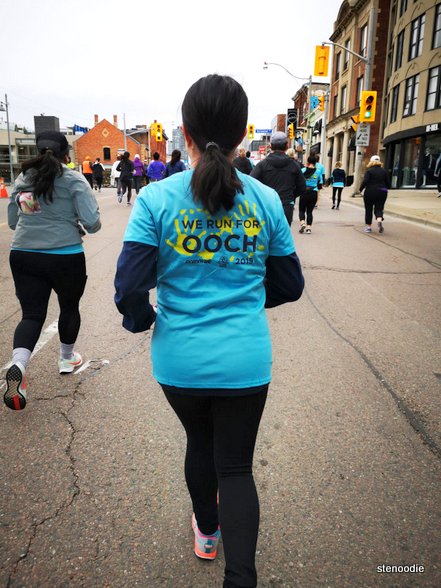 I loved the blue coloured technical shirts this year!

The food awaiting us at the finish line this year contained not only a banana and a carton of Flow Alkaline Spring Water (not pictured) but also a muesli pastry (it was so soft and tasty) and a CLIF Bar.  It was nice to receive so much sustenance at the end of the run. 🙂 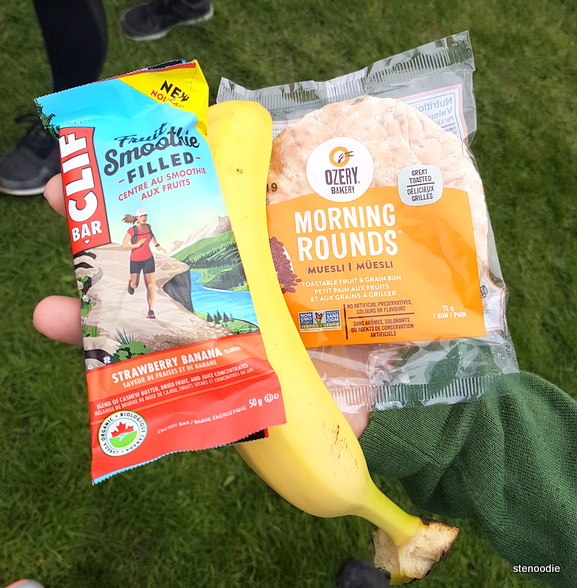 Sustenance after the run

Also, there were more sponsors this year.  There was a Flow Alkaline Spring Water booth to try different flavours of the water (love that their carton is 100% environmentally friendly), a CLIF Bar booth to try different types of their energy bars, as well as a Floraster booth where you could get a probiotic, free T-shirt, and running pack.  While their freebies were super attractive, the line-up for Floraster was incredibly long and we didn’t want to wait in the cold for it (it was freezing).  The medical tent was giving away foil thermal heat blankets, but by the time we got there, they had already ran out.  We did line up for the “10K” sign though for a photo op. 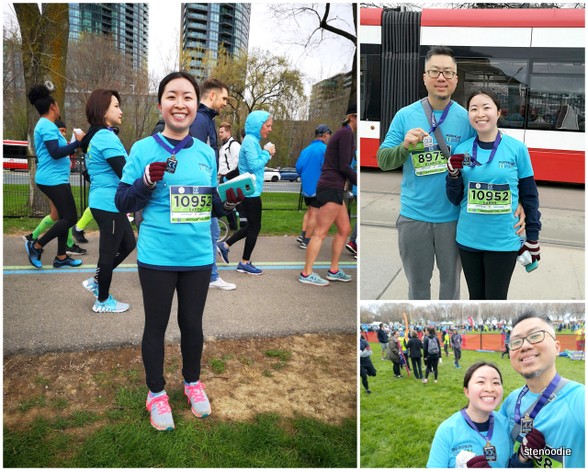 Who knows if I’ll be participating again next year for a fourth run, but I do enjoy the camaraderie of participating in one of the biggest runs of the year with so many people across the city (300,000 to be exact).  If anything, it’s also one of the best days to have brunch downtown (as you’ll see in the next blog post). 😀