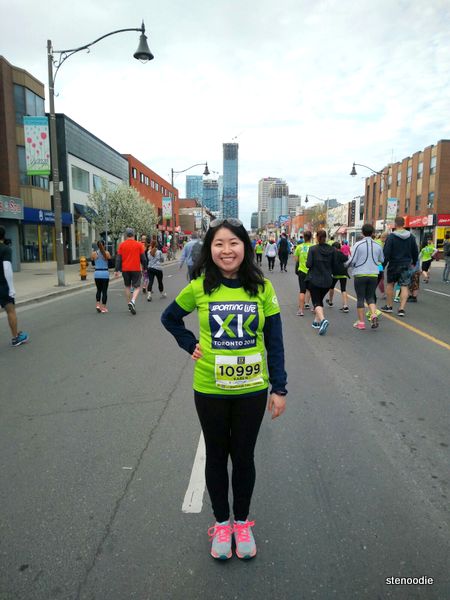 My second time participating in the Sporting Life 10K run

The first time I did it was in 2014, four years ago!  That was when I was more physically fit as I remember attending Zumba sessions more regularly and even using the treadmill more often.  Although I didn’t train specifically for that one, I did even less training for this year’s!  Unfortunately in the weeks leading up to this run, I had a slight health condition which didn’t allow me to exercise at all and thus there was no way for me even to break a sweat never mind to train for an endurance run.  I even had contemplated sitting it out entirely but I didn’t want to waste my registration.  (I knew that the funds were going to support the Camp Ooch for kids with cancer but I wanted to participate in it still.)  I even was contemplating about walking the whole thing even though it would take almost two hours’ time. 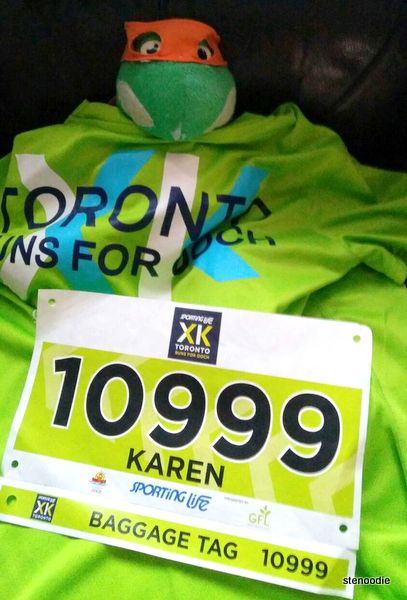 Thanks to the turtle for picking up my running gear for me! 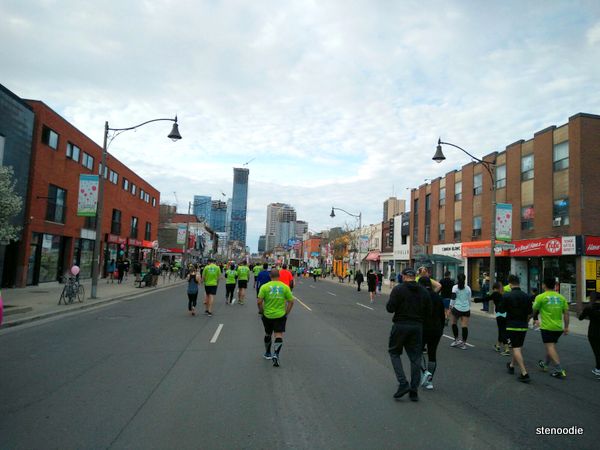 Great weather to be running

On the day of the race, I did run it.  I felt much better.  I ran for the first 7 km without stopping (I don’t like stopping and restarting again because it makes me unwilling to run again) before I had to walk it because I felt like I was running out of fuel.  That was also the second water station where I slowed down to take a drink and decided to walk.  The last 3 km were more mentally painful to walk since time passed by slower than if I had ran it.  I also felt quite sore in one of my legs and I was starting to limp a bit near the end. 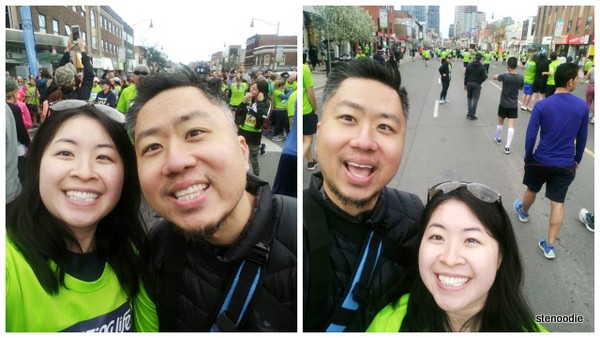 Selfies before the start line 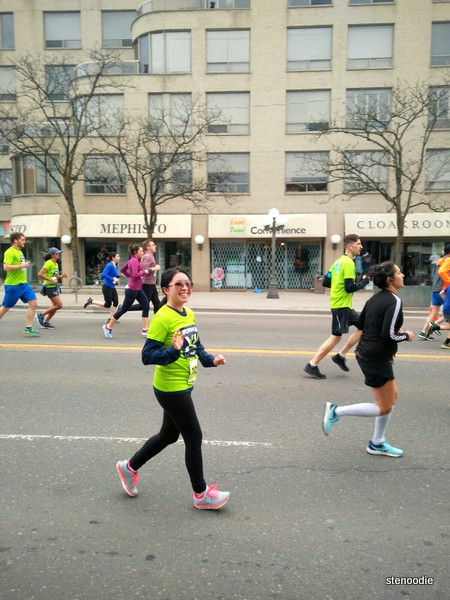 A paparazzi turtle took photos of me as I ran 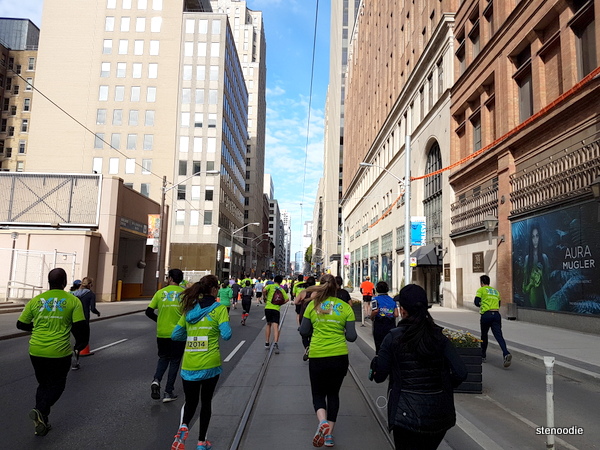 So cool to run with thousands of others in the city 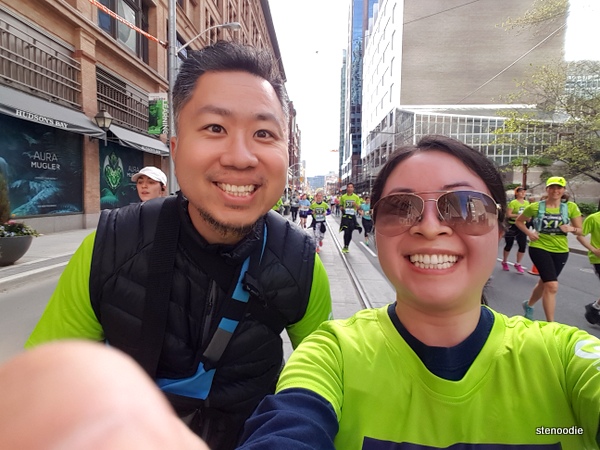 Luckily, we did across the finish line and finished in about an hour and a half’s time.  I looked at the time it took for me to run four years ago and it was only 13 minutes faster than this one.  I guess if I had ran the rest of the 3 km, I probably could have beat my time four years ago.  XD 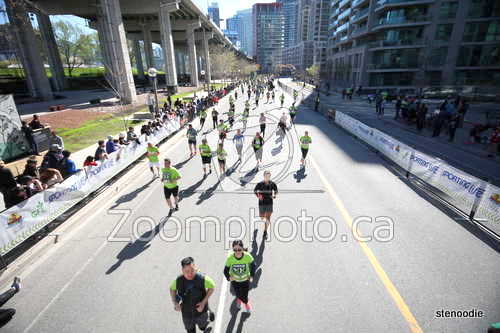 Run to the finish line! 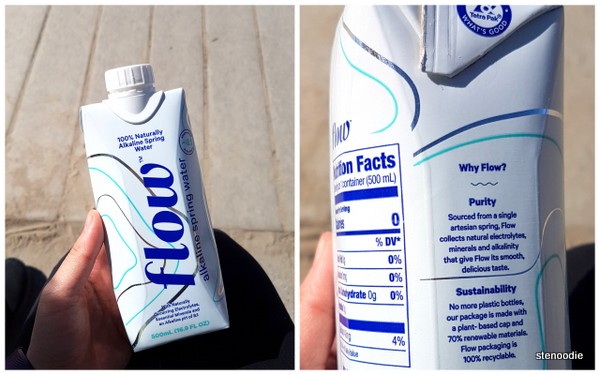 Carton of Flow water. So much better than plastic bottles!

There were a lot more people at the finish line this year than in 2014.  The organizers had sectioned off the finish area very well to ensure that the 22,000+ of people who participated would be directed to the right spots.  We each received a carton of water.  I really, really liked this idea because the box was recyclable and even the cap was plant-based!  It’s such a better idea than using plastic bottled water.  Why can’t all plastic bottles be replaced with these carton ones?

They were also giving out bananas (I remembered that from 2014 too).  We also received our finisher’s medal which featured more of the fact that it was a 10 k race than the Camp Ooch logo, something we found a bit off-putting. 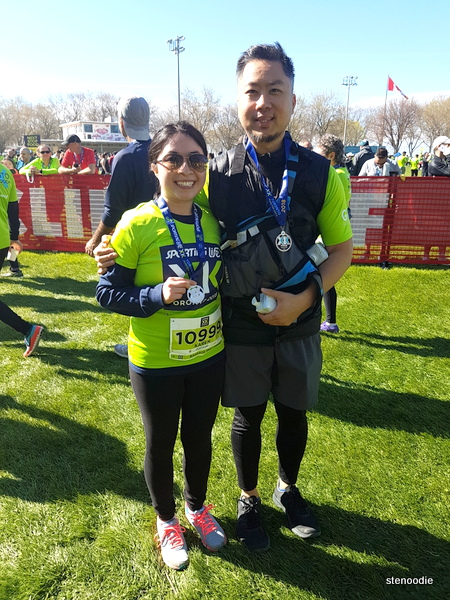 I’m glad that I participated again this year.  It was a relatively cool and gloomy day that I was grateful for.  It made for a much more comfortable run.

Seeing all of the buildings along Yonge Street again was a familiar sight.  It was also nice to spot some participants who were wearing the 2014 T-shirt.

(When we initially arrived there, we were able to weasel our way to the first wave of runners even though we weren’t registered to be in that one.  [I remember I did the same thing in 2014 and no one batted an eye.]  This year though, one of the volunteers was more vigilant and actually spotted that we weren’t of the correct colour corral and asked us to head back to the correct one.  However, we sneaked past her and were able to head into the first corral.  We did this because we wanted to finish the race earlier due to a prior commitment.)

I’m grateful for my bb who stuck by me all during the entire race and didn’t forge ahead even though he could have. 😀