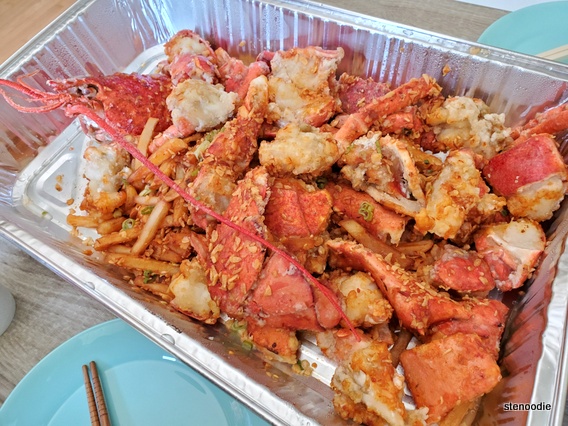 To celebrate Father’s Day this year, I decided to surprise Ken with a lobster feast from Fishman Lobster Clubhouse Restaurant (魚樂軒), the best place to eat “lobster mountains” in Toronto!  I previously blogged about my visits to this seafood restaurant and how their freshly prepared lobsters are one of the best in the city and how you always get an jaw-dropping picture of the stack of lobster at such a feast.

Fishman Lobster Clubhouse Restaurant (4020 Finch Avenue East, Scarborough) is open during the pandemic and offering takeout orders for their mega lobster meals.  It was $15 per pound of lobster for 6 pounds and above.  The lobster we ordered was around 6 pounds.  (You can also order fresh live lobsters to cook at home yourself.)  During the pandemic, they only offer lobster orders and none of the usual lobster lunch or dinner combos with Chinese dishes.

The restaurant opens at 11 a.m. and for the busy weekend celebrations, there were more patrons than usual.  My mom was the one who went to the restaurant and placed the order.  Physical distancing measures were in place.  The restaurant’s tables and chairs were all moved apart to allow for adequate spacing between guests when ordering and waiting for the food.  The lobster only took around 10 minutes to cook after the order was placed.

She took the following photos for me when she was at the restaurant: 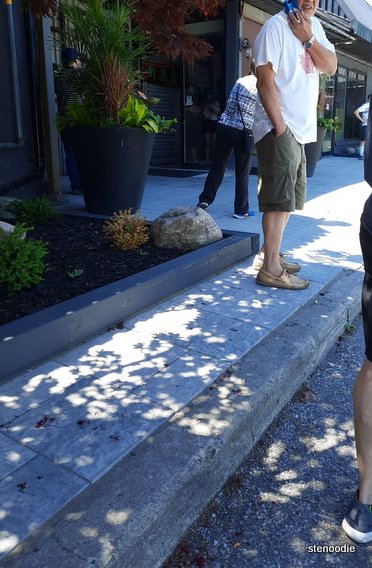 A line-up outside the restaurant 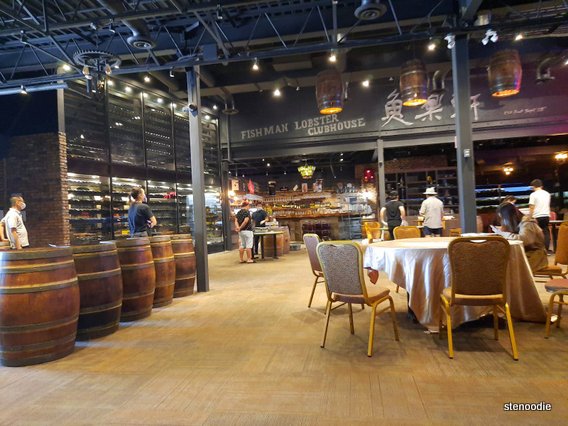 Physical distancing line-up inside the restaurant 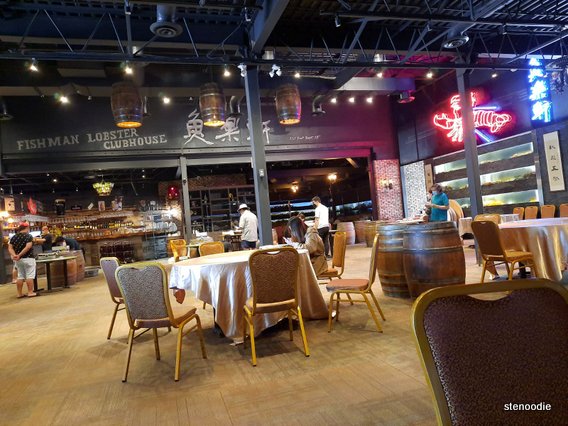 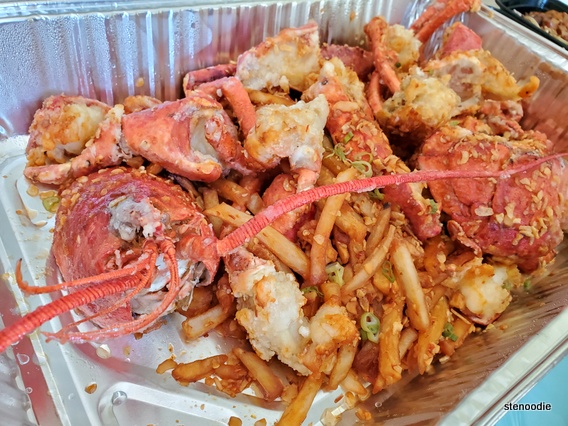 Gone are the days when the fried lobster used to be served with tiny fried silver fish.  Instead, the lobster mountains are accompanied with French fries now instead.  The large tin foil tray of 6 pounds of lobster was impressive with so many claws and pinchers and lobster parts.  It was still so hot and fresh after the 20-minute commute.  There were less fries in the tray than I expected considering how big our order of the lobster was.

The sautéed deep fried lobster was absolutely delicious with the fried garlic pieces and 避風塘 “typhoon” seasoning.  Since the lobster was so large at 6 pounds, each piece of claw and meat was so juicy and had a huge bite to it.  It was amazing to be able to enjoy this in the comfort of our home!  The fries were a great touch too but again there could have been more of it in the tray. 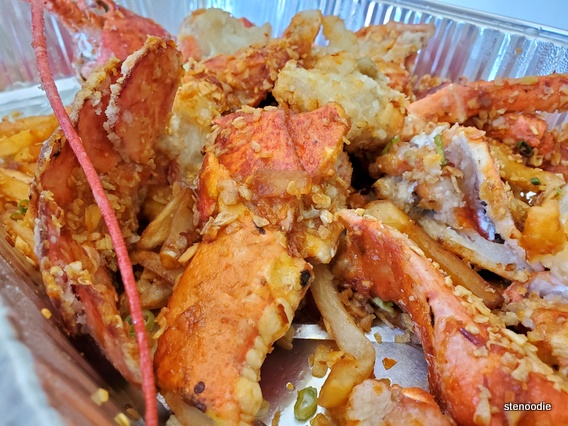 Look at how big the pieces are!

We paired our lobster feast with some e-fu noodles and stir fried beef rice noodles takeout from a local Chinese restaurant and finished off with watermelon and cherries.  😀

If you are heading there on a weekend, make sure to arrive by 11 a.m. to avoid any potential line-ups.  The line-up apparently moved quickly, but it’s always a good idea to be one of the first anyway.