Jajangmyeon at the Roll House 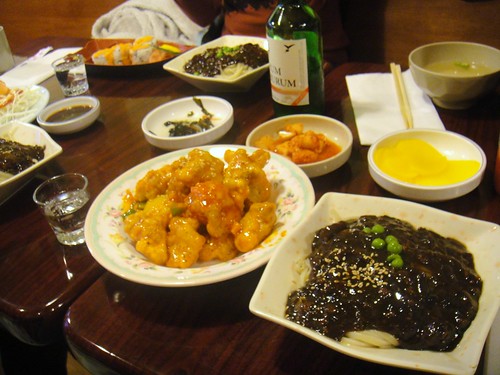 Located at 648A Bloor St W in Toronto

I’ve been to Roll House before!  Back in the summer time of 2012, several university friends and I were gathering to have dinner together in Koreatown in Toronto and one friend recommended this restaurant as having one of the best Jajangmyeon in town!

Jajangmyeon is a noodle dish that is topped with thick black soybean paste with diced pork and vegetables.  It is a classic Korean noodle dish where you mix up all the thick sauce and noodles together in your bowl when it arrives to your table. 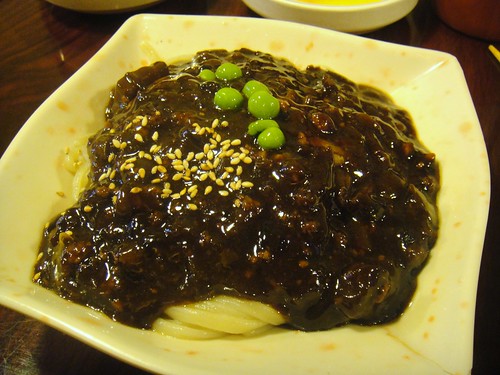 This time, after playing some fun games at Snakes & Lattes, Rosa, Yolanda, Jennifer, and I ate here at the Roll House.  I knew I wanted to order the Jajangmyeon since this restaurant served really good noodles.  They have combo sets where you can order a bowl of Jajangmyeon together with a small dish of sushi, pork, chicken, etc.  I was craving for some spicy fried chicken and chose the combo #16 which was the black bean sauce on noodle with “sweet & spicy deep fried chicken.  To my surprise — because I was expecting the good KFC-style fried chicken, crispy and whatnot, I was surprised that the plate of fried chicken I received was more Asian-style where it was simply fried chicken morsels covered in sweet and sour sauce.  Boo… I guess I shouldn’t have expected that much since the meal was cheap and only $12.50.

The Jajangmyeon  itself was really good!  The sauce was perfectly thick and flavourful and when combined with the noodles, it tasted great! 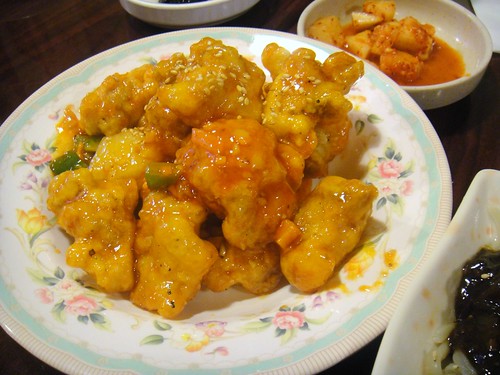 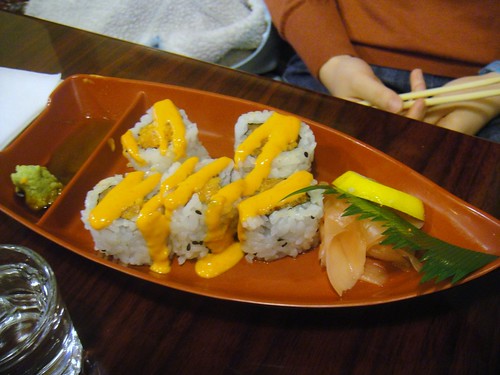 Rosa got the spicy salmon roll to go with her bowl of Jajangmyeon.  I remember ordering that the first time I was here at this restaurant too!  Yolanda ordered the deep fried breaded pork.  It was all right; it didn’t really seem authentically Korean.  Jennifer had the bibimbap.

The banchan was fresh and good!  I liked the seaweed one. 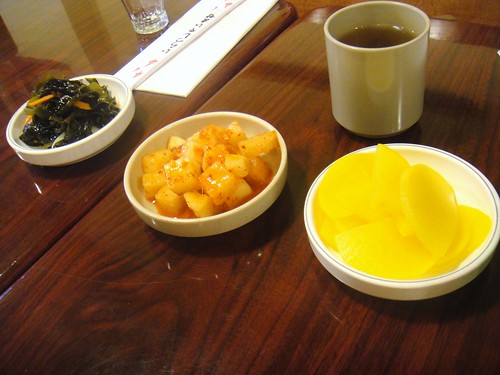 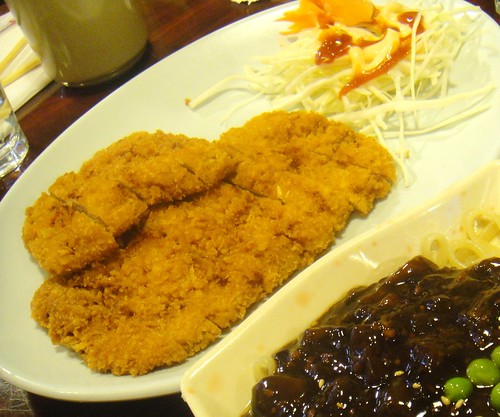 We also ordered a bottle of soju to share.  I haven’t had soju in a while and had forgotten how it tasted like.  After I had my first sip, I remembered why I don’t usually order it….  it doesn’t taste very good lol.  I like flavoured soju instead!  It tastes like juice and you can actually get really drunk from it quickly because it tastes like juice. 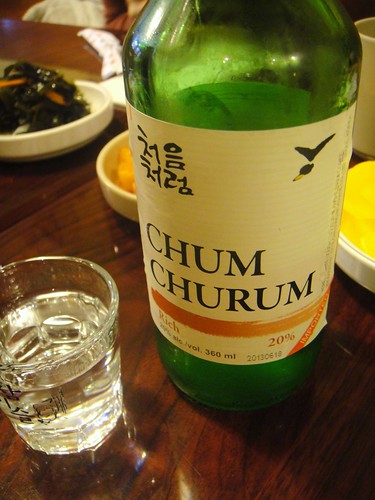 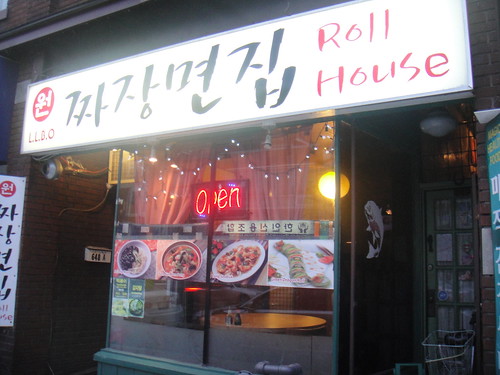 Roll House from the outside

The staff at Roll House are Korean and don’t speak very much English.  That’s how you know when a restaurant is authentic or not! : ) They play Korean shows on their TV screenss and there are so many Koreans that dine there.  You know it’s good when even Koreans go there for food.  Also, don’t be confused by its name.  Even though it’s called Roll House, as you can tell by this post, they do have other Korean dishes other than rolls (sushi).

4 Responses to Jajangmyeon at the Roll House