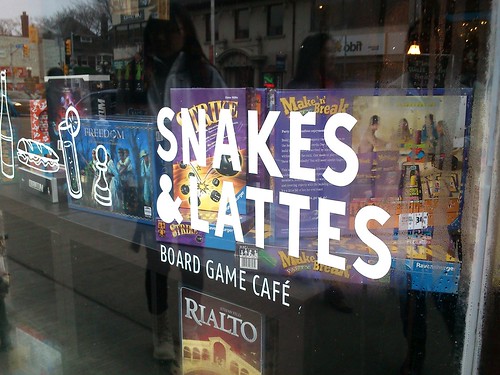 Snakes & Lattes is a board game café and was the first one to open and gain prominence in Toronto.  The idea is simple:  You pay a cover of $5 to enter the cozy establishment with friend or two or more, choose a board game from the array of choices on the bookshelves, and sit down and play.  You can play for as long as you want in Snakes & Lattes, trying out new games or sticking to the classics.  The staff on hand are very helpful to explain and teach you new games or to help you find a game if you are lost among the multitude of choices in the back of the café.

As it’s a café, there’s no way that it’s just plain board game playing!  They also feature an extensive menu of drink, light snacks, and dessert.  What I love about Snakes & Lattes is that it’s a very comfortable environment to spend a rainy afternoon which is what two of my friends and I did last week.  We were able to play a good number of four games in the 2 or so hours that we were there.  This wasn’t my first time in Snakes & Lattes, but it was definitely more fun this time around.

Here are the games that we played!

We really liked the Guesstures game.  I’ve never been a huge fan of charades since I’m not very good at acting.  However, this was very fast-paced and fun! 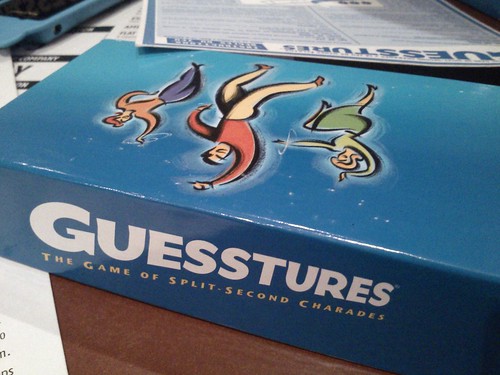 I also really liked the Ghost Blitz game with the cute little game pieces.  Another fun and simple game idea. 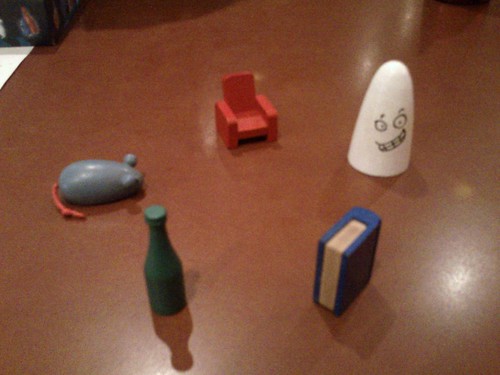 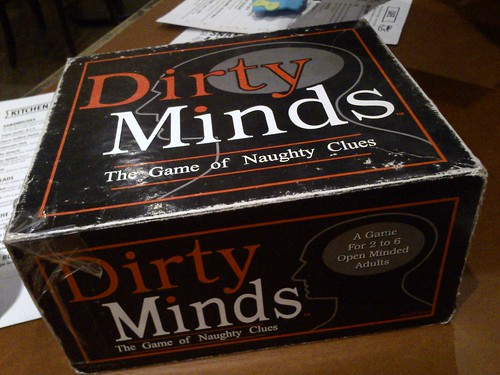 Clue is such a classic game but this was my first time playing it.  This was the Simpsons version! 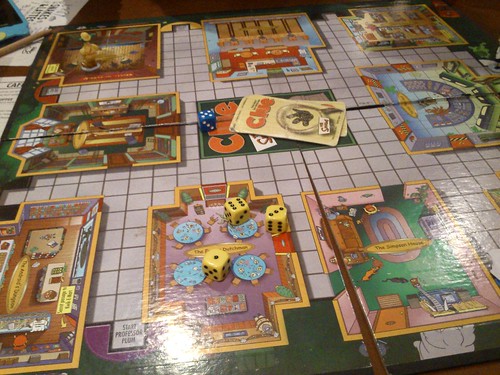 Snakes & Lattes is prone to making designs in the foam of their drinks!  Here is a picture from when I ordered a hot chocolate the last time I was here. 🙂 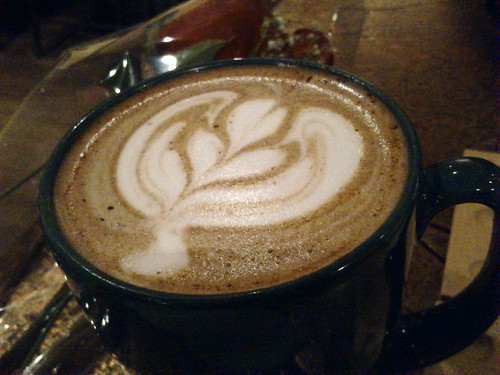 Snakes & Lattes is so popular so they almost always have a line-up of people waiting to get in.  There are no reservations so you have to make sure you drop in early as it’s first-come, first-served.  You can leave your number with the host/hostess who will then text you when a table is ready.  Since then, Toronto has exploded with many more board game cafés.  When you think about it, it really is such a smart business idea.  There’s no real servicing that you need to do since guests can sit there to play for hours on end but you do need to make sure you have a huge variety of board games, staff who can explain the games, and a nice kitchen.  S&L also sells a number of board games in store, so if you play a game and end up loving it, you could own a copy for yourself too!  S&L also has opened up Snakes & Lagers, a board game bar!

Is there anyone who has been to S&L?  What about the other “copycat” board game cafés that have since popped up in Toronto? 🙂