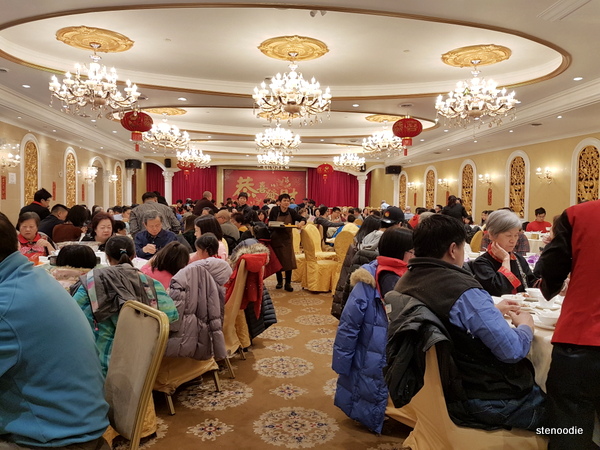 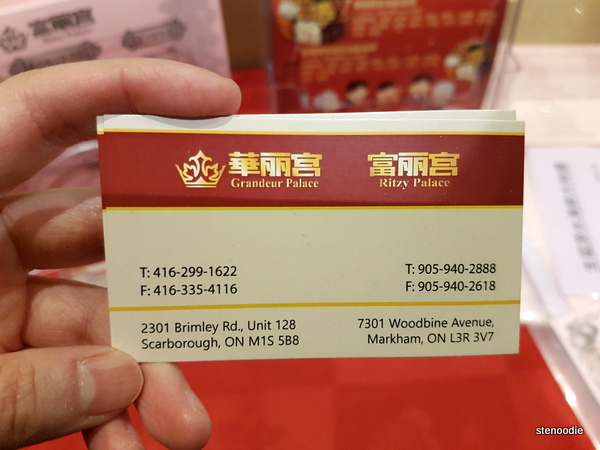 When we walked into the restaurant for our Day 2 Chinese New Year dinner (where we had made a reservation for 7:45 p.m.) and we were waiting in the foyer area, I looked at their business card and that’s when it showed that Grandeur Palace was their sister restaurant.  When we got seated and I looked around, no wonder the decor was so familiar!  The owners had overhauled the place to look exactly like Grandeur Palace’s interior.  The only difference was that Grandeur Palace was a bit bigger and had many large windows.  Here, there weren’t any windows and the space was a bit smaller.

Since my relatives dine at Grandeur Palace often, they also recognized a few of the staff that work there who are relocated to this location to work.

That night, the 15 of us ordered a set menu to share.  It was a lot of food and I was really impressed with how big the portions were.  It seemed like the portions here at Ritzy were bigger than the ones at Grandeur.  The tastes of the dishes were very good too. 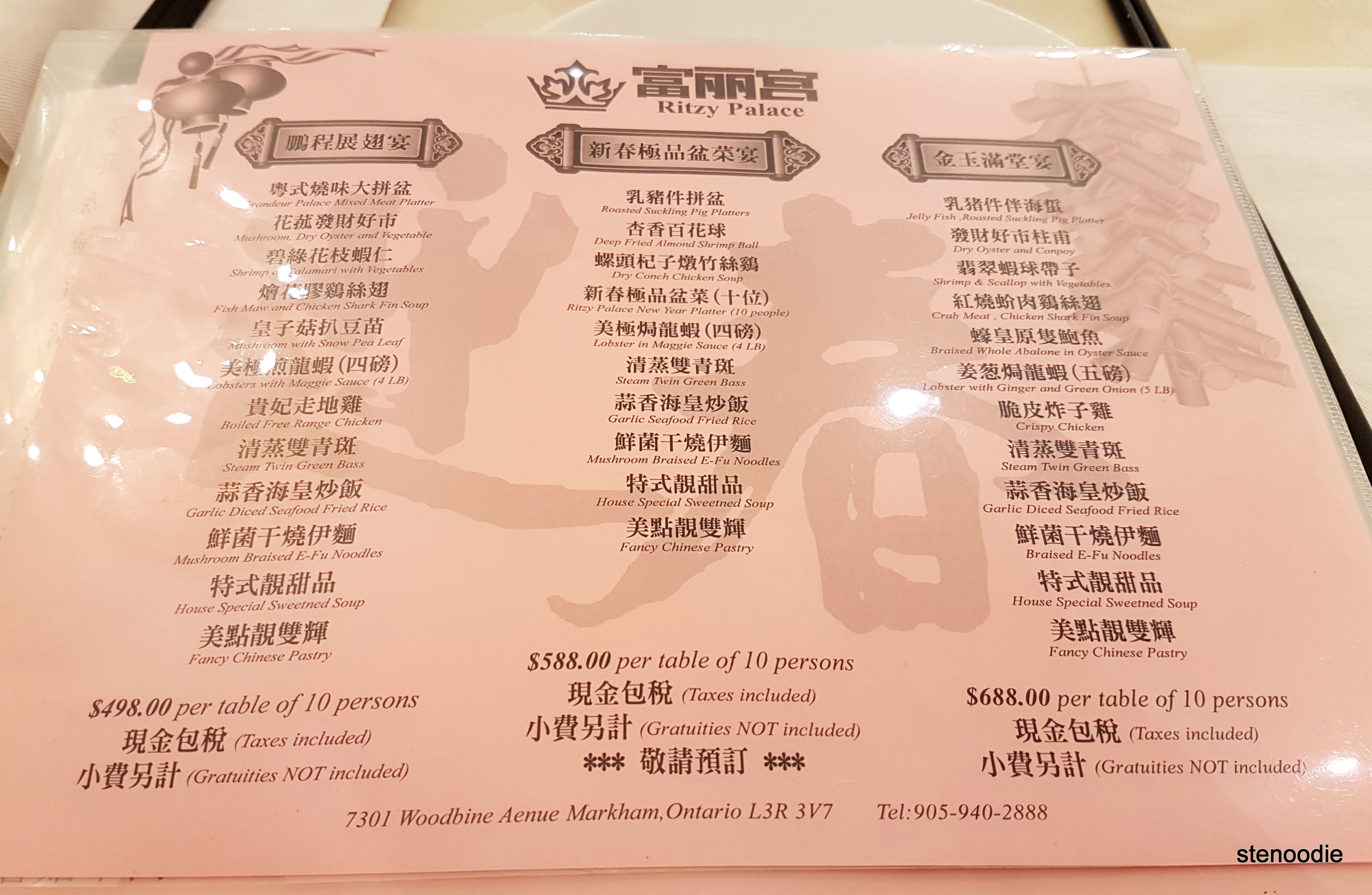 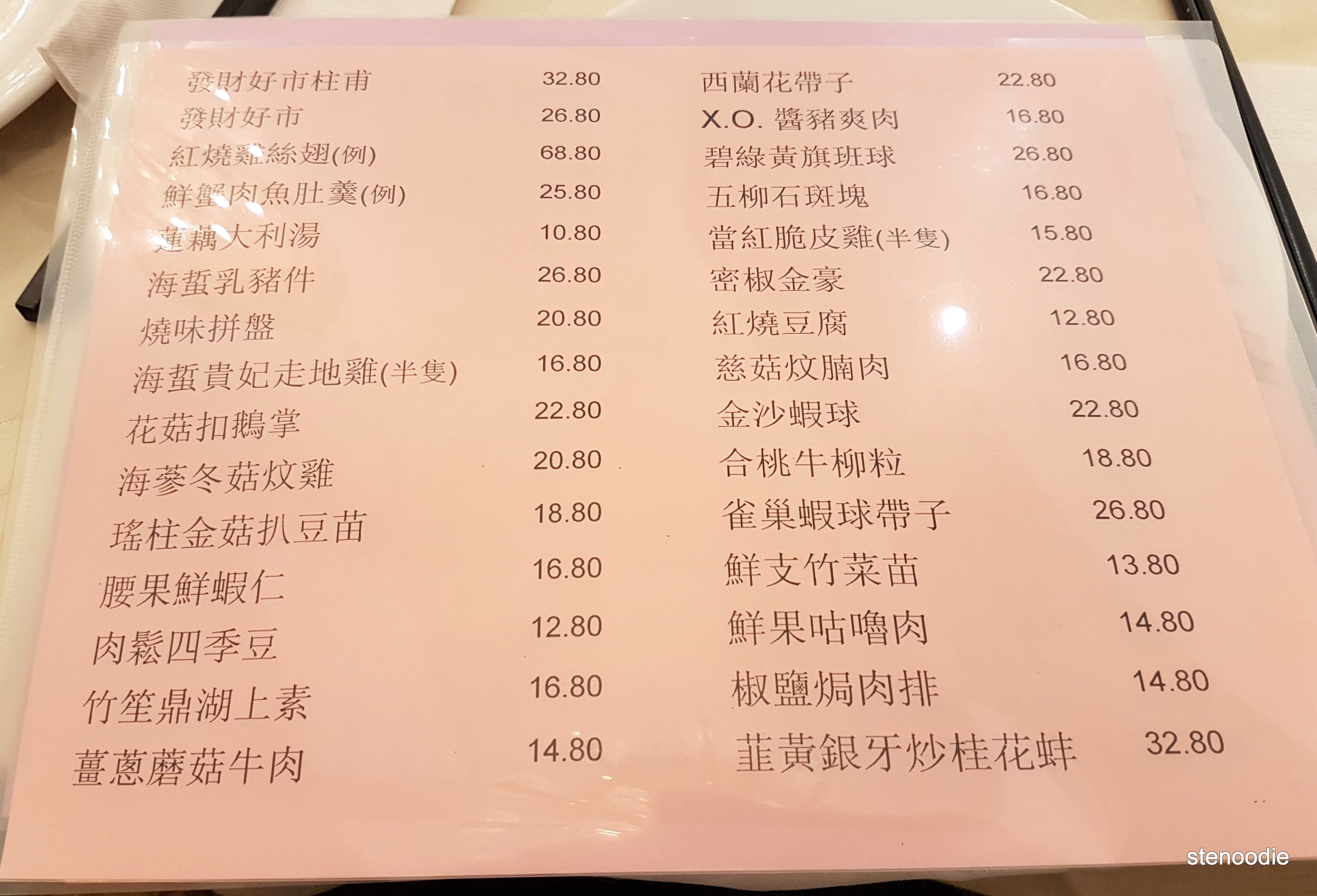 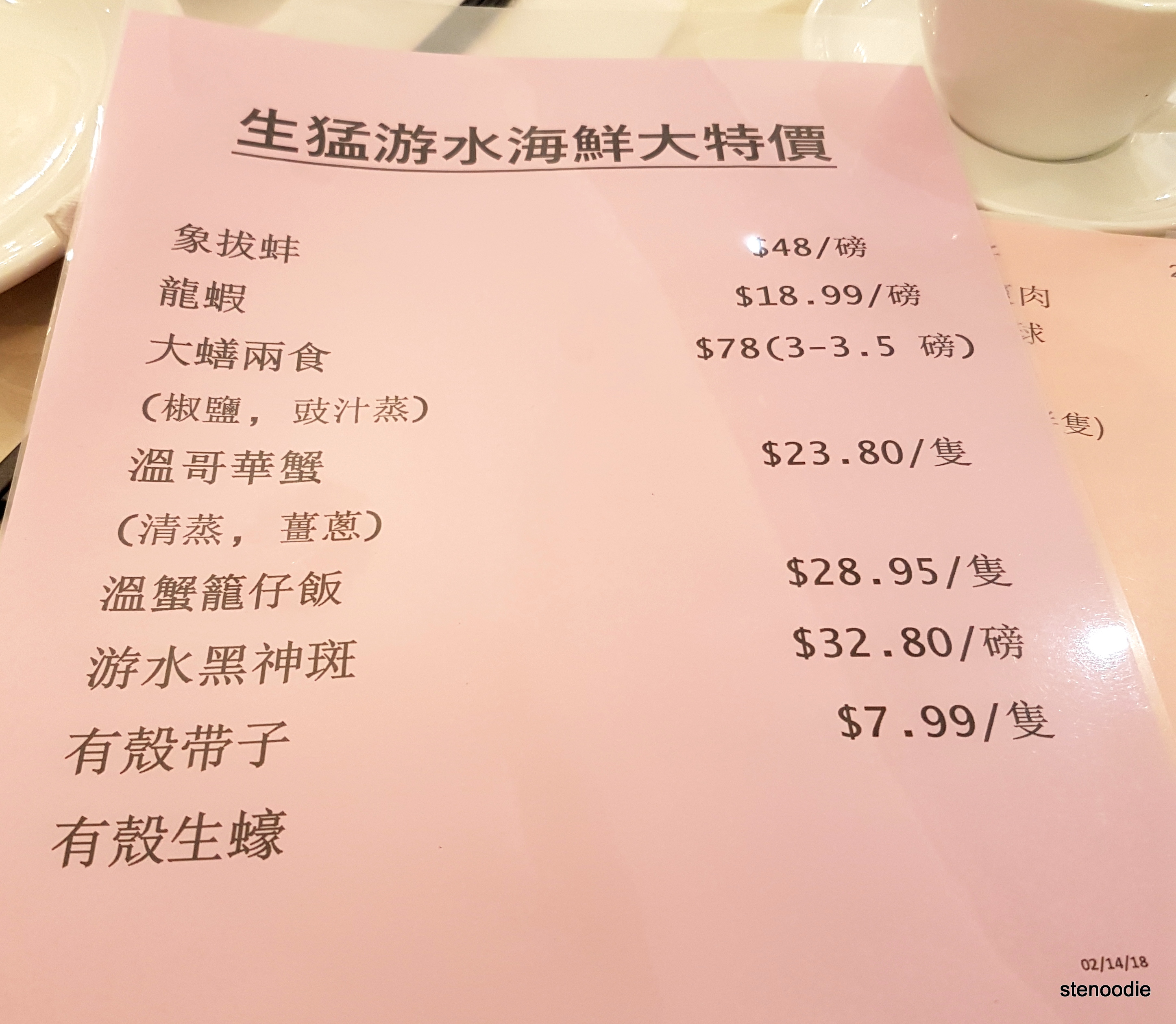 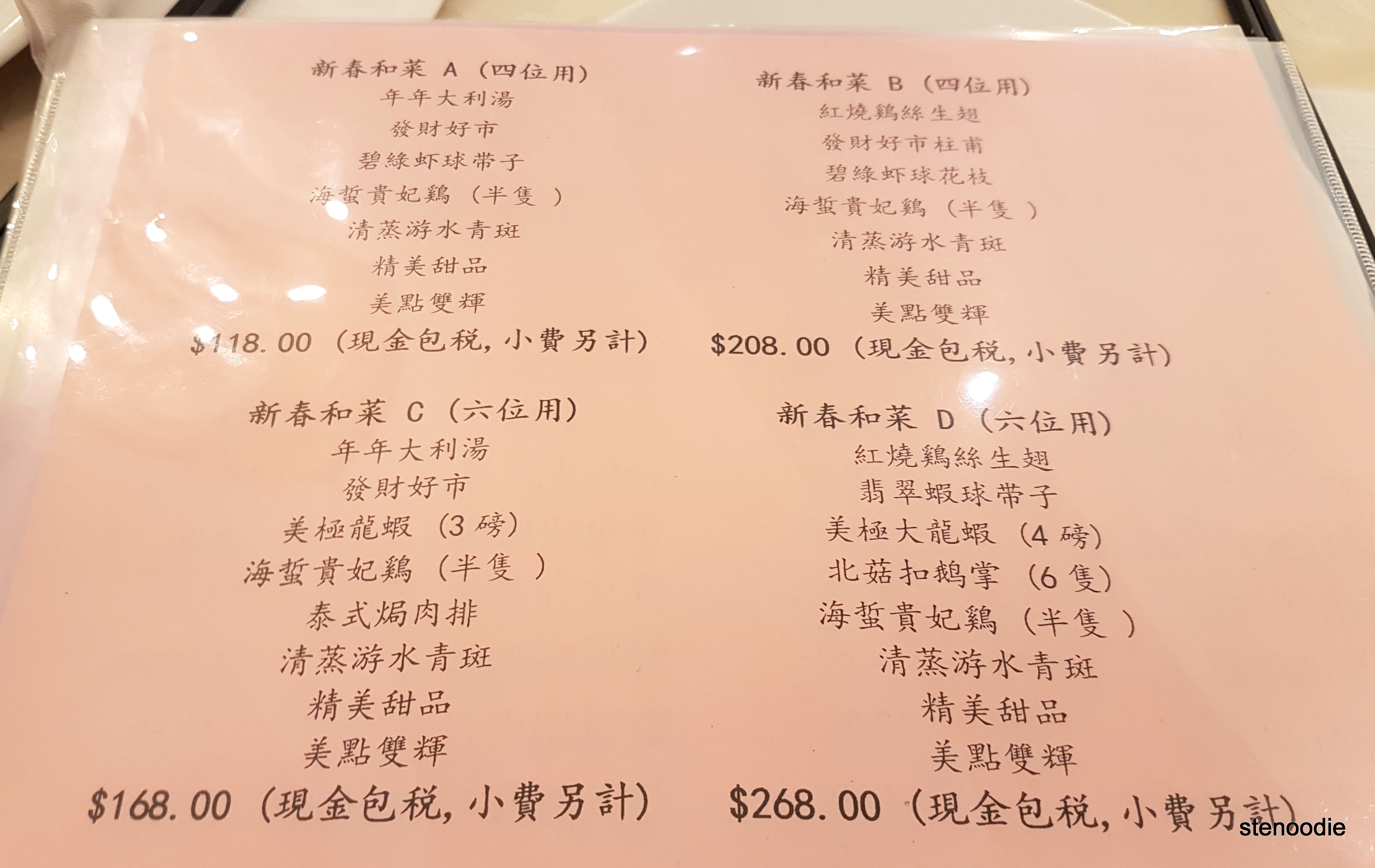 They provide free wifi here but none of us were able to successfully surf or use the network after logging in.  Perhaps their network is weak or they need to fix the wifi. 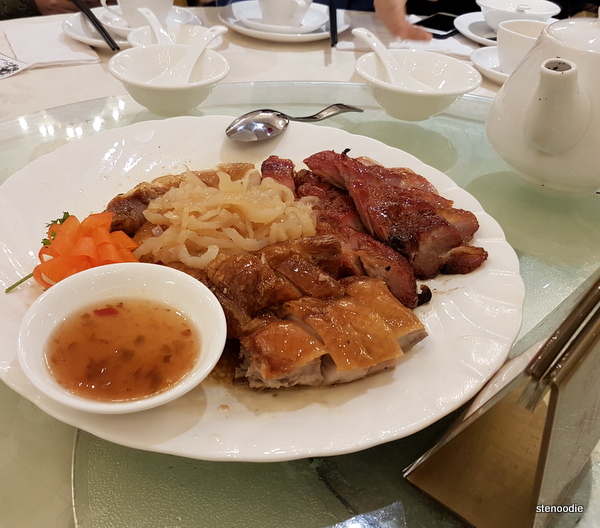 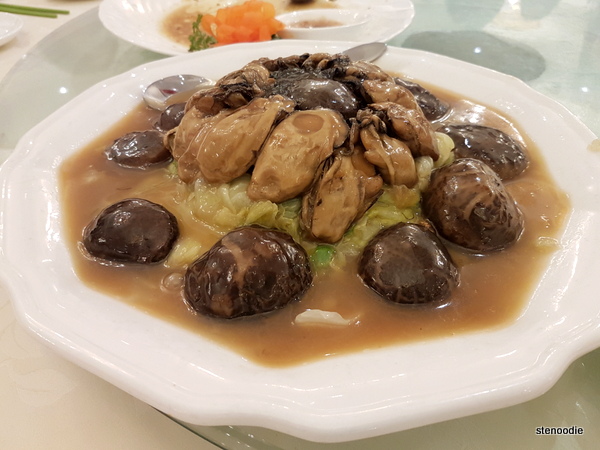 Fried fillets and onions in a tangy sauce (extra dish not on set menu): 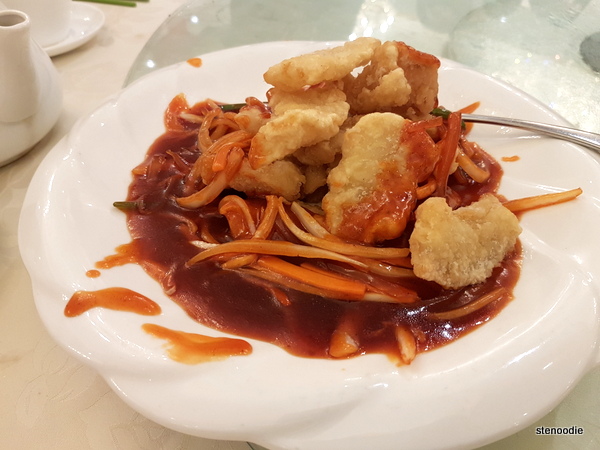 Fried fillets and onions in a tangy sauce

Sweet and sour pork (extra dish not on set menu): 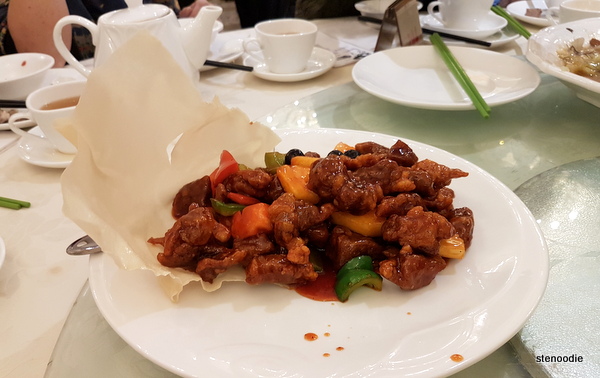 Shrimp and Calamari with Vegetables: 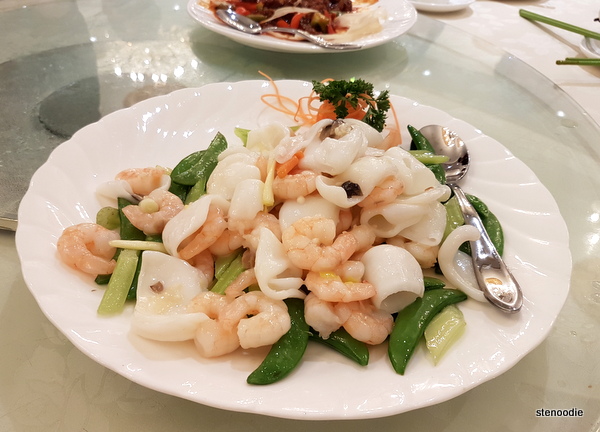 Shrimp and Calamari with Vegetables 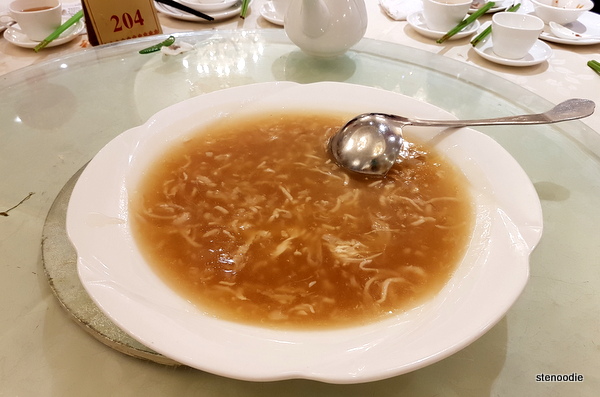 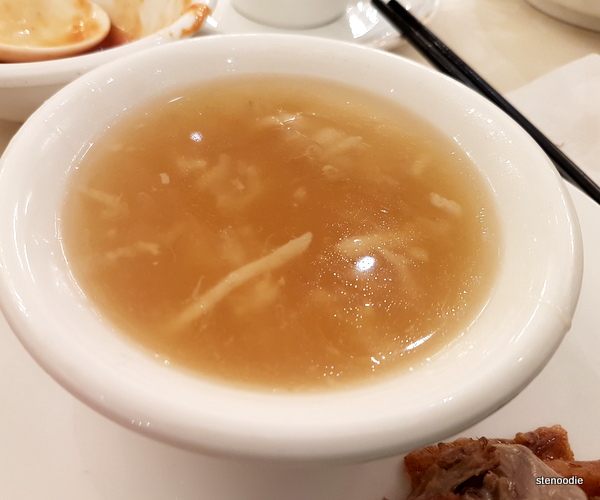 My bowl of Fish Maw and Chicken Shark Fin Soup 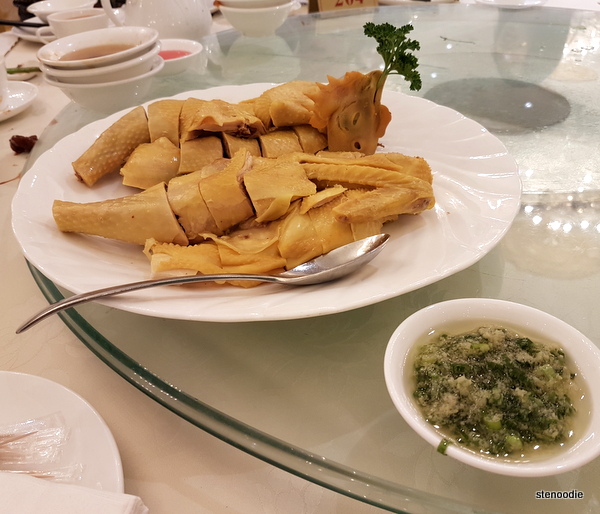 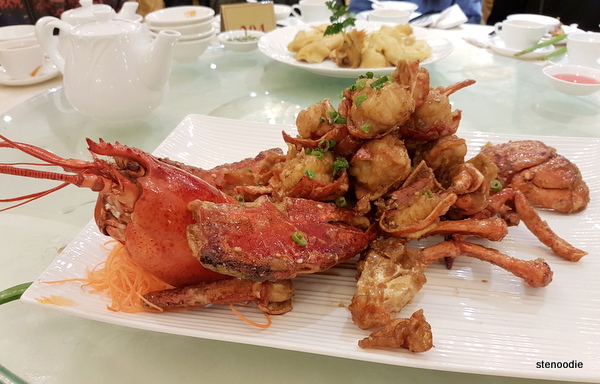 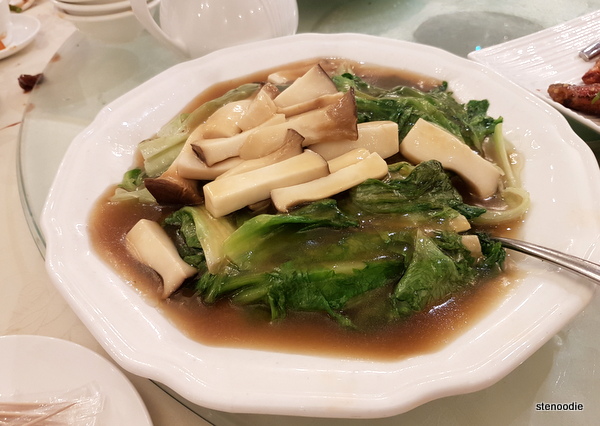 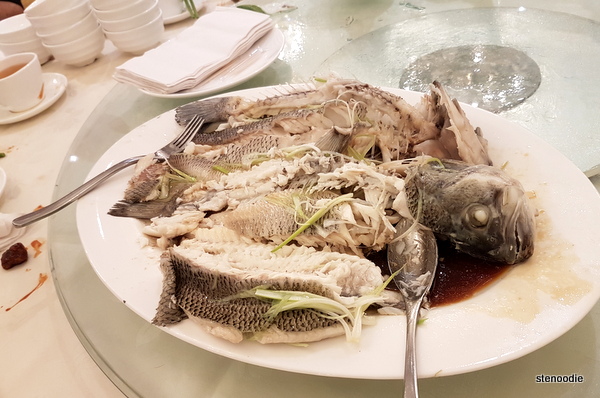 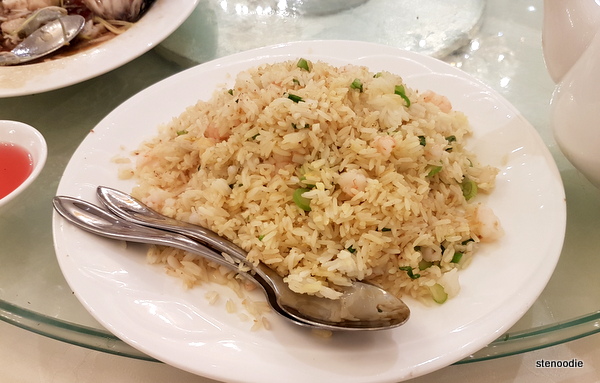 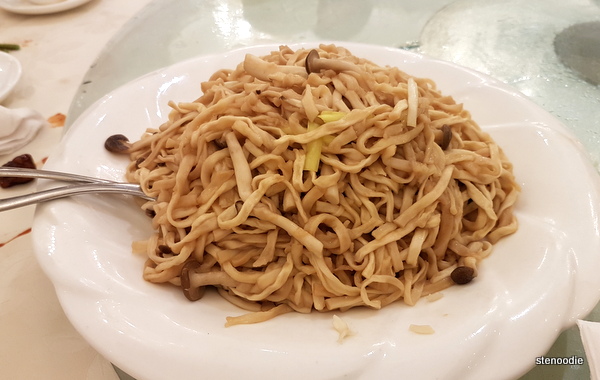 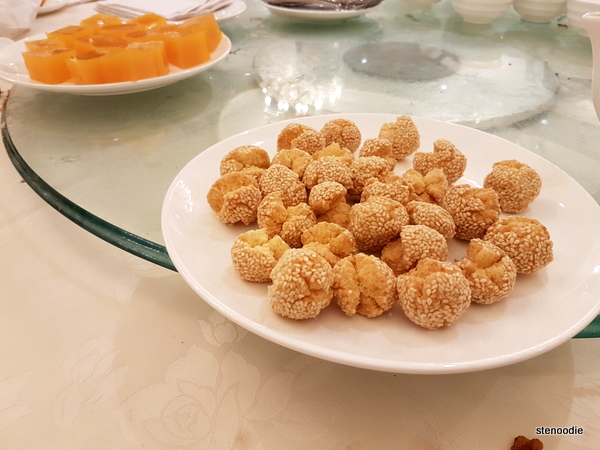 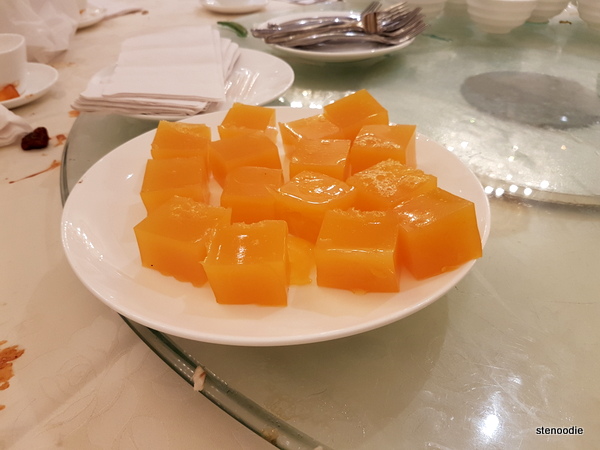 The usual red bean soup served at Chinese restaurants (but this one seemed burnt a bit)..: 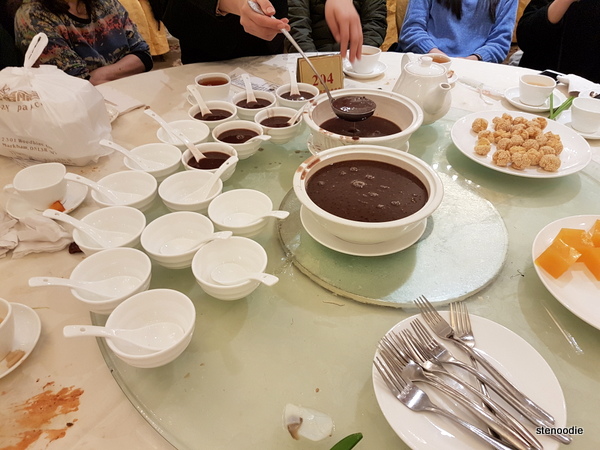 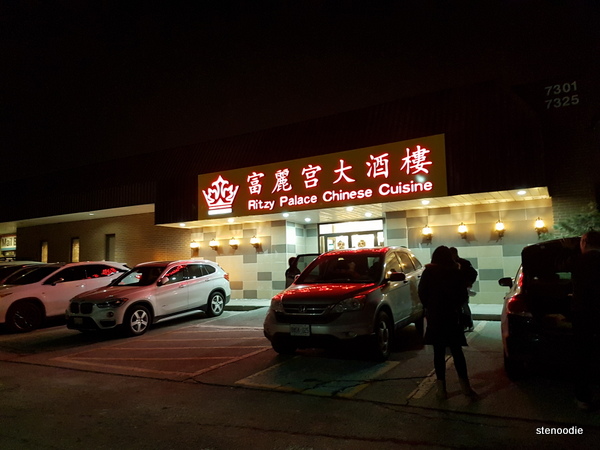