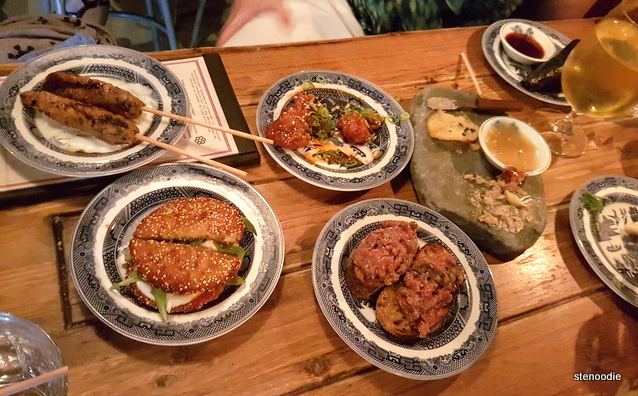 416 Snack Bar is a restaurant and bar that offers Asian-influenced small plates, draft brews, and cocktails in a small, low-lit space.  I had been curious about this restaurant for a while and was glad that me and two girlfriends were able to check this out on a Thursday evening.

I was afraid that we wouldn’t be able to get a table at this small and bustling restaurant but thankfully, Daphne and Lina both arrived around 6:30 p.m. and secured a table for us.  When I arrived shortly afterwards, there was all but one empty table left.  Had we arrived any later, we wouldn’t have received a table at all.

It was really loud inside the restaurant, mainly from the cluster of customers inside the small restaurant.  I found it difficult to hear even Lina who was sitting right next to me.  This is not a good place for a date because you’ll probably end up shouting at each other and/or start nodding and pretending you understand what the other person is saying after a few times of “What?  What did you say?” in order to keep the conversation going.  XD  It’s a good spot for a casual hang-out though. 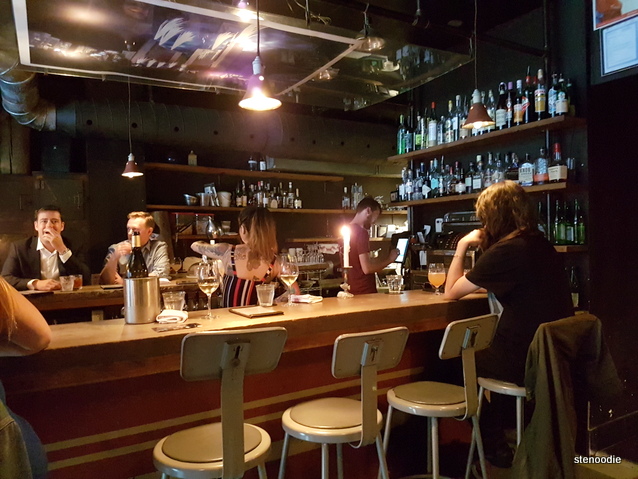 Their menu changes every so often and the selection is rather small (which made it easy on the kitchen to serve up all of the food very quickly).  There were no utensils on the table.  Everything was meant to be eaten with hands or the wooden picks which were provided.

We ended up getting most of the ‘mains’ to try but still shared almost everything. 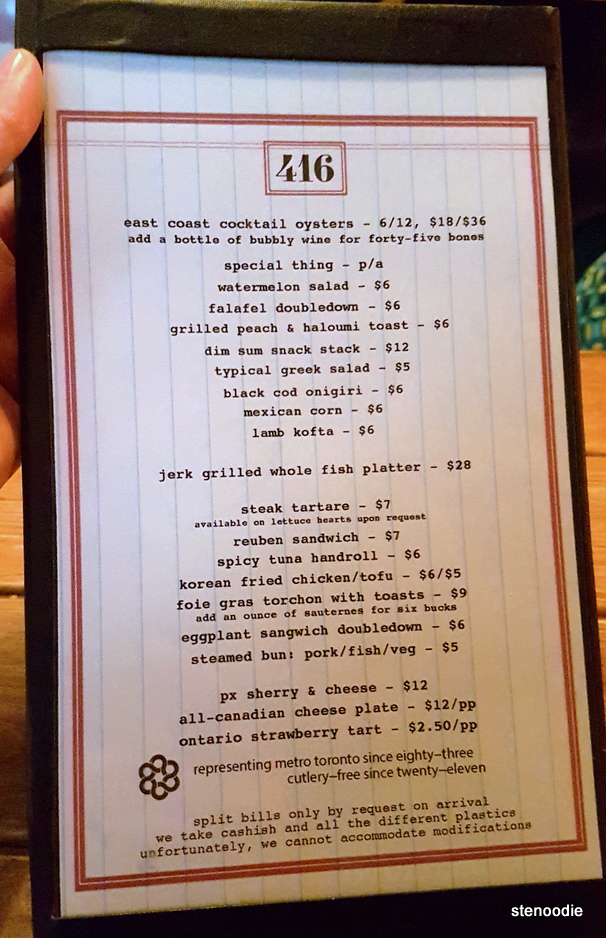 First off, Daphne wanted to get an order of the cider.  Our server warned her that the one she wanted was not well received and had an unusual taste that not many people enjoyed.  He offered her a taste first which was definitely a good thing as she didn’t think it was good at all.  She switched to the cider on tap (Revel Cider) instead which was apparently much better. 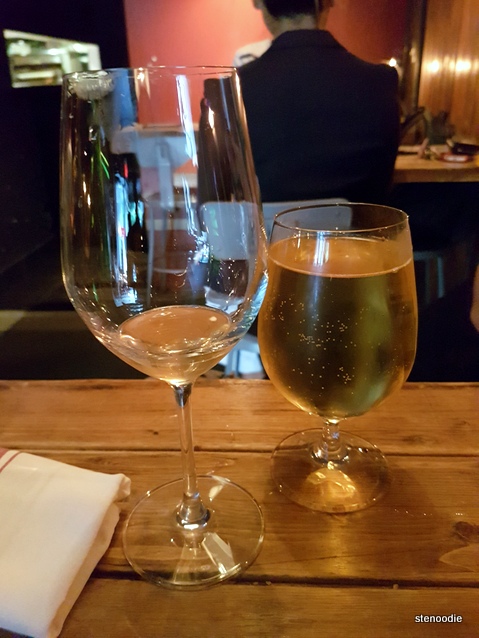 A sample of the “bad tasting” cider next to the Revel Cider. $6

The Foie Gras Torchon with Toasts was probably the best item all night!  This was a cylinder-shaped glob of foie gras served with applesauce and toasts.  The foie gras was incredibly smooth and so delicious!  I couldn’t believe how good this was. 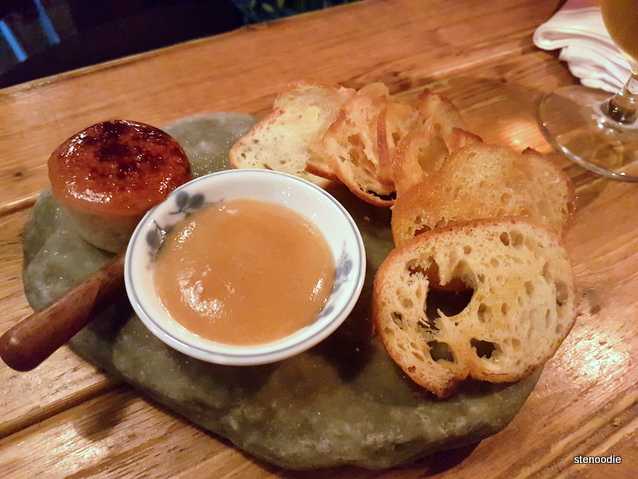 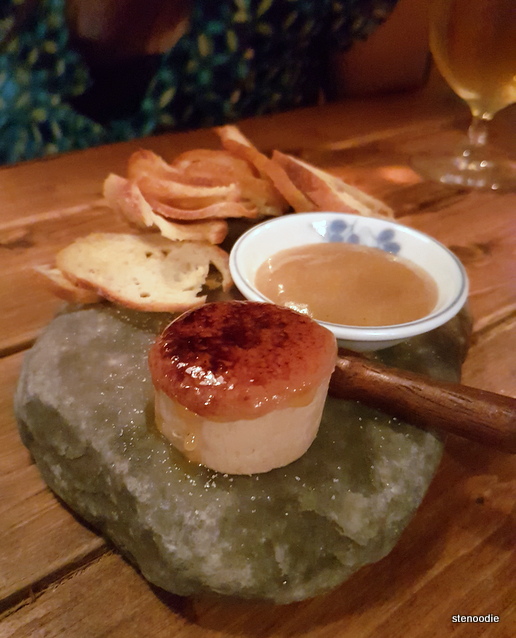 Look how cute the foie gras was!

I was looking forward to the Korean Fried Chicken after seeing it on a photo on Instagram.  It definitely looked great and smelled tarty from the spices.  The chicken bites were more tough than I would have liked. 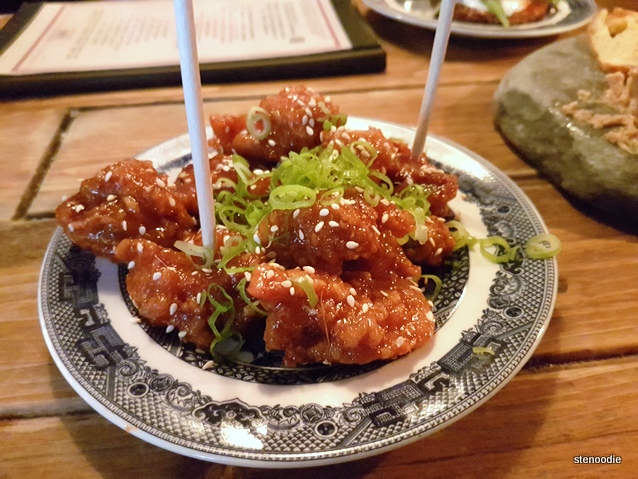 I ordered the Eggplant Sangwich Doubledown.  This was a sandwich made with eggplants as the bread with cheese between it.  It was okay.  The eggplant didn’t actually taste like eggplant as there were some quinoa infused into it.  The cheese was very gooey and chewy.  I think I left this on the table for too long that when I ate it, it was already a bit cold and wasn’t optimal. 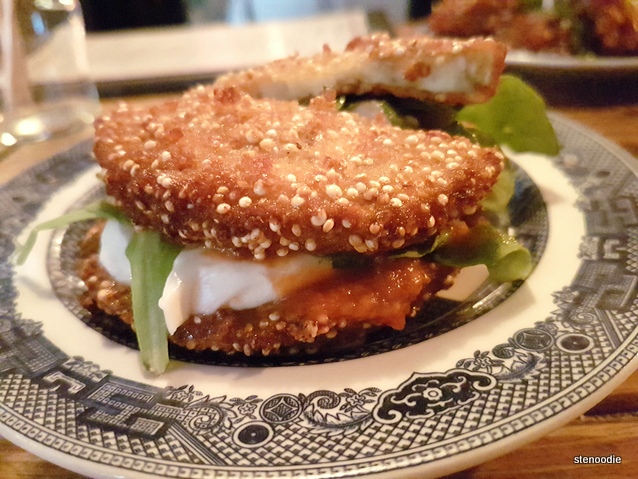 I enjoyed the Lamb Kofta too.  There were two skewers of this so we split it up between the three of us.  The sauce was quite good too. 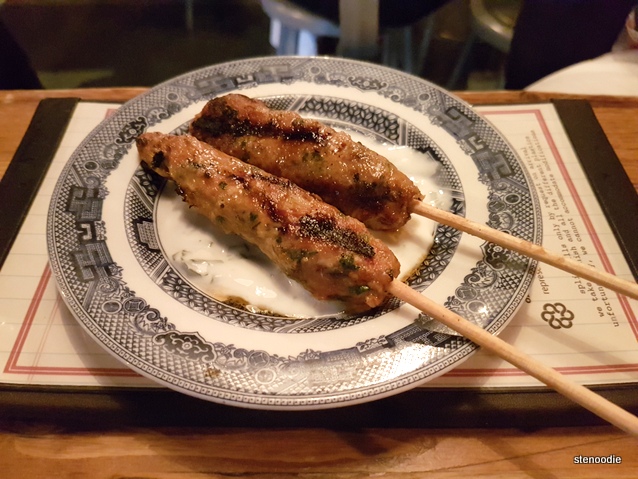 The Steak Tartare was unexpectedly served on two toasts a la bruschetta style.  This made it difficult to share between three people and Daphne and Lina ended up taking the short end of the stick by having to share.  I thought that the steak tartare was okay.  Pairing it with the bread made the taste of the raw beef stand out less. 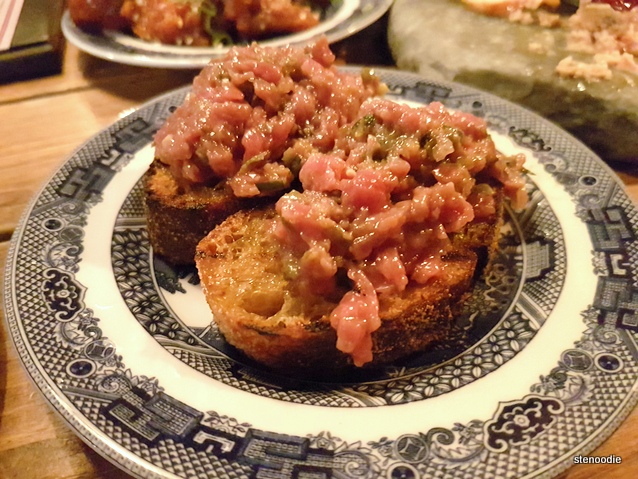 Lastly, we shared the Black Cod Onigiri.  This was perfect for sharing for the three of us.  It was adorable too!  The black cod was backpacked on to a piece of rice with seaweed like sushi!  This was really good too although it was definitely small in size. 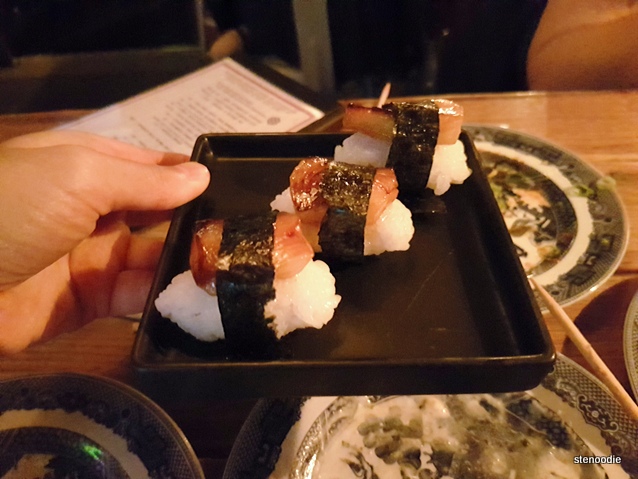 Daphne ordered the Reuben Sandwich, of which I tried a bite of.  The reuben meat was pretty good and the bread was very crispy.  I like reuben sandwiches but prefer the bread to be a bit more softer.  Daphne actually ordered a second one because she liked it so much and because she was still hungry. 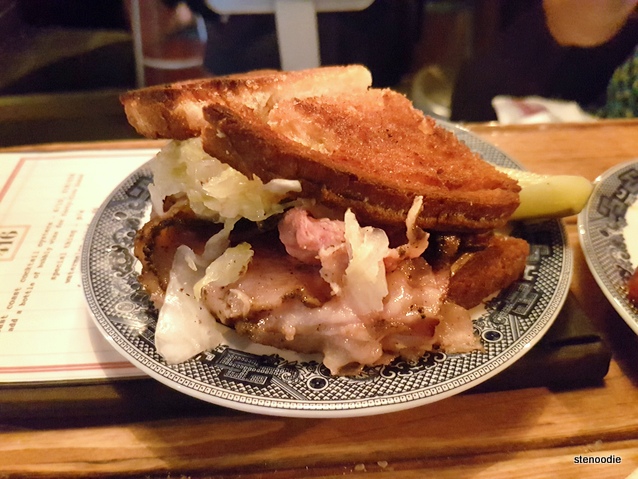 Daphne said that the Spicy Tuna Handroll didn’t have enough tuna in it. 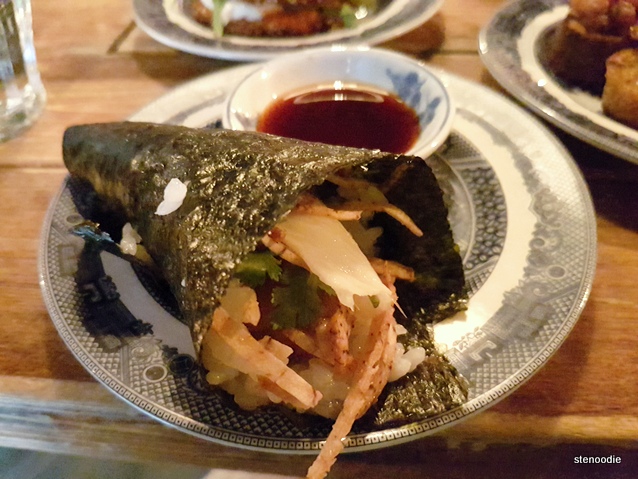 Lina said that the Steamed Pork Bun was good. 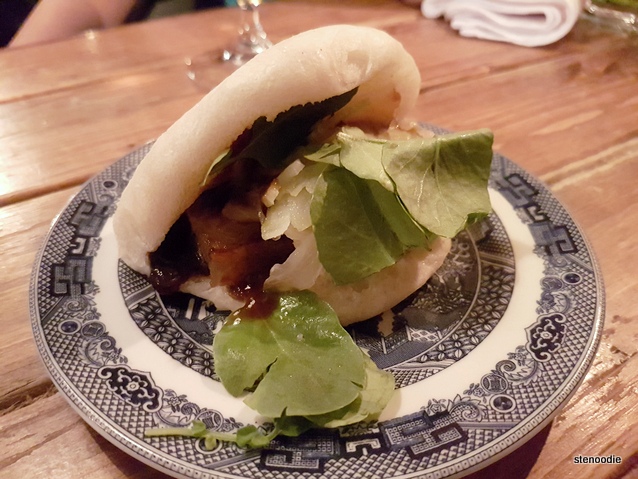 The service here was excellent as our server was attentive and made sure our water glasses were full.  He also make sure to clear any empty dishes promptly too. 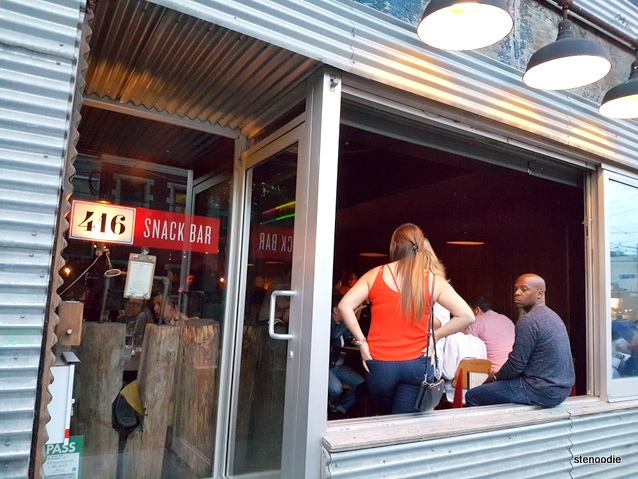 People were waiting for a table when we left at around 8 p.m.

All in all, I thought that 416 Snack Bar was very expensive for what it offered (I split around $20 for my bill) and I didn’t leave with a full stomach.  I’m happy I finally got to try it but I don’t see a need to return for another visit at all.