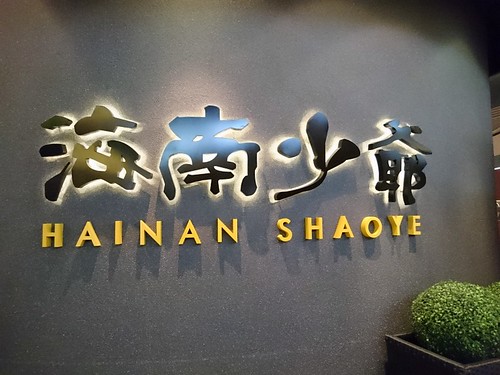 The name of this restaurant, “Hainan Shaoye“, is actually made up of four Chinese characters where “Hai na” means “Southern China” and  “shao ye” means “master”.  The type of food in this restaurant is exactly that — it features food from mostly Southern China with Singaporean and Malaysian flavours and their restaurant serves a popular Hainanese Chicken Rice.

This made it easy to order since I knew immediately that I wanted to try their most popular dish.  It is quite affordable for this price too! 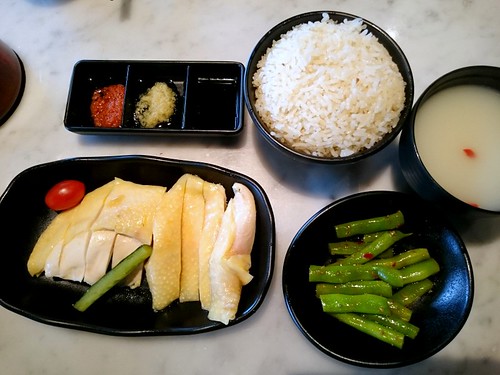 The Hainan Chicken Rice Set came with soup, chicken rice, chicken, and some veggies on the side.  This chicken rice was perfect!  *gives an A-okay sign with hands*.  Remember how I recently had Hainan chicken at Tsui Wah and theirs wasn’t good?  Well, this one at Hainan Shaoye definitely lived up to their name and reputation.  The chicken rice was firm and had flavoured perfectly.  Yum!  The chicken was also lean and tasted good. 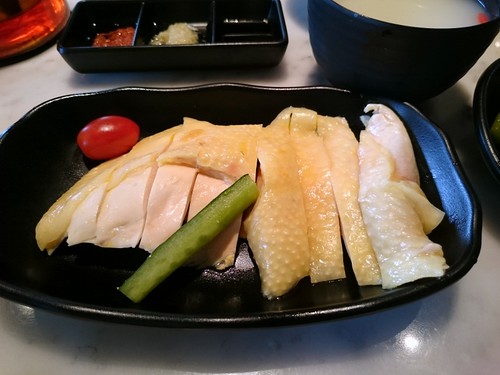 The chicken was smooth and lean 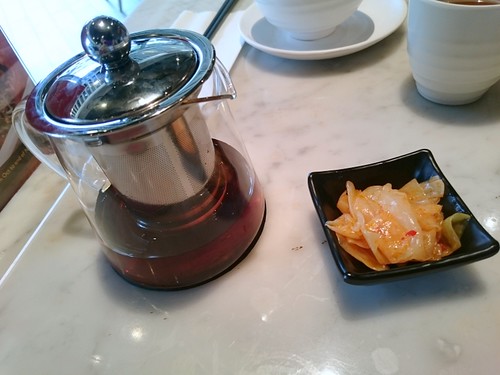 I liked how they served pickled cabbage as an appetizer and how their tea is kept in a really heat-insulating pot.

We were debating between ordering the also well known Bak Kut Teh which is a type of soup that is well known in Malaysia and Singapore and made from pork ribs and herbs that is good for your health.  In the end, we settled on the Curry Fish Head Stew instead.  I wanted to try this! 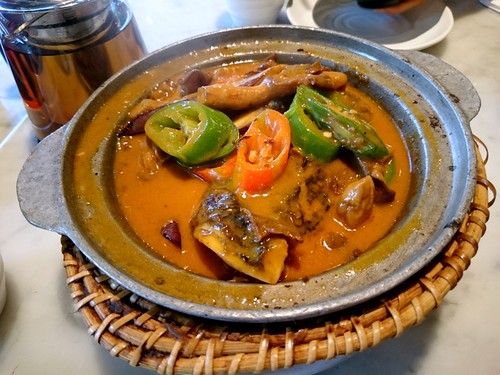 This didn’t disappoint.  The curry wasn’t your typical spicy yellow type but rather a reddish and creamy one that wasn’t spicy.  It was very delicious.  The fish was soft and tender.  It was great! 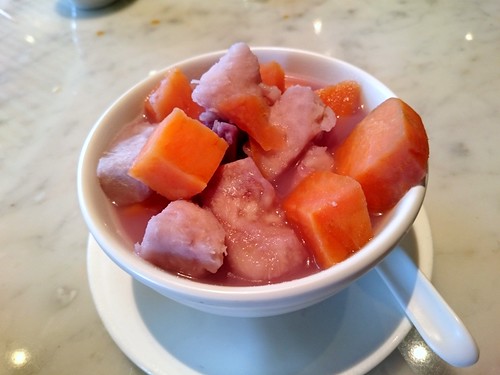 To finish off our meal, my “wai sic” personality just had to order one more thing.  I chose a dessert off the menu that unfortunately disappointed.  It is a Bubur Cha Cha.  This dessert is usually well known and very good but when it arrived to the table, I was just like -_-.  We chose the hot version and it is just a bowl of mainly sweet potatoes and taro in a tiny bowl.  This should have been in a bigger bowl and made more nicely.  There were barely any tapioca pearls and the coconut milk was weak.  Later, when I walked out the restaurant, I realized that their signature dessert was the “D24 durian panna cotta”.  I so should have gotten that instead! 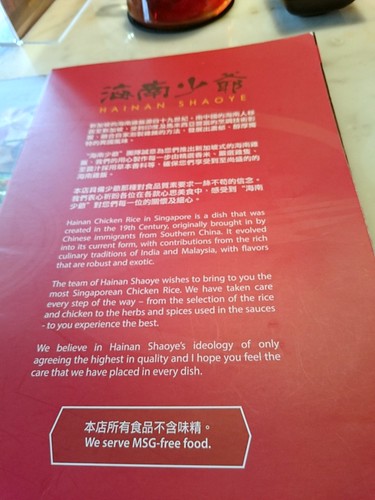 Their story and apparently they are MSG-free

All in all, Hainan Shaoye seems to be a solid restaurant with many people eating there during lunch time.  I would like to try their Bak Kut Teh if I ever return.