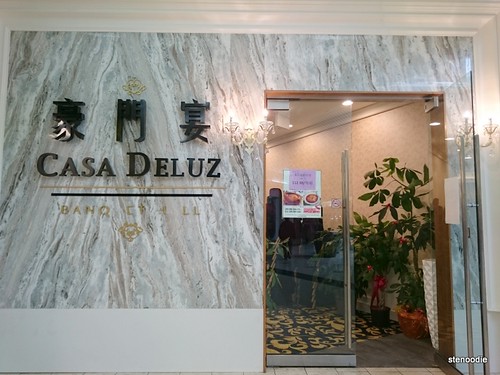 Located at 1571 Sandhurst Circle in Toronto

Walking into this restaurant brings back so many memories.  This Chinese restaurant is now renovated and newly christened as Casa Deluz.  Previously, it was famously known as Red Ruby Chinese Restaurant.  Ah, does that ring a bell with some of you local Canadian Chinese residents?  It was one of the biggest and most popular restaurants to go for Chinese dim sum.  They served not only your typical tea and Chinese fare, but they kind of doubled as a HK-style restaurant by serving baked rice of different types like with seafood or ketchup pork chop, noodle soups, perfectly fried chicken wings, freshly boiled congee stations, and so much more.  I never got bored of eating at this dim sum place previously since they had so many varieties of food.  I still remember famously eating there three days consecutively with my relatives on a long weekend.  Those were the days. 🙂 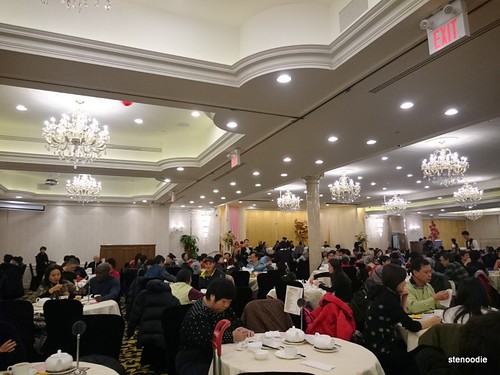 Fast forward now to the day when Red Ruby was closed down due to an extreme situation where 3 people were poisoned to the point of dying and after another restaurant took over.  That restaurant was poorly managed with too-young servers and poor food.  Now, Casa Deluz is renovated for the third time with what looks to be new management (although the hostess and a server were the very same ones from back in the Red Ruby days).

It’s bright and spacious inside and it was packed!  I was curious to see what it would be like now.  How happy I was also to discover that they offer free wifi :D. 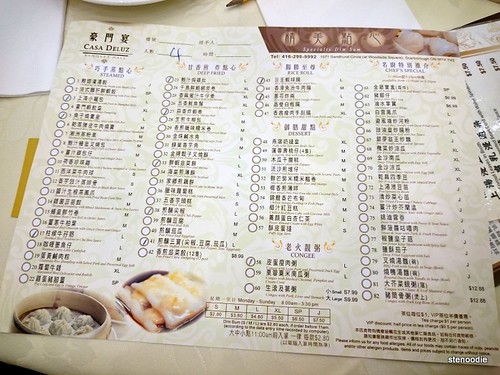 The food is ordered through an order sheet of dim sum that you check off.  We ordered several things for the four of us.  All of it was pretty good with nothing much to complain about.

What stood out was the very spicy crab meat in peppers (I only tried a little bit but was already exclaiming due to the pepper spice), the big sui mai pieces, and the leek pancakes that came as a spring roll version.  I’ve never seen that before. 🙂 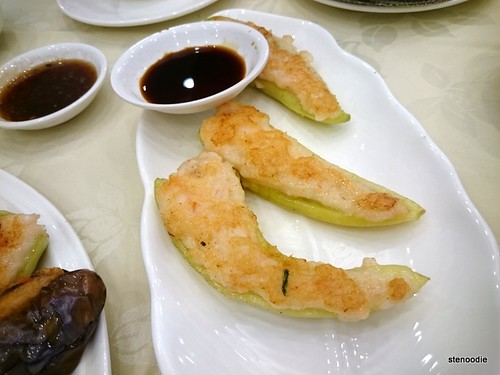 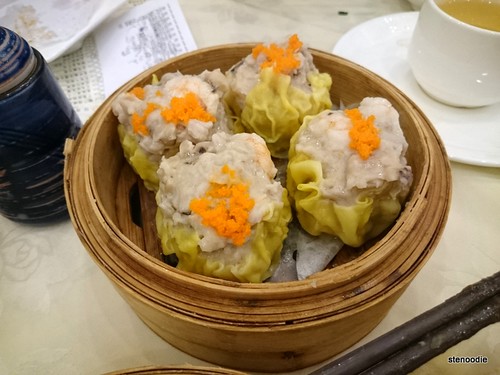 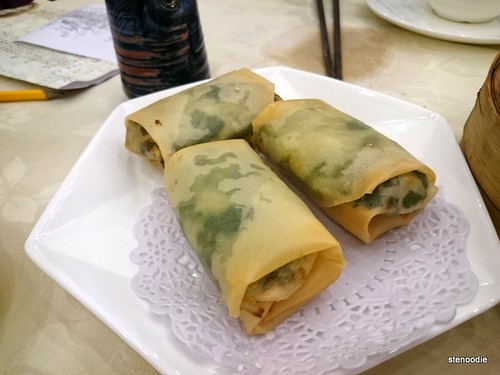 Crepe with Chives and Shrimp 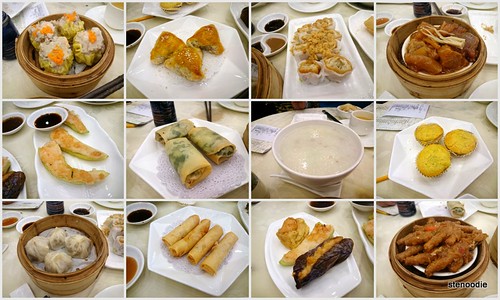 I’m so happy to return back to a childhood restaurant again even if it’s not really the same one anymore. 🙂  Happy Sundays!