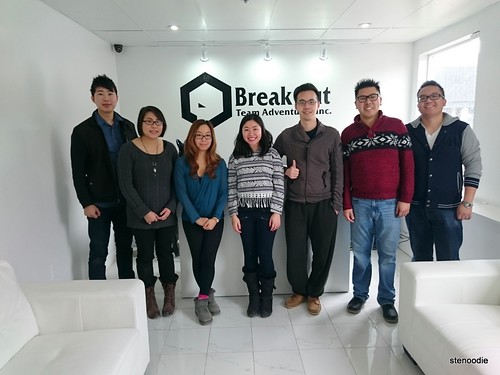 Located at 705 Progress Avenue #44 in Scarborough

By now, if you’ve been following my blog, you know that not only am I a food enthusiast and love trying new restaurants, but over the past year, I’ve also been delving into escape room games.  It all started last year in February 2014 when I played my first escape game.  Ever since then, I’ve kept my eyes peeled for more thrilling escape games that I could try out with friends and non-friends.

So, you can imagine my surprise and sheer pleasure when I received this e-mail from Crystal, the Marketing Executive, at BreakOut Team Adventures, one of the newer escape game places in Toronto, about an invite for me to try out their escape game for free so that I could review it.  Wow.  It was a true honour and I cannot thank Crystal enough for this kind gesture! 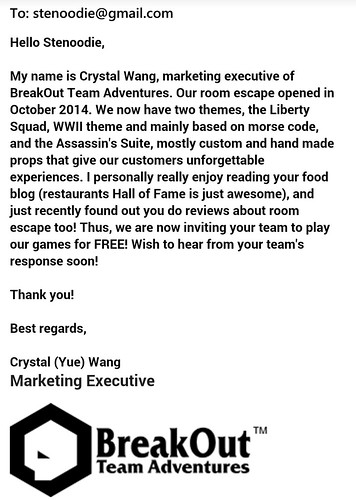 Despite this being a free game that was offered to me, I always speak honestly about any experience that I have (you know this if you’ve been reading my restaurant complimentary tastings as well).  Thus, here goes! 🙂

My six friends and I gathered together on a Sunday morning before BreakOut Team Adventures opened so that we could play our game (Crystal and I had been corresponding through e-mail to discuss details of the visit — how many players would best fit the games and what time slots were available for us — and I was more than happy to play before their operational hours for maximum game time). 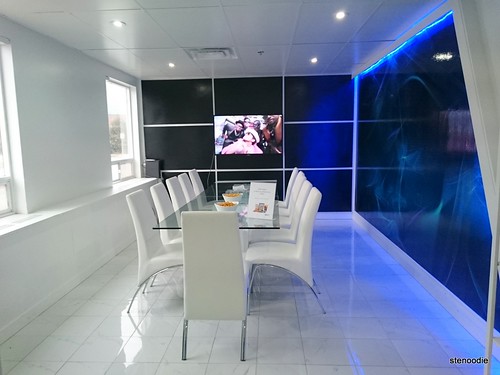 Their lobby and lounge area is gorgeous! They had free snacks (Goldfish crackers) and drinks available for purchase

At the time of writing, they have two rooms, one that is called Assassin’s Suite and one called Liberty Squad.  I was invited to play both rooms, but when I got there, Crystal informed me that Assassin’s Suite had a prop that had just broken and the room was also in the middle of a re-design so we would only be able to play one room that day.  Granted, I was a little disappointed but I was still very excited to try their Liberty Squad room.

BreakOut Team Adventures is located on Progress Ave. close to Scarborough Town Centre in Scarborough.  When you go, make sure that you look out for unit #44 which is located to the right side of the road to the warehouses after you turn in — some of us got a little confused as we got there that day.  Inside of BreakOut, there is a nice and big lobby area where you get to lounge and have snacks and play some board games.  They had a poker set and Settlers of Catan only but it was definitely a nice area where, as we were waiting for our friends to arrive, we played a few rounds of Slapjack with their playing cards. 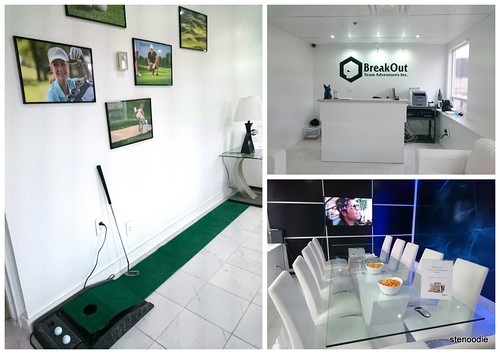 They also have a mini golf set for you to play — the owner must really like golfing? : )

Moments later, Crystal, explained to us the game rules and split us up into two groups to be led into two different rooms.  Half of us were also blindfolded and led in.  It was quite thrilling!  Our room was WWII themed and based on Morse code.  Crystal later told us that the props were actually from the WWII era and that the designer was part of the special effects team in the Hollywood movies too!  It was super cool. 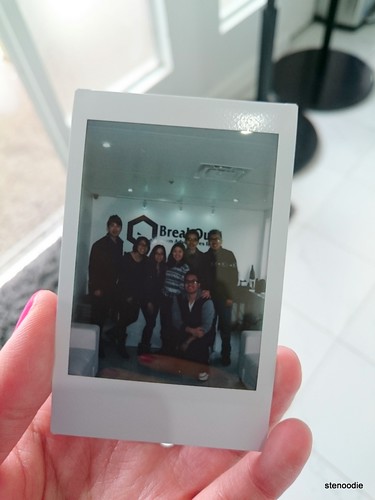 Yay! As like most escape places, they take a Polaroid of you and your team. Here, they let us keep the picture. At the other places, they usually stick these on a “wall of shame/success” so that other people can see how many other players had gone through the games. Maybe this is a suggestion for BreakOut to have?

We were able to successfully escape out of our game in 52 minutes!  Woohoo!  What we loved about the game was that the puzzles were straight-forward (there weren’t many useless or confusing clues); there were multi-rooms; the props were very authentic and gave the game a very WWII scenario feel; we were watched by Crystal on the cameras as we were playing and she gave us specific and useful clues when she noticed that we were stuck that helped us move forward rather quickly; and when we successfully played the last clue correctly, a soundtrack of success blasted through the room as we opened our door to escape.  It was an amazing experience and very fulfilling.

Everyone said it was fun and our group of seven in total made the game a perfect fit.  Any less or any more wouldn’t have provided such a great game play as we had that day.

After the game, Crystal debriefed us shortly on the details of the props in the game and asked us for our opinion of the room.  She also invited us back to play the Assassin’s Suite room once their Game Master updates it.  Yay!  Everyone was very excited to come back to play and I’m sure that if you were to play Liberty Squad, you will have just as much fun playing it as we did. 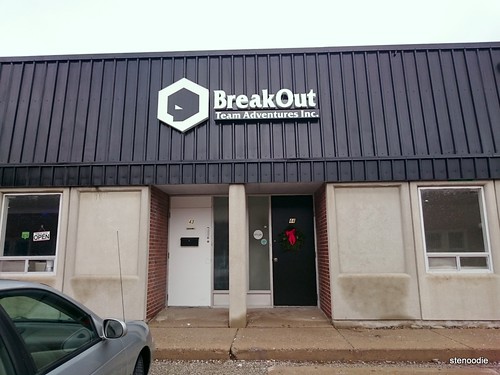 BreakOut Team Adventures — I like their logo and design of the space!

No complaints about anything in the game that we played at BreakOut Team Adventures.  It was definitely challenging enough and contained enough vital clues for us to be successful.  Upon playing the second room that Crystal has promised me, I will be reviewing that one as well!  Thank you for inviting me and my team to come and play.  I am truly grateful and I am super happy with the results and quality of the game!  Thank you! 🙂