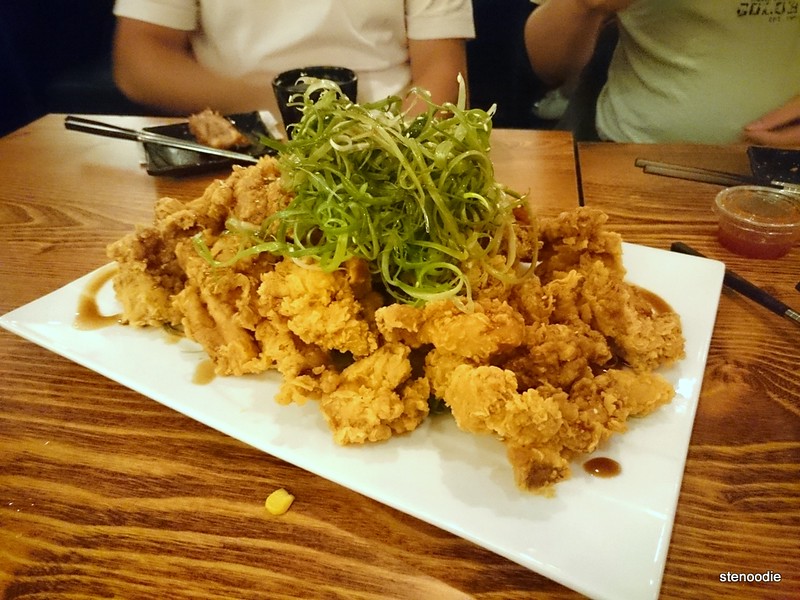 The Fry located at 524 Bloor Street West in Toronto

I love going with big groups to eat at new places like The Fry!  Julie organized 11 people to try out her favourite Korean fried chicken restaurant (also known for fun as the “other KFC”).  The Fry has three locations and their Bloor and Bathurst location is the newest to open up (their two other locations are the North York and Sheppard and Cummer location).

Thankfully, Julie was able to get a group reservation for us and arrived early to ensure our large table was ready too.  There were only two servers running around to serve on that Friday night but I think they did a pretty good job. 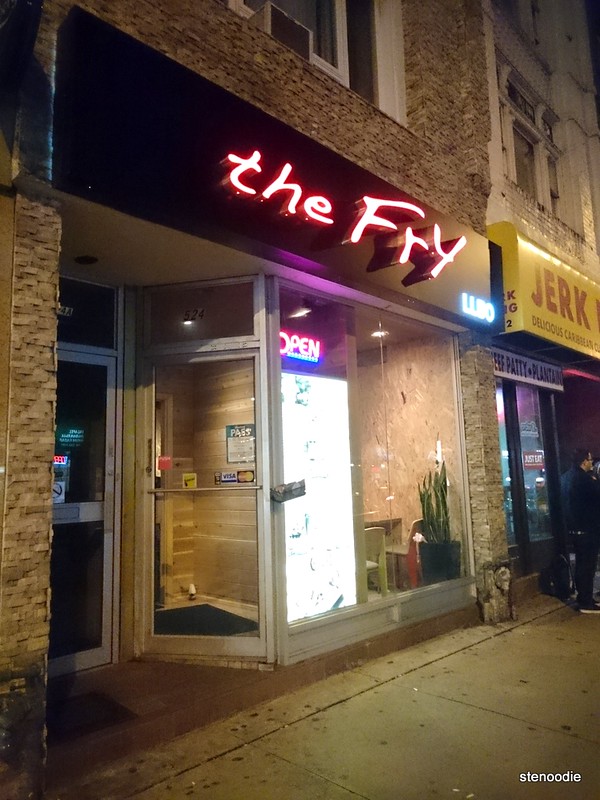 Right after you exit the Bathurst subway station, you will see this restaurant on the corner turning left

We decided on ordering two large servings of chicken and a “Half and Half” combo with beer.  Since The Fry is notorious for their fried chicken, we ordered three flavours to try.  Secretly, I wanted at least four since our group was so large but I didn’t want to rock the boat too much. 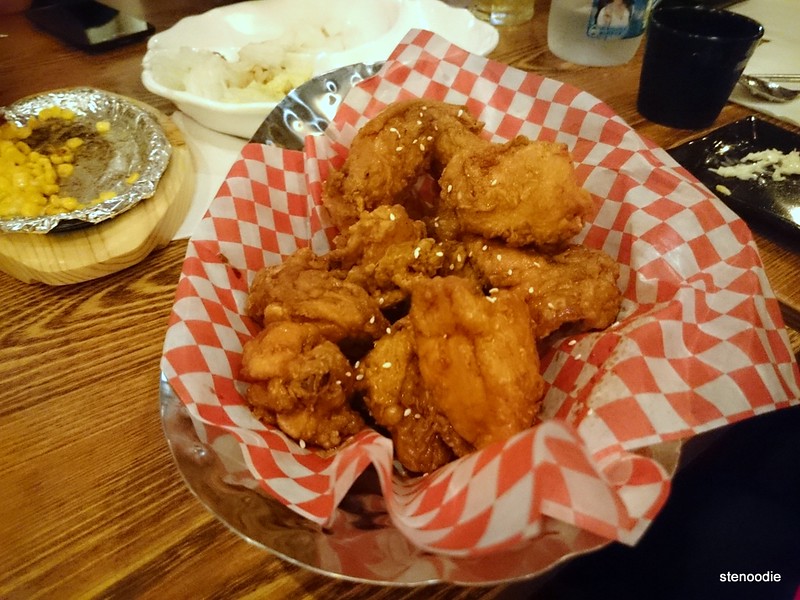 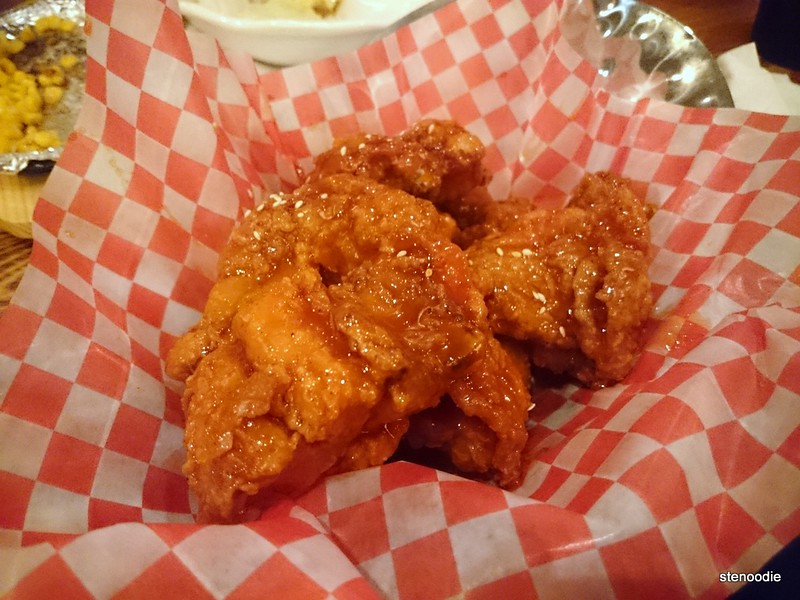 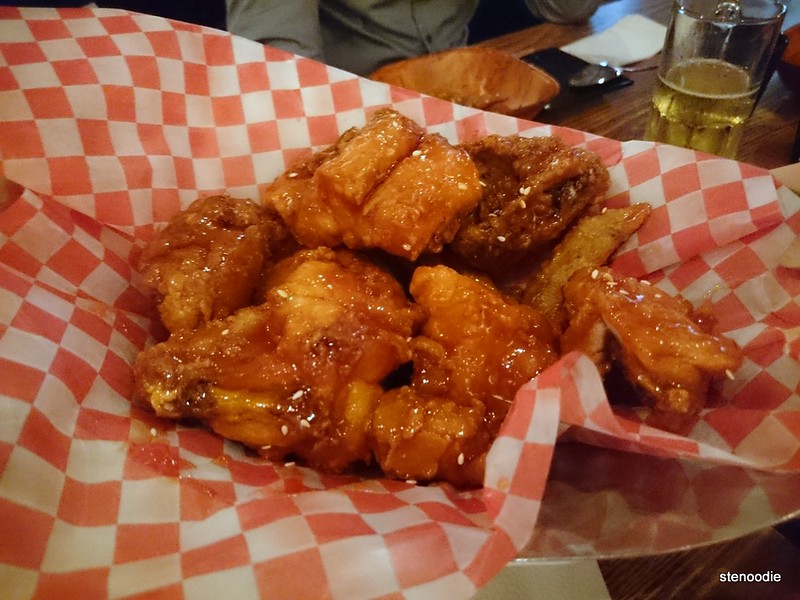 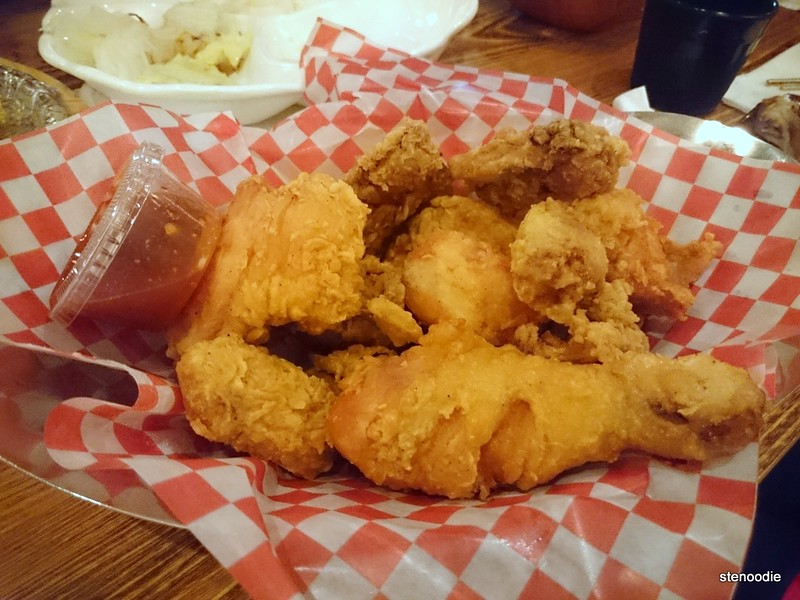 My favourite was one the Special Half and Half chickens as it wasn’t too spicy yet tangy.  All of the chicken was very crispy on the outside and moist on the inside.  It was all steaming hot too and fresh out of the fryer.

We also got some free sides to start like the corn cheese and salads — coleslaw, salad, and radish.  The corn was just greasy but it was good.  I liked the coleslaw. 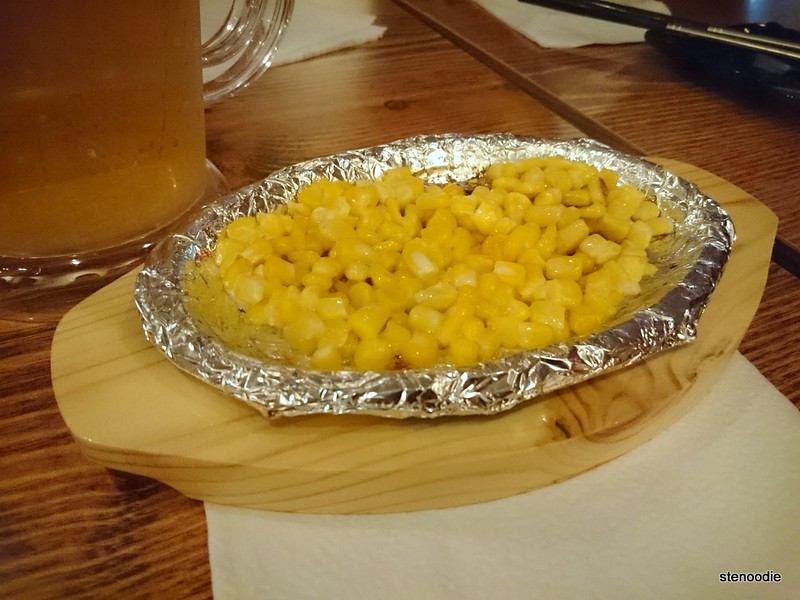 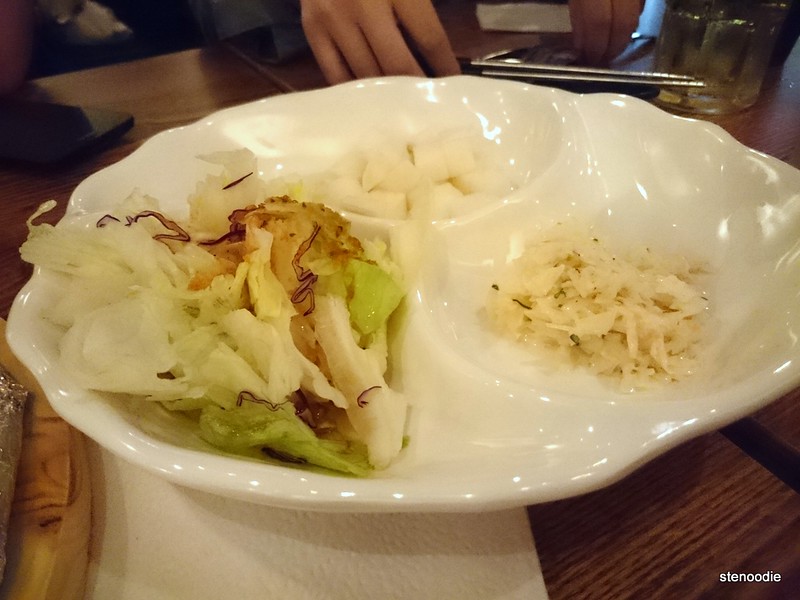 Four of us also ordered a pitcher of Coors Beer to go with our fried chicken.

After our first round of chicken was done, a few of us still wanted to try the Green Onion Fried Chicken, so we placed an extra order for it.  Yay!  I got to try four flavours after all. 🙂 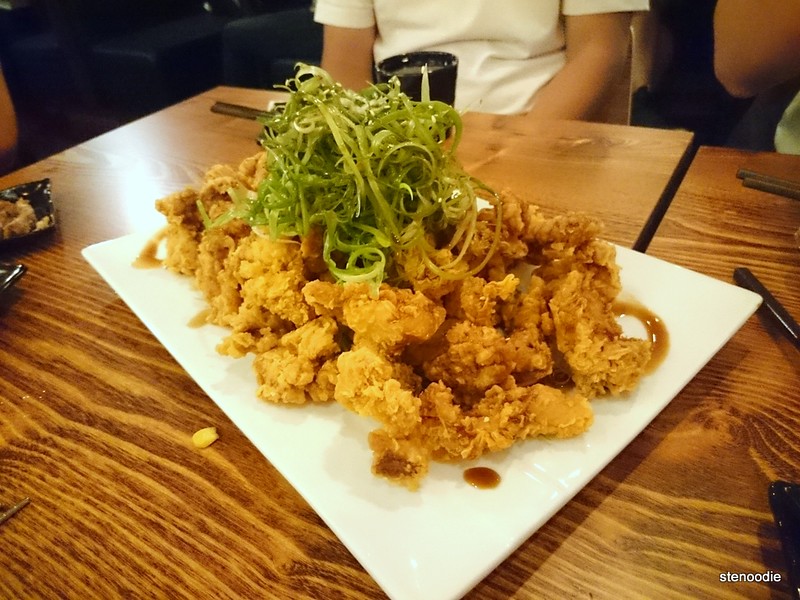 This large serving of Green Onion Chicken arrived without Corn or Salad (they jipped us) but arrived beautifully on a large white rectangular plate instead of in baskets like the previous orders.

We chose the Boneless version of the Green Onion Chicken so every bite was nice to eat.  It was interesting to have the green onion slivers on top of the pile.  You could eat it with the chicken.  I liked it since it was a blander flavour. 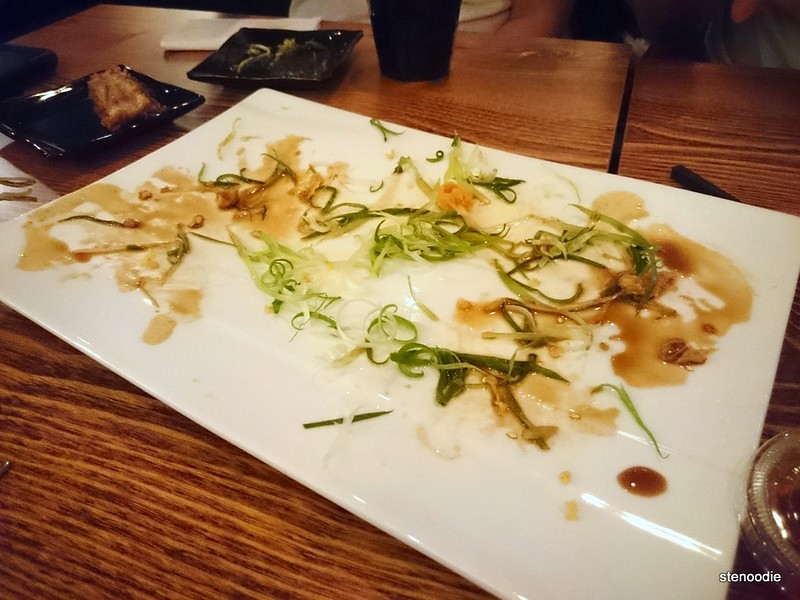 All done! Demolished by four people only

All in all, a great night to try out a new restaurant that I’ve been meaning to go to. 🙂  Next time, we can try the rest of their other chicken specialties and dishes too! 😀