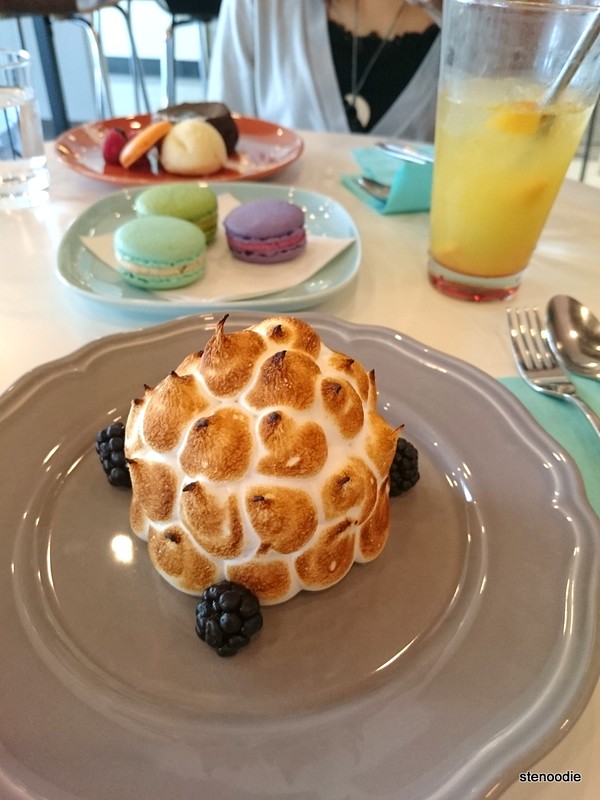 Nicole, Ron, and I visited Sweet Note Desserts on a Thursday afternoon to hang out and to try the desserts.  I’ve heard of Sweet Note before and have passed by their storefront many times when I’ve eaten at the Commerce Gate Plaza (King Dragon Cuisine, Donburi, Shaanxi).  This was my first time trying them out!

Walking into the dessert shop, it was actually so much more spacious than I expected it to be. There was a lot of open space where there were tables and chairs with the cutest homemade lollipop centre pieces. 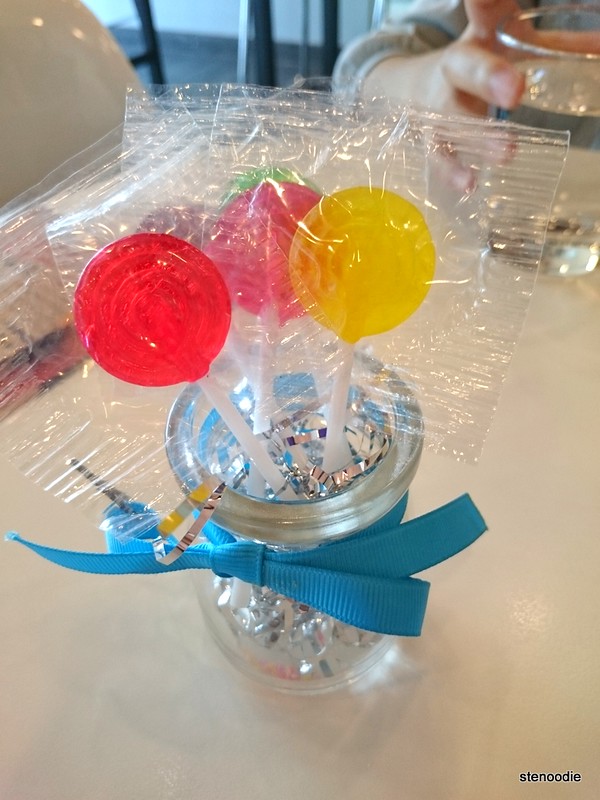 A cute centerpiece for every table

Up at the counter, they had a nice display of all the cupcakes they had for the day, the Milk Bottle Desserts, macarons, and more.  It was all very pretty.

Nice displays of their sweets to offer 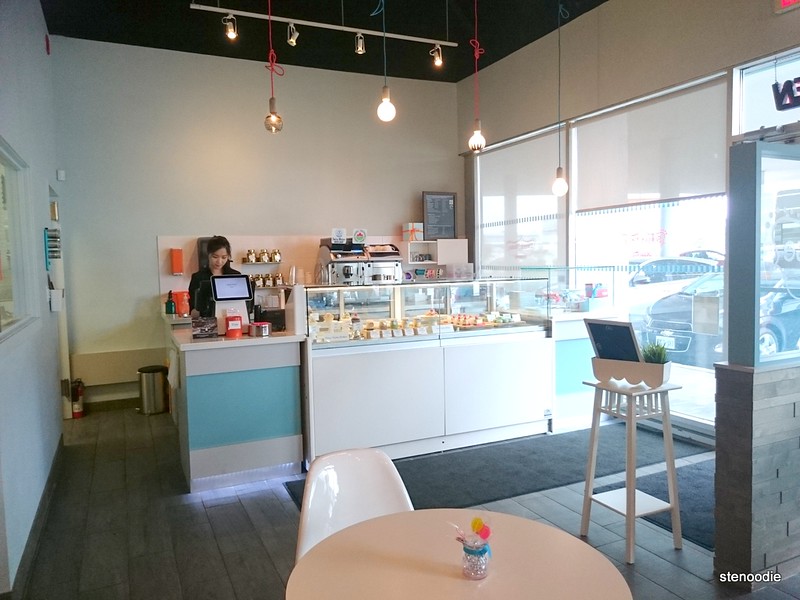 It’s quite spacious and plain in there. Maybe they can put up more cute decor to make the place even nicer and bring up the value more

They have a good selection of desserts and drinks and seem to specialize in soufflés.  I heard from Nicole that it takes 45 minutes for the soufflé to be made and served.  As much as I wanted to try it, I didn’t want to wait up to an hour to try it, so I opted for their Baked Alaska instead.  The other time I can recall eating this unique dessert in Canada was at Club 21 where the Baked Alaska was fantastically assembled. 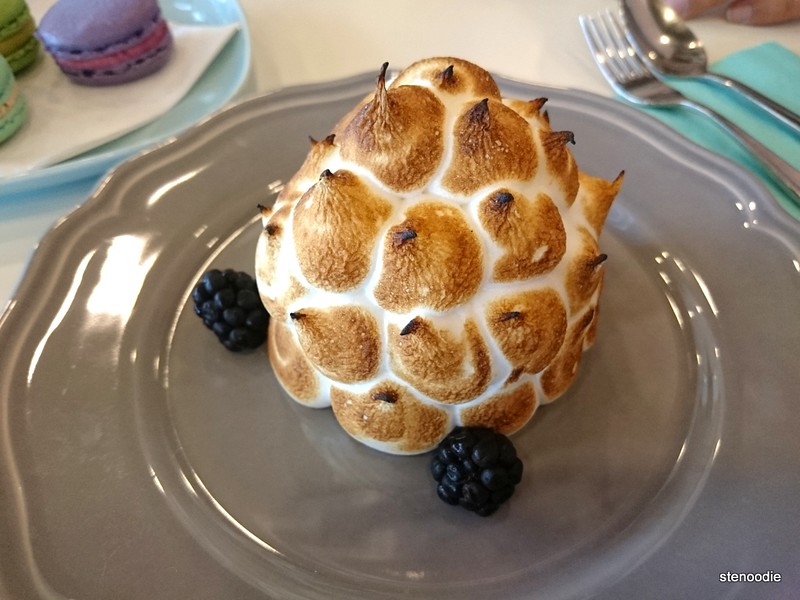 This Baked Alaska was a little small and Nicole and I both thought its shape looked like an artichoke.  I could smell the charred pointy ends of the Baked Alaska where they torched it.

When I slid my fork into the top for a bite, it was very, very smooth.  It was a soft meringue cream enveloped over an ice cream centre with vanilla cake on the bottom.  Even as you can tell in the picture below, the vanilla cake was a little dry; it could have been more moist.

Overall, it was still a unique dessert! 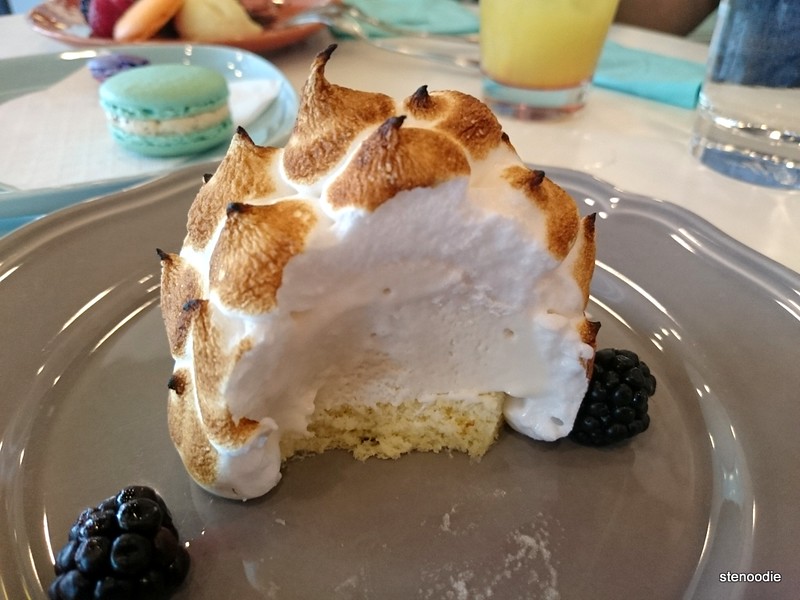 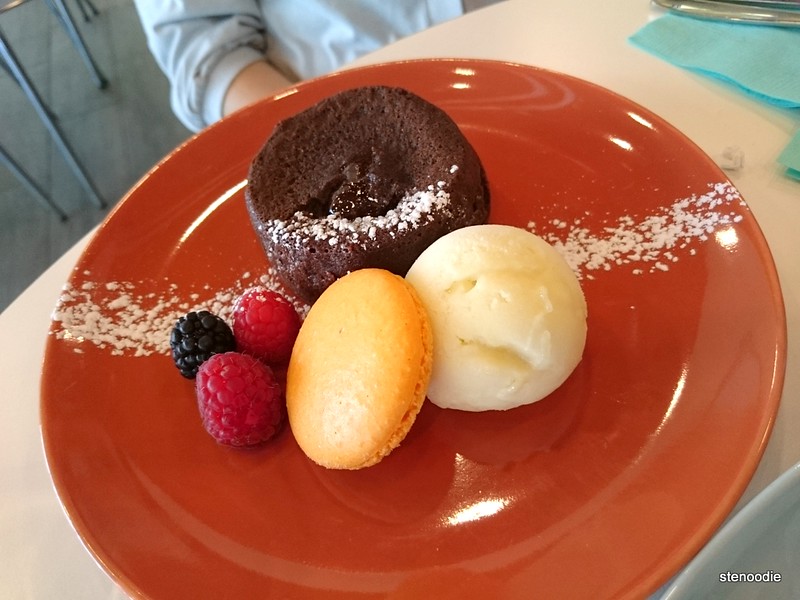 Nicole and Ron shared the Chocolate Lava Cake.  It also came with pineapple sorbet and a thin orange macaron.  I tried a bite of the lava cake and was surprised at how dense it was.  The pineapple sorbet was very refreshing :).

Oh, and we also ordered macarons to try!  I got the green tea matcha flavour while Nicole and Ron got the Earl Gray and Blackcurrant flavours. 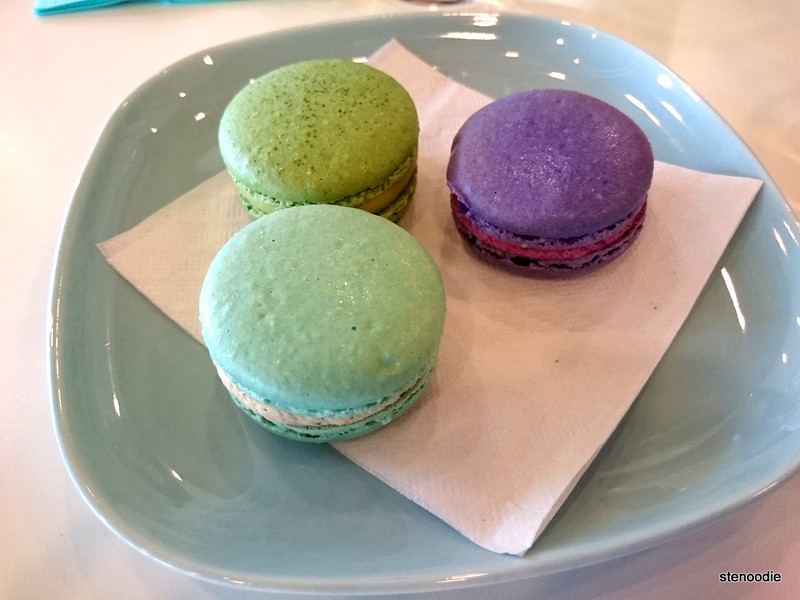 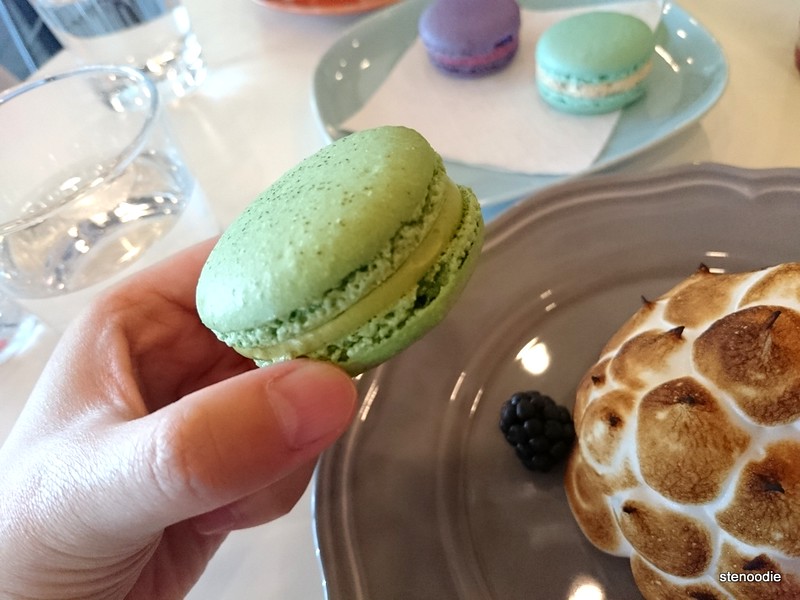 It was a big macaron!

I liked how the macaron was larger than most macarons.  It was good and wasn’t too sweet.  I think the flavour could have been a bit stronger though, but overall not a terrible macaron. 🙂  I also tried a bit of the Earl Grey and also liked that it wasn’t too sweet but lacked a bit of flavour.

Our afternoon ended so much quicker than we thought.  The time just flew by since we were having such a good time.  Sweet Note Desserts is a great place to come in the afternoon like we did to chat over nice desserts.  Next time, I’d like to try their Soufflés and a bottled dessert from the fridge! 🙂 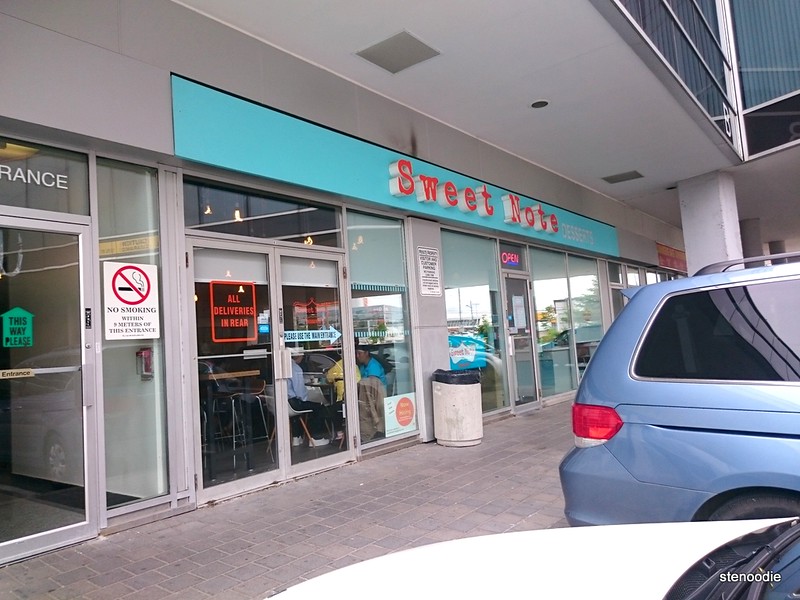 One of the many restaurants at Commerce Gate