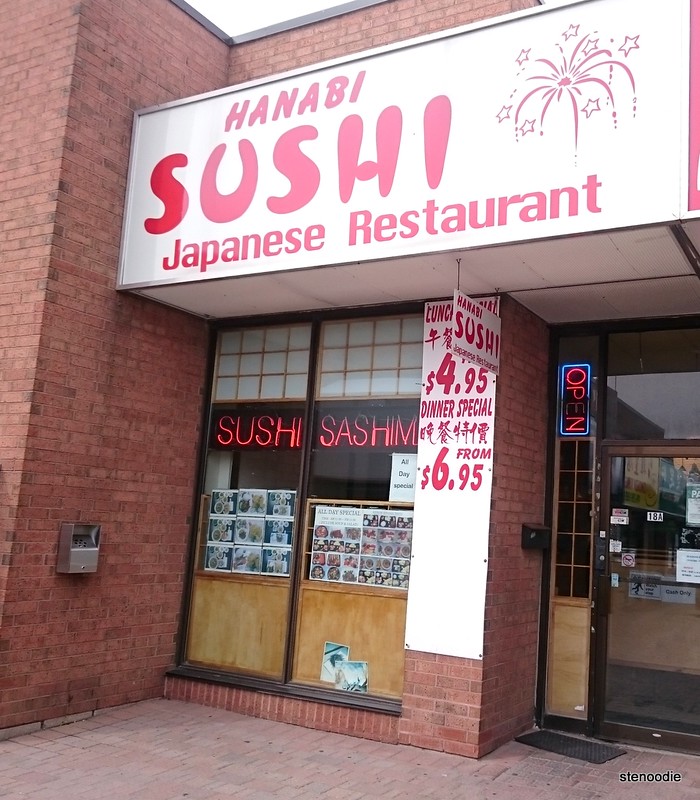 I’ve heard a little bit about Hanabi Sushi from some of my friends and how they get some free stuff from there because they know the owner/person who works there.  Alice, Euphemia, and I went there for lunch on a Friday to check it out and I was excited to see what this place was all about.

Hanabi Sushi is a Japanese restaurant located on a corner of the plaza that is at Midland and Finch in Scarborough.  It’s not big from the outside and it’s definitely that way when you step into the restaurant as well.  It’s very low-key and you can tell that they’ve been there for a while as the restaurant is not modern or newly updated at all.

We were there for lunch and I was surprised with how cheap the lunch prices were!  I was rather excited to see what all the hype was about. 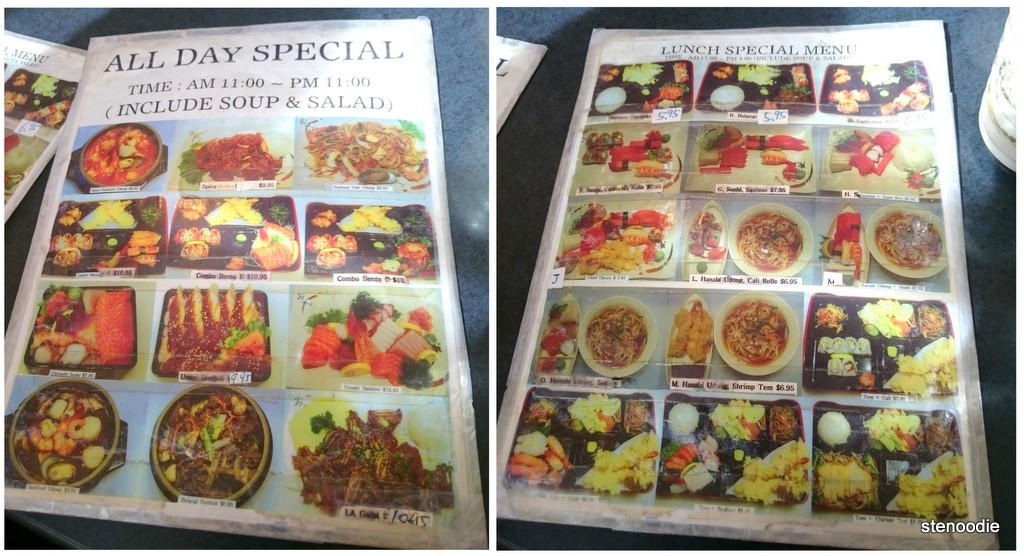 On this day, I wasn’t in the mood for any sushi or sashimi (even though I really wanted to see what their Japanese fare was like) and I wanted some rice and hot food so I chose the Bulgogi Beef combo (it only is $5.95!) and comes with soup and salad too. 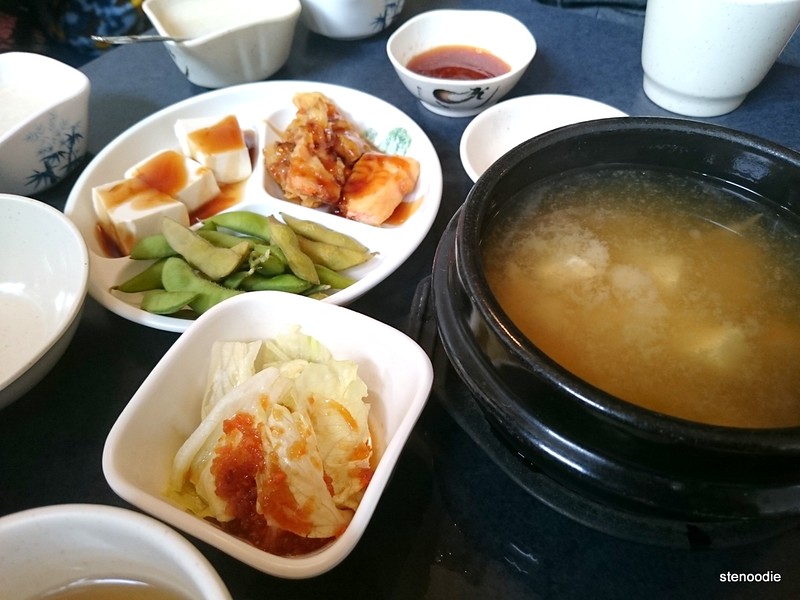 The appetizers: edamame, tofu, miso soup (they give you one big bowl for you to serve yourself), salad, and some fried stuff with sauce on it; it was good! 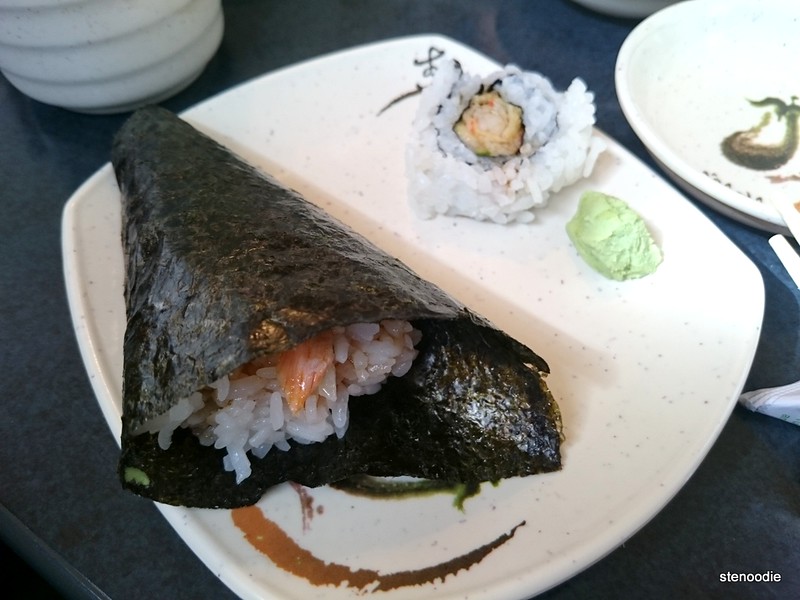 Instead of the picture showing a few rolls that were included with the lunch special, they gave us a handroll and a sushi roll; they tasted okay 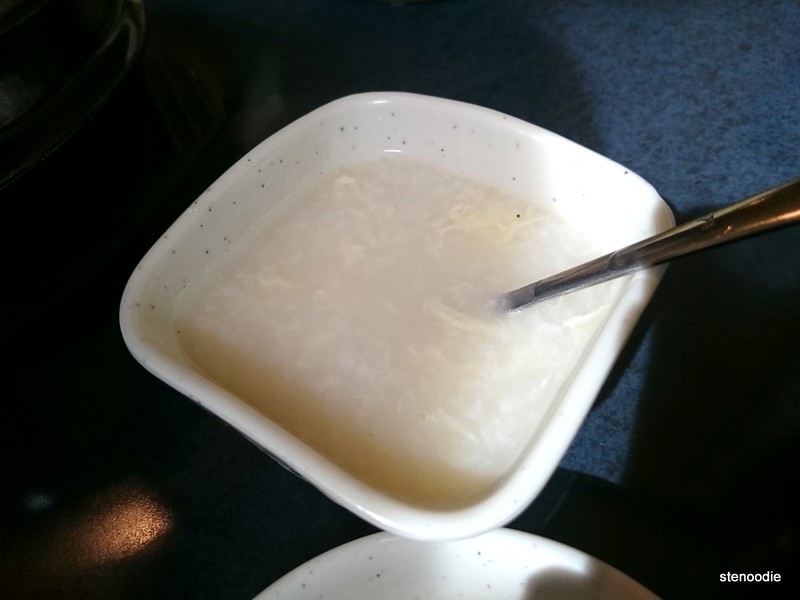 This congee was also part of the appetizer. It was actually really good and comfort-food!

We were a bit wrapped up with our conversations at first so when the food started arriving, it overwhelmed the table since we weren’t eating it fast enough and the table was rather small.  Look at all our food covering the entire table! 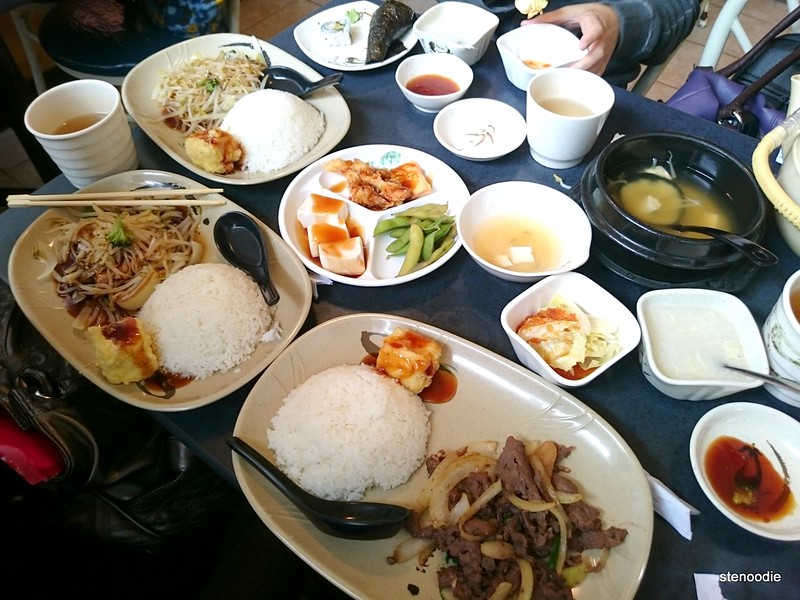 The table wasn’t big enough for all the individual dishes. Maybe a bento box is a better idea…

Instead of the picture showing a bento box with everything in it, many of the sides that came with the Bulgogi combo arrived on separate dishes.

When the main dish of rice and Bulgogi arrived, I understood why the pricing was so cheap for lunch.  There wasn’t that much Bulgogi beef and the portion of rice was huge.  The quality of the Bulgogi beef was also very moderate. 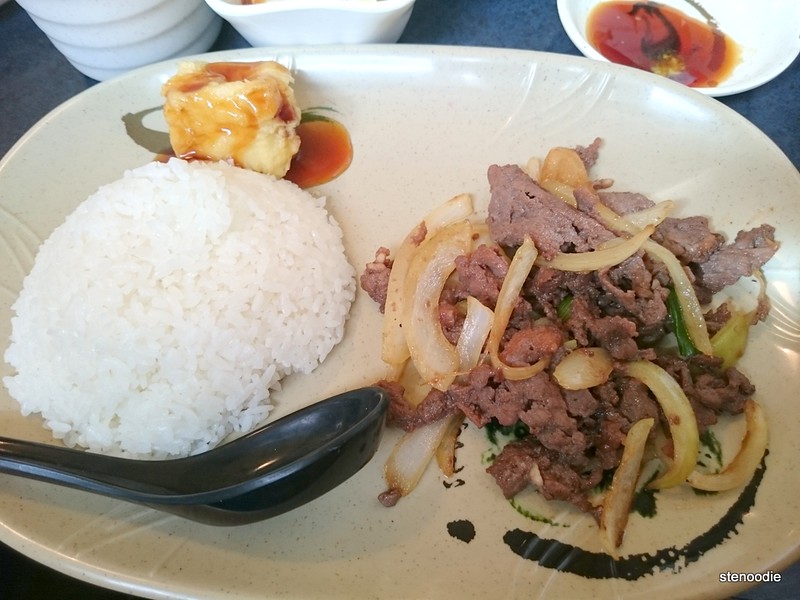 Alice and Euphemia both ordered the Salmon Teriyaki lunch combo.  I tried a little bit of the salmon and it was also just so-so. 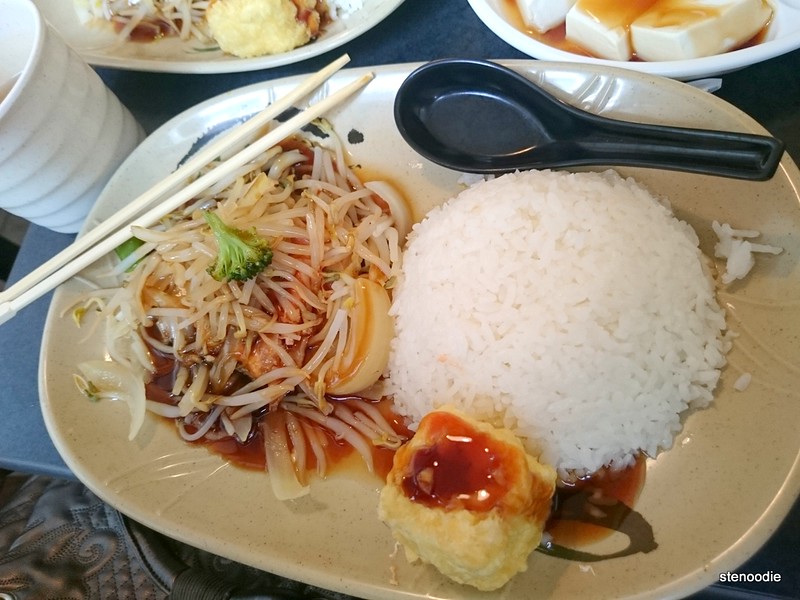 I always keep on open mind because you just never know. 😀

3 Responses to Lunch at Hanabi Sushi