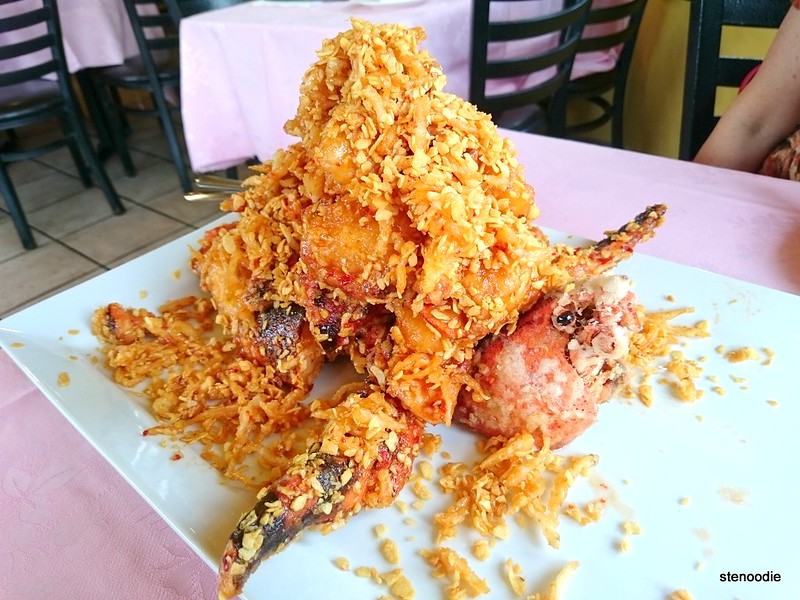 For my birthday celebration with my mom this year, we went to Lobster King for lunch.  I’ve been wanting to eat lobster for a while now and to enjoy it over lunch with my mom, so it was perfect that we got to go on a Wednesday when I was also my Chinese birthday to have a small seafood feast.

We were contemplating to go to Fishman Lobster Clubhouse for this meal, but we ended up going to Lobster King instead.  This is a small seafood restaurant that also specializes in lobster meals in Scarborough on Steeles near Brimley.  I’ve been here for dinner before with family and thought that the food was okay.  It was nice to return again to see what their lobster game is like. 😀

A beautiful day for some lobster! 😀

We poured over the menus for a little while before we ended up choosing the C combo which included a 4-pound lobster done in Hong Kong style (fried with small fish), clam meat congee, and shredded ham and lettuce in soup.  We wanted the lobster to be the main course and I was pretty excited for it! 😀 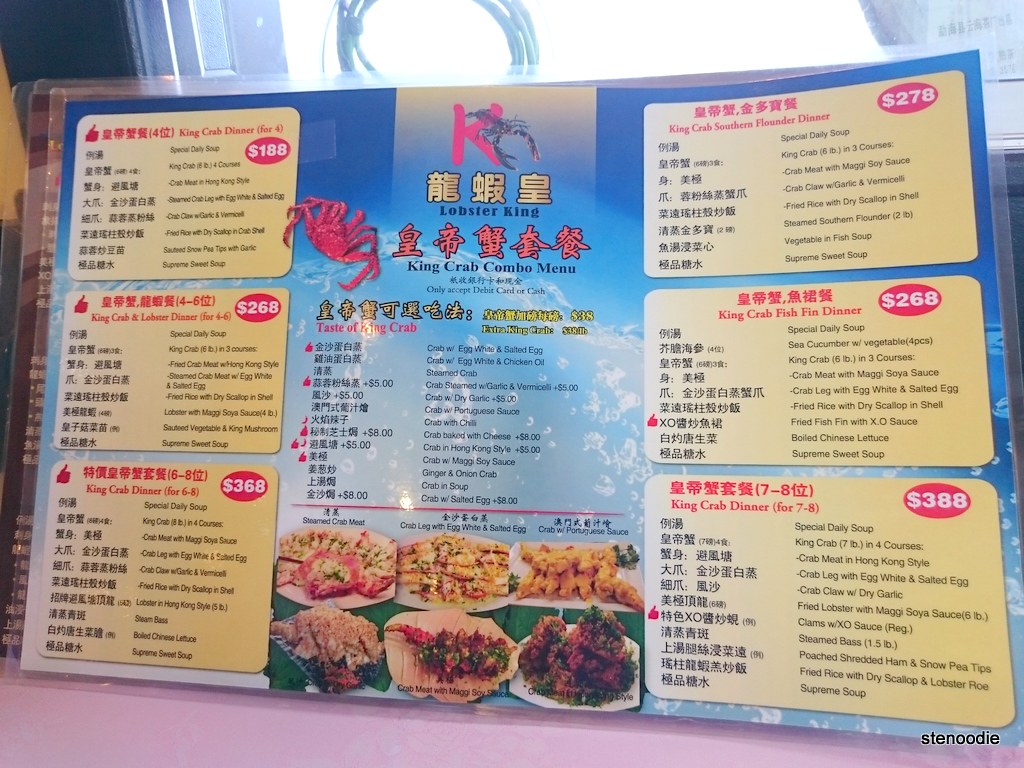 One of their combo menus 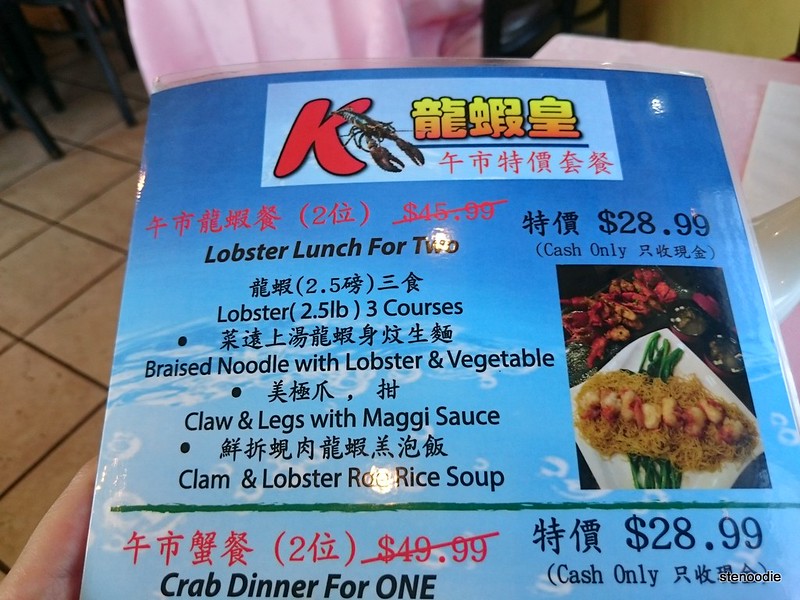 Their lobster lunch for two menu is actually really worth it! 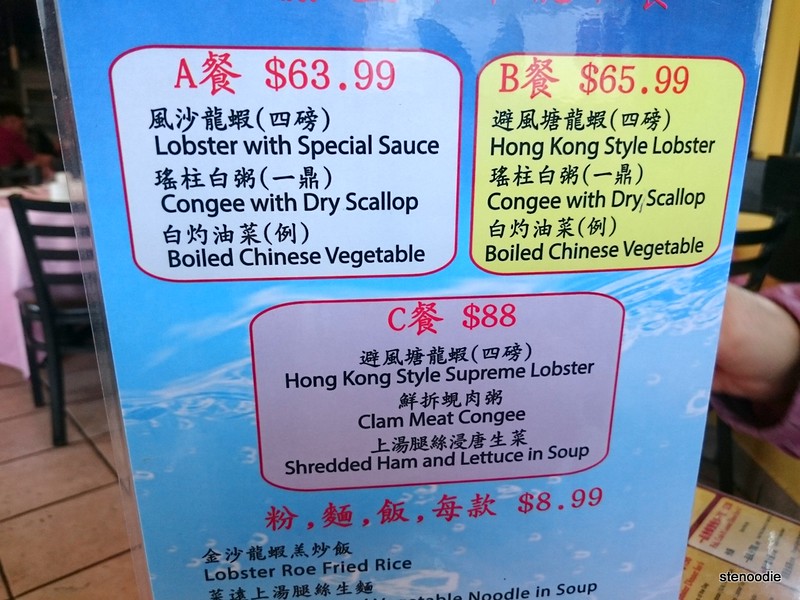 They have free wifi here! 🙂  Their service is attentive and professional!

Before long, the big plate of lobster arrived.  I took some pictures and then we started eating.  There was only two other tables with customers here during this Wednesday lunch time. 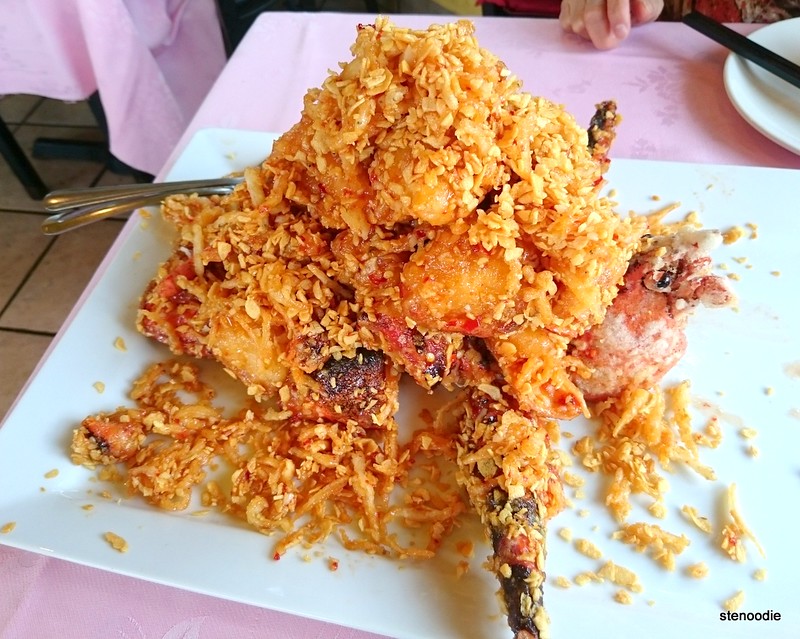 The lobster was pretty good but for 4 pounds, we expected a little more to it.  We had a slight speculation that they took out some pieces for their own use, but we’ll never know the truth.  The lobster was fresh and cooked perfectly so that the meat was easily removable from the shells.  Delicious! 🙂 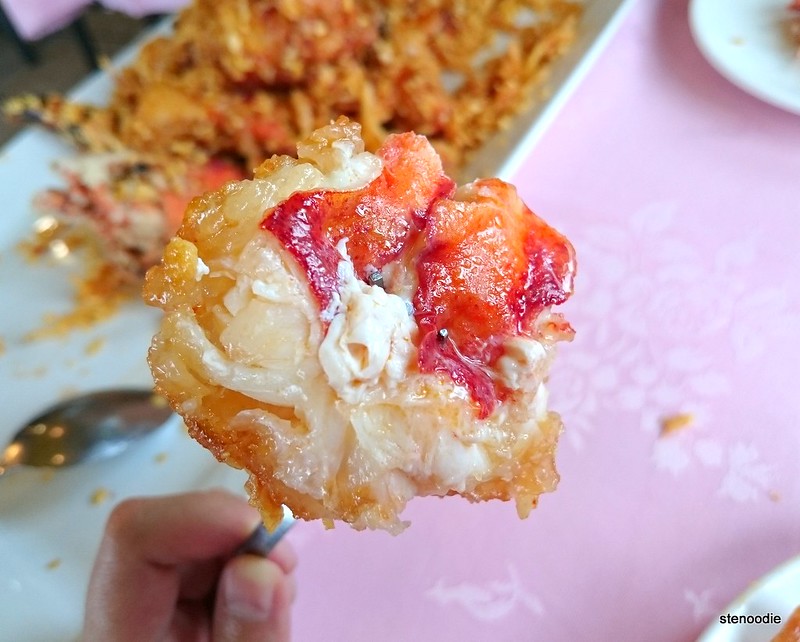 The Clam Meat Congee was plain in a good way and helped to balance the savory tastes of the lobster.  It was really good! 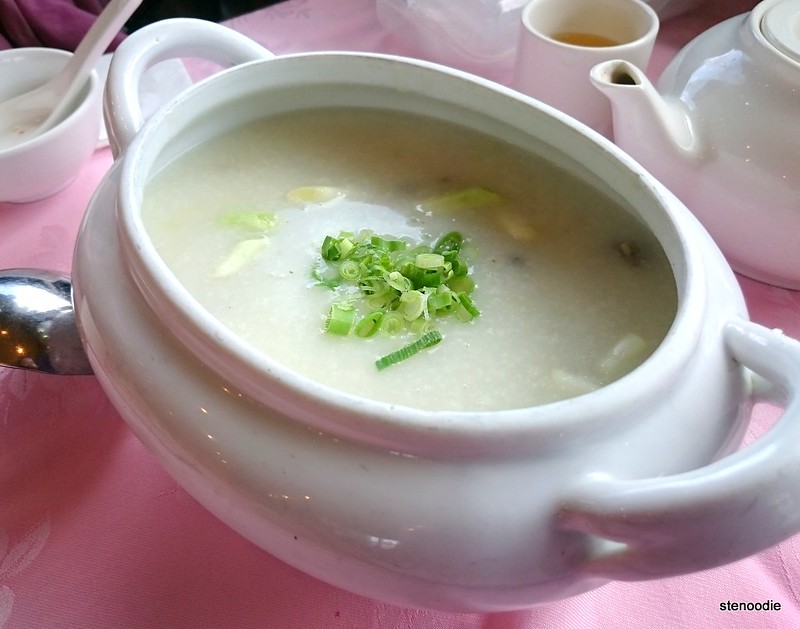 The Shredded Ham and Lettuce in Soup, although a simple dish, was presented in a way that made it look like it came from a fancier restaurant.  It ‘stood up’ with some of the ham slivers placed strategically on top.  This was also a very good dish to balance out the savory lobster meat. 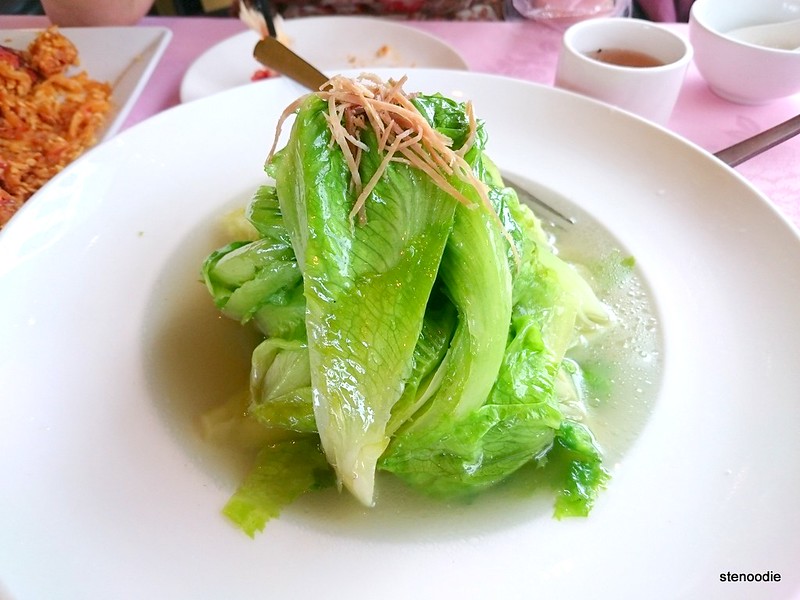 Shredded Ham and Lettuce in Soup 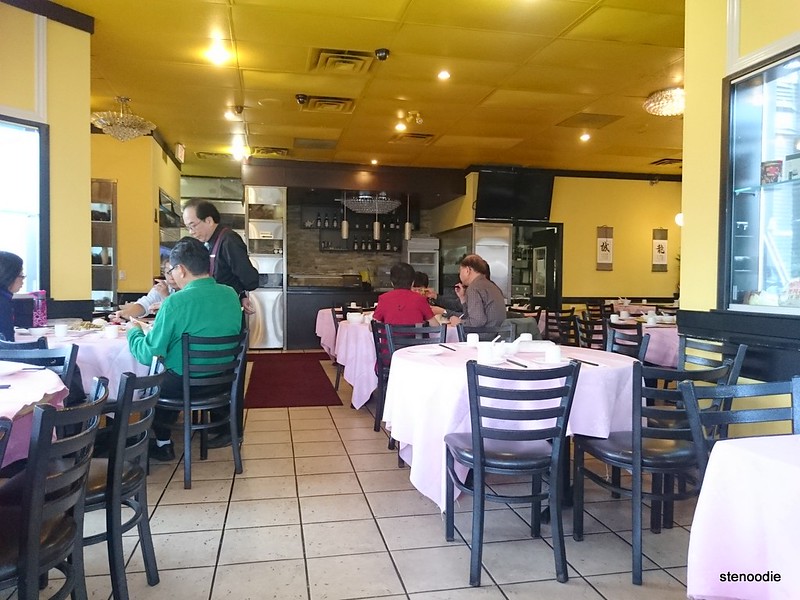 Their plating is so fancy; if they upped the look of this restaurant, they could charge a little more for the quality of food!

Needless to say, we couldn’t finish all of the lobster in one sitting so we took the leftovers home.  This was such a satisfying meal and I’m so thankful that I got to spend it with my mom on a casual Wednesday. 🙂

Have you been here before?  How do you think it compares to Fishman Lobster Clubhouse?