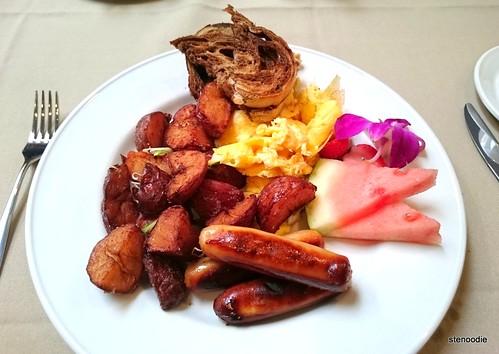 After our first night settling into Haliburton at the Pinestone Resort & Conference Centre, we were ready for our full day of learning and training with our mentors.  But first, we had to get some sustenance!

We walked out from our villa house (it was so nice) to the main reception building to where their dining was — Heatherwood Restaurant.  It was a really nice restaurant inside the main reception building that faced the outdoors with really nice furnishing and decor too.  If you sat by the windows, you could see a really nice view!  Since it was Halloween weekend (the actual day, in fact), there were a lot of cobwebs and festive Halloweeny decor in the restaurant. 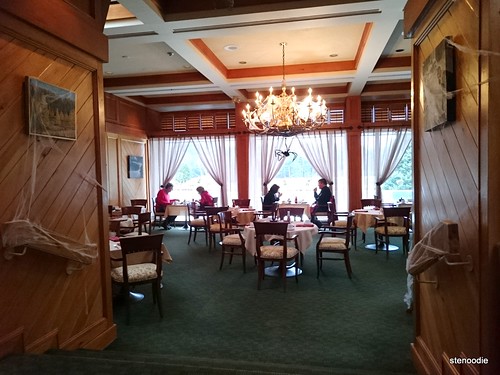 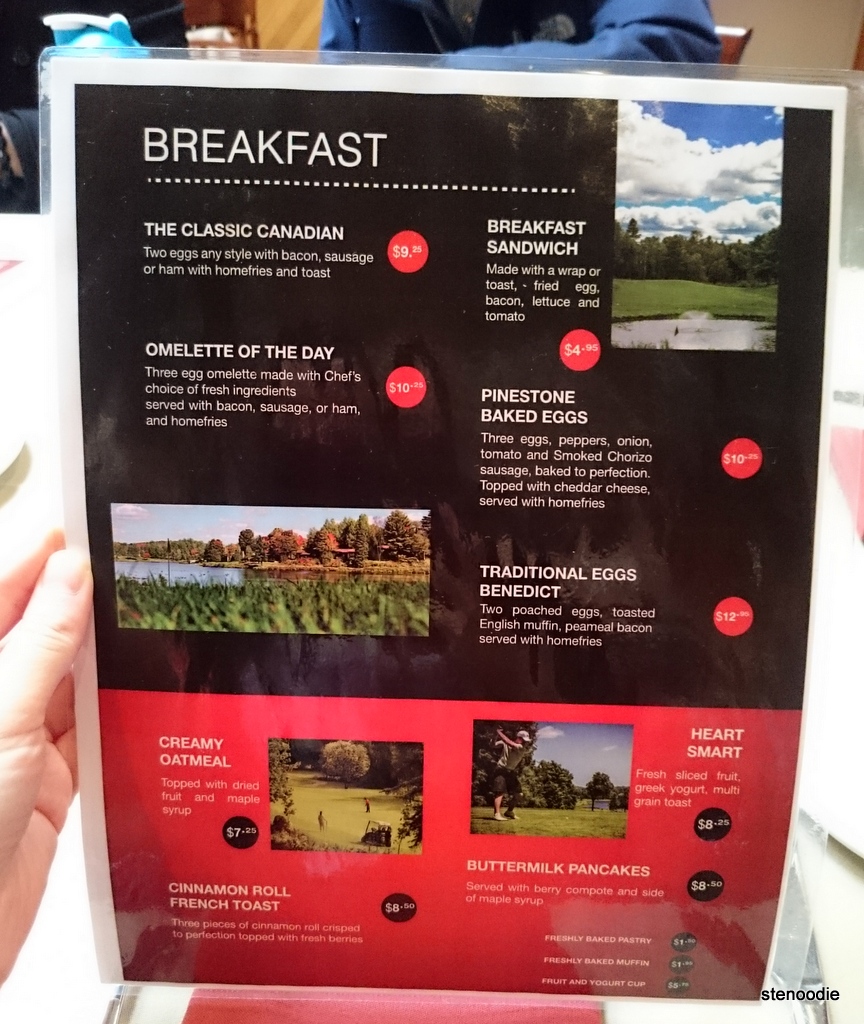 Vivian and I shared The Classic Canadian (two eggs any style with bacon, sausage, or ham with homefries and toast) and the Breakfast Sandwich (made with a wrap or toast, fried egg, bacon, lettuce, and tomato) on brown bread.  Yay for foodies who like sharing plates in order to try more variety! 🙂

It took a little bit of time for the food to arrive.  Yay for the free wifi that was provided by the resort while we waited.  The food was actually pretty good and presentation-wise was nice too! 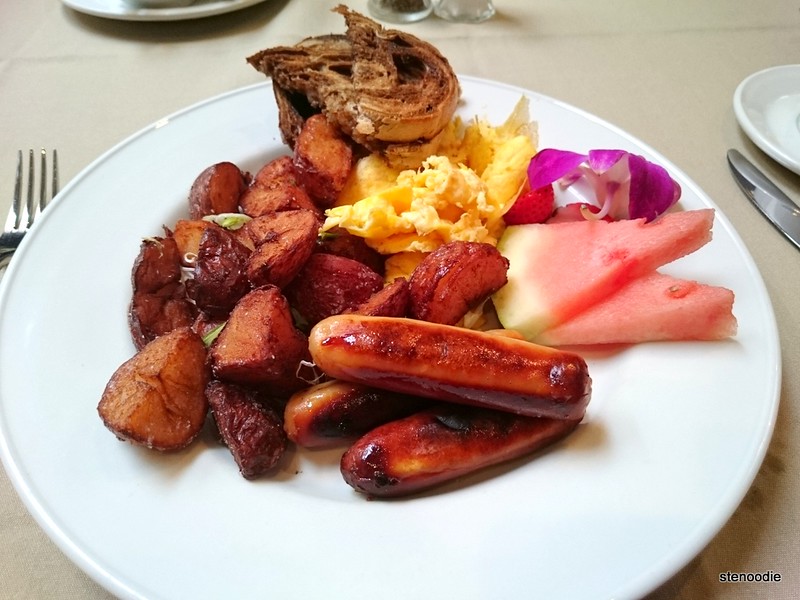 The Classic Canadian. $9.25
-two eggs any style with bacon, sausage, or ham with homefries and toast

We asked for scrambled eggs for The Classic Canadian.  I really liked the sausage as it was the “perfect” kind of sausage.  The scrambled eggs were just okay and the potatoes were also not bad.  The rye bread was a bit hard for my liking. 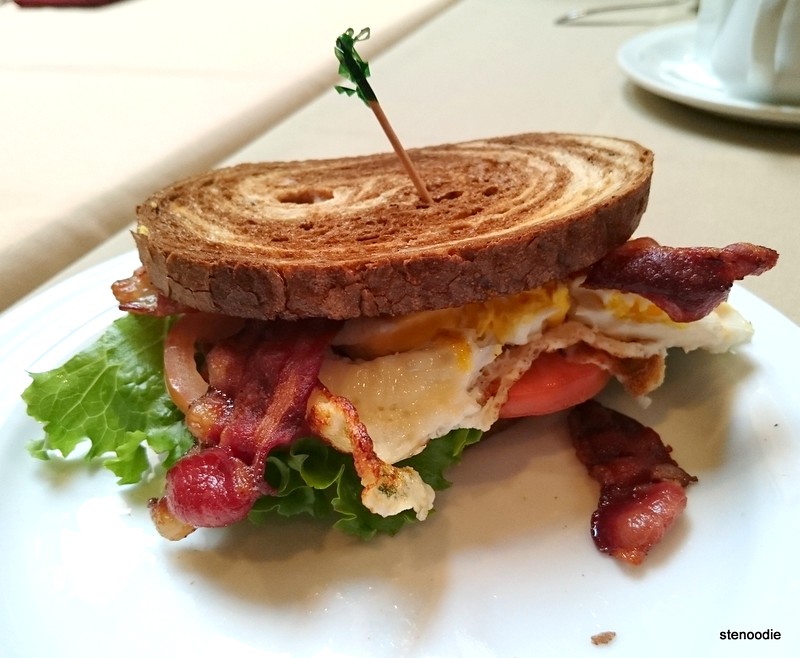 Breakfast Sandwich. $4.95
-made with a wrap or toast, fried egg, bacon, lettuce, and tomato 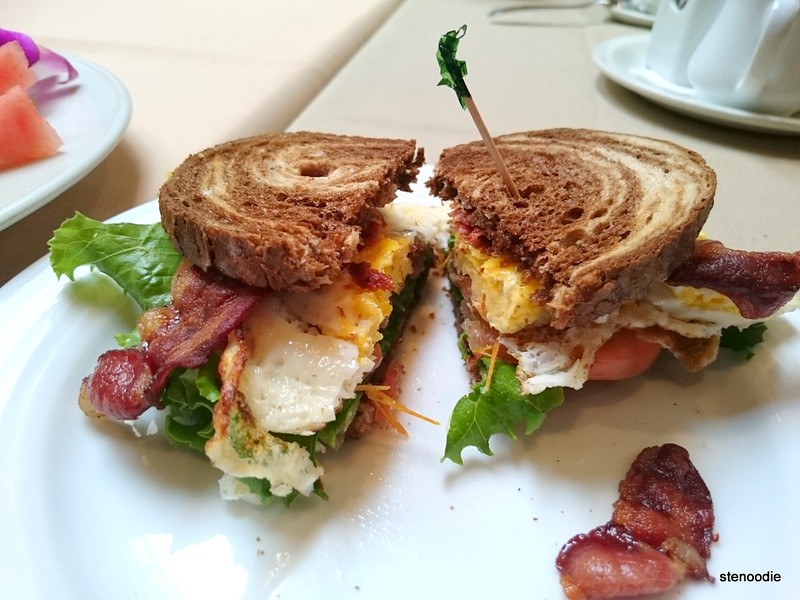 There were several of us who ordered Breakfast Sandwiches and we accidentally ate one of the ones that was made with rye bread (we had asked for brown bread for ours).  Oops!  Nevertheless, it was a good breakfast sandwich (despite the hard rye bread again) and the bacon was so crispy! 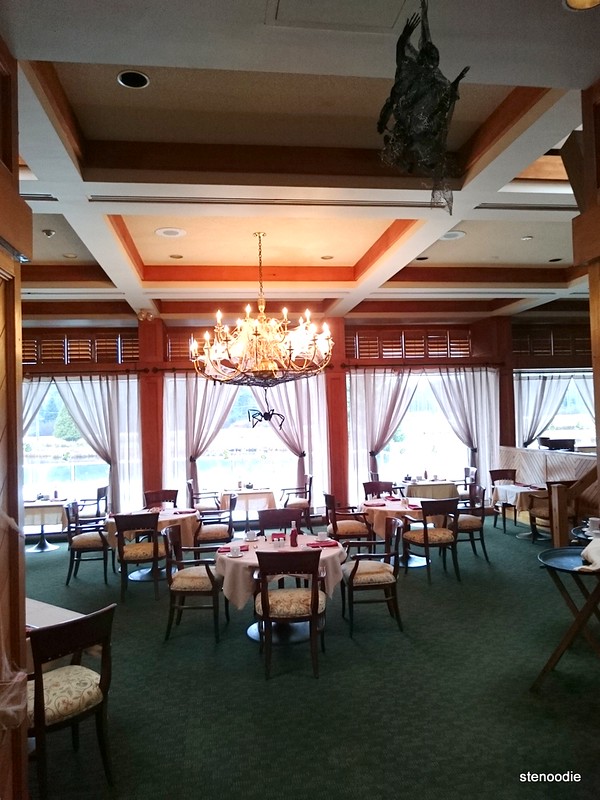 There was one thing that I really didn’t like about Heatherwood Restaurant — the service.  Let me recount the things that left me with a bad impression of the restaurant/resort:  First of all, when Vivian, Sereen, and I first stepped into the restaurant and inquired about the supposedly continental breakfast and were corrected about it not being a free service, the lady who corrected us was very rude about it.

When we stepped back into the restaurant with some of the other partners and asked for a large table to fit all of us, the attitude that was given about us sitting at a specific table was off the charts.  We wanted to sit near the windows to enjoy the nice view of the resort properties but we were informed that the only other large table in the restaurant was one that was going to be reserved for a party “later that night”.  We tried to tell them that we were only here for breakfast, but the server refused to want to set up the large table for us and forcing us to sit at a table away from the view.  It was really rude.

Next, when we were on our phones and perusing the wifi (because our villa houses lacked wifi access even though we were told that there would be wifi throughout the houses at the resort — like Ray said, if the villa houses were lacking beds, there would for sure be a problem, but if there was no wifi, the staff didn’t seem to be concerned about replacing it for us.  It should be part of what we paid for, so why didn’t we receive that service?  If it is broken — which it was apparently — it needs to be fixed!), the same server was talking about us young kids and how we were on our phones all the time and what would happen if our phones were taken away from us one day.  It was really rude.  Little did she know that a lot of online businesses are conducted online nowadays.  We were simply not just “online” on our phones; we were conducting business.  It was really rude of her to assume things.  Lastly, since it was Halloween, the same server commented how we were not dressed up with some snarky comment about what we were supposed to be; university students or something.  I really, really didn’t like her attitude and the way she served us. 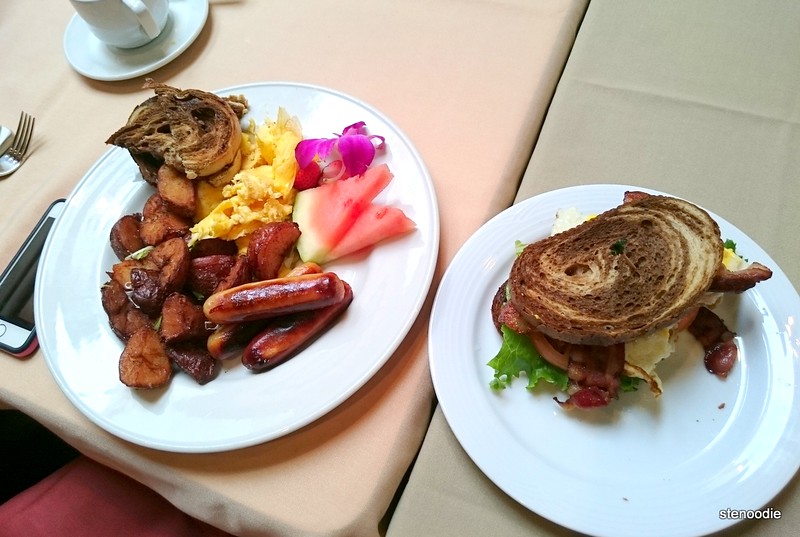 A good morning breakfast to start off a busy day!

Other than that and the wifi not working at the villas that weekend, I enjoyed my food at Heatherwood Restaurant and the company I was with. 🙂