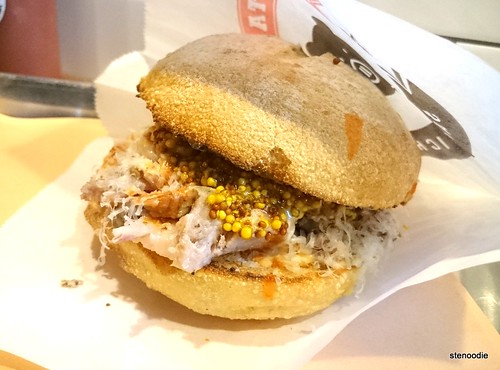 After our somewhat dissatisfying first “dinner” at Beast Restaurant, we skirted around various restaurants on a Friday night to see what else we could try.  We ultimately ended up at Porchetta & Co. which was one of the restaurants not entirely packed on a Friday night in the King and Bathurst area in Toronto.

I’ve heard a bit about Porchetta & Co. and was excited to be able to try them out!  Porchetta & Co. is a casual counter-service restaurant that serves slow-cooked pork roast sandwiches.  They don’t have too much eating at their King Street West location in fact.  Their popular roast pork sandwiches feature a slice of fatty piece called the “crackling” which is very crunchy and delicious! 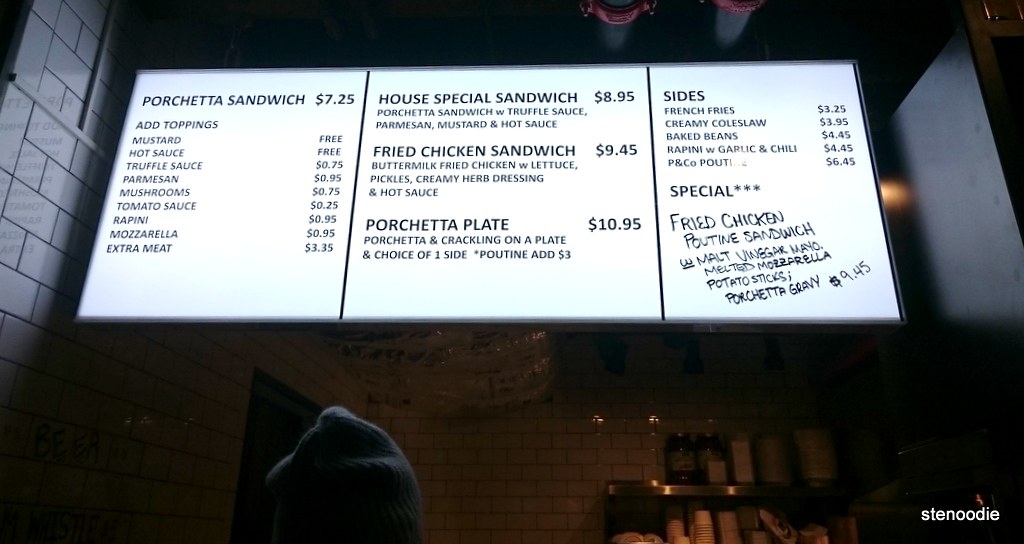 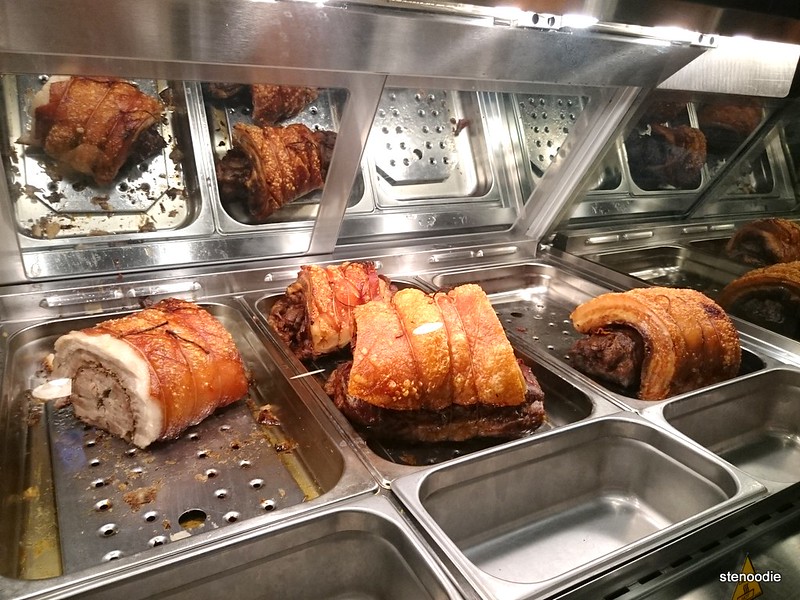 Their unique process involves 3 stages: “marinate pork shoulders in a blend of herbs, to garlic and olive oil, wrap them in sliced prosciutto and then roll them in lightly cured pork belly” 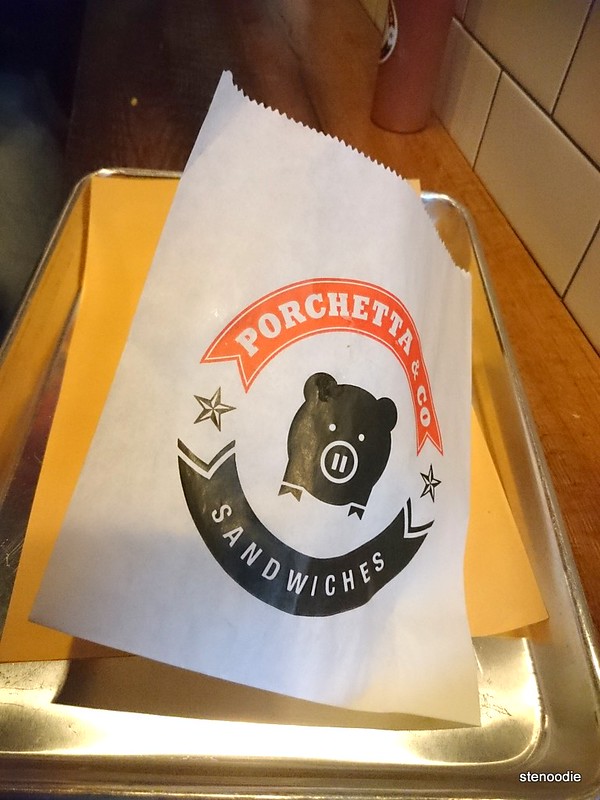 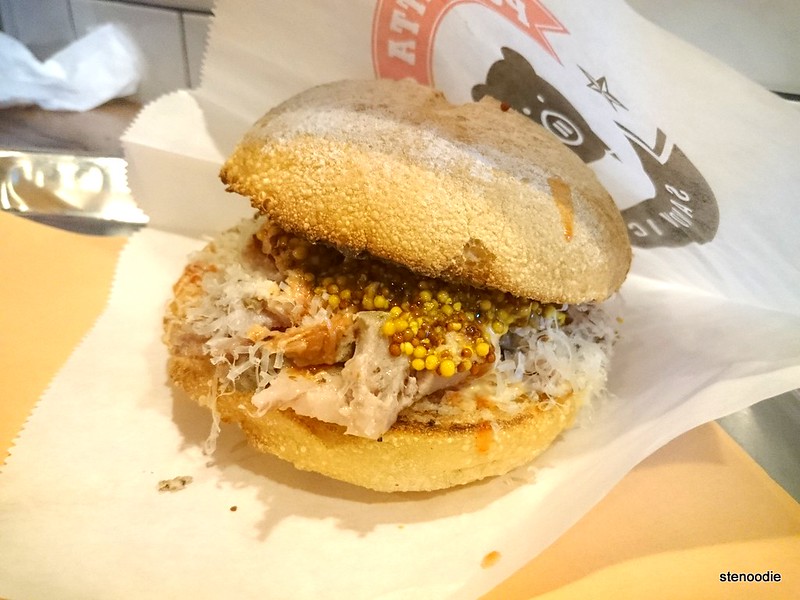 We ordered the House Special Sandwich and shared it between the three of us since we were in that zone of not being too hungry but yet still wanting to try out the sandwich.  The House Special Sandwich contains 4 oz. of porchetta and crackling with truffle sauce, parmesan, mustard, and hot sauce.  You order this at the counter and then they call your number.

I was excited to try this!  After a brief “foodie blogger photoshoot”, we decided up the sandwich and tried it out. 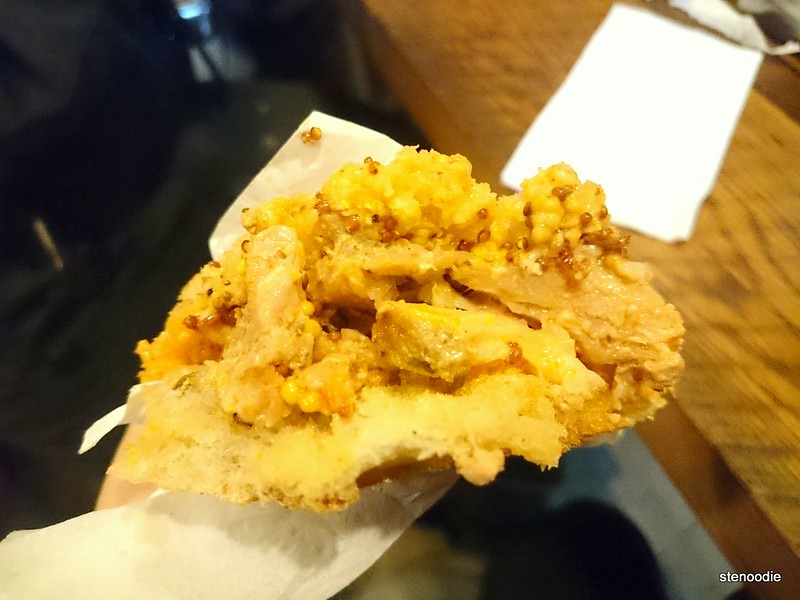 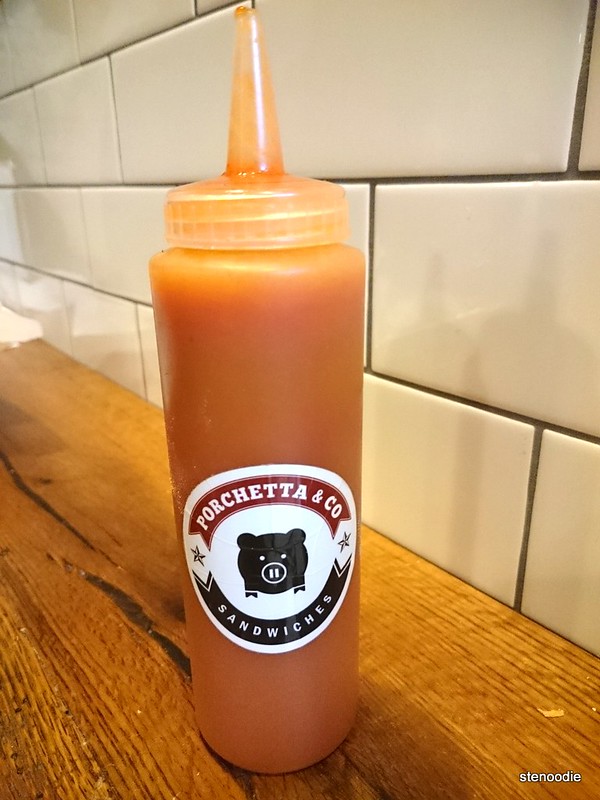 Mmm!  It was so crunchy!  It was loaded with lots of porchetta roasted pork inside and I really enjoyed it!  Its meatiness actually reminded me of the smoked meat sandwiches from Schwartz! 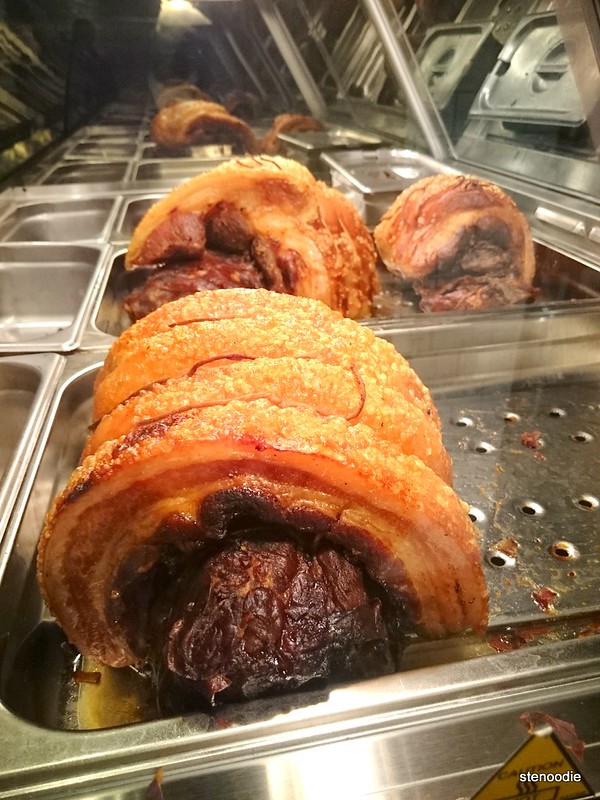 The porchetta and the crackling! 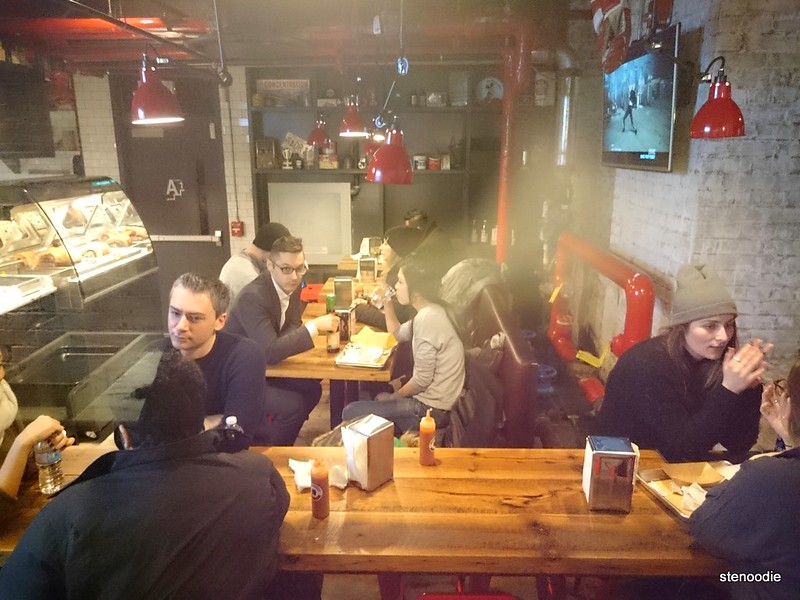 This is how big their dining space is 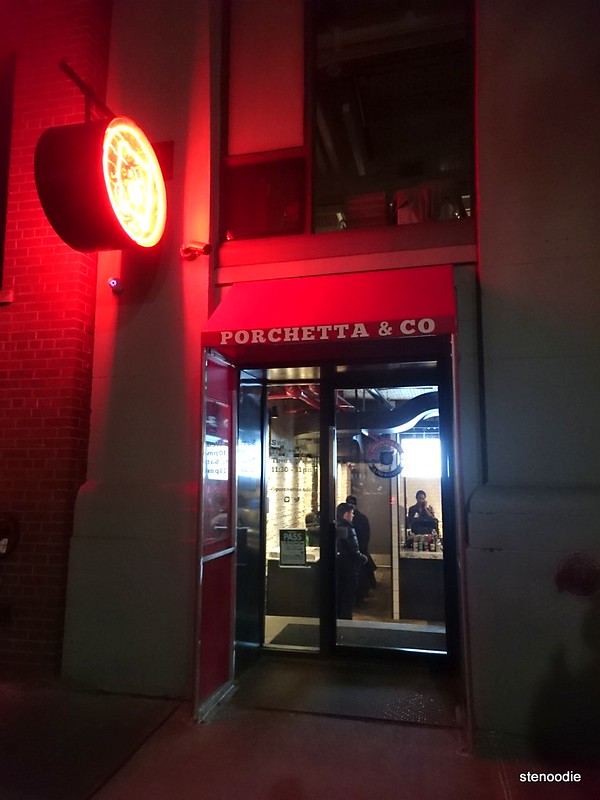 I was glad that we shared one even though it wasn’t a big portion because one sandwich by itself would have filled me up for sure.  In addition to their House Special Sandwich, they also have a Fried Chicken Sandwich, Breakfast Sandwich, and a plate of porchetta.  I would love to return in the future to try more!