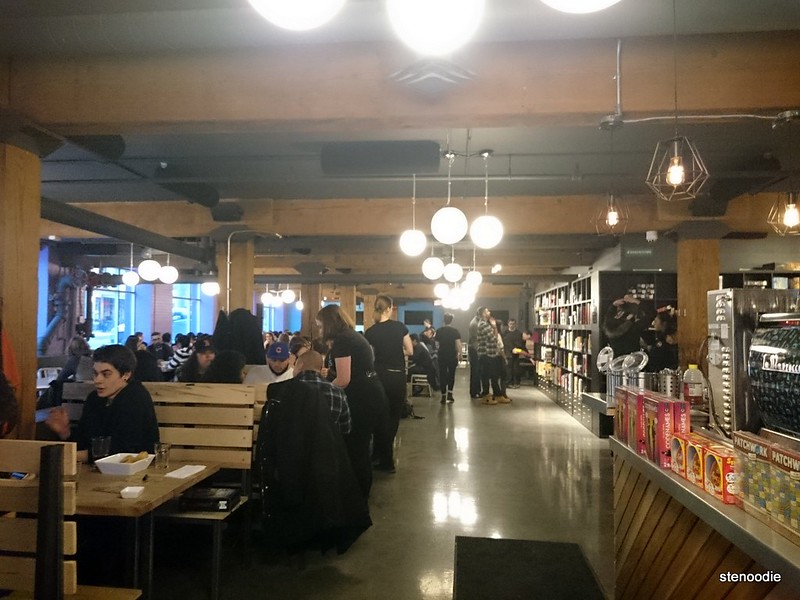 The first time that I went to the first Snakes & Lattes on Bloor Street many years ago was on a Valentine’s Day with a date.  Since then, I have returned to that board game cafe and also blogged about it too!  Snakes & Lattes now has a second location at Bathurst and College which was where I went to recently to play some board games with some friends.

We arrived on a Saturday afternoon and I was amazed at how big this Snakes & Lattes location was!  There was a huge space for many, many tables of people to sit at to play board games with their friends.  There were also two walls lined up with huge bookcases on which hundreds of board games could be chosen to play with. 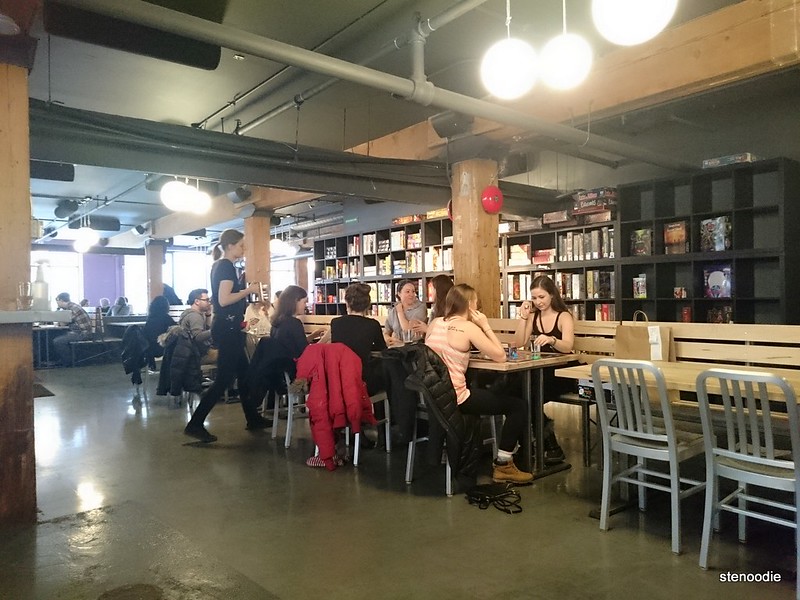 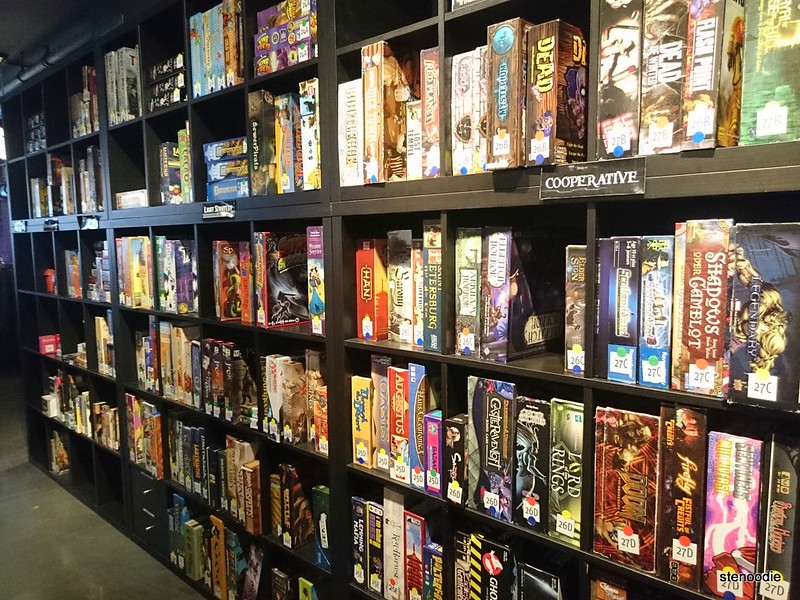 Look at all these board games! ❤

We were led to an open table by the hostess where our server Sarah was our guide for the afternoon.  Sarah was extremely friendly and I loved her smile.  I really appreciated how she came around every so often to see check on us and to refill our water glasses.  She really made my visit feel so welcoming and warm!  I was also pleasantly surprised to get a table easily.

I remember the first time that I visited Snakes & Lattes, we had to leave our number with the host and then wait for a text in order to get a table.  I was glad that there were so many tables here at this location that we didn’t have to worry about waiting for a table (at least during the time that we arrived, it wasn’t busy enough to warrant a wait).

We played several games that day including an old favourite and classic, Battleship!  This game is so fun and simple.  It really makes you forget about anything else because your main goal at the moment is to find your opponent’s ships and sink them! 😀

The play cards in Exploding Kittens were hilarious and definitely modern-day humour.  It is good for a group and more fun that way.  We played two rounds of this! 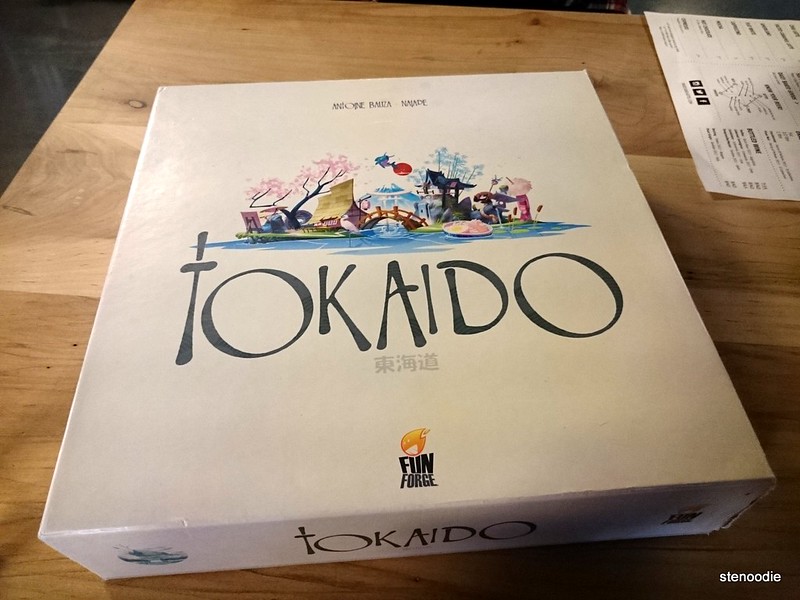 Tokaido was a more relaxing and slow-paced kind of game.  Your goal is to travel from Kyoto to old Edo in Japan, visiting as a tourist who needs to shop at souvenir shops, give charity to temples, meet new friends, paint artwork, and eat at restaurants!  It’s not so much a strategy game even though you can strategize through it in order to win.  It was definitely a “zen” kind of game like Anthony described. 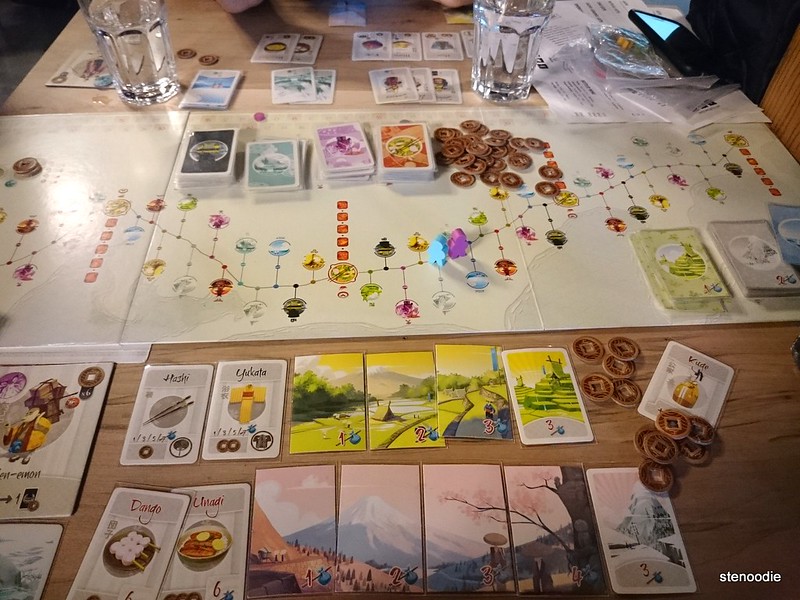 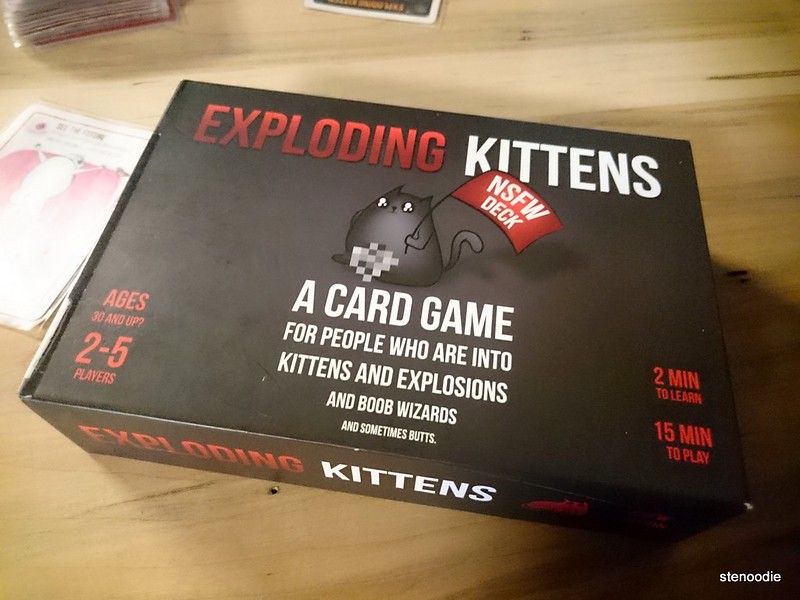 We also played the explicit version of Exploding Kittens 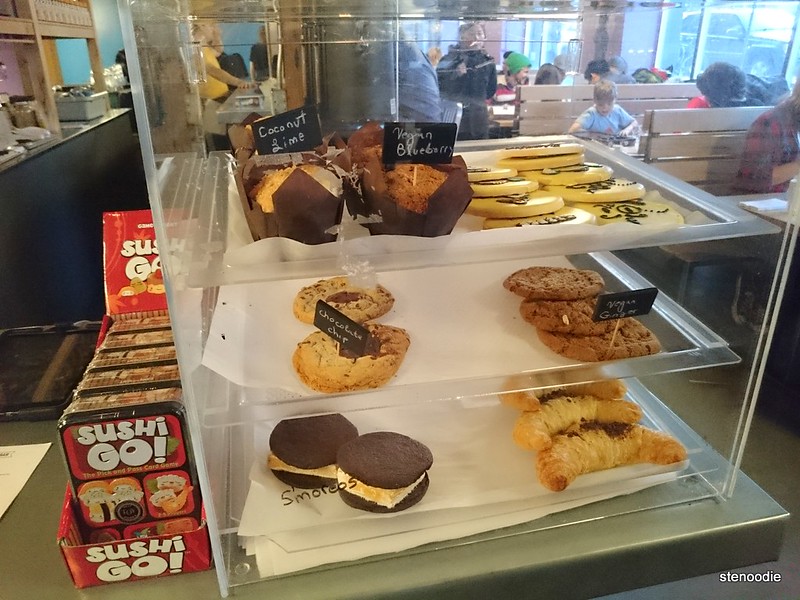 We didn’t stay that long that day at Snakes & Lattes otherwise we could have played more games too.  I unfortunately broke a water glass that day too by accidently knocking it to the floor when I was trying to unbox one of the games.  Oops.  Sorry!  Again, I have to thank Sarah’s pleasant demeanor and personality in helping me clear away the broken shards of glass.  I have never broken anything at restaurants before!  Haha.  She was very forgiving too and remained pleasant during the mess.  I really enjoyed my visit there! 🙂 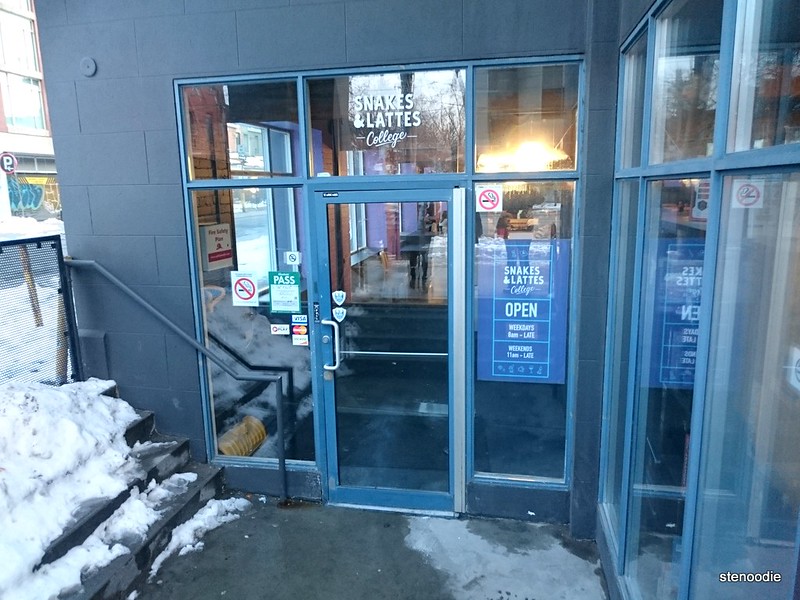 Have you been to Snakes & Lattes before?  What was your experience like?  Do you have any board games to recommend to me to play?! 🙂

(One more thing I forgot to mention is that I really disliked the washrooms at this location.  They were one-gender washrooms which meant that even though there were two doors, they led into the same washroom space and each separate stall had its own toilet, wash basin, and hand towel contraption.  However, the entire washroom was very filthy and smelled very bad.  I couldn’t wait to finish my business and get out of there!  I also didn’t feel safe as a female being in that one-gender washroom.  Anyone could have entered that washroom and done anything.  I prefer one-gender washrooms that are all separate stalls; not these ones where there are individual stalls within a same washroom area.  Ekk.)