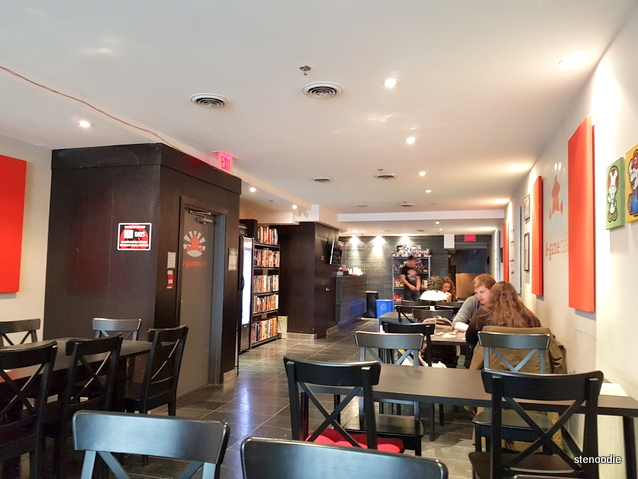 A-Game Café is a board game café situated on Queen Street West in the heart of Toronto.  At the time of writing, they have a Groupon deal where you only have to pay $12 for unlimited gameplay for two people with a $10 food credit too.  The regular sitting fee at A-Game Cafe is $3.50 per person per hour or $7 per person for unlimited gameplay.  This Groupon deal of just $12 was definitely one of the best deals to get to have a fun afternoon of board game playing in this cafe!

We arrived at A-Game Cafe just before 2 p.m.  They are located on the second level so be sure to look out for their entrance way when you are walking down Queen Street West.  They occupy the second floor level and had a comfortable open layout of tables and chairs as well as great selection of board games for you to choose from to play with.  They are not as huge as some of the other board game cafes in Toronto like Snakes & Lattes but we really enjoyed our time here to play in a non-crowded and relatively quiet space.  There were several other tables of people playing board games too but the noise level was moderate.

We played several board games that day like Jenga, Bananagrams, and this crazy fun game called Banana Matcho that was new to us. 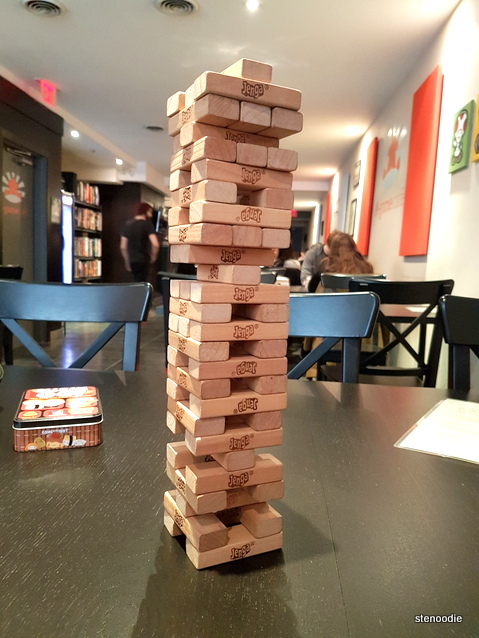 The tallest game we had that day — so fun! 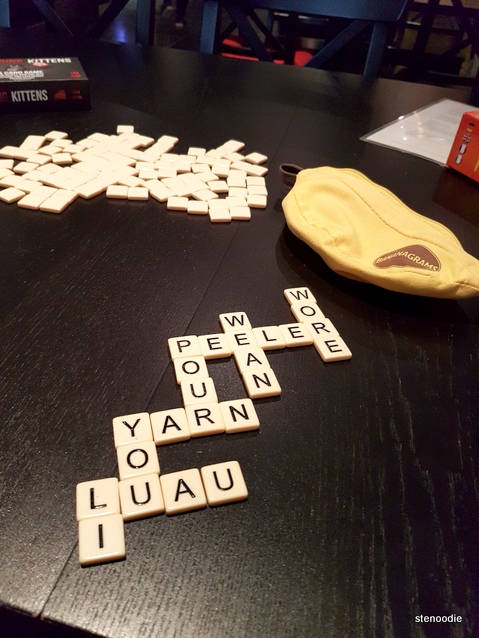 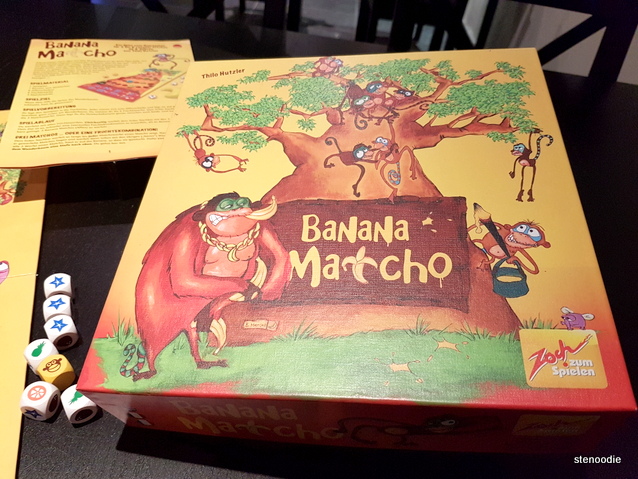 This game was hilarious XD

I tried their Apple Cider and it was really good!  Ken had the London Fog and an Americano.  I liked their cute mugs! 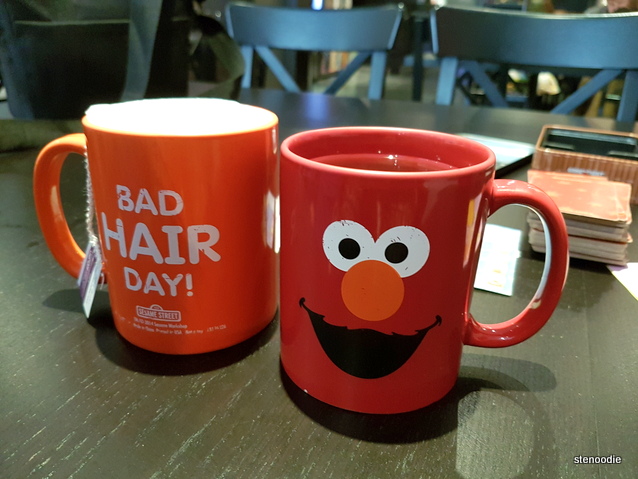 We tried the Reuben Sandwich which came with a choice of an apple or chips.  I chose the Jalapeno chips.  The service here was really attentive, friendly, and prompt.  The staff really made sure that their guests were well-attended to and could explain game rules to you if you needed help on a game. 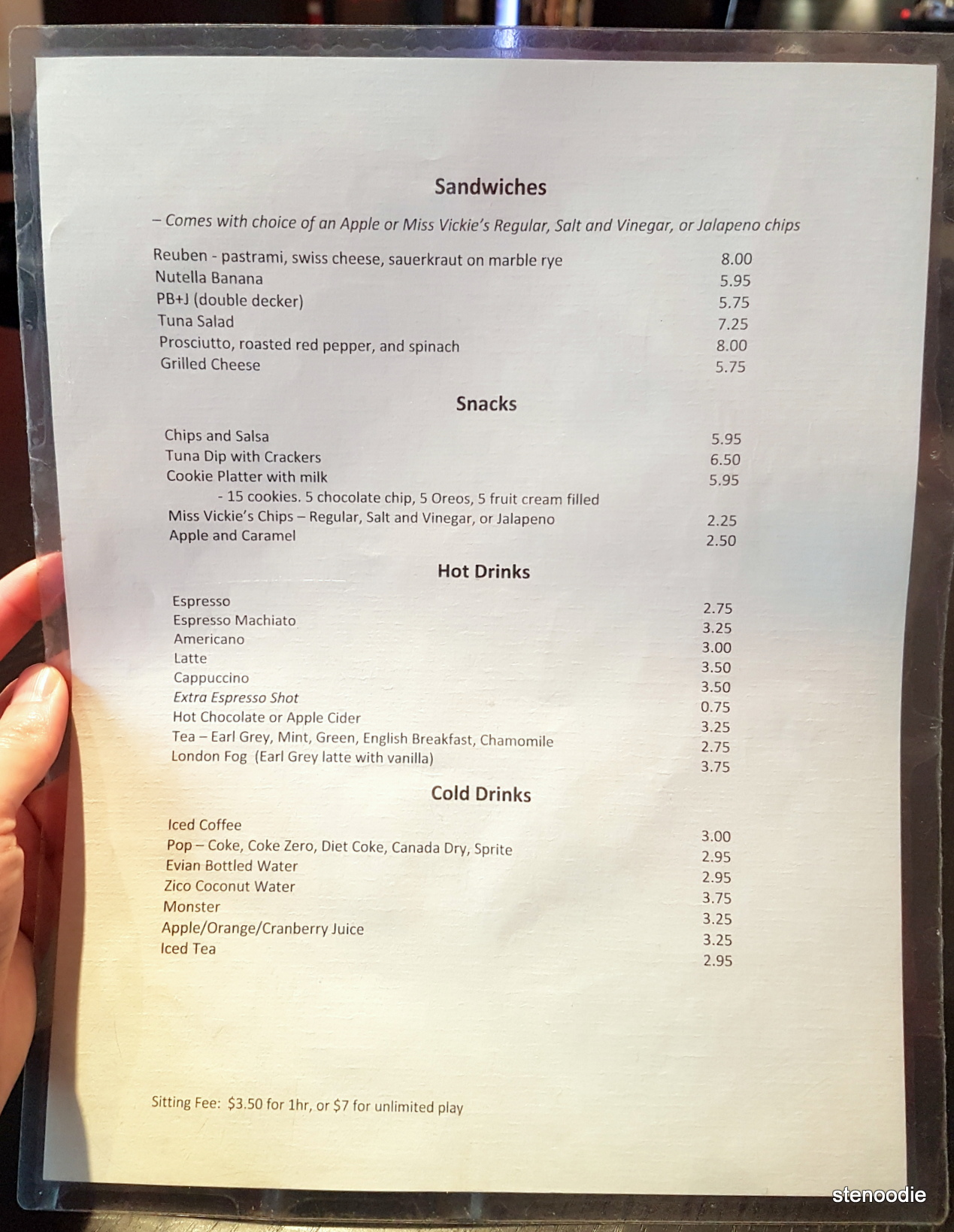 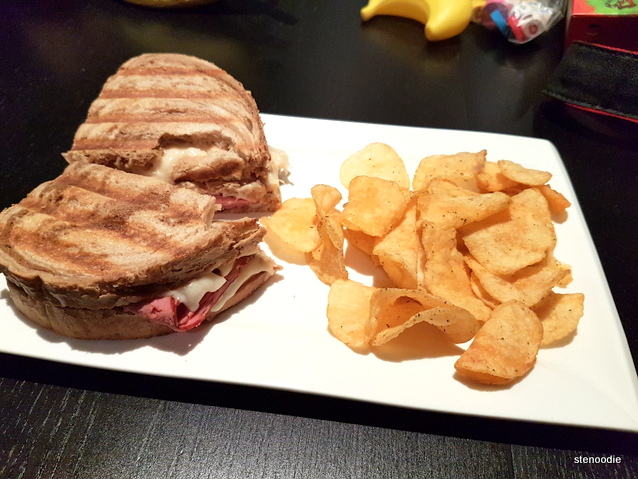 I would return to this board game cafe because I liked how quiet and casual the environment was. 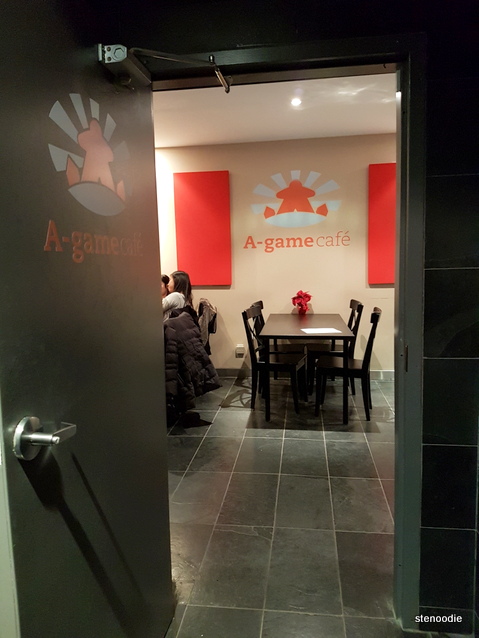 After you go up to the middle of the stairs, A-Game Café is located to your right