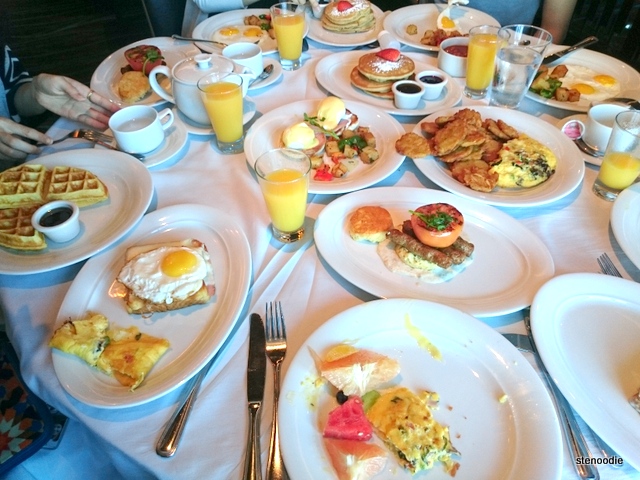 Breakfast at Savor Restaurant on the Norwegian Get away cruise ship

On the sixth day of our seven-day cruise on board the Norwegian Getaway, we docked at Cozumel, Mexico, but since the Zika Virus was on high alert and some of us didn’t want to risk getting bit once on the tropical island, we decided to stay on the ship and have a fun day on the ship instead.  It was actually one of the best days because we got to relax and spend time having fun doing whatever we wanted on a relatively empty boat.  First, we started off with a late breakfast at Savor Restaurant at 9 a.m.

It was nice to eat breakfast together in a dining restaurant.  We had been eating breakfast at the Garden Cafe buffet on all of our mornings on the cruise thus far.

The seven of us all decided to share the breakfast plates.  We ordered Eggs Benedict, Sandwich, Omelette, Sunny Side up Eggs and Pork Sausages, Melon, Grapefruit, Pancakes, and Waffles. 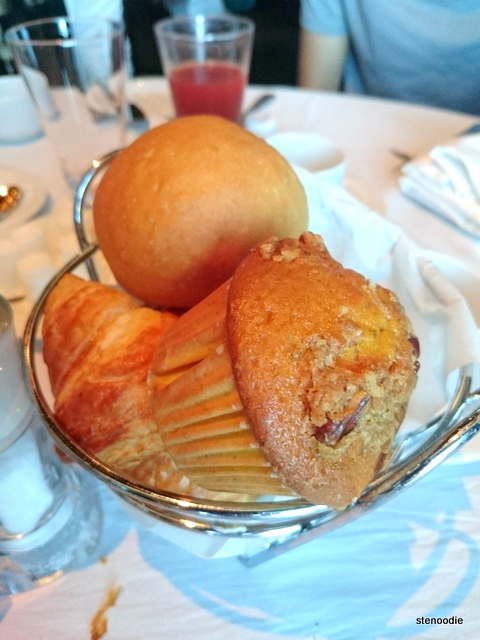 Pastries on the table before we began breakfast 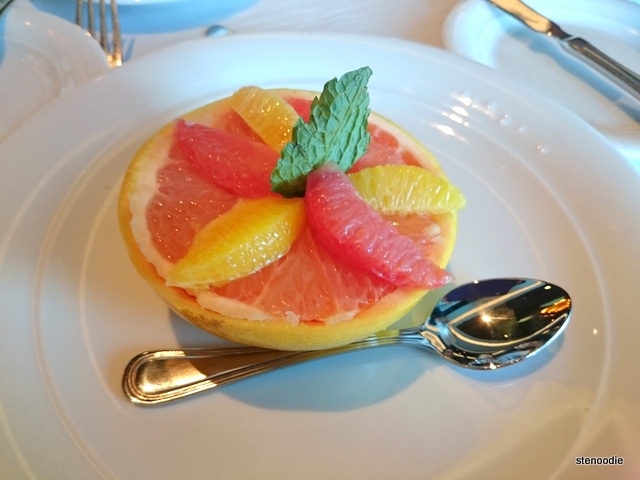 The Half Grapefruit & Orange Segments were so nicely presented. 🙂 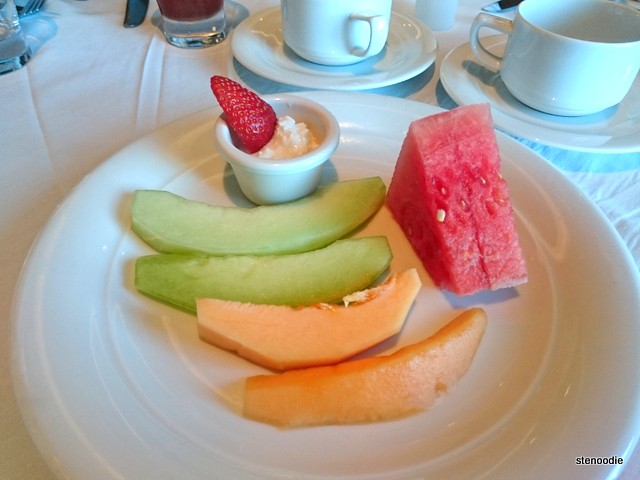 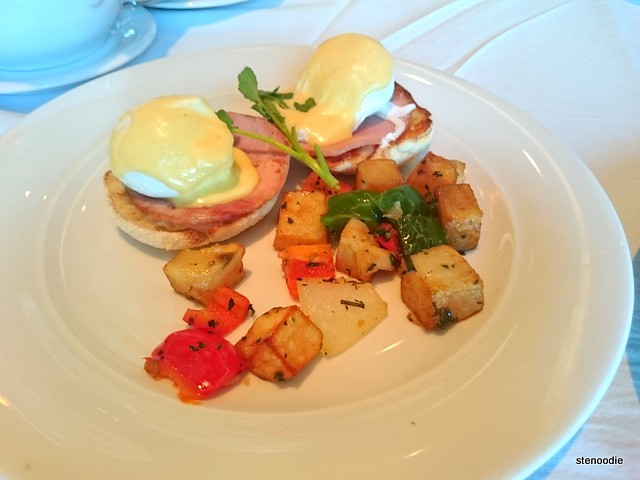 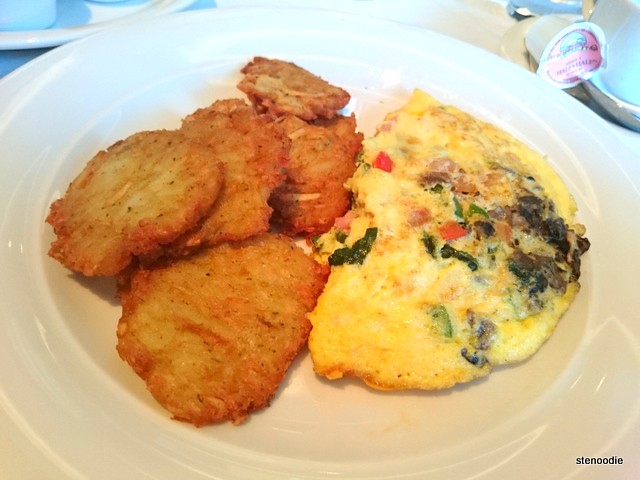 The omelette was just okay, but I loved how many ingredients were in this!  There was ham, mushroom, cheddar cheese, bell peppers, spinach, and tomatoes.  I really enjoyed the hash brown potatoes that came with this too.  They were so crunchy but not too dry.  Yum! 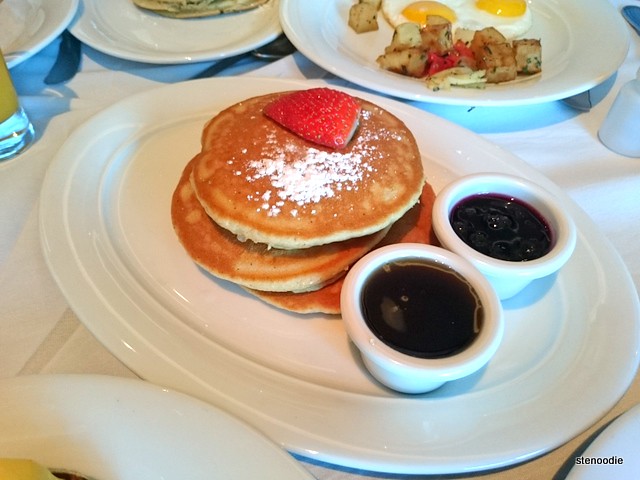 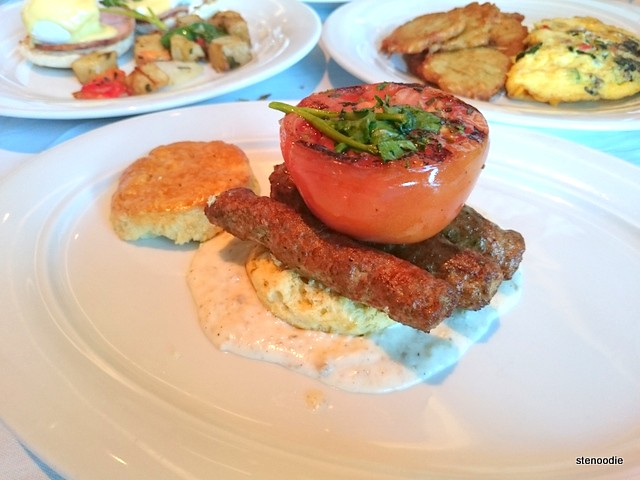 This was an interesting dish.  I love the pork sausages that they had on the Norwegian Getaway; they were perfectly salty, tender, and delicious.  The Southern Country Biscuit was a little dry and the baked tomato on top was a little random.  It looked nice though. 🙂 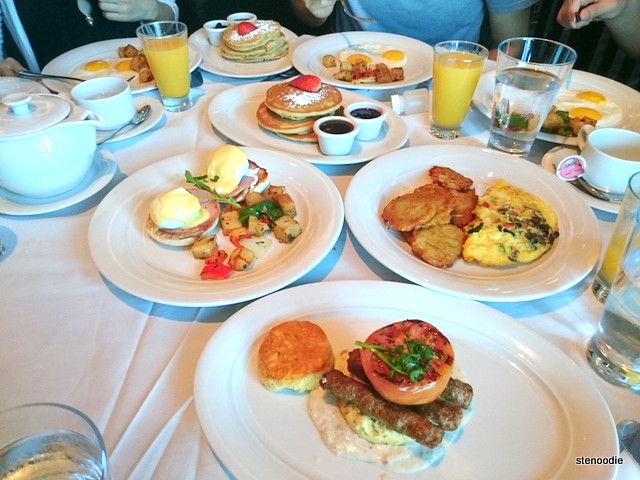 Our table filling up and at this point, we didn’t get all our dishes yet 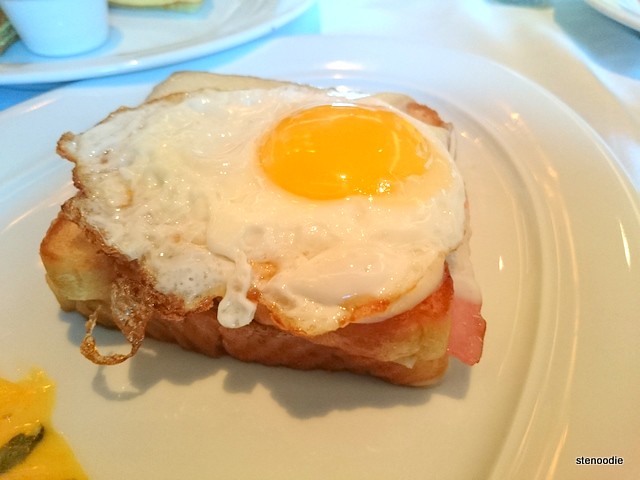 This sandwich was called a Croque Madame.  This was interesting with a fried egg on top of the sandwich and pretty tasty overall. 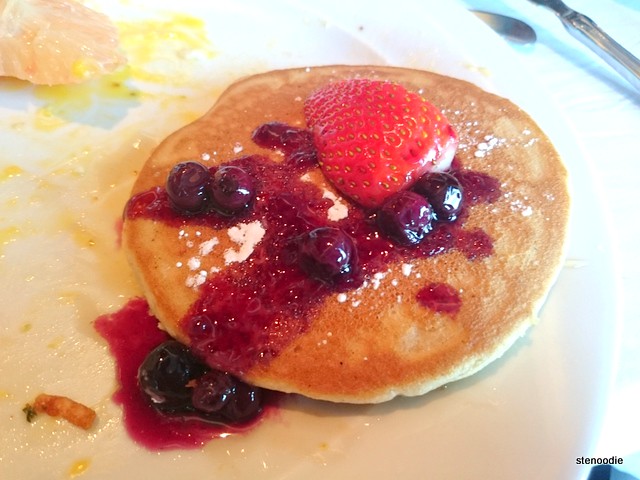 These pancakes filled us up! 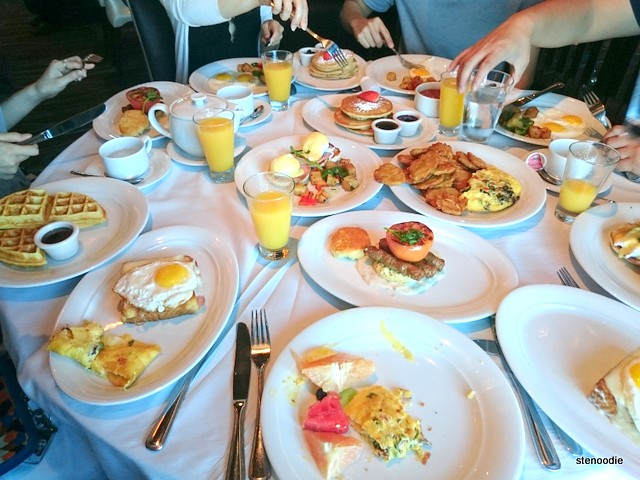 All of our food on the table

Wow… look at our table.  It was so full of food! 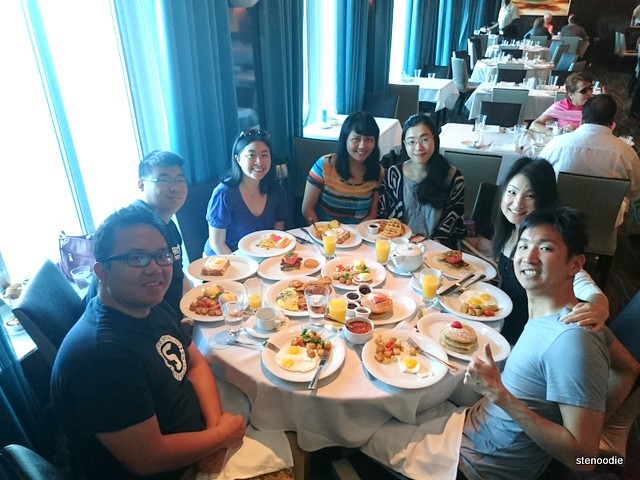 Our entire table was covered up with plates!  We had to put aside glasses of water and juice in order to make room for all the plates.  The prune juice that I got was really good.

I loved the Omelette!  It was so tasty and full of stuffing :).  The Eggs Benedict was just okay.  Everything else was not bad.  I enjoyed the red peppers, green peppers, and onions that came with the dishes too.  It was so good 😀

After breakfast, we went to play ping pong on the 15th floor.  Keep tuning in for more blog posts about my adventures on board the Norwegian Getaway! 🙂

(Looking at the menu and pictures from breakfast now after the cruise, I realized that they forgot to bring us the Open Faced Smoked Salmon Bagel….  Boo.  I love smoked salmon.  I remember having a smoked salmon bagel last year on the Carnival Splendor at breakfast too in the dining room!)