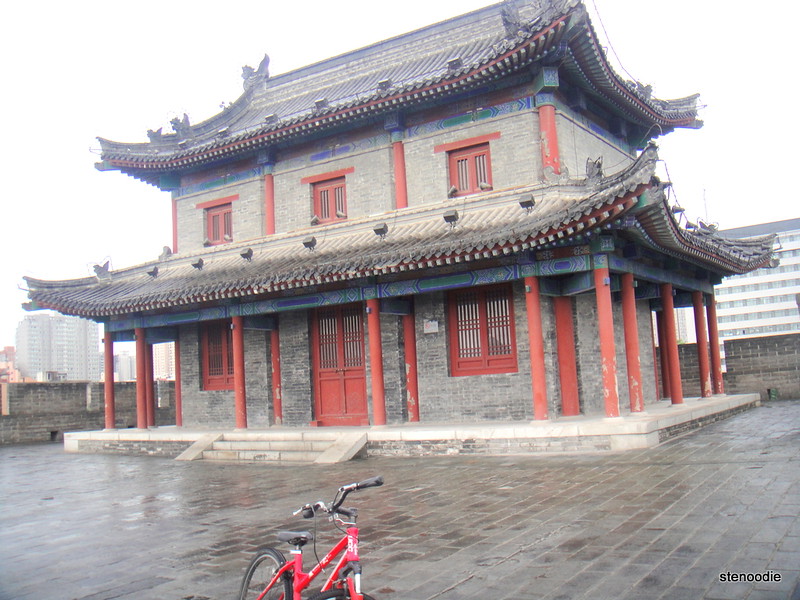 This photo was taken in Xi’an in the summer of 2013 when I was travelling with the DiSCOVER group to China.  We were biking on the Ancient City Wall and encountering the magnificent buildings that were all along this 13.7 km long wall.  It was an interesting contrast to see high rises and city buildings beyond the city walls and seeing Ancient Chinese houses in the immediate vicinity.  All the while we were looking at these ancient buildings with lots of history behind them, we were riding on modern bicycles through the bumpy stone road.  In short, this photo shows a complete opposite of the times: modern bicycle vs. old city monuments. 🙂