I returned to the TO Food Fest this year, 2016.  I originally wasn’t planning to go but when my friend Betty asked me, it was hard to say no to a foodie festival once invited. 🙂

I had previously been to the TO Food Fest before, having attended in its second year of operations and last year as part of the Media crew.  This year, Betty and I went on the first day of the two-day in the evening around 9 p.m.

It was really nice to see the pink sunset as we approached the Chinese Cultural Centre of Greater Toronto where the food festival was being held. 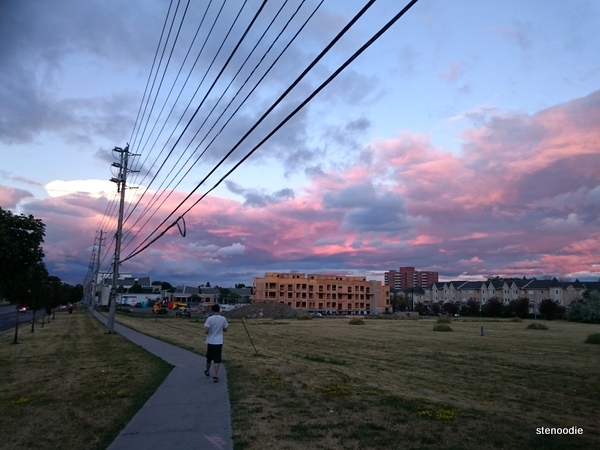 View towards the Chinese Cultural Centre of Greater Toronto

The festival is technically free to enter but they *suggest* a $2 donation to Second Harvest or supplying a non-perishable food item.

When we arrived, the crowds that I had witnessed in previous years were non-existent and mostly contained of scattered groups of one or two people milling about.

We took a quick look at the vendors and I wasn’t too impressed with what was available at first look.

We went to the Che Authentic Argentina food truck and got their highly-praised Choripan Sandwich which had chorizo, fresh salsa, and chimichurri in it to share.  For $10, I’m glad it was a substantive sandwich.  It was tasty, juicy, and flavourful. 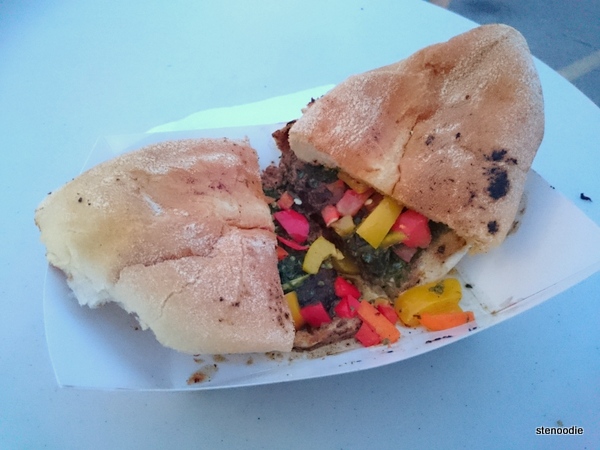 We also got the Pho Beef dumplings from FeasTOronto. 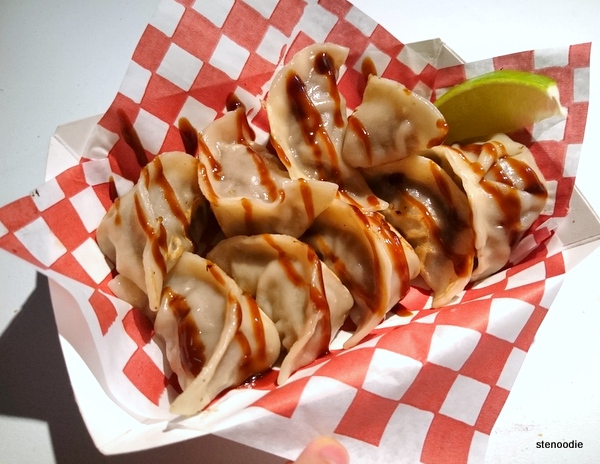 Next, we walked by the other vendors within the “gate” they had erected.

I tried a piece of candy from the Papabubble booth.  I recognized the candy they made from the videos I had seen online showing how they twisted and layered sugar into these delicate candy rolls.  There was nothing special about the piece of candy itself though; tasted just like sugar and looked “cute”.

Among the food vendors, we were also captured by an extremely cute Pomeranian puppy!  She was so cute and fluffy!

We got some lamb skewers from BBQ Squid BBQ Lamb, one of two vendors who were selling it.  It took a while for the freshly opened skewers to get roasted on the grill..  Unfortunately, after bumping into a friend, the skies opened up and light rain started to pelt down.  The skewers were just done by that point and we took them inside to enjoy.  I thought for $2, it wasn’t really worth it.  It was skinny and there weren’t a lot of lamb meat on the stick. 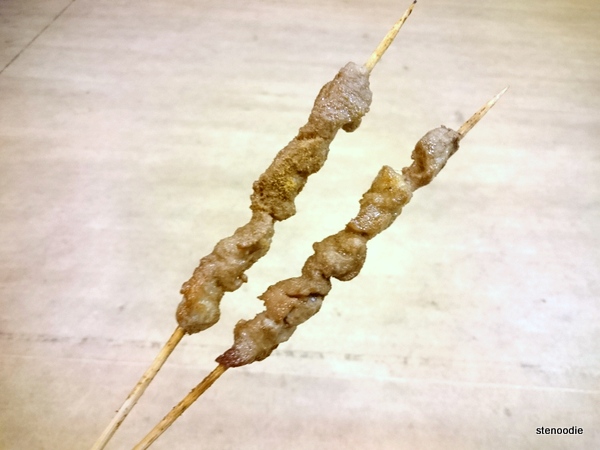 Just before we left though, we stopped by the Formocha booth.  Daniel, the owner and founder of Formocha, was there and he recognized me.  He told us a little bit about how the festival went and gave us the last two Taiwanese wheelcakes to enjoy.  Yay!  While I have been meaning to visit the original Formocha store to try their wheelcakes, I hadn’t had the time and this was my first wheelcake. 😀  It was filled with Oreo and custard inside the wheelcake. 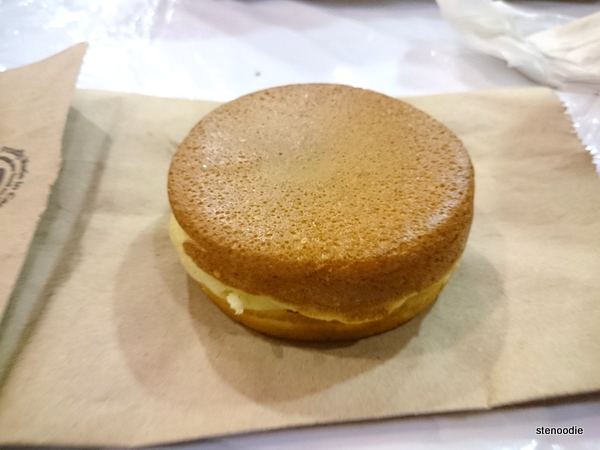 Taiwanese wheelcake with custard and Oreo 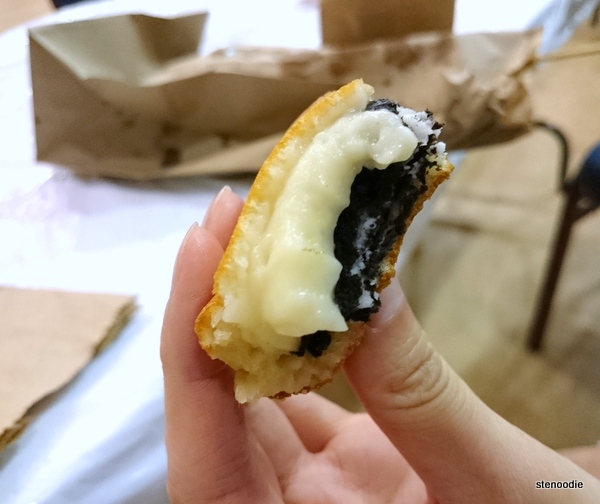 Alas, we weren’t able to try the Japanese raindrop cakes since it was raining, close to 11 p.m., and the vendors were all packing up for the night.

I have to say that while the lack of crowds made it easier to walk around at the TO Food Fest, I still enjoyed my previous years of going there in the daytime because it was more rowdy and fun.  The “food festival” vibe was more present in the day time than the night since it was so empty there.

It wasn’t until later when I saw photos on instagram that I found out there were actually many amazing and delicious eats at the TO Food Fest; we just didn’t know where to look or go to try out the food.