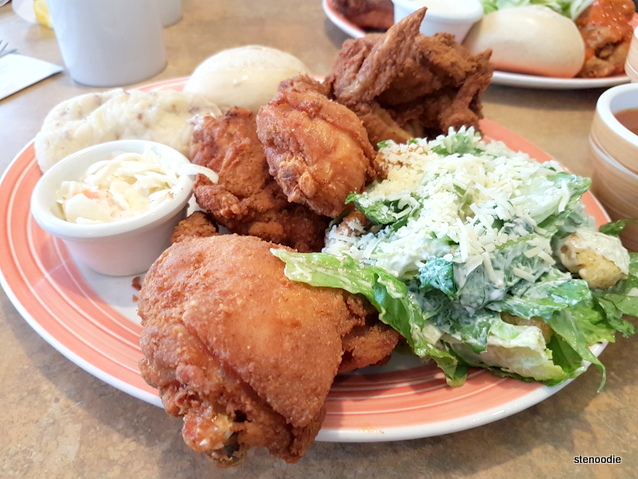 I haven’t blogged properly in many days and weeks.  Where do I start?!  My backlog is growing so long… XD

Last night, my mom and I had dinner at our local Swiss Chalet Rotisserie & Grill.  Although I haven’t stepped foot in a Swiss Chalet in years (see my last blog post about one that I went to back in October 2014), I wanted to try their new crispy chicken since I had been seeing it advertised in the mail and on social media.  I was really excited to try it since I love fried chicken. 😀 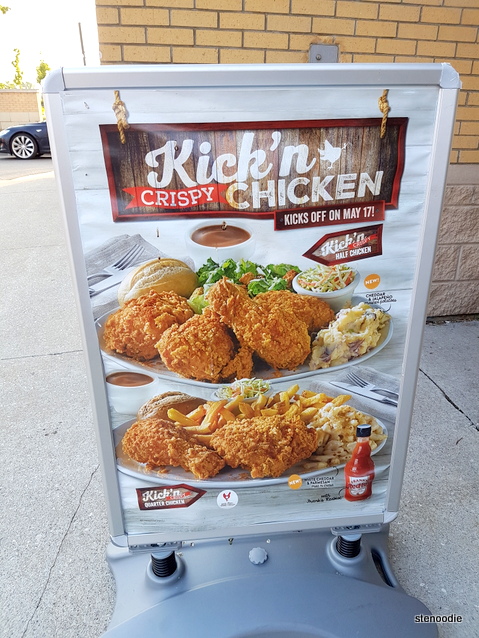 We walked into the Woodbine and Major Mackenzie location and were quickly greeted by the server and seated right away in a large booth seat meant for six people.  I liked that since we were only a party of two, it meant we had so much space to ourselves.

I already knew that I was going to order the “Kick’n Crispy Chicken” menu item since that was the reason for me entering Swiss Chalet.  My mom wanted some ribs so we got the rib and wing deal as well.  Our server was super fast with the service of our hot water drinks as well as the ordering. 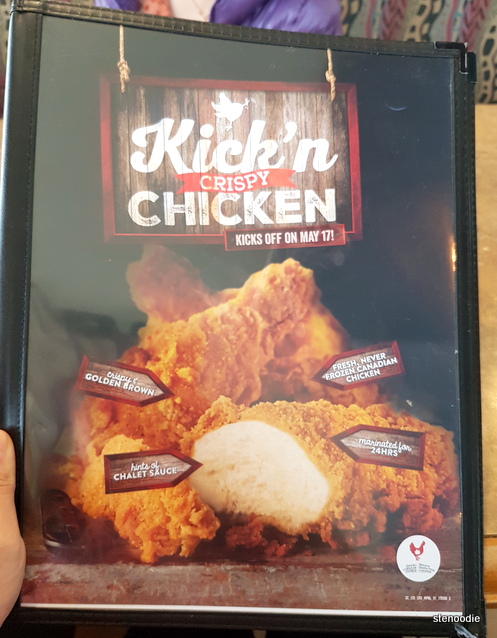 Our two dinner plates arrived very quickly and served with the infamous Chalet sauce too. 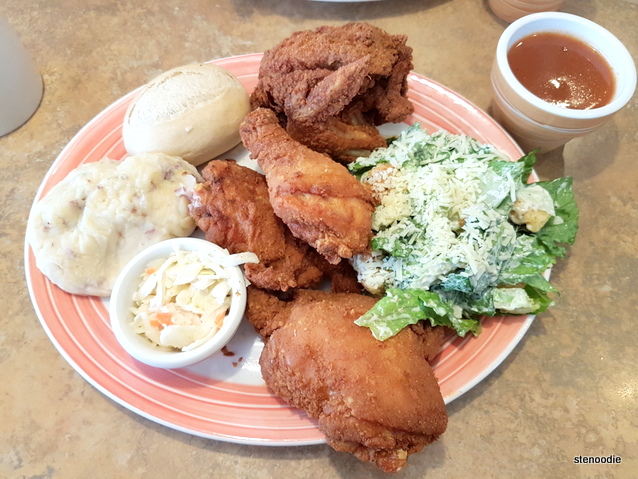 My Kick’n Crispy Chicken half chicken dinner included four pieces (a combination of dark and white meat), a choice of two sides (I chose the new Cheddar & Jalapeno mashed potatoes and Caesar salad), coleslaw, a multigrain roll, and of course the Chalet sauce.  The four pieces of chicken were huge!  I dug in right away.

The Caesar salad was really good; lots of cheese and dressing and fresh.  The coleslaw wasn’t too pickled or sour either.  The Cheddar & Jalapeno mashed potatoes were pretty good and you could taste the jalapeno bits within the mashed potatoes too.  I’m not a fan (and was never) of the chalet sauce.  It was pretty much left untouched by the end of the night.  The multigrain roll was squishy and soft but I didn’t have room in my stomach that night to try it.  My mom enjoyed it though. 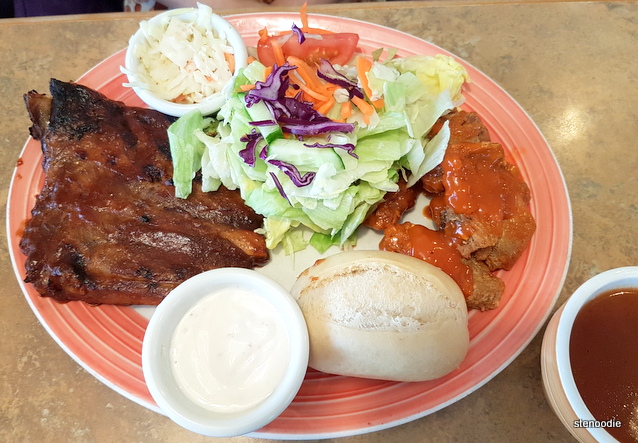 On my mom’s Wings & Rib Combo dish, she had 1/3 rack ribs and five wings (mild sauce) which came with one side (Garden Salad) and the coleslaw, roll, and Chalet sauce.  The five wings here were actually so tiny and the mild sauce (as the server recommended it as her fave) were a bit spicy.  They were decent.  I was most impressed that the ribs were indeed fall-off-the-bone and quite tasty.  You did have to chew thoroughly though to break down all the fibers of the meat.  The Garden Salad was also fresh and a good respite between all the meat we were eating. 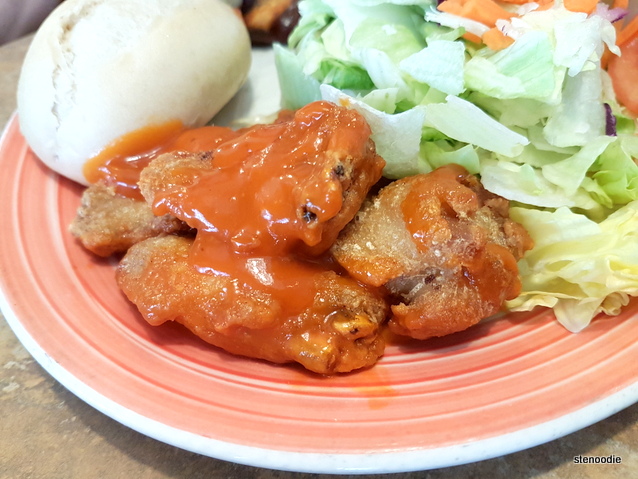 We didn’t end up finishing all of our food so we packed up the rest to go (we had brought our own containers from home too). 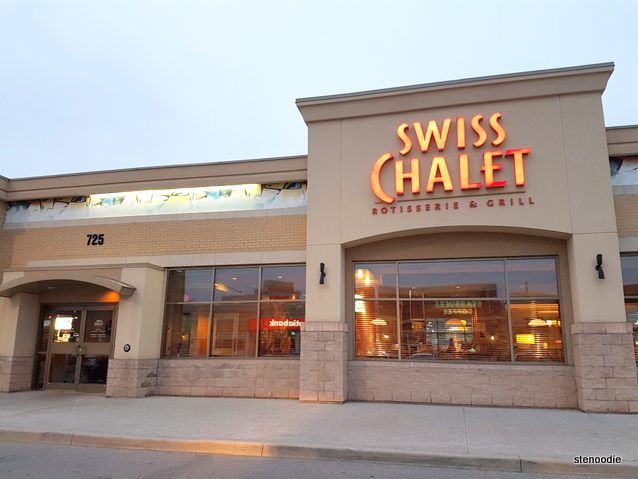 It’s so nice to see the sky still bright during the summer months! 😀

It was nice to know that Swiss Chalet offered Scene points redemption as well!

I was glad to be able to try out the brand new Crispy Chicken menu item from Swiss Chalet before they discontinue it or take it off the menu (they say they will take it out after June 11, but who knows.  If it’s popular enough, they might just keep it on as their regular items — which I think they should.)

Thanks for reading!  (Going to see how much I can plow through my backlog this week… or not at all lol).