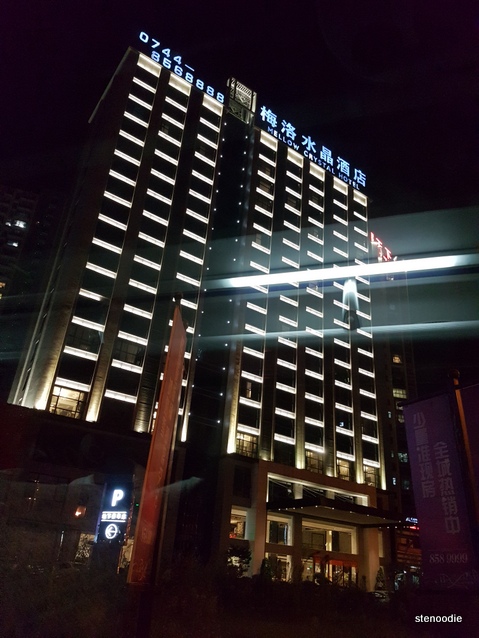 September 15, 2017:  For our third day in Zhangjiajie, China, we stayed at the Mellow Crystal Hotel (张家界梅洛水晶酒店).  This was a really nice hotel!  It seemed like we were alternating from good hotel to bad hotel and then good hotel each day on this trip.

The Mellow Crystal Hotel had a very large and spacious lobby.  The rooms were gorgeous and almost like a suite based on how the layout in the room was.  After you walked into the room, there was a wide area for the TV and work desk and also a sofa set too.  There was an individual room for the toilet. 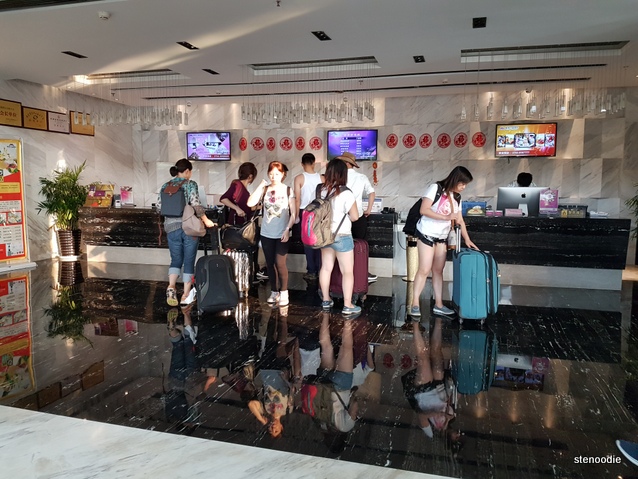 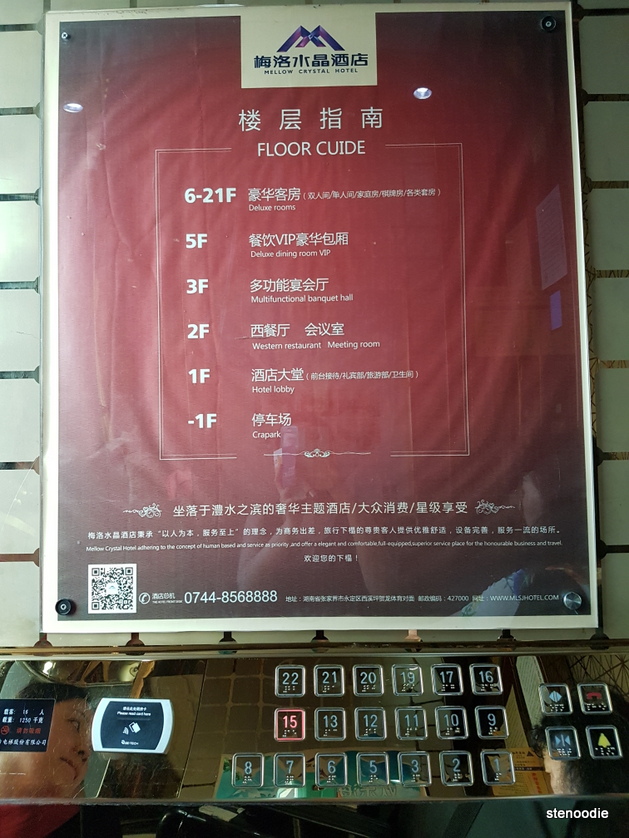 Floor Guide in the elevator 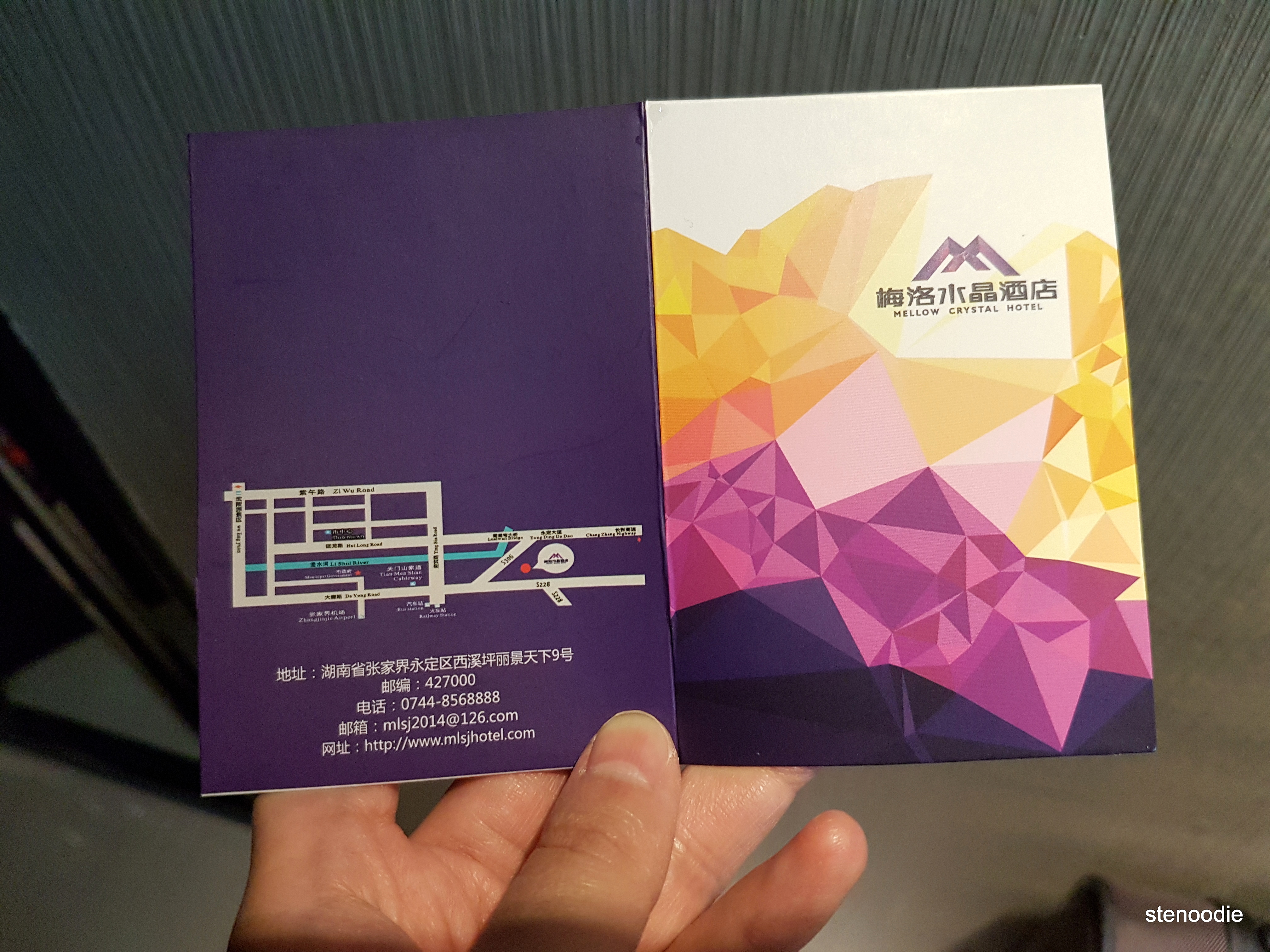 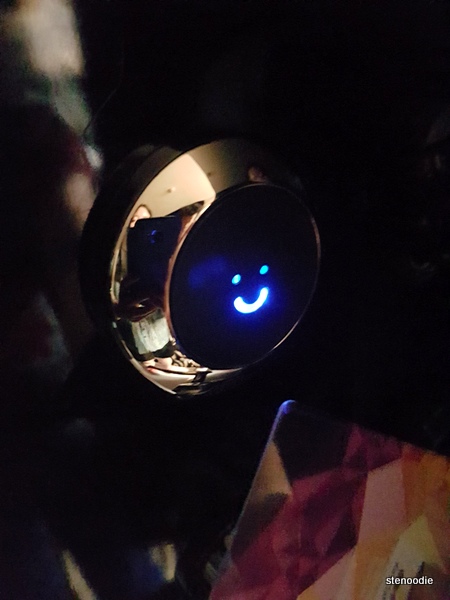 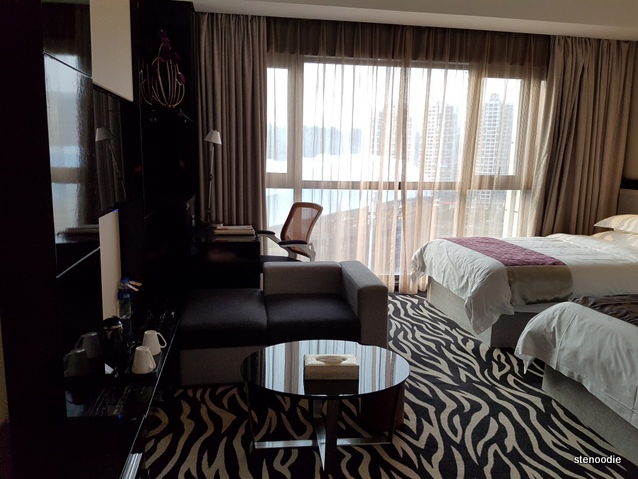 First look at the room 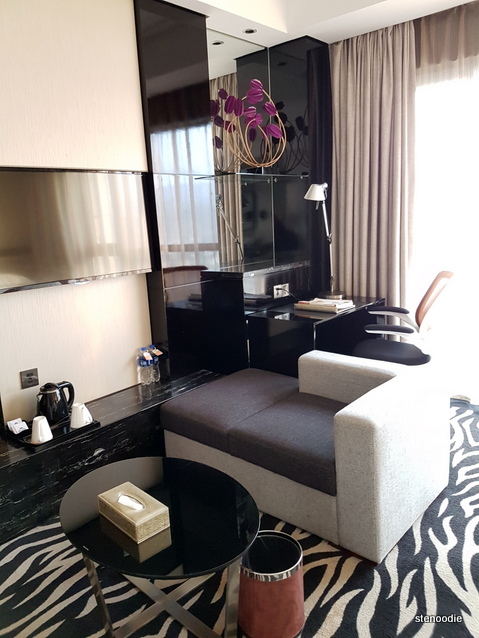 So cozy and chic! 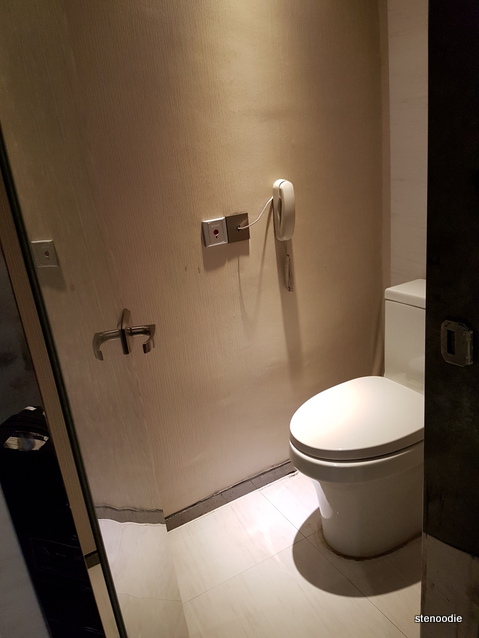 There was a large window that faced what looked to be a stadium and the developing streets.  It was a really nice view and when we arrived, it was just in time to see the sun setting too. 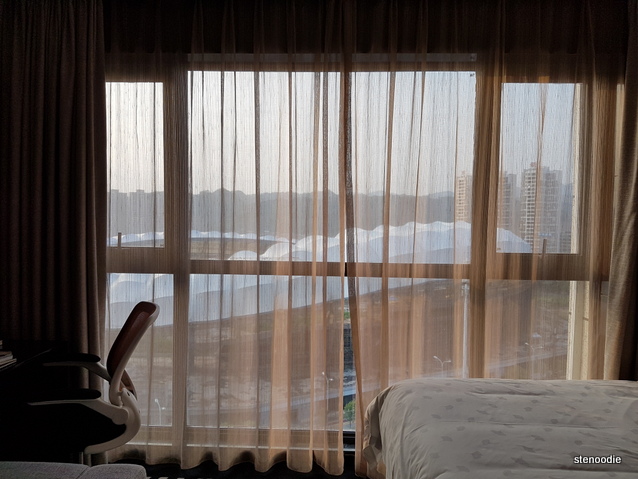 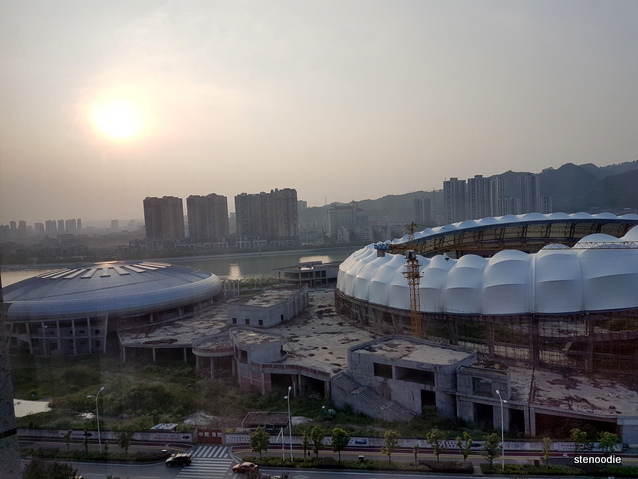 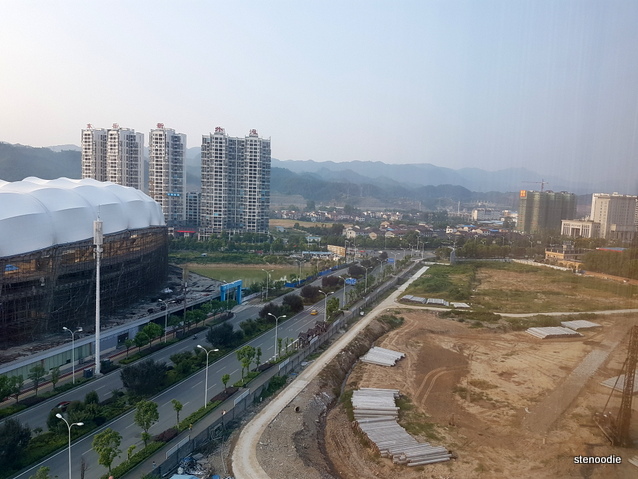 Other side of window

The room had two large double beds in the open space. 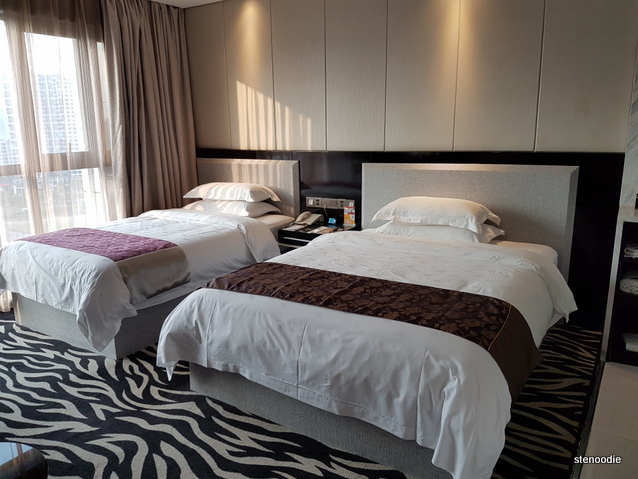 The restroom was an open concept one with the shower out in the open.  There was no individual “washroom” per se; it was open for the entire room! 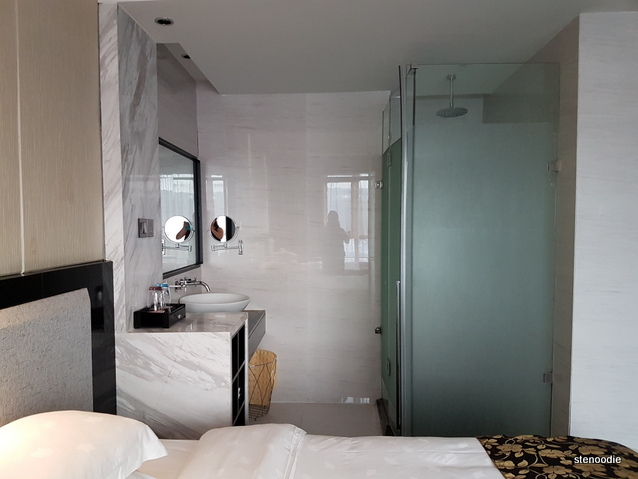 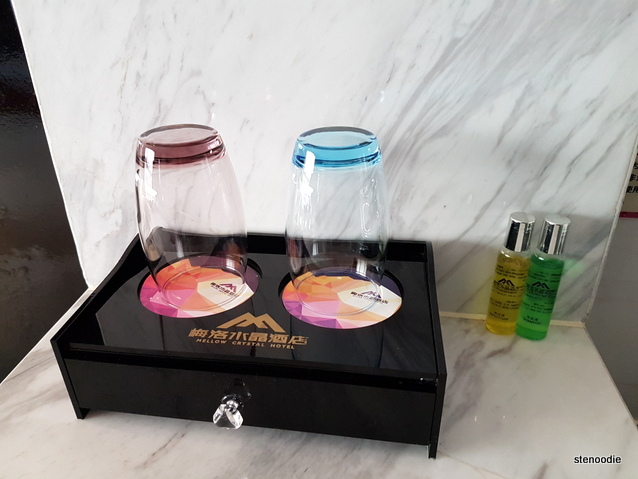 It was so modern and clean.  I felt so comfortable staying here.  It was indeed a good stay.  The shower was a bit awkward to use at first because the glass door was a tight fit after you got in.  Nevertheless, it was such a cozy stay. 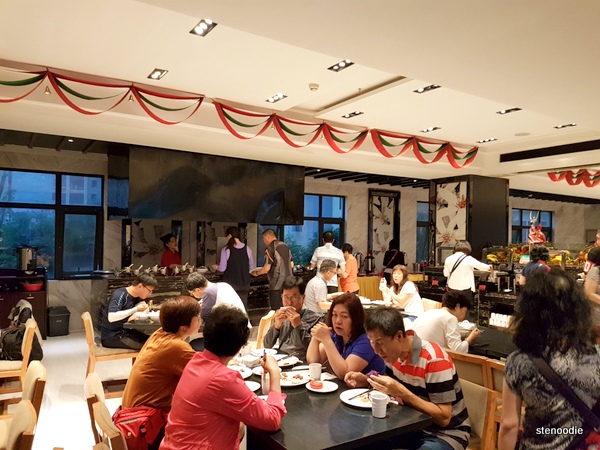 Breakfast buffet on the second floor

The next morning, there was a continental breakfast.  This was such a modern and well-organized breakfast buffet!  There actually weren’t too many tables and seating so once a table was done, another party used it immediately.  There was also a noodle bar.  I really appreciated the range of food that they served.  They had a lot of chilled appetizers and white rice (my new favourite), sausages, veggies, pumpkin, and more.  It was a good breakfast buffet. 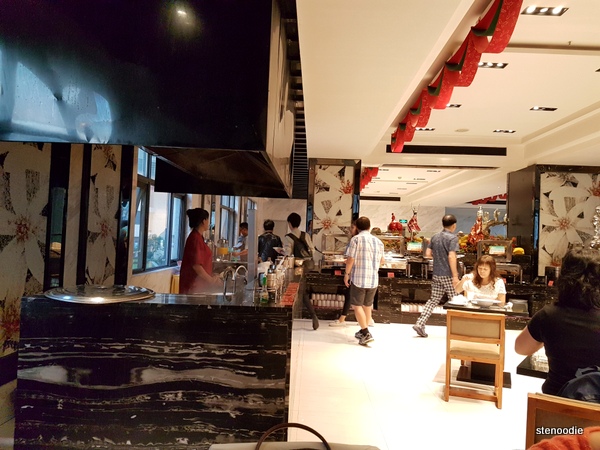 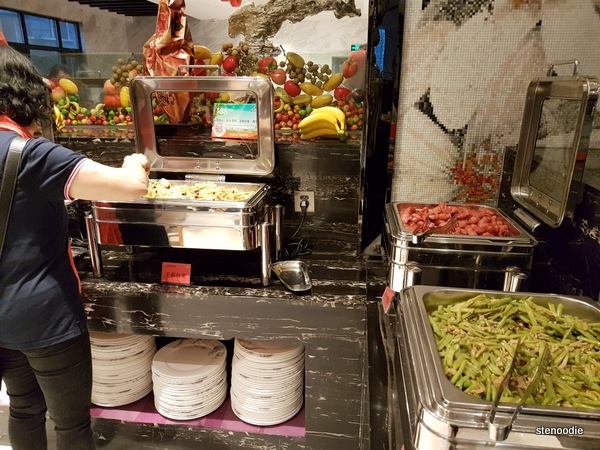 I didn’t take photos of all the choices of food but there were a lot! 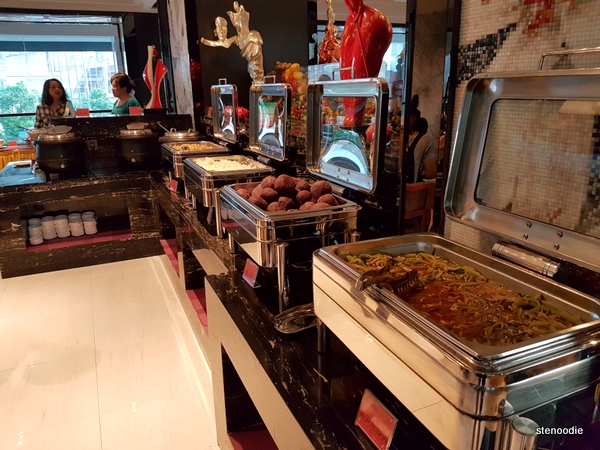 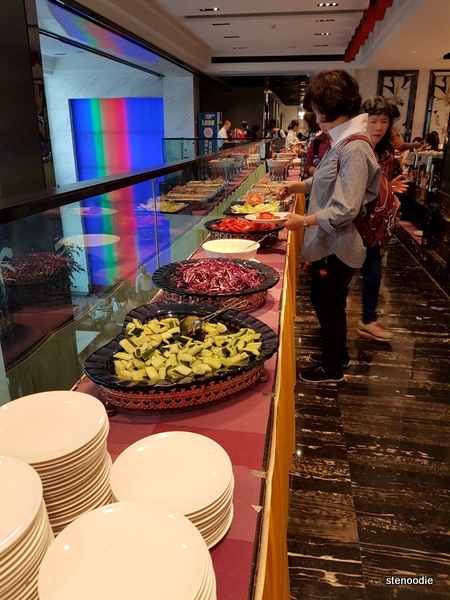 A chilled section too 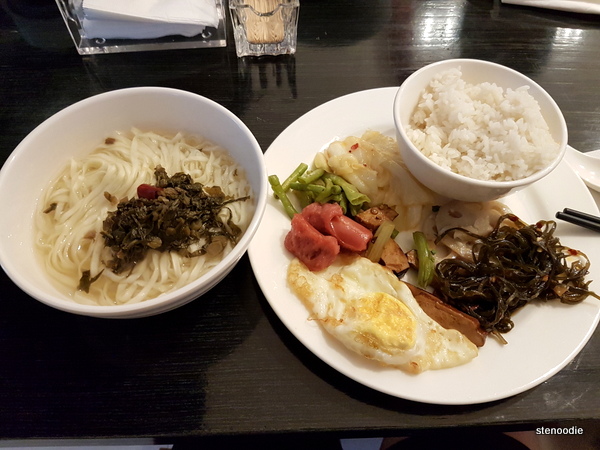 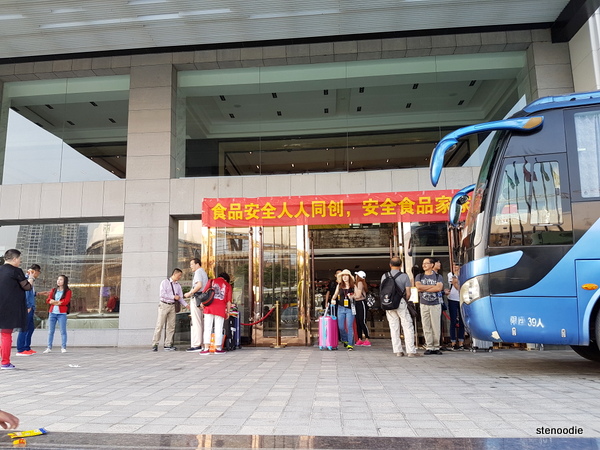