Comfort Food at The Pint Public House in Toronto 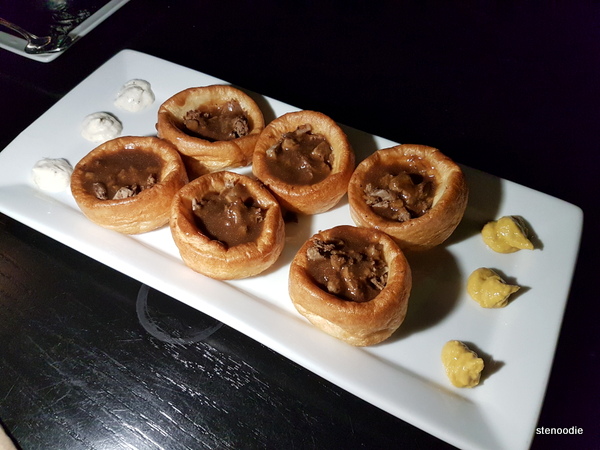 The Pint House located at 277 Front Street West in Toronto

November 25, 2017:  After attending The Gentlemen’s Expo at the Metro Toronto Convention Centre, we set out for dinner.  I was starving — the expo didn’t have any complimentary samples of food like I thought it would — so when we were deciding where to eat in the Front Street vicinity, I was more than happy to see The Pint Public House metres away from us.  A quick look at their menu outside their door and we were in.  I wanted some comfort food! 😀  (By the way, the prices on their outside menu were different from the actual menu when we dined in; the staff probably hasn’t updated it.)

There were no hosts at the hostess table so we walked further into the restaurant where we got the attention of some servers who then informed us that we could pick any seat we wanted.  The Pint Public House is a bar and grill restaurant, dimly lit, perfect for watching games on the flat-screen TVs over food and drinks. 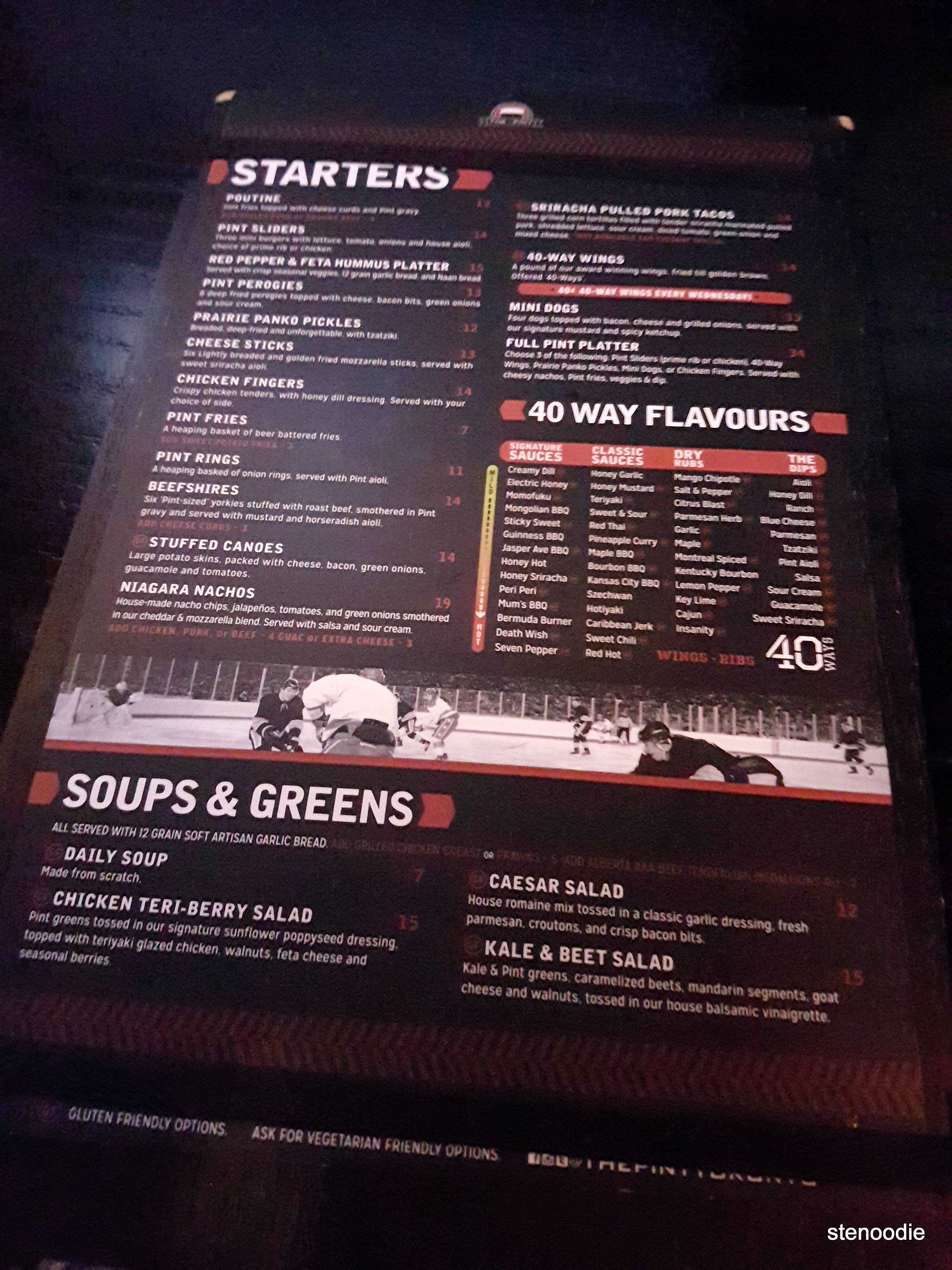 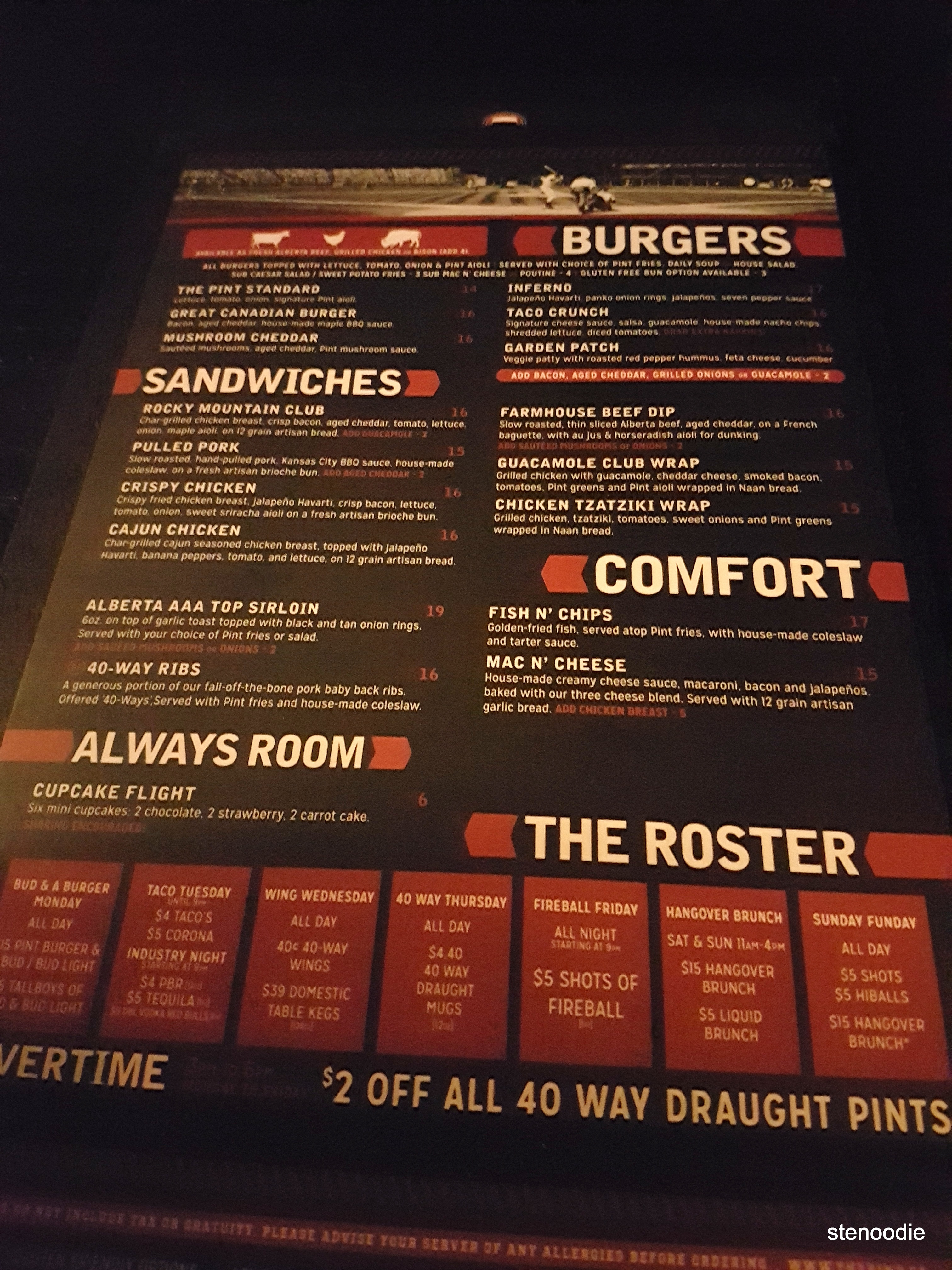 After ordering our food with the server (whom we had to flag down because they didn’t seem to arrive quickly enough for us to place our orders at first), the food came quickly.  We started off with the Beefshires, six ‘Pint-sized’ yorkies stuffed with roast beef, smothered in Pint gravy, and served with mustard and horseradish aioli. 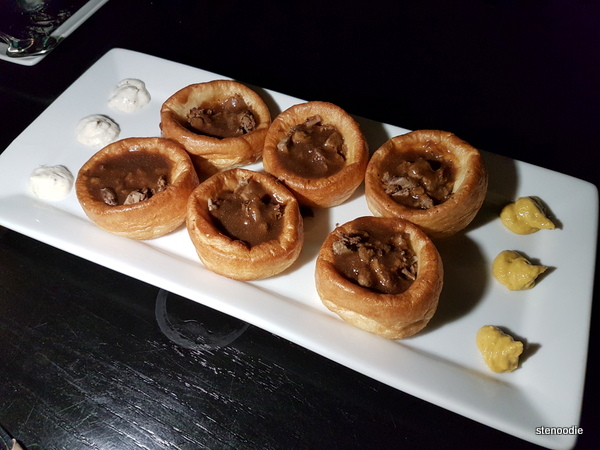 Mmm, the Beefshires was the best!  The yorkies were puff pastries that were perfectly flaky and soft.  The roast beef was nestled inside the centre of the pastry and smothered with delicious gravy.  It was the definition of comfort food in the form of small bites!  I finished my share of this appetizer dish quickly.  The dollops of mustard and horseradish aioli were perfect complements too.  ^_^ 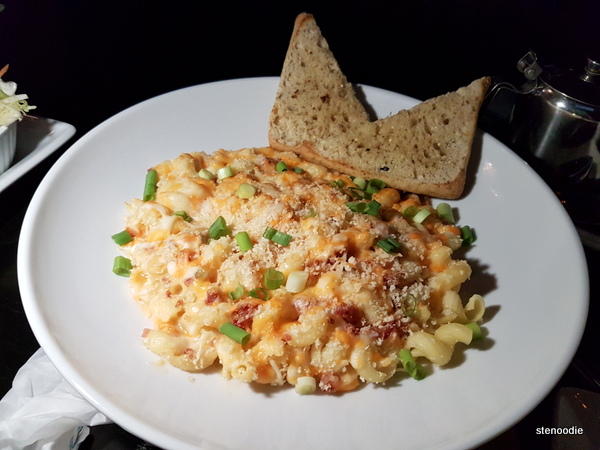 For my main, I ordered the Mac n’ Cheese.  This was a house-made creamy cheese sauce with macaroni, bacon, and jalapeños, and baked with their three cheese blend.  It was served with two slices of 12 grain artisan garlic bread.

I downed this like no tomorrow.  I was still very hungry and this comfort food dish fit the bill.  I loved how creamy it was!!  It was a really good mac n’ cheese surprisingly (and fortunately).  The little bits of bacon were such a smart idea as well as the slight heat and spice from the jalapeños that didn’t overpower the cheesiness of the dish at all.  It was a marvelous cheese mac.  I was fully satisfied.  That said, I wasn’t a huge fan of the 12 grain artisan garlic bread though.  I didn’t find that there was enough garlic on it — I’m used to just plain bread toasted with garlic on it.

Ken ordered the 40-Way Ribs which included pork baby back ribs done in their signature “40 Ways sauce” — Ken chose the Electric Honey sauce — and served with Pint fries and house-made coleslaw.  These ribs were very dry and thus there was a lack of tender meat on the actual ribs.  The sauce was good though.  It was tangy.  The fries were good too. 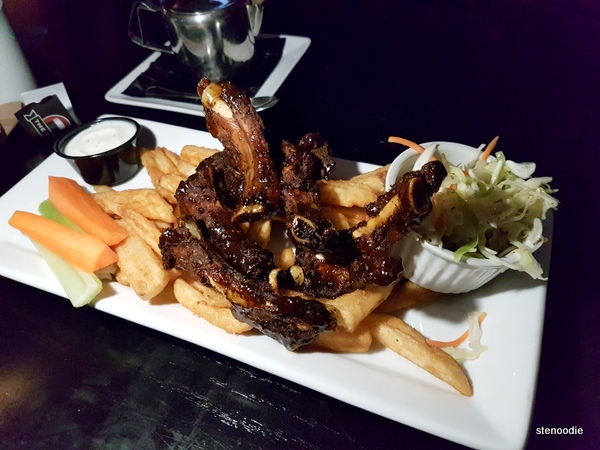