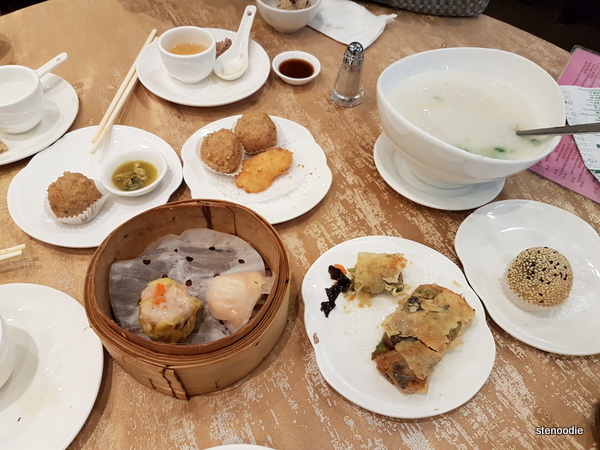 November 26, 2017:  I didn’t like this restaurant at all.  I had high hopes for Royal House because it was one of those relatively unknown Chinese restaurants in the Markham area that I hadn’t heard much about before.  I was hopeful for this restaurant to be a good one so that I could return in the future since it was located so close to me.

We got there early on a Sunday morning at 9:30 a.m.  There were already a lot of people dining in for dim sum so we got one of the tables closest to the doorway before a line-up started.  The wait for early morning dim sum had begun! 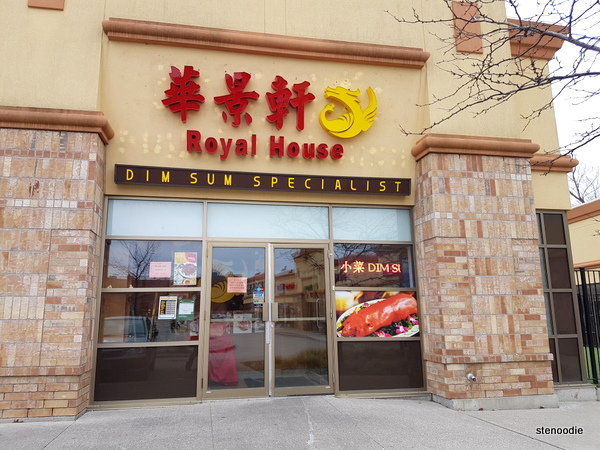 Located at Apple Creek and Woodbine

Lots of space inside the restaurant

We ordered a range of items to share as usual. 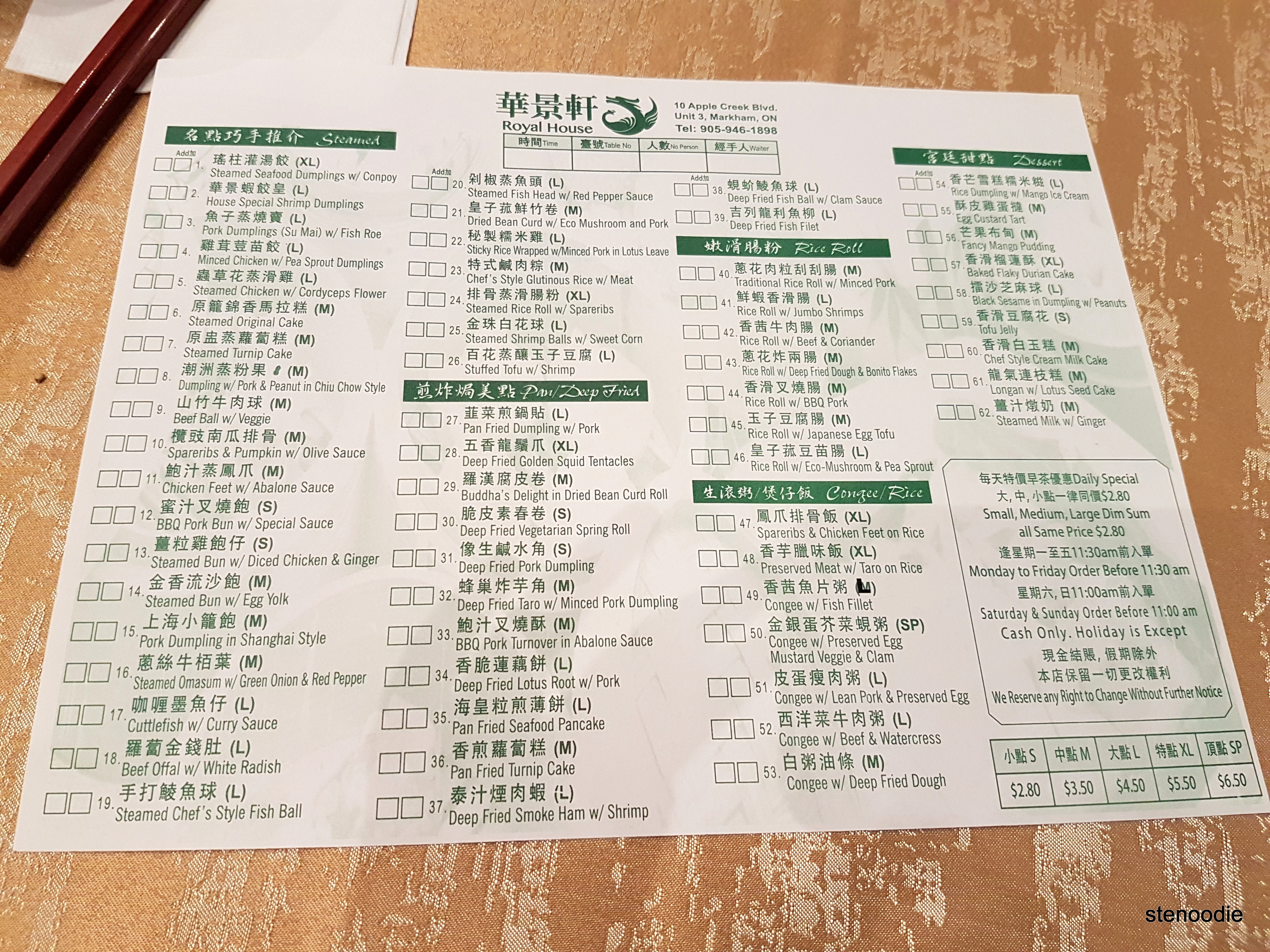 The first thing I noticed was that their cups and tableware were a little grimy.  The cups didn’t seem thoroughly washed; I could see some food stains on the cups.

The Spareribs & Pumpkin with Olive Sauce wasn’t to my liking; the spareribs were a lot tougher than I usually like to eat. 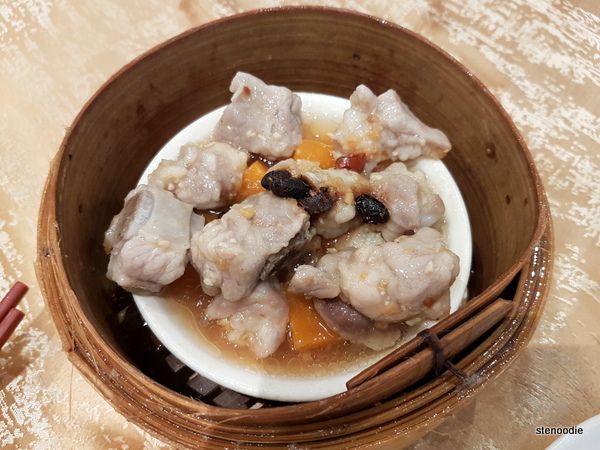 The Deep Fried Lotus Root with Pork was mediocre. 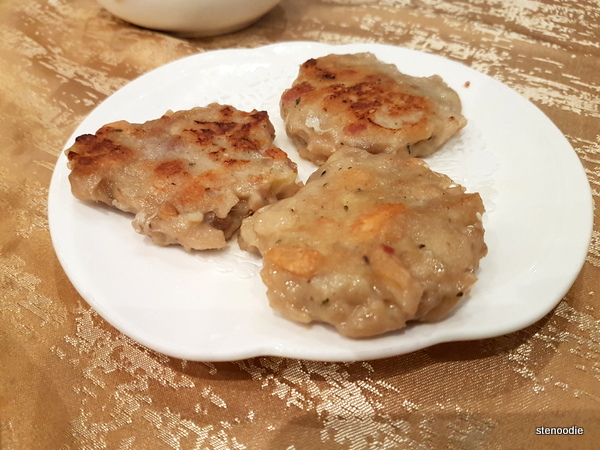 The Deep Fried Fish Fillet was also mediocre in taste and presentation. 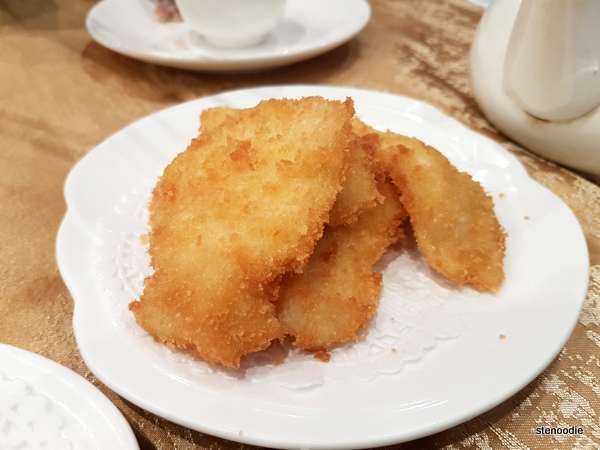 The Rice Roll with Jumbo Shrimps was pretty good.  I liked their soy sauce container; it looked like a teapot.  So, a soy sauce-pot? 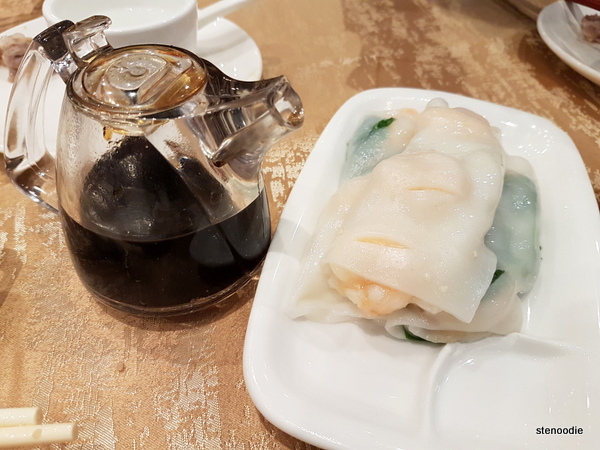 The Pork Dumplings (Su Mai) with Fish Roe was good. 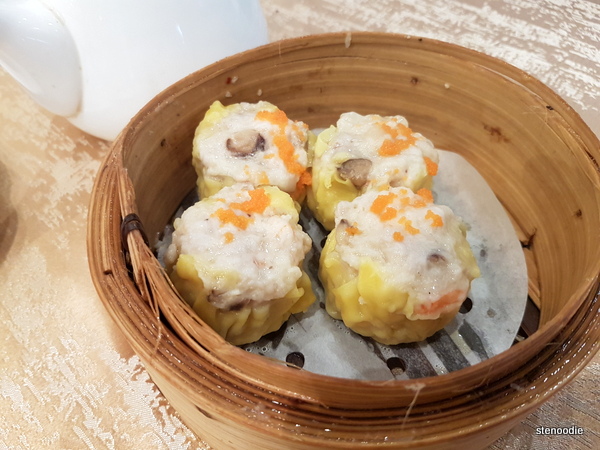 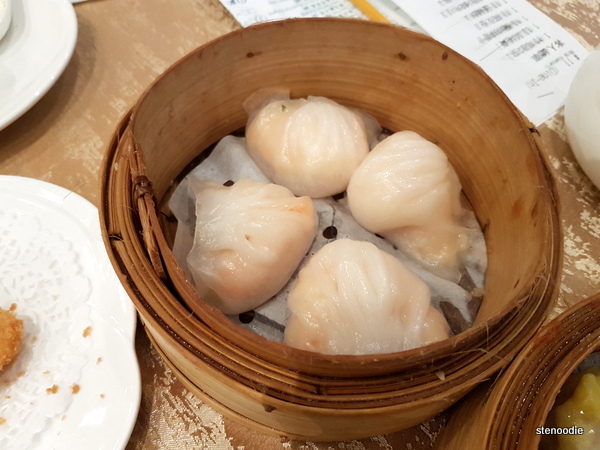 The Deep Fried Fish Ball with Clam Sauce was all right. 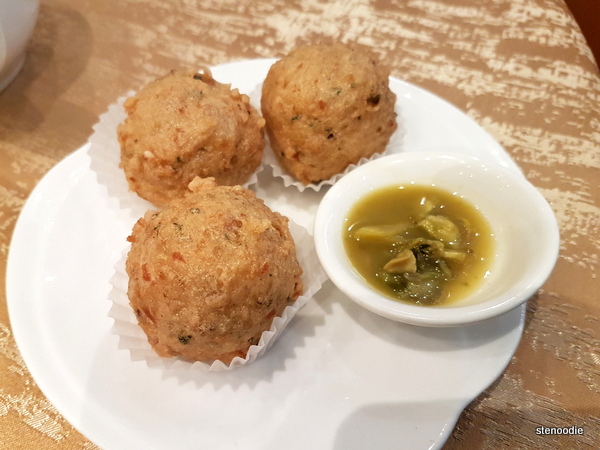 The Buddha’s Delight in Dried Bean Curd Roll was not acceptable!  (Read below).  Otherwise, its taste was fine. 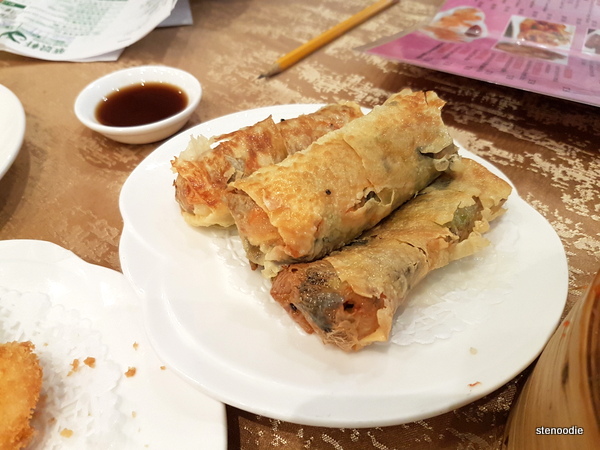 Black Sesame in Dumpling with Peanuts.  I didn’t have this. 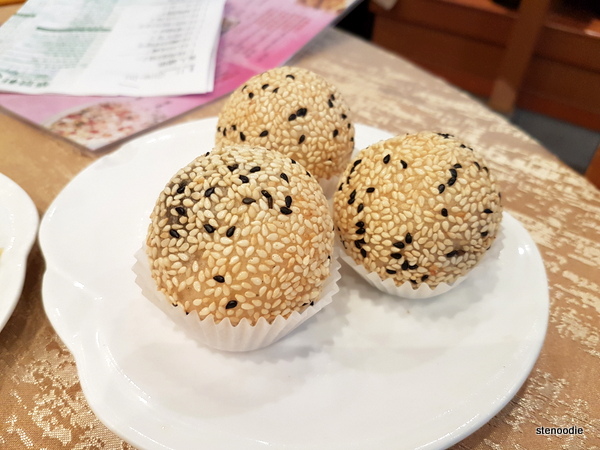 The Congee with Fish Fillet was fine. 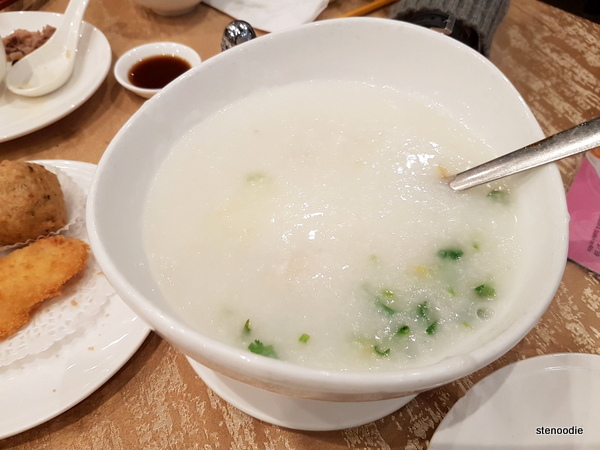 While the food was mediocre for the most part and wasn’t particularly outstanding, what was etched in my mind was the fact that I found A), a piece of small tiny plastic in my food; I think it was the cheung fun.  Ugh.  B), a short piece of hair embedded inside the “Buddha’s Delight in Dried Bean Curd Roll”.  (I only discovered this because the bean curd roll was split in half to share with my mom and I ate the second half….  if we hadn’t split it open apart and one of us ate it whole, we probably would never have discovered the hair… other than feeling it while chewing inside the mouth.  ICK.)  So much for being a vegetarian dish too…  I picked out the hair.  I don’t like hair in my food…

So, even though the meal itself was fine and the prices reasonable, I don’t want to return again.  They don’t seem very clean.

2 Responses to Dim Sum at Royal House in Markham