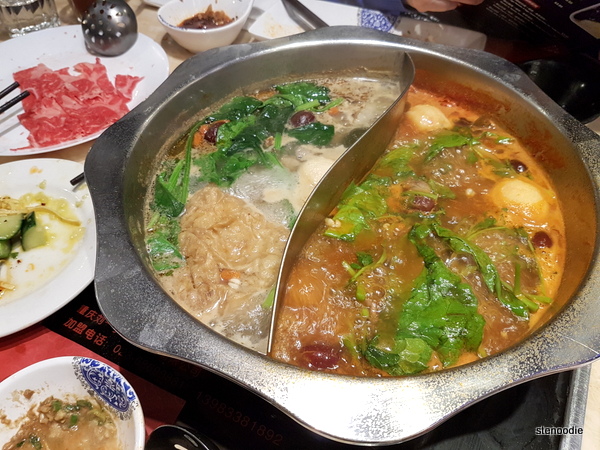 December 21, 2017:  Other than tastings, it’s been a while since I’ve actually went out for a hot pot meal.  This restaurant, Chongqing Liuyishou Hotpot, used to be called 100 Degrees Hot Pot (I came here for dinner before and is blogged here).  Since that one closed down and this one took its place, I hadn’t visited.

(ChongQing Liuyishou Hot Pot apparently are a well-known hot pot chain from China and actually have locations all over the world!) 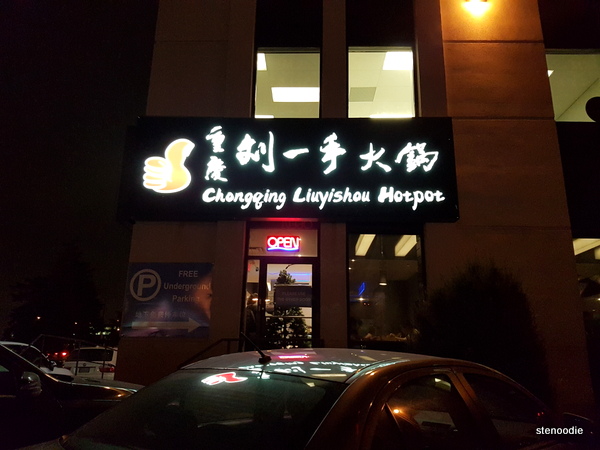 Located at the corner of Leslie and Hwy 7

I called ahead to make reservations for a table of three.  Right after making the call, the restaurant sent an automatic text message to me to confirm my booking.  Unfortunately, the text message is in Chinese so although I have a slight idea of what it says, I’m sure customers that do not read Chinese will not appreciate the foreign communication.

When we got here on the Thursday at 6:30 p.m., there were so many people waiting in the foyer.  When I alerted the host that our party had arrived, it did take a while for the tables to clear out and for us to get ours.  I was surprised at how many people there were already who had finished up the first round at 6:30 p.m. 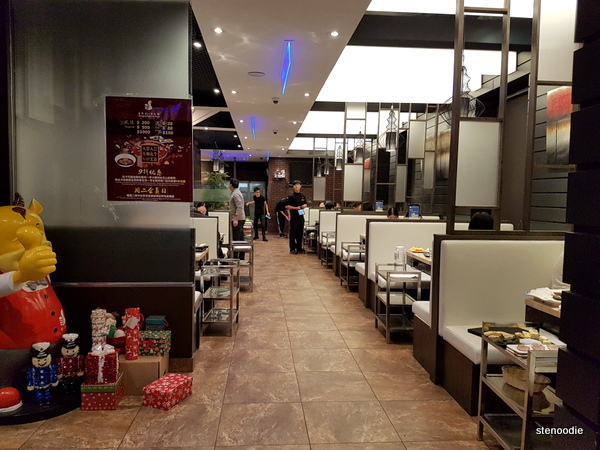 Sleek interior that they renovated 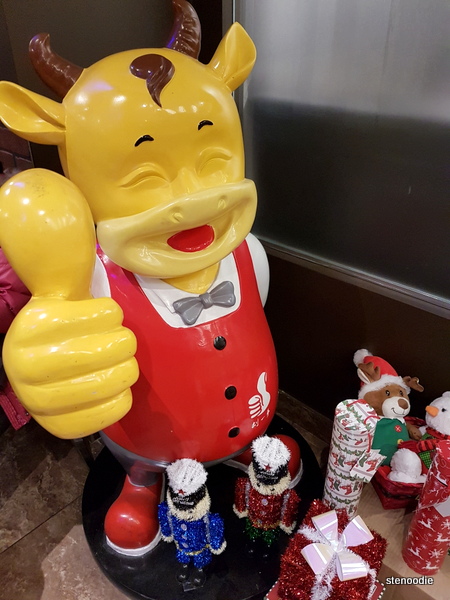 So many hot pot restaurants are now a set all-you-can-eat fee per person and then an additional soup base fee.  I remember the old days when it used to be just a set price for one person and then you could choose the soup bases with no extra cost. 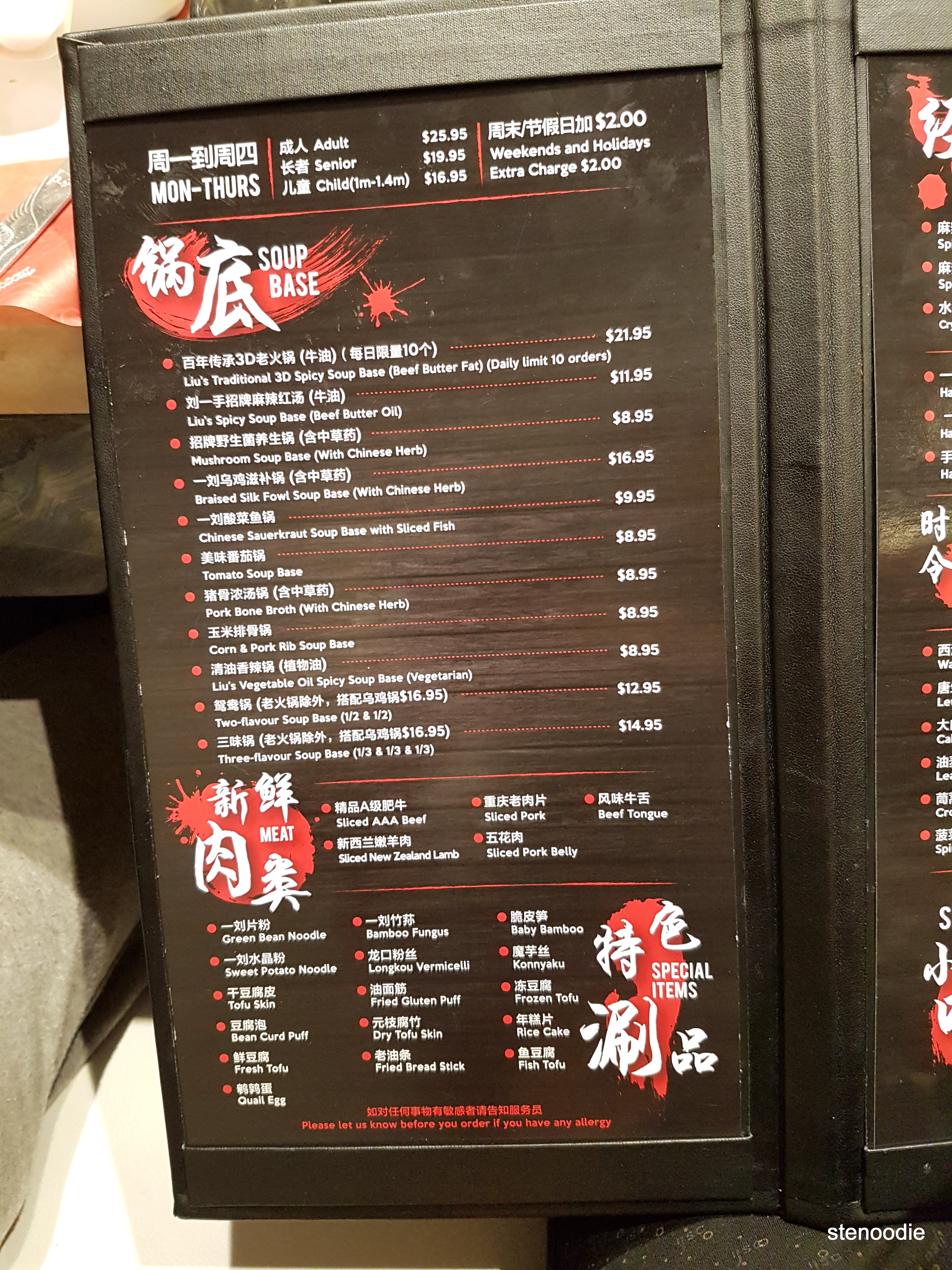 Prices and soup base selection 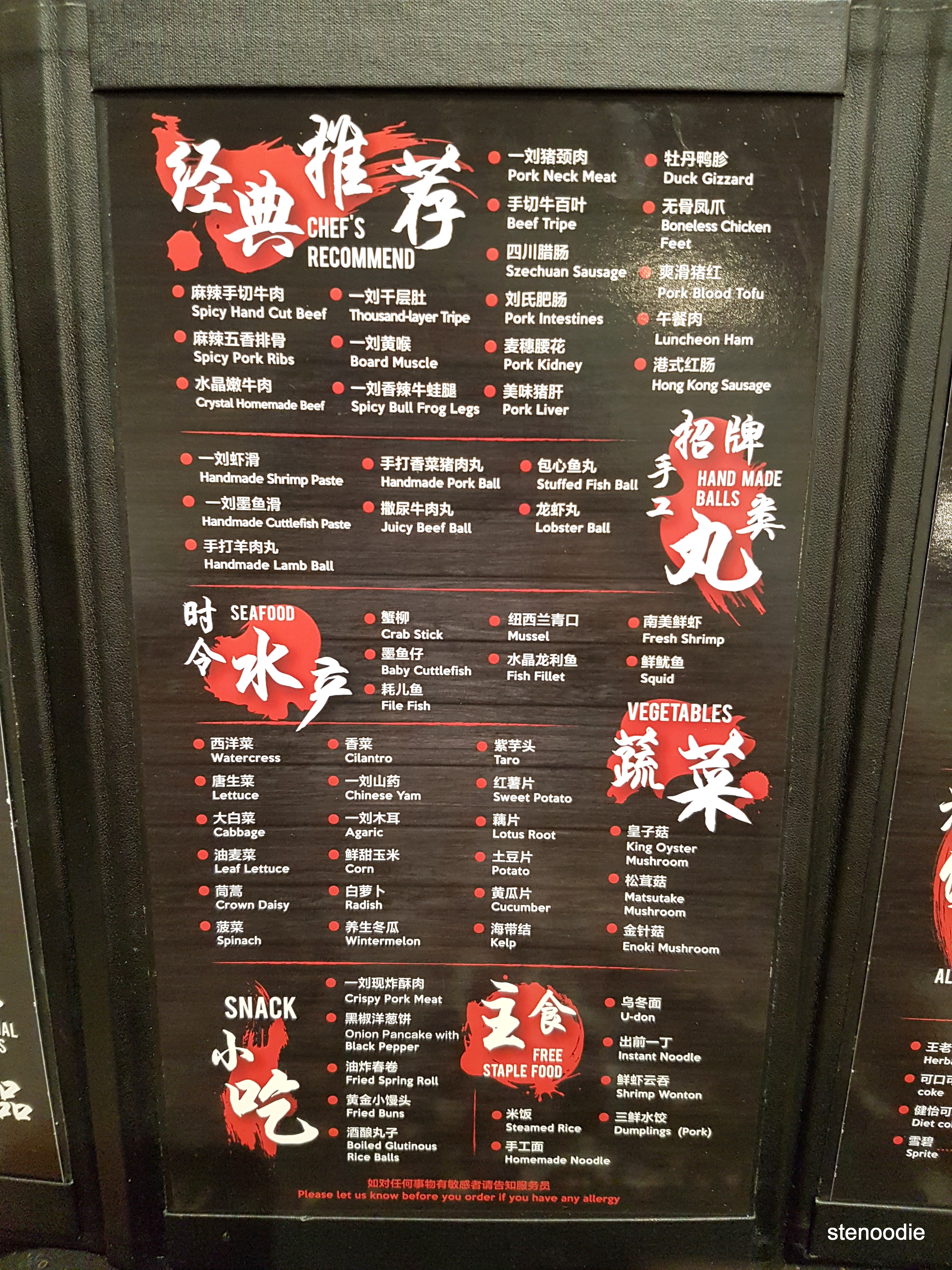 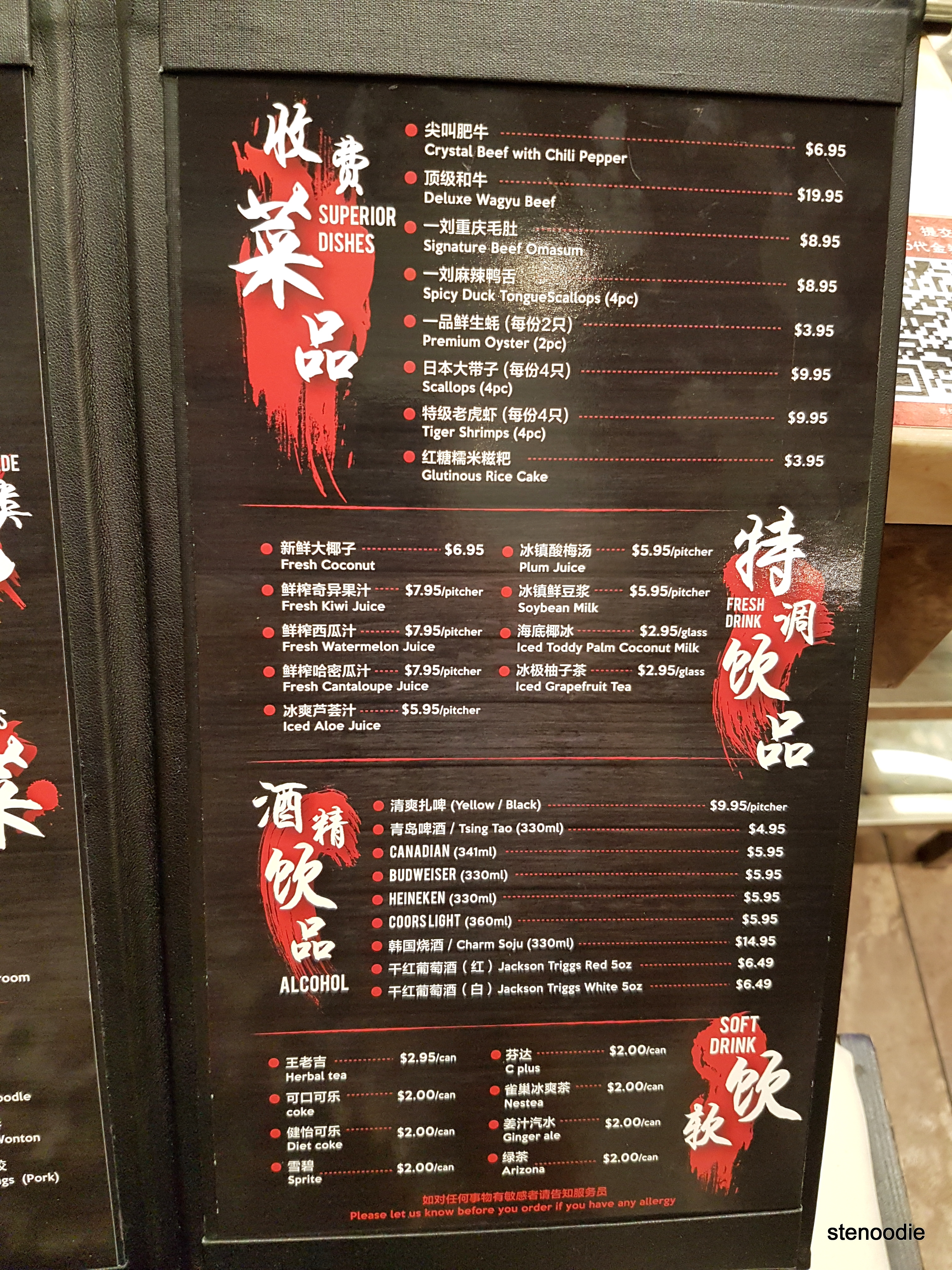 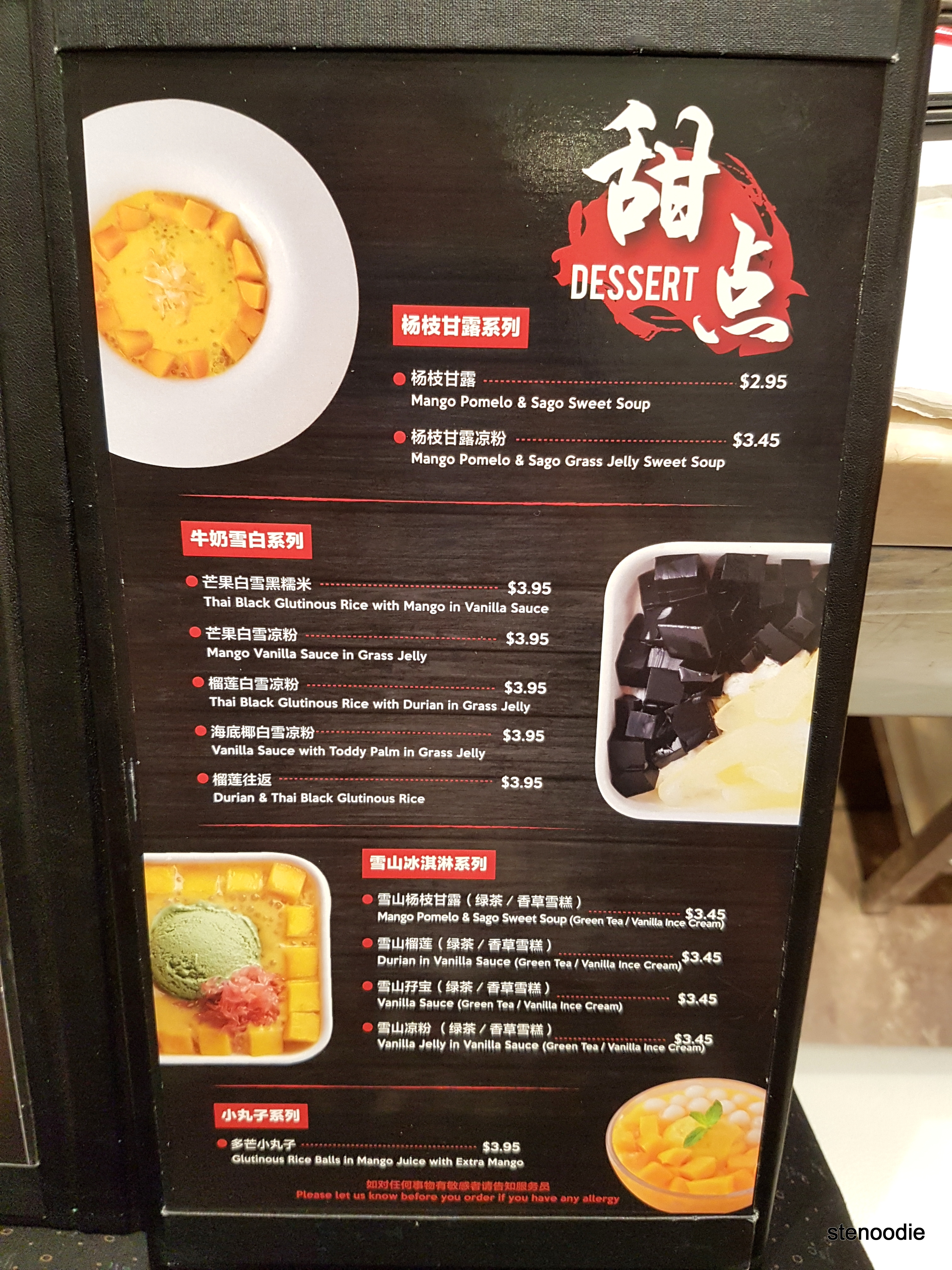 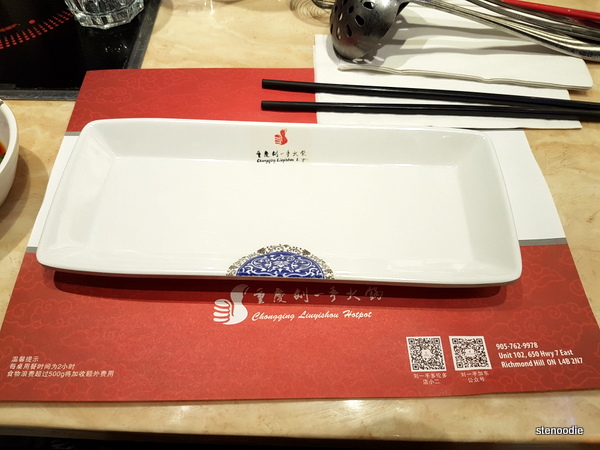 We chose the split pot with the Tomato Soup Base in one side and Braised Silk Fowl Soup Base in the other.  We sent off our hot pot items request to the server who reported them down on an iPad-like device and almost immediately before we were even done ordering, the items already arrived at our table.  It was so fast!  We didn’t even receive our hot pot yet either. 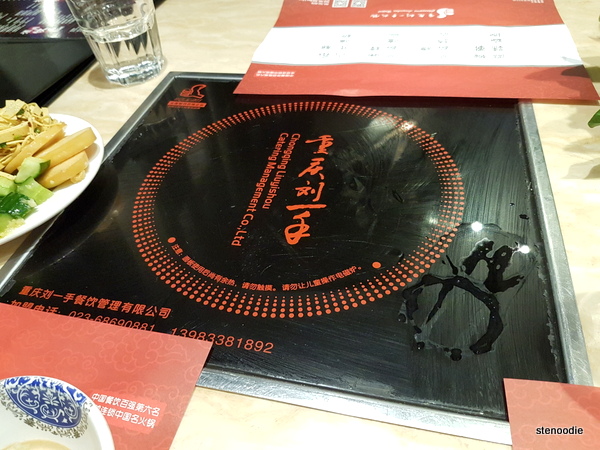 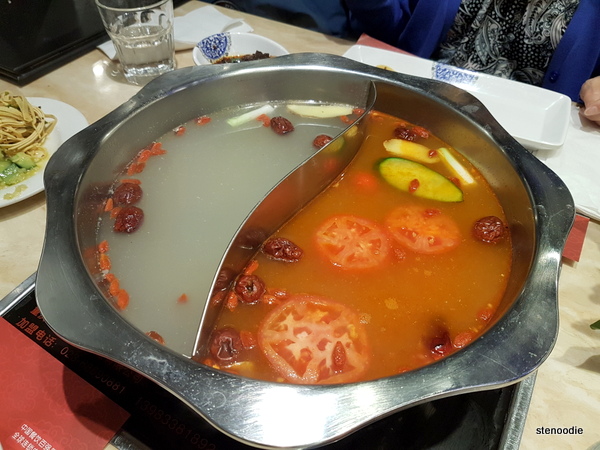 Our half half pot 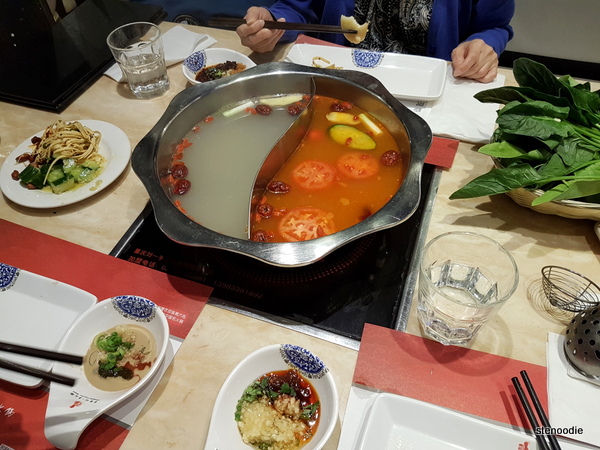 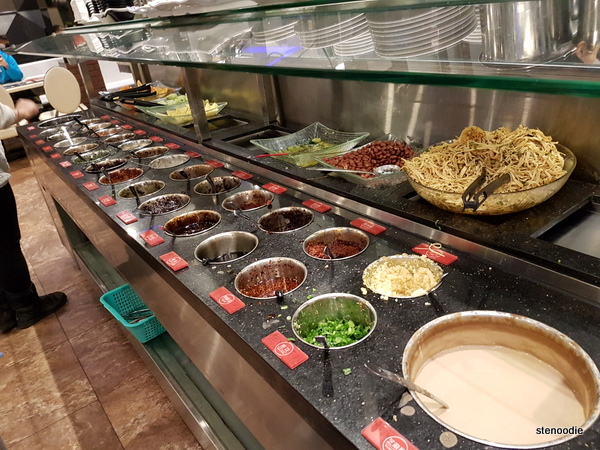 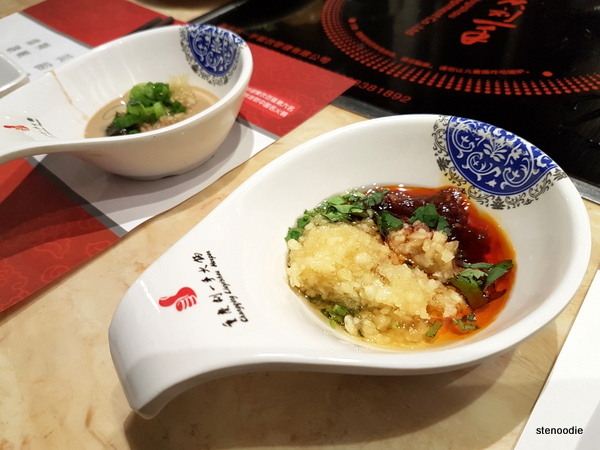 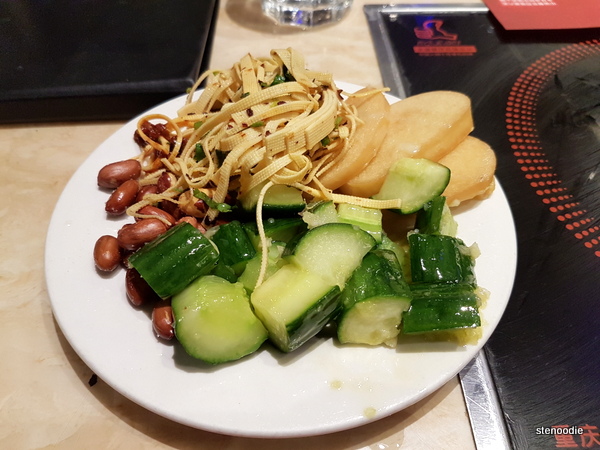 Overall, the meal was very good and I liked the soup bases.  Each one was true to its taste.  I liked the red meats, ox tongue (so smooth), the frog legs, the veggies.  A solid hot pot place! 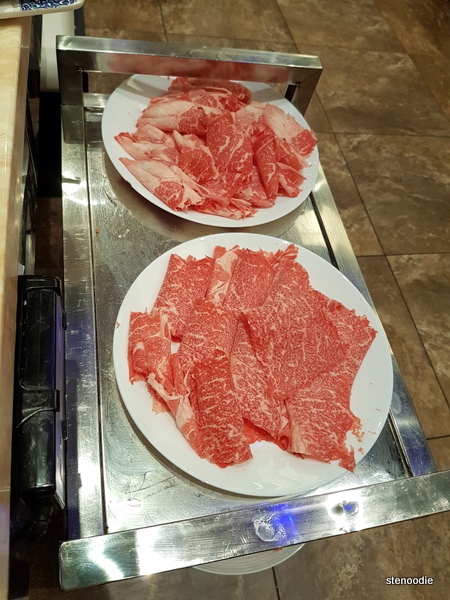 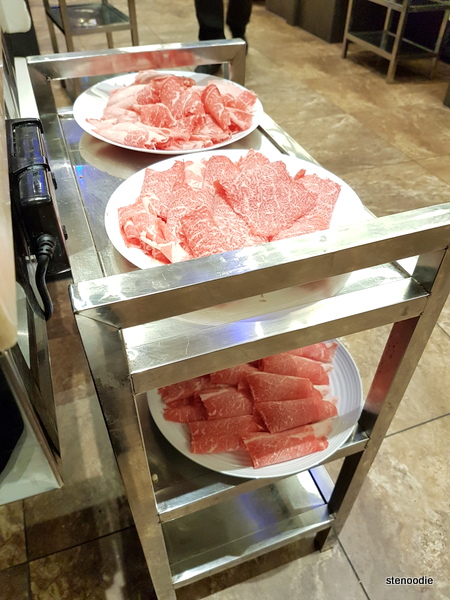 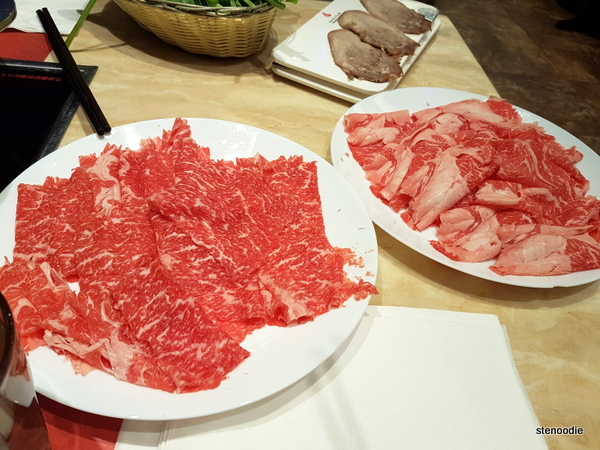 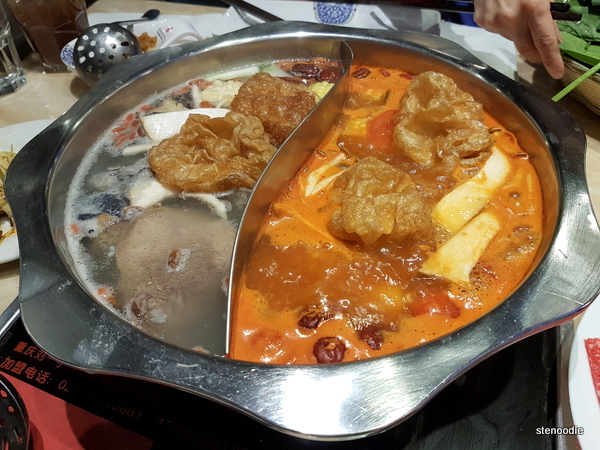 Throw in the gluten and veggies! 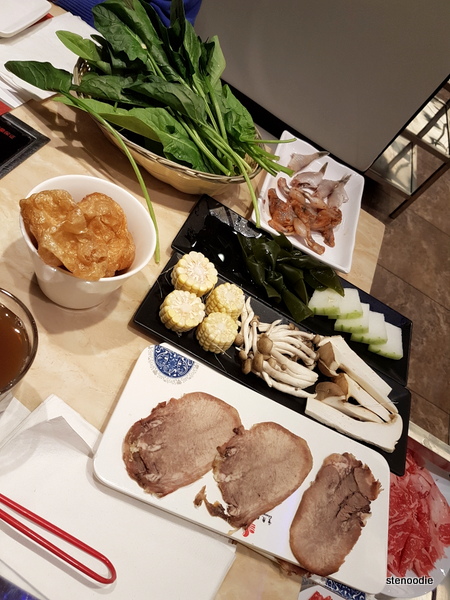 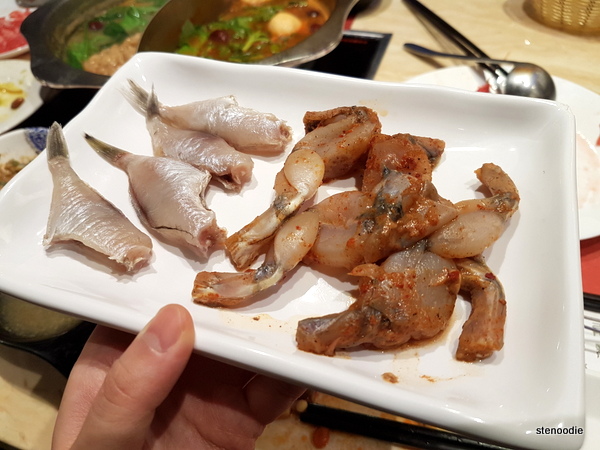 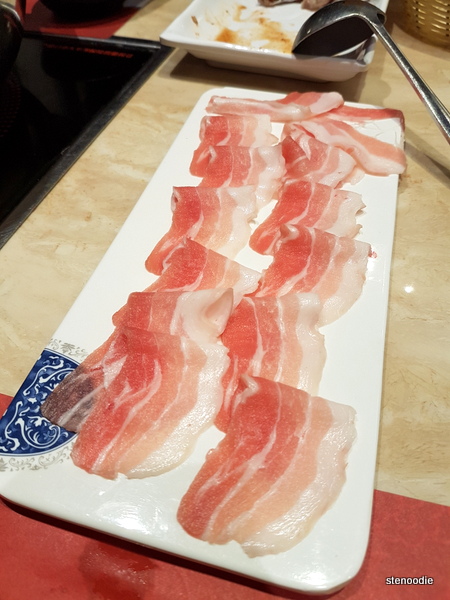 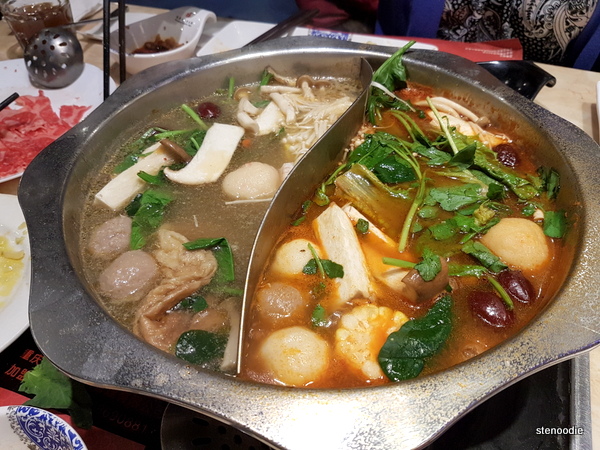 Veggies always near the end of the meal 🙂

An outstanding part of the night was their service.  The servers were always around and came by often to refill our hot pot with more soup without us having to ask.  Also, it is worth mentioning that at one point during the night, I sneezed just as the server was walking by.  He actually turned around and gave me some napkins.  That was so attentive of him!