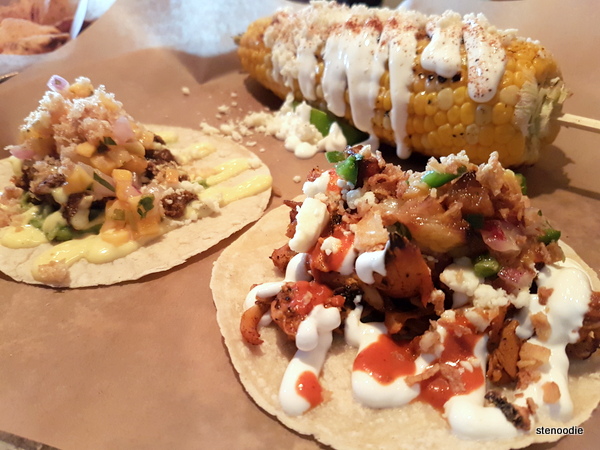 August 11, 2018:  Lunch at La Carnita!  I’ve always wanted to try this taco restaurant and so here we were on a Saturday for a late lunch. 😀

There are a couple of locations of La Carnita in Toronto.  We went to the John Street location near St. Andrew Station in the Entertainment District.

They have a very reasonably priced prix fixe lunch menu where you can receive a starter, two tacos, and a dessert for $16.99!  (It’s available before 4 p.m. each day.) 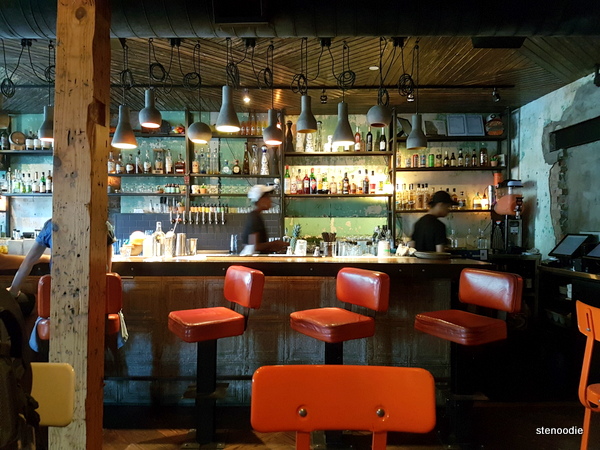 Look how nice the restaurant was!

Walking into the restaurant, I didn’t expect it to be so low-key and cozy inside.  I liked the vibe and that they played good music too.  We had made a reservation for our lunch and were given a favourable table facing the bar which meant we got a good view of it as well. 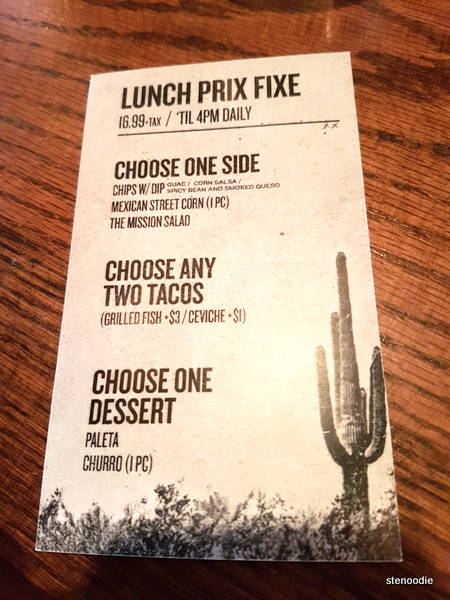 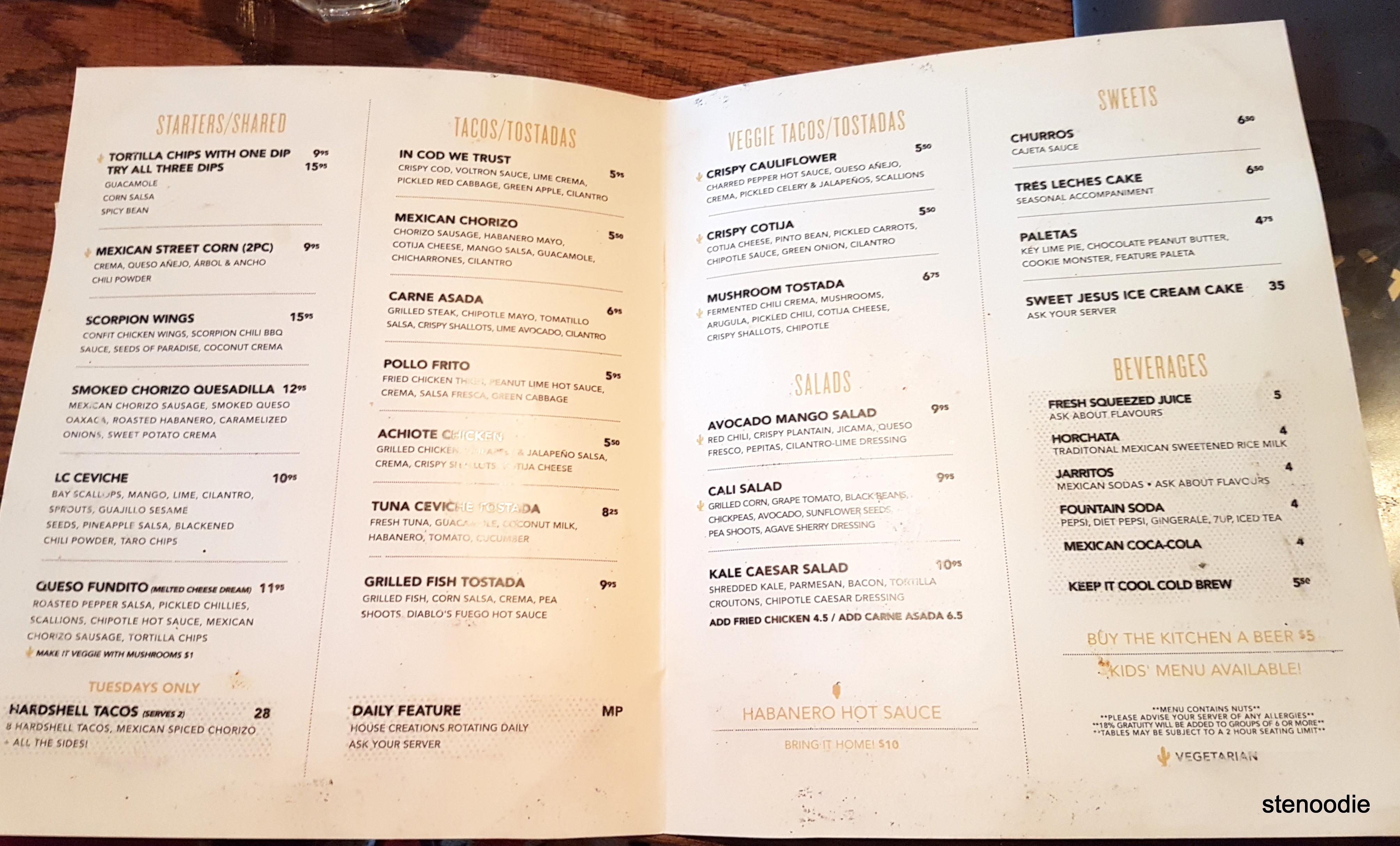 The food came in a reasonable time and I really liked everything.  The tacos were delish!  (That’s important since they are a tacos restaurant after all.) 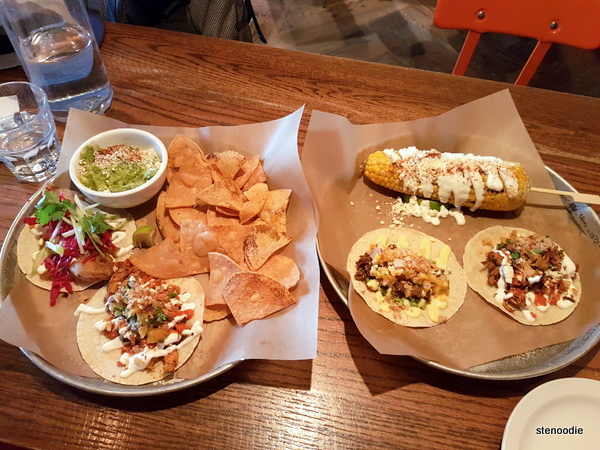 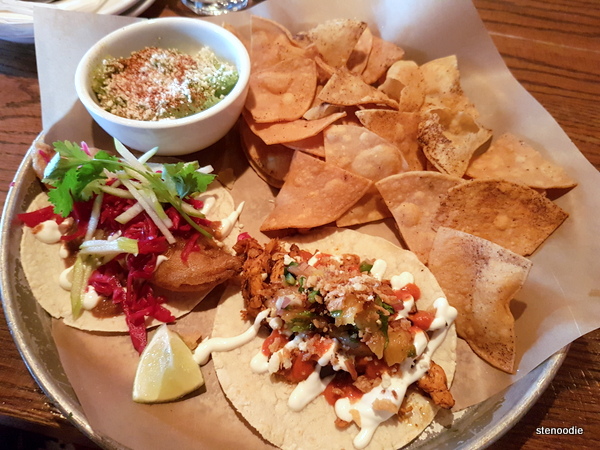 Starter and two tacos: Chips with Dip, In Cod We Trust, Achiote Chicken

I liked the In Cod We Trust taco that Ken ordered.  It had crispy cod, voltron sauce, lime crema, pickled red cabbage, green apple, and cilantro.  The green apple slices really made it a refreshing and outstanding taco. 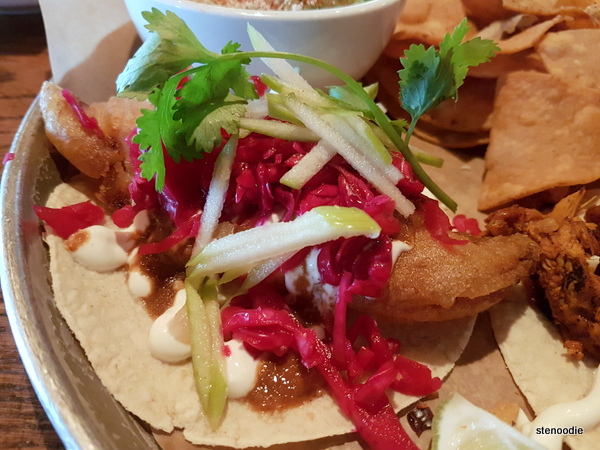 I liked the taco tortilla shells too.  That’s an important part of having good tacos.

The Mexican Chorizo taco contained chorizo sausage, habanero mayo, cotija cheese, mango salsa, guacamole, chicharrones, and cilantro.  This tasted like beef instead of sausage and tasted spicier to me than expected. 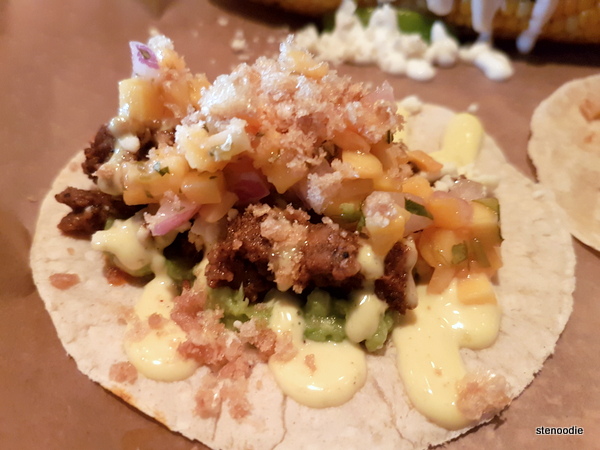 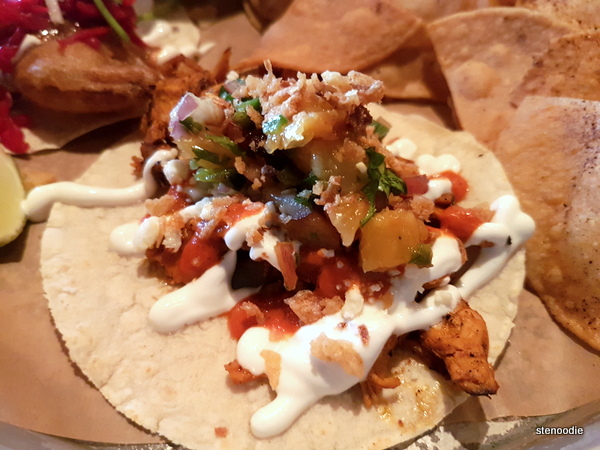 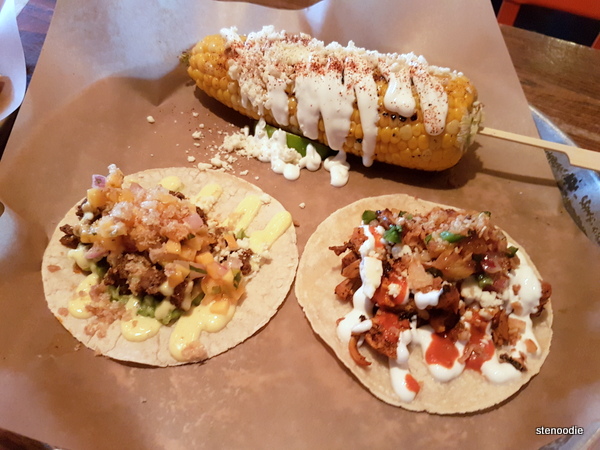 For my order of two tacos, I had actually chosen the fried chicken taco, but a grilled chicken taco was served in my order.  I called the server over to inform her about the mistake and she made no issue about it.  She immediately went to place in the order for my fried chicken taco and within minutes, it arrived to our table!  I really appreciated that the response to correct the error was so quick and painless and that they didn’t charge me extra for the corrected taco too.  Talk about fantastic customer service. 😀 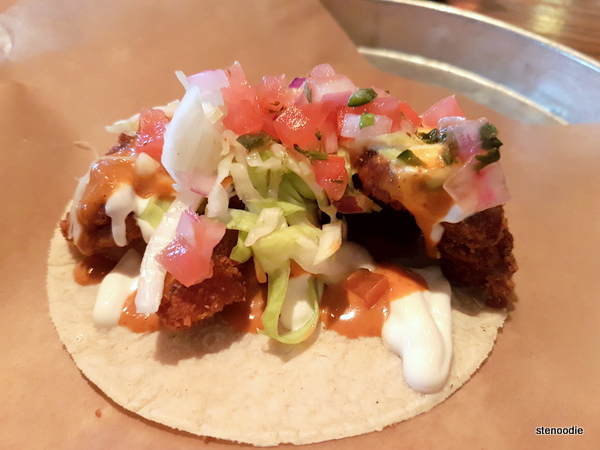 The Chips with Dip (guacamole) was pretty good.  The chips were very crispy and reminded me of the ones from Wilbur Mexicana. 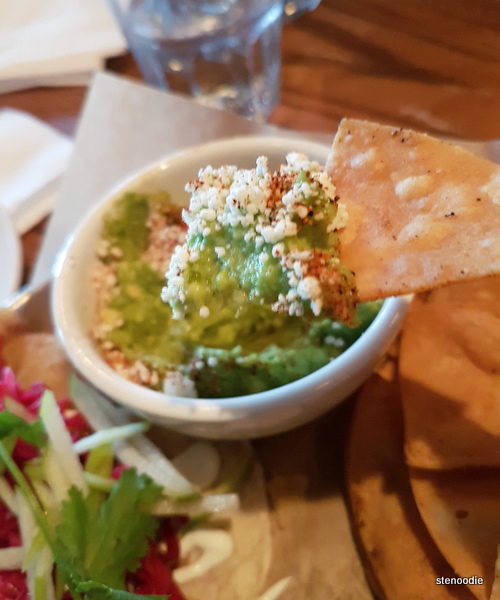 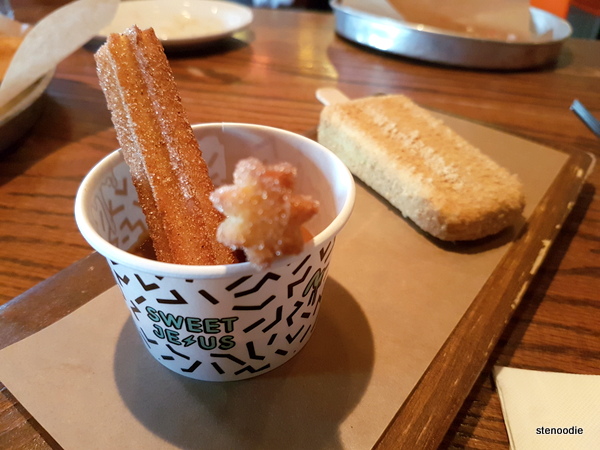 For dessert, I chose the Key Lime Pie Paleta while Ken ordered the Churros.  Mmm, I was really impressed with the churros.  They weren’t too gigantic and just two churros about a finger’s size.  There weren’t too much sugar on top of it either which I preferred.  I also liked the little bit of caramel sauce that was provided too.  It was just enough to dip the churros into for tasting and not too much to overwhelm the taste of the original churros.

We both liked the Key Lime Pie Paleta (Mexican frozen dessert popsicles).  This was essentially an ice cream pop but it was different from any other ones I’ve had before since it had a coating on the surface like breadcrumbs or something.  It was really good and the key lime pie flavour was so refreshing after the meaty tacos.

I’m happy to have tried another restaurant in downtown Toronto and especially this popular tacos restaurant! 😀  They serve up solid tacos and the service was really great too. 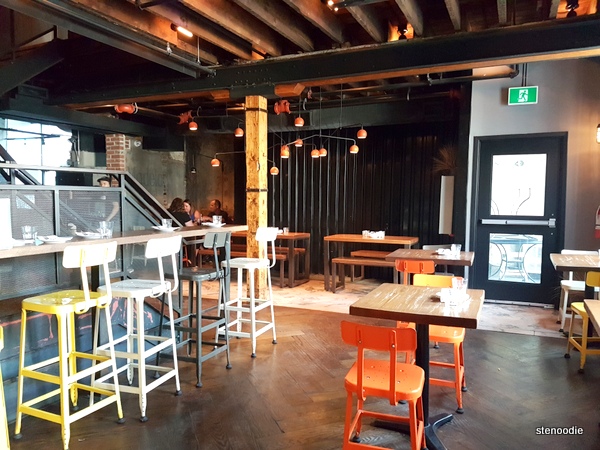 I like that they have an accessible entrance with a lift 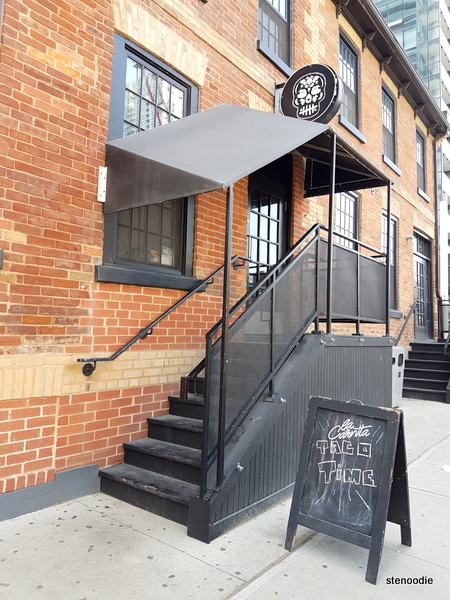