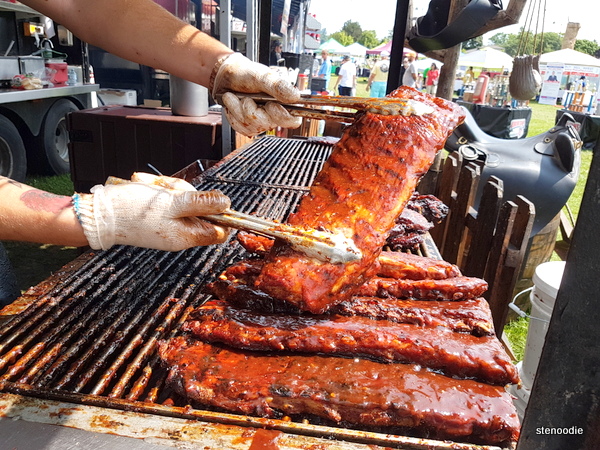 August 12, 2018:  This was the 6th annual Stouffville Country Ribfest.  It took place during the weekend of August 10 to 12 at the Stouffville Memorial Park in Stouffville.  I actually won a pair of “free” admission tickets (care of Yelp GTA) to the ribfest but this ribfest is actually admission by donation and kids are free so there actually wasn’t a mandatory fee associated with the ribfest. 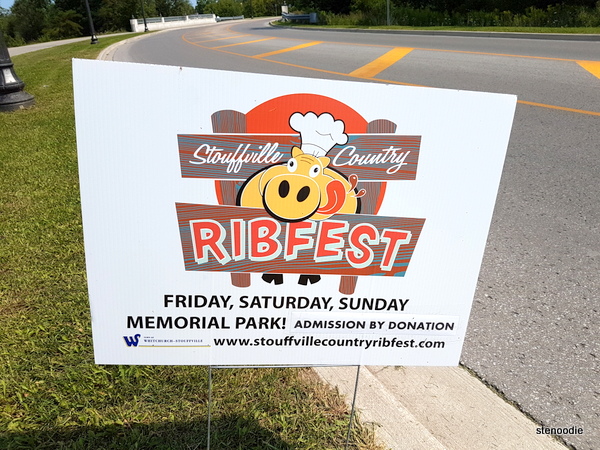 We arrived on the Sunday at 11:40 a.m. and parked at the nearby Community Centre parking lot (there was a lot of parking available) before walking over to the field where the ribbers, food stalls, other local shops, and kids’ zone were. 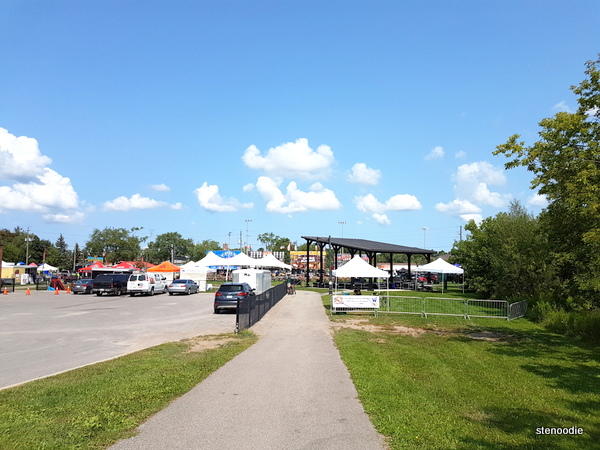 The Memorial Park taken over by the ribfest 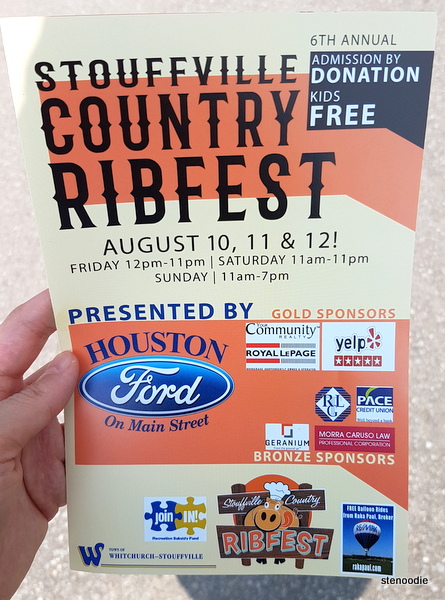 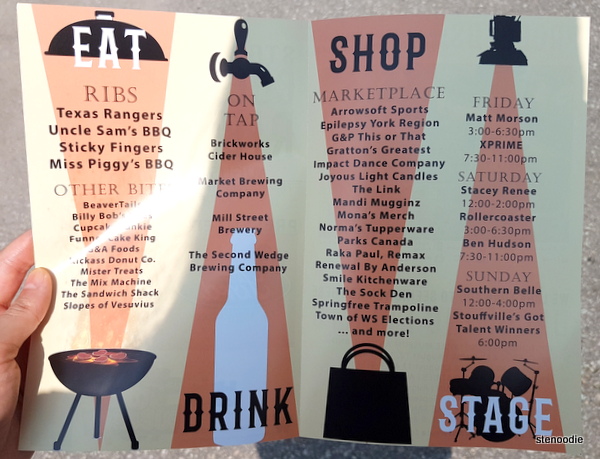 All of the ribbers and vendors 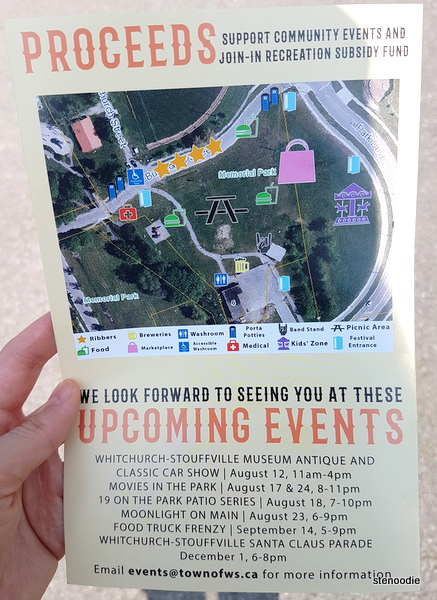 Map and upcoming events in Stouffville 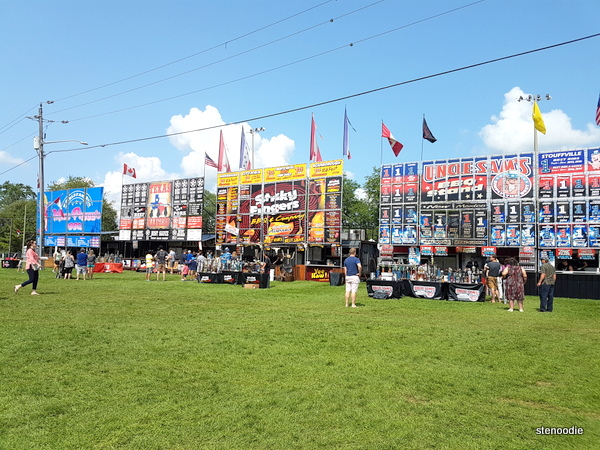 Four ribbers at the ribfest

There were four ribbers:  Texas Rangers, Uncle Sam’s BBQ, Sticky Fingers, and Miss Piggy’s BBQ.  Ken decided to go with the one with the longest line-up (which usually should be a good sign) which was Sticky Fingers.

It was still early in the day and thus didn’t have to wait too long in the line.  We ordered the “Stickys” ribs and chicken combo along with two pieces of cornbread. 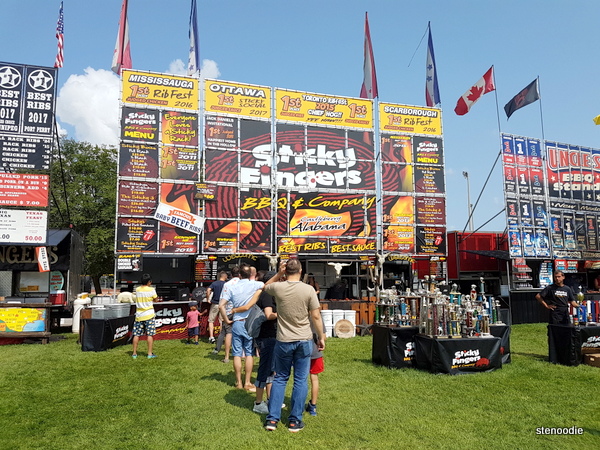 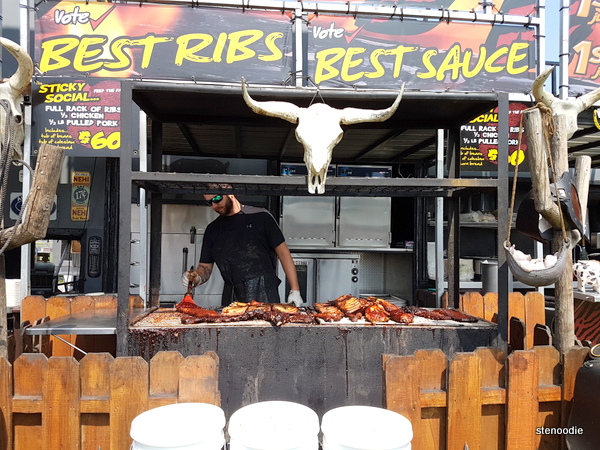 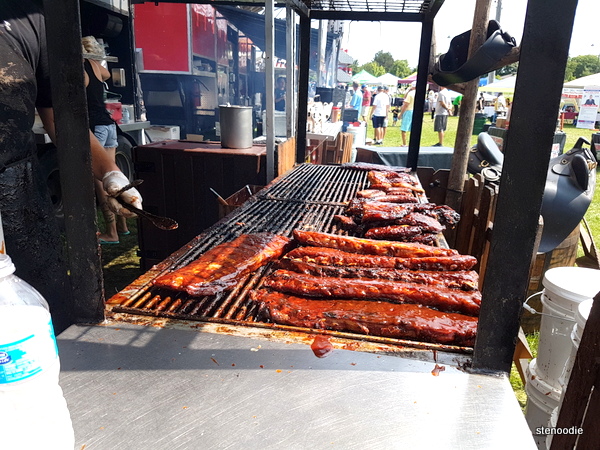 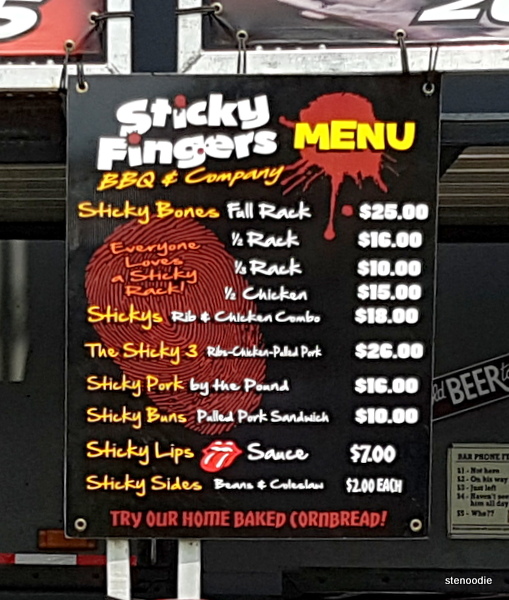 Considering that it was still early in the day for lunch, the tented picnic area was surprisingly full already, or at least all the shady spots were taken up.  It was best to enjoy the ribs under the shade since it was a really sunny day.  There was a stage with some musicians too. 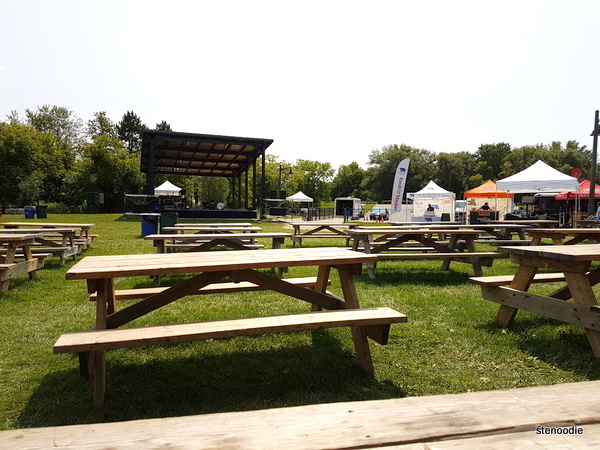 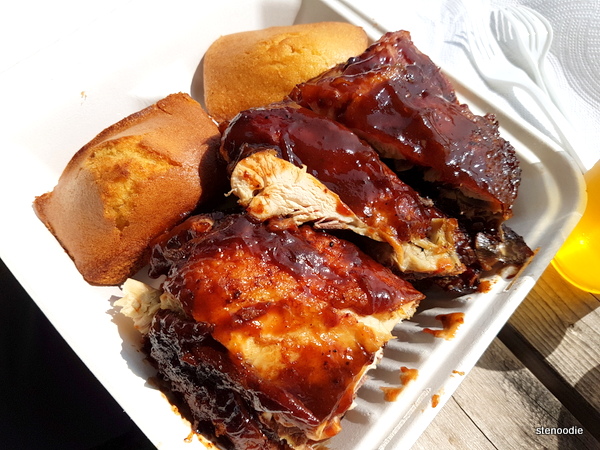 The “Sticky Fingers” ribber definitely lived up to its name as the sauce was indeed very sticky.  The ribs were pretty good and the chicken meat was nice and firm too.  I liked how the chicken wasn’t overburnt (which tends to happen).  I also greatly enjoyed the cornbread!

We had some craft beers from the Market Brewing Co. to enjoy with the ribs too.  The Bear Hug IPA was just as great as last time when I had it at another ribfest.   The Beswick Lager was more strong in taste. 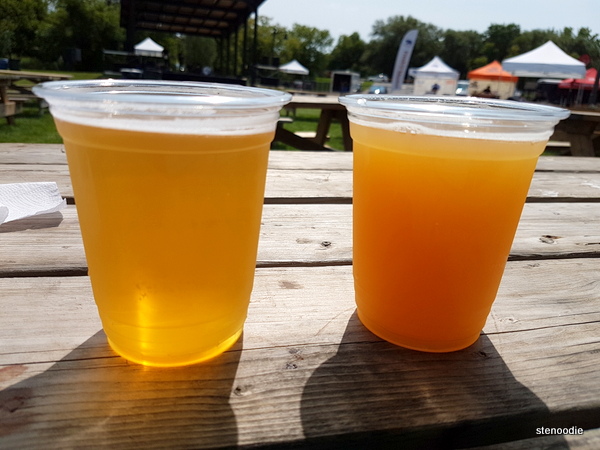 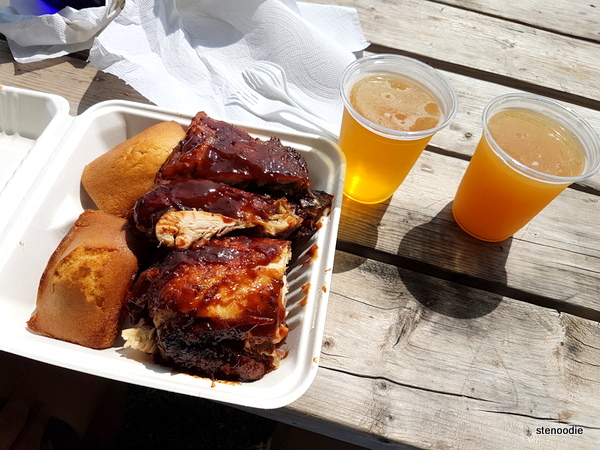 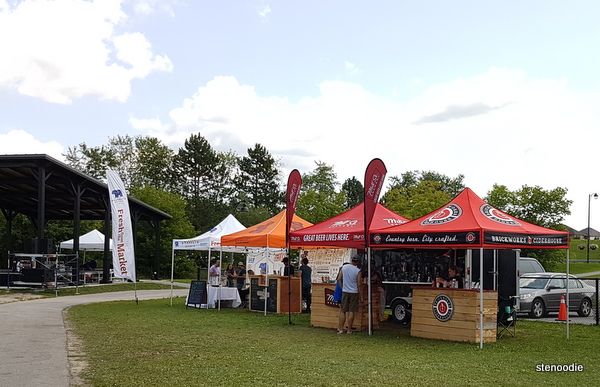 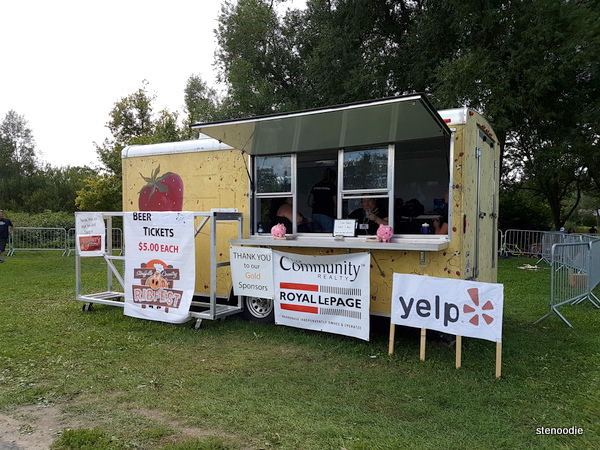 Beer tickets for $5 each 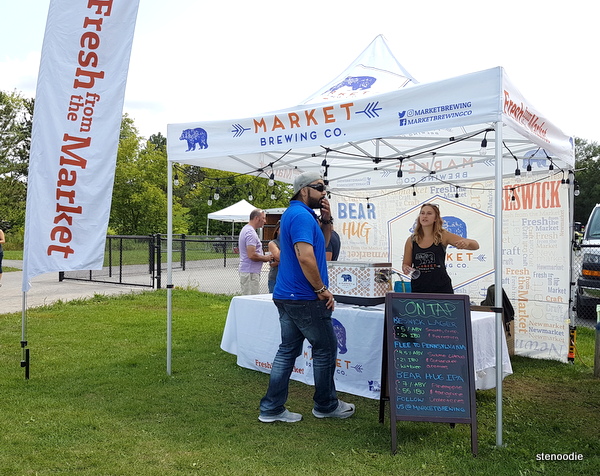 It was really nice to check out this ribfest in Stouffville. 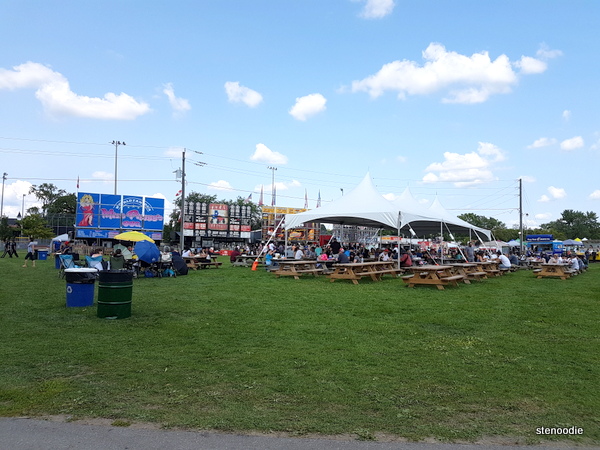 Everyone congregated and stayed under the tents