Ninki Sushi in The PATH 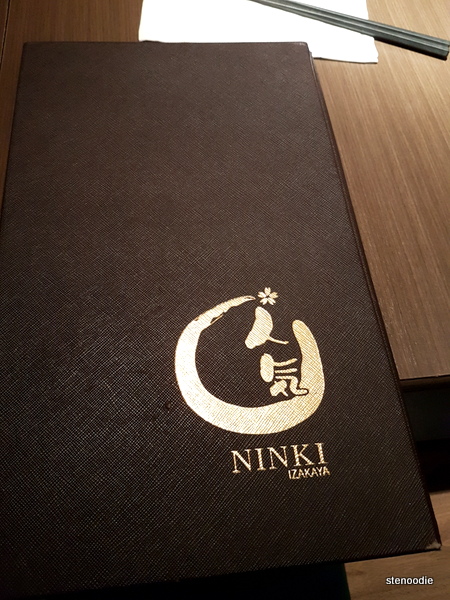 August 16, 2018:  I’ve passed by Ninki Sushi, a Japanese restaurant, dozens and dozens of times whenever I work at the Bay Adelaide Centre, but this was my first time dining in.  I never knew what a fancy restaurant it was inside!

My boo took me here for dinner as I was starving from a full day of overtime work.  I was so impressed with its interior; it was so fancy and low light with spotlights so you could still see everything clearly.  To me, it was like a perfect date place (but also suitable for lots of suits dining in for a business lunch). 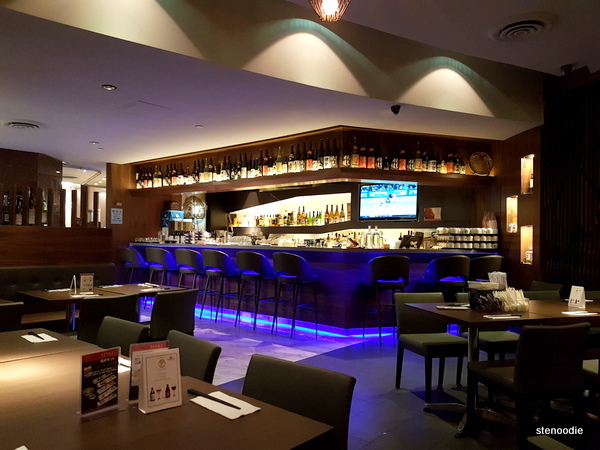 I loved the ambience

There weren’t a lot of people here for dinner (as it seems like they cater mostly to the lunch crowd or take-out orders — in fact, as we were here, the server was busily packing take-out boxes of food so lots of residents in the area or late-night workers frequented this restaurant).  Seeing as that was the case, I was also surprised that they were open for dinner hours as how many other restaurants in the PATH shut down after five o’clock.

I ordered the Chirashi Don while Ken got the Cold Soba Combo with Tempura. 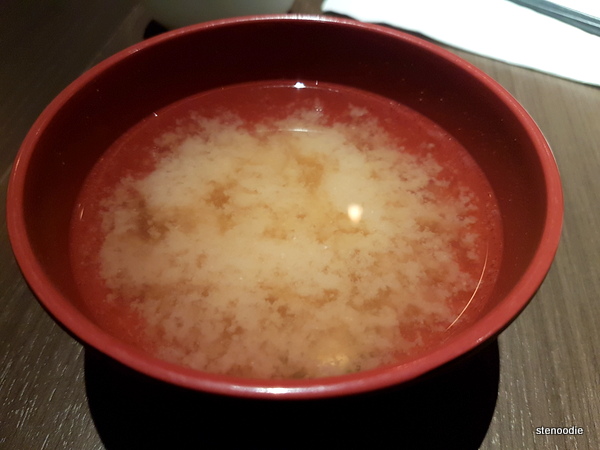 Miso soup that came with the meal 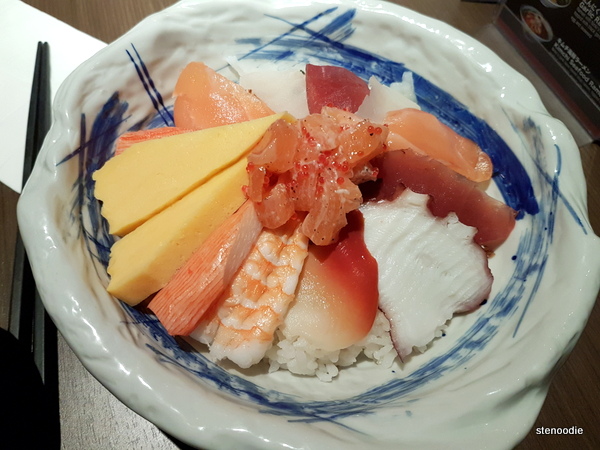 The Chirashi Don (sushi rice covered with various sliced fish) was presented in a beautiful ceramic bowl.  However, I was disappointed with this overall.

First, the high point was the rice.  I loved the sushi rice in this as it was covered with furikake and flavoured the rice so well.

What I didn’t like were the sashimi pieces (what matters most for this dish).  At first look, the various sliced fish was colourful and so pretty.  Unfortunately, I quickly found out that the sashimi were very thinly sliced and akin to the ones that go on top of sushi/nigiri instead…  Thus, to me, it seems like the chef merely took the sashimi that they usually use for making sushi to put on this chirashi don.  A good bowl of chirashi should contain sashimi that is thick-cut and larger than the ones found on a piece of sushi.  It’s all about the texture and freshness of the sashimi on top of rice.

For example, look at the shrimp.  These cuts of shrimp are commonly seen on top of sushi/nigiri and not served alone like that.  For chirashi, usually the whole shrimp with the head would be used.

Again, I didn’t like that they skimped out on the fish used for this don.  I understand that they probably cater more to sushi and roll orders and which is probably why they just used those pieces of fish for this bowl, but I felt jipped.  Good chirashi should be more like this one I had.

Ken didn’t like his soba noodles from the Cold Soba Combo with Tempura either sadly.  They were quite flavourless.

I tried a strand and dipped it into the accompanying sauce and agreed that it was bland. 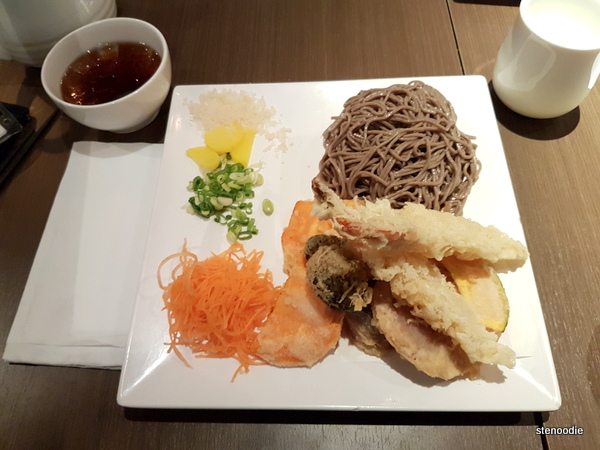 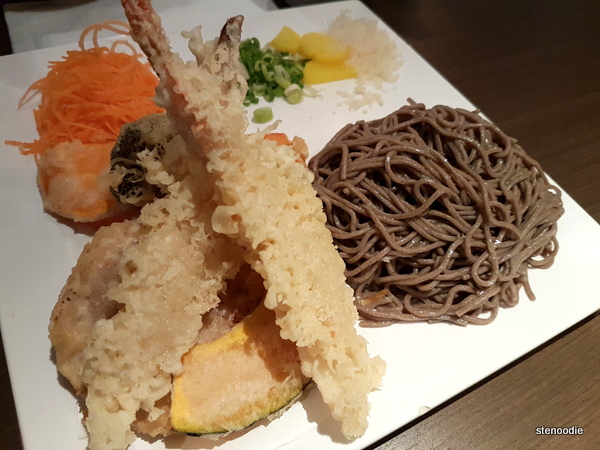 I haven’t written off Ninki Sushi just based on this experience alone.  I’d like to try their sushi rolls next time. 🙂