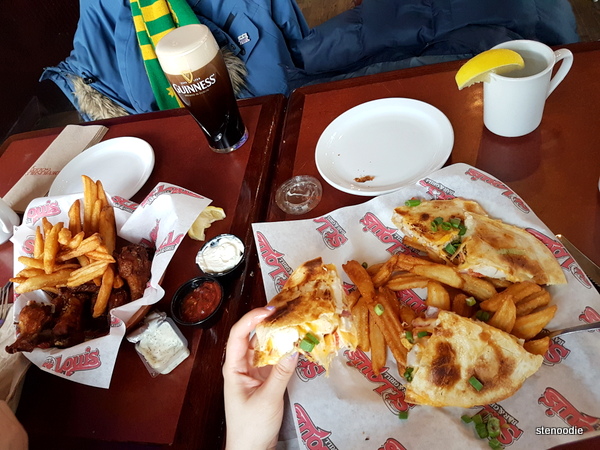 Lunch at St. Louis Bar and Grill in this Yonge Street and Elgin Mills location!  They have a good lunch menu where every day from 11 a.m. to 3 p.m., you can choose most of their most popular options for around $10.  It’s a good deal!

I ordered the 1/2 Quesadilla which came with fries and a side of sour cream and salsa. 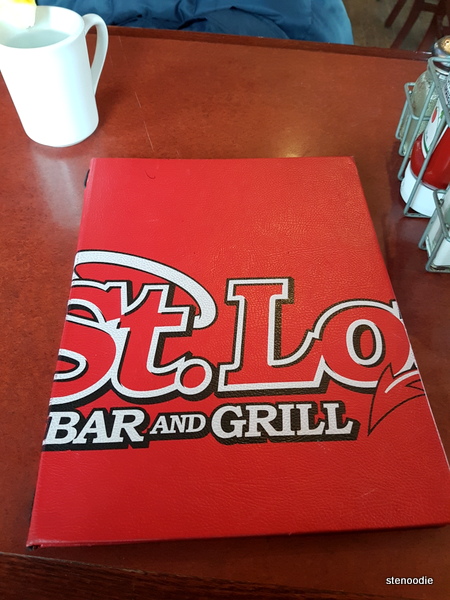 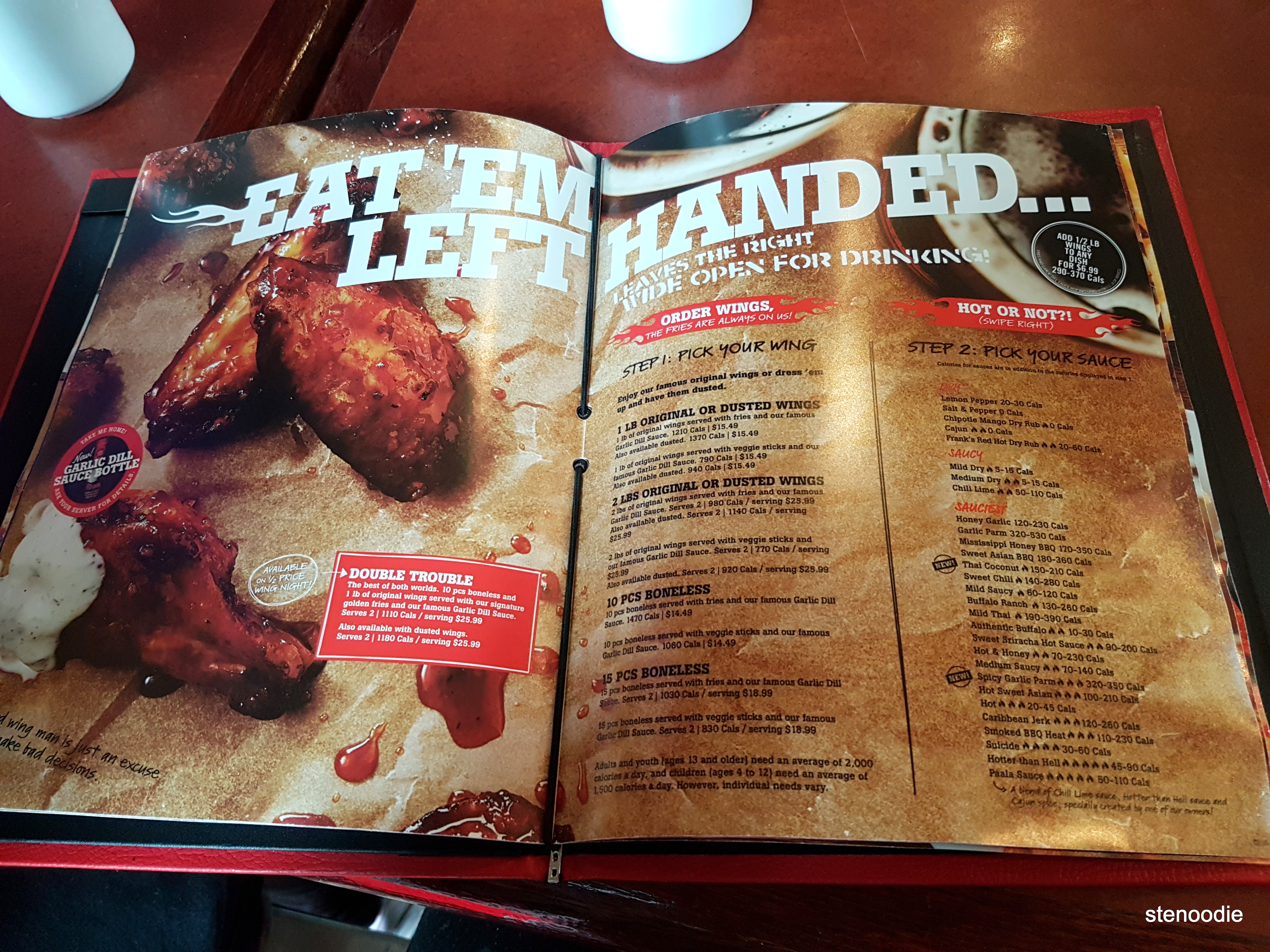 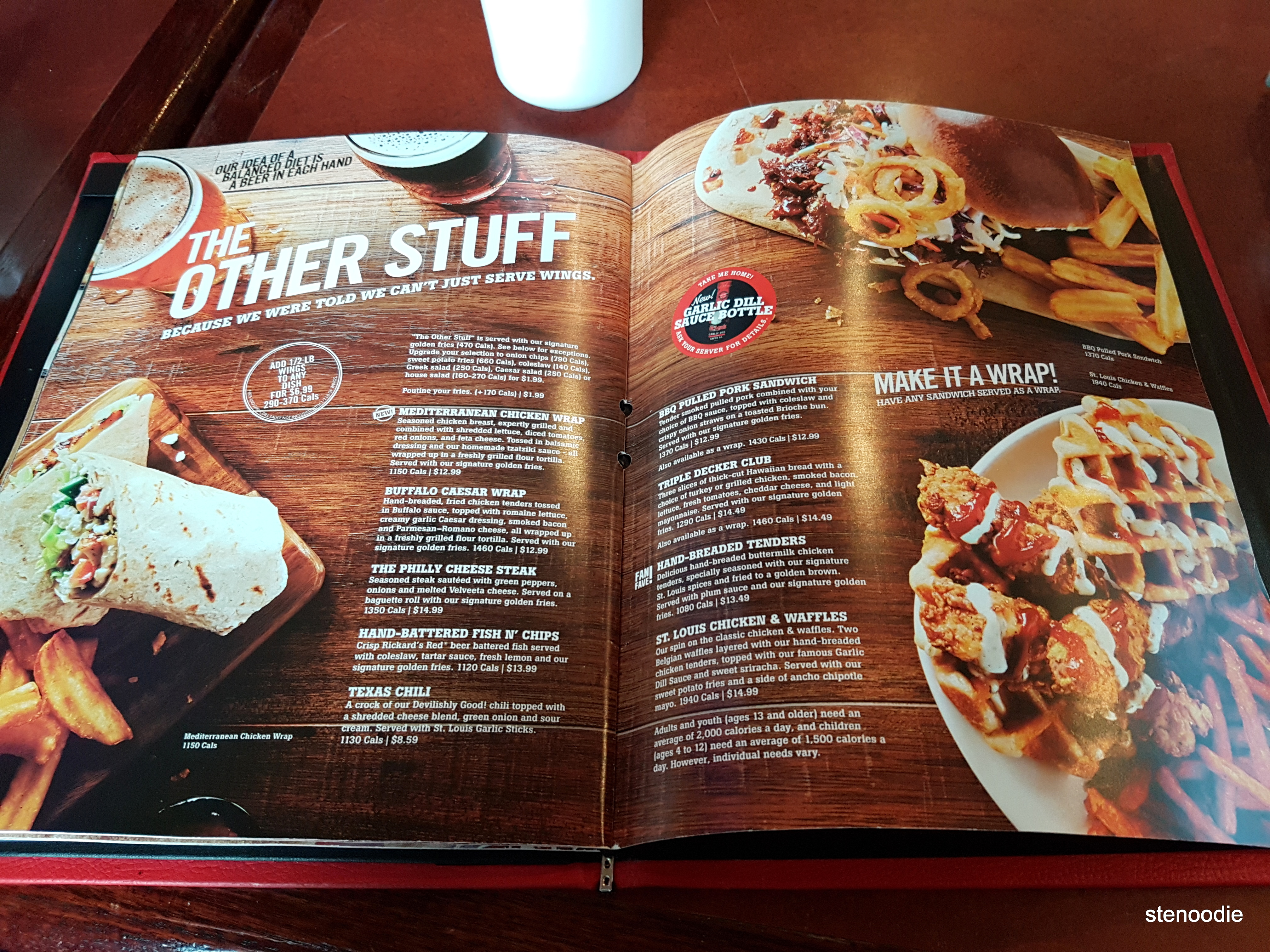 I was actually deciding between the quesadilla or the chicken & waffles… 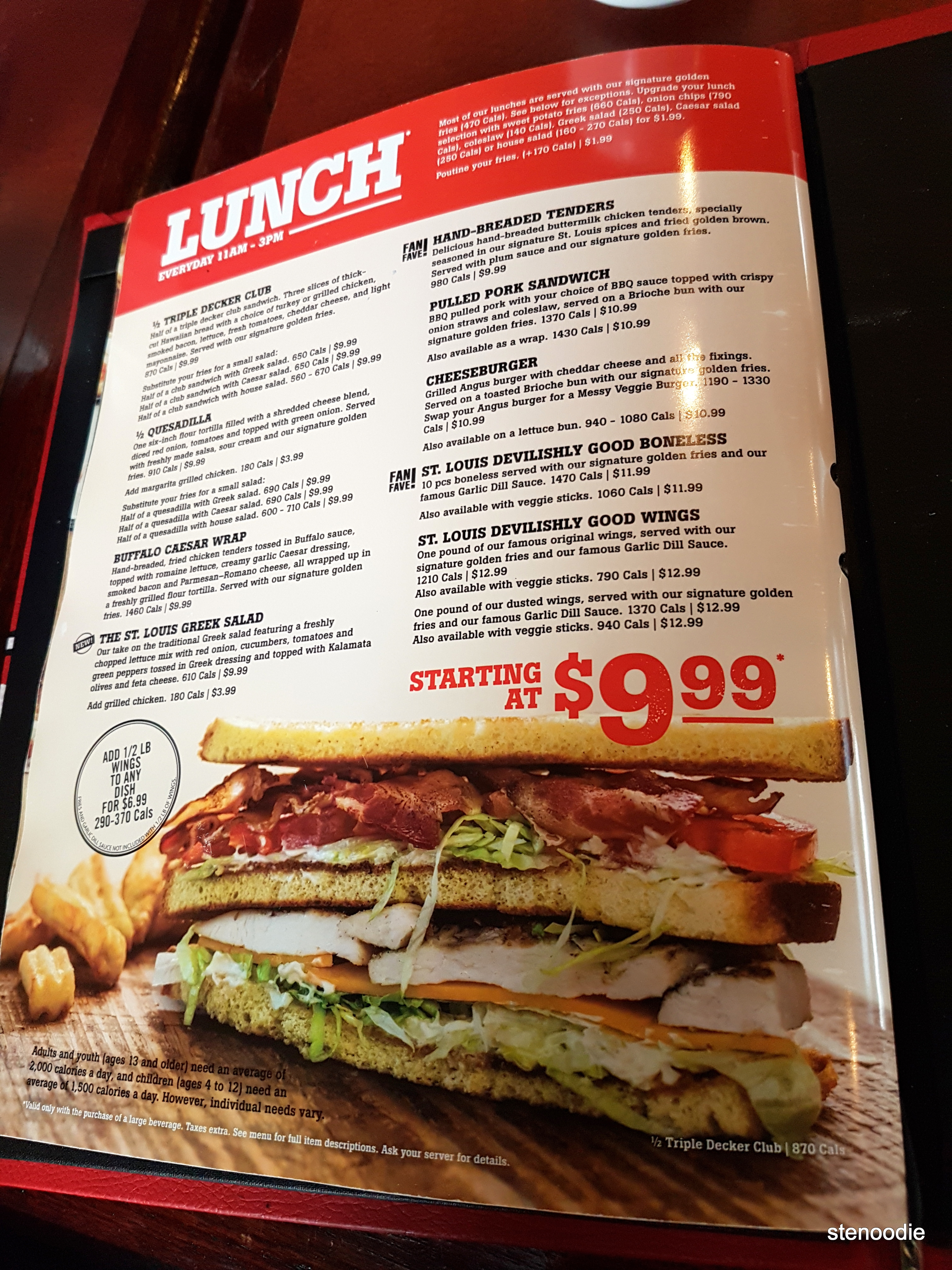 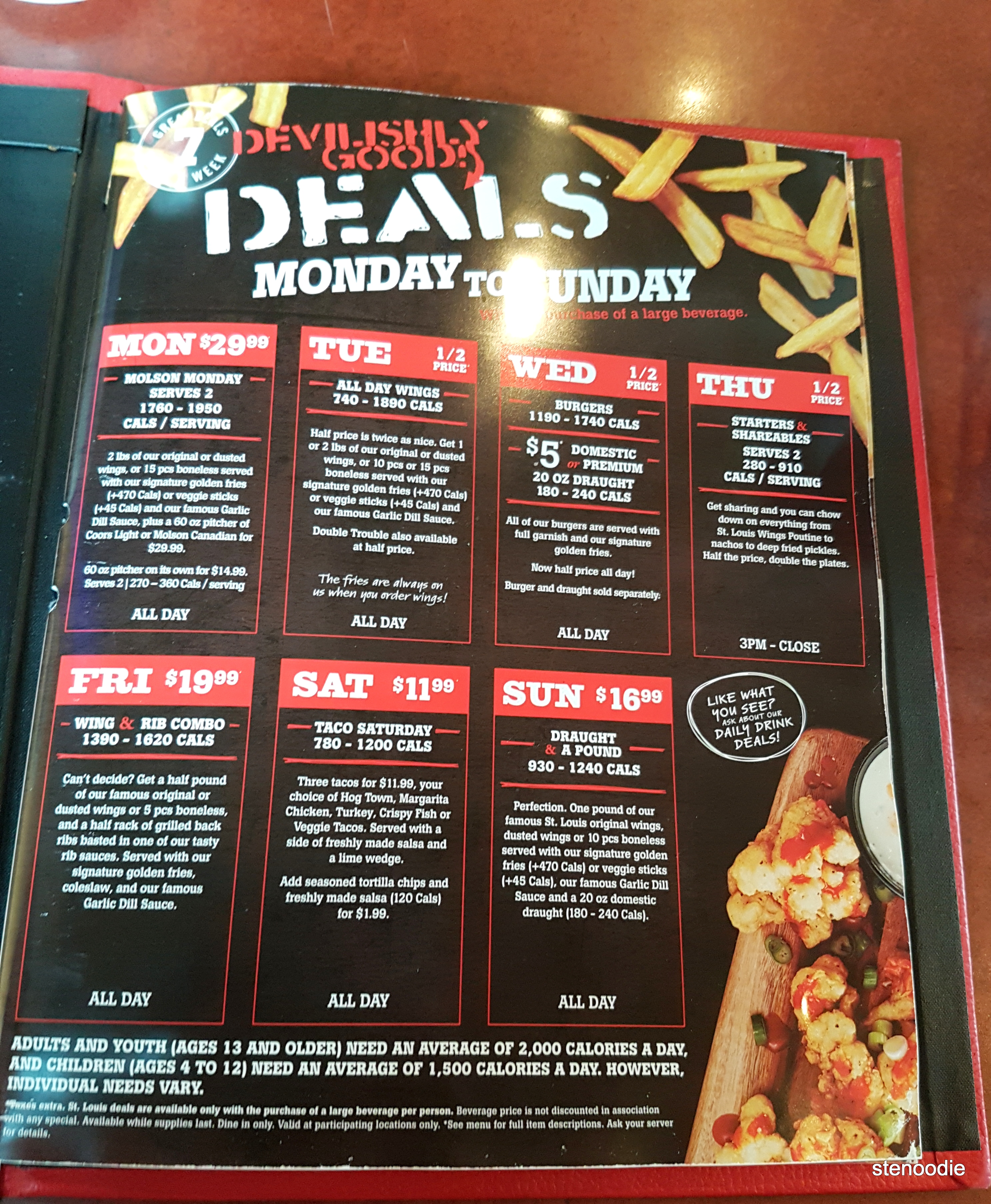 Devilishly good deals each day of the week 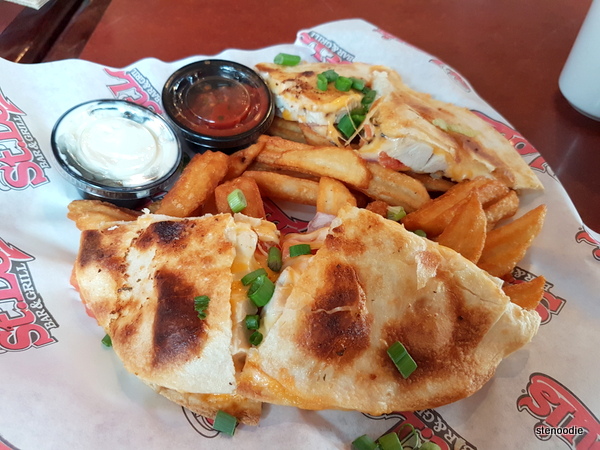 I was very impressed with the portion size and presentation.  They had cut the 1/2 Quesadilla into fours and placed it in the plate over the fries.  Each quarter of the toasted quesadilla was a heavy loaded piece with sizeable pieces of grilled chicken, cheese, and red peppers and crunchy onions.

(I actually didn’t know that there was going to be chicken in the quesadilla.  Upon looking at the menu again while writing this blog post, I realize they might have added the margarita grilled chicken to my quesadilla accidentally.  At the time, I totally didn’t even think about this “mistake!”  I knew when ordering it that the menu didn’t say that chicken was included but when it came to the table and I discovered there was chicken in it, I just accepted it and continued eating.  XD
If you add the chicken, there is an extra charge.   I also don’t think we checked the bill for this.  Did we get charged the $9.99 item as I had originally intended to order or did we get charged an extra $3.99 because the server thought I wanted the chicken added?)
It was 100 percent comfort food!  I couldn’t believe how delicious this quesadilla was!!  The chicken was so moist and tender.  The fries were crispy and pretty good but I feel like I’ve had better fries at their other locations.  Their salsa and sour cream arrived in two plastic lidded containers.  (Considering how they were cold, I think they were brought out straight from the fridge.  Does that really make that “freshly made salsa” then as stated on their menu?)

Ken ordered the one pound of wings and fries also from the lunch menu.  He chose the Lemon Pepper flavour.  I tried the wings and they were all right.  The wings were a bit hard and dry for my taste. 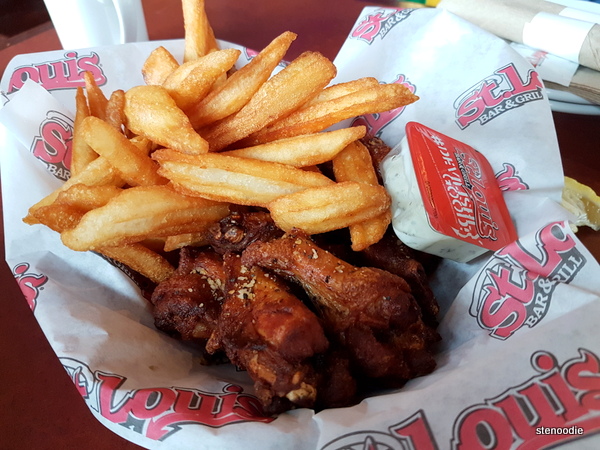 A pint of Guinness: 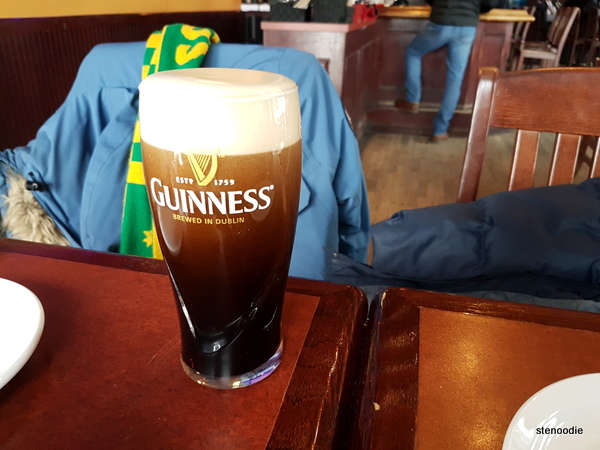 There weren’t a lot of people dining in for lunch on this Saturday.  It’s a nice location with plenty of big screen TVs showing the sports channel. 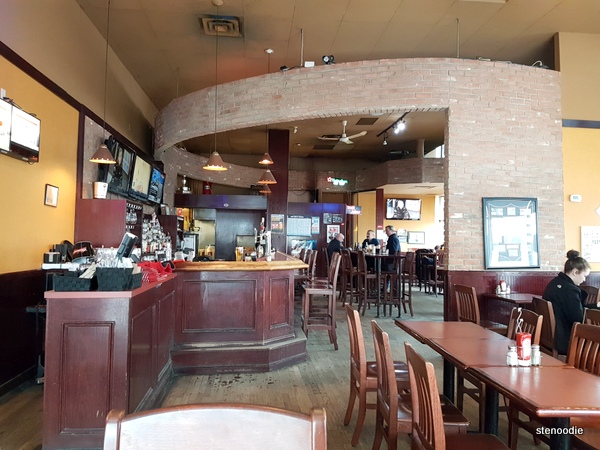 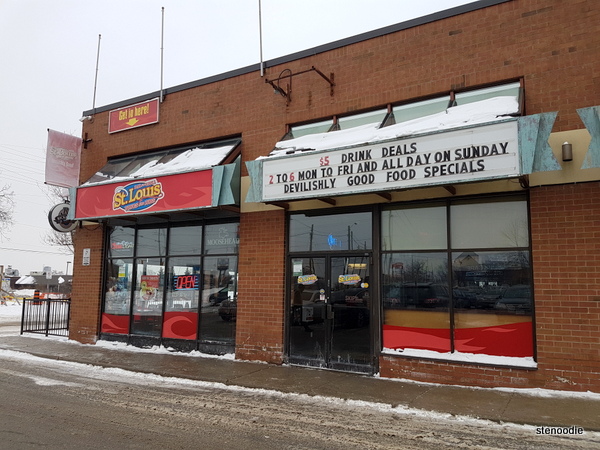