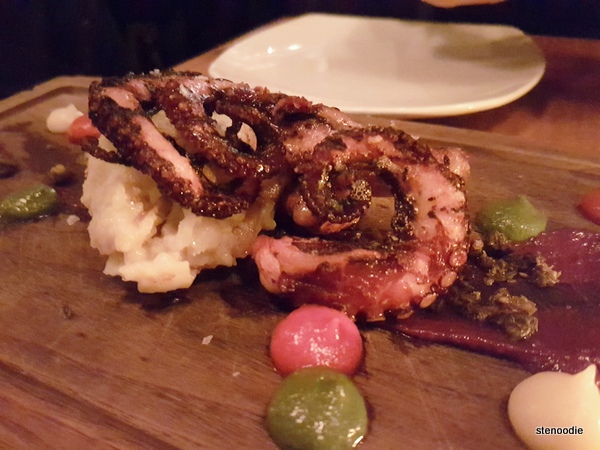 I finally made it to this much talked-about restaurant, Gusto 101, for dinner!! 😀  My love booked it for our early V Day meal this year.

Gusto 101 is an Italian restaurant serving Southern Italian classics located on Portland and King Street.  I remember vaguely a long time ago stopping by with some fellow foodies and wanting to dine in but Gusto 101 didn’t have a spot for us as drop-ins.

My bb had booked the restaurant for our 6:15 p.m. meal but due to work commitments and a long commute, we didn’t arrive until 7:15 — almost an hour later.  I was fully anticipating that we would be turned away and need to pick a new restaurant to dine at since they only would only save our spot for 15 minutes.  However, when we got there, we were still given our table!  Woohoo!!  Apparently, my love had been texting them to keep pushing our reservation by 30 minutes at a time and they obliged.  I was so impressed with their customer service and appreciated it so much. 😍

Sitting down at our two-seater table, it reminded me very much of our Terroni visit long ago.  The restaurant was very loud due to all the patrons as well as their loud music which amplified the bass a lot.  It was difficult to hear what my love was saying over the table at times.  It was also quite dim inside, so my pictures of the food are blurry.

It was very dim inside. The only light sources were the overhead lamps and small candles on each table

Looking at the menu, we realized that their items seemed authentically Italian.  We were excited to try the food and see how it stacked up against the real deal when we had travelled to Italy in September.  I loved how our server was so attentive, efficient, and friendly.  She provided effective service without being too intrusive. 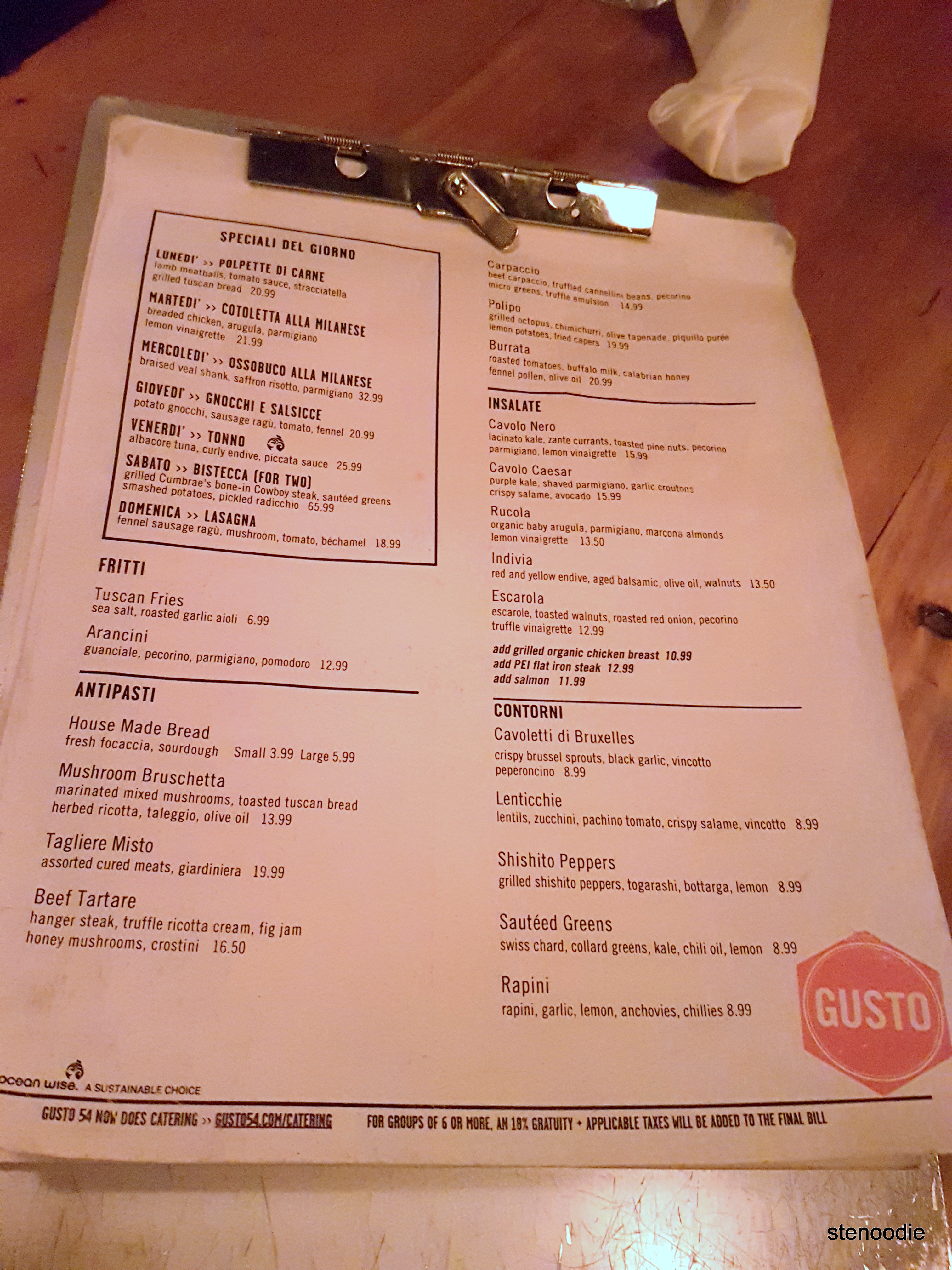 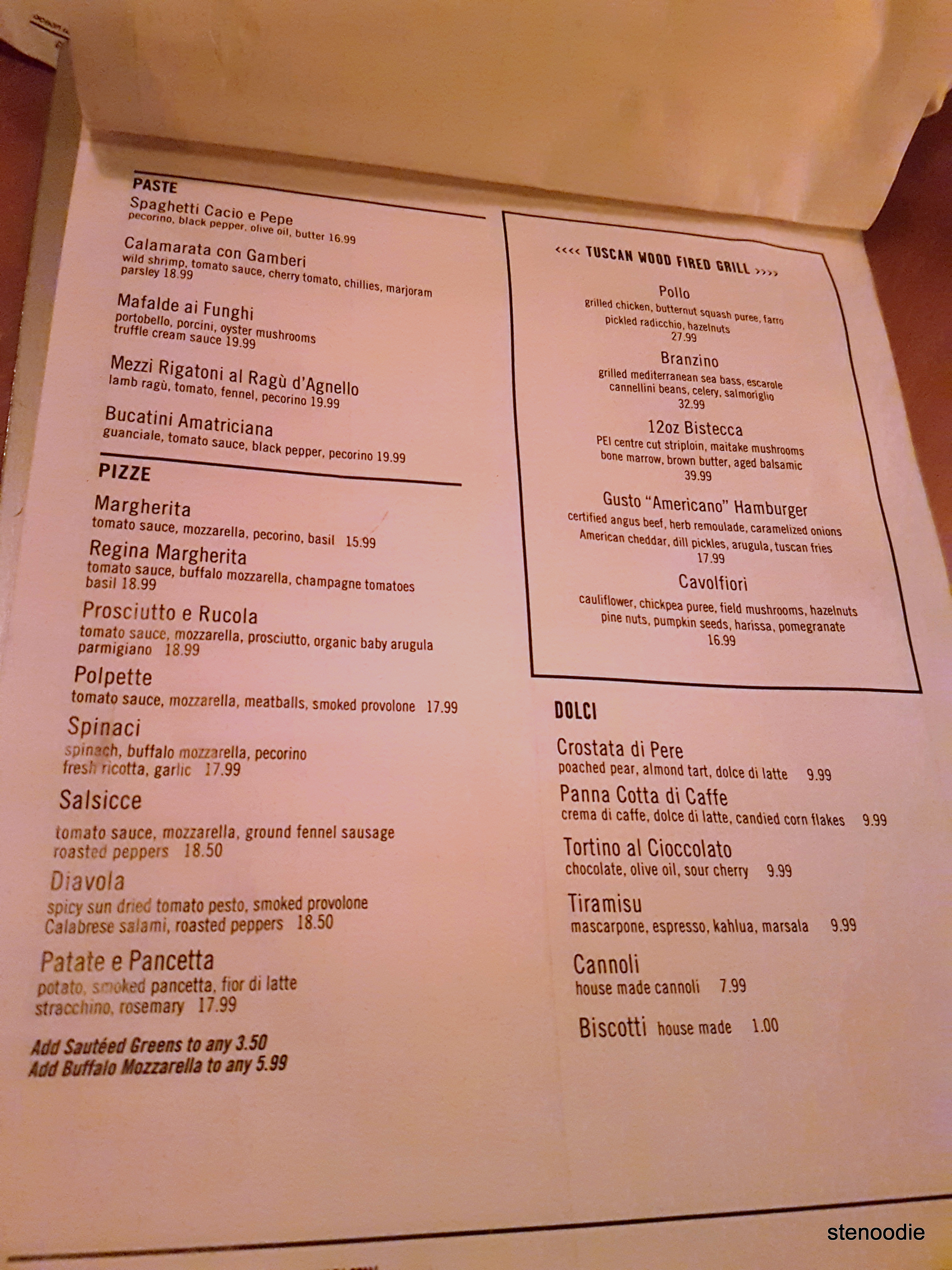 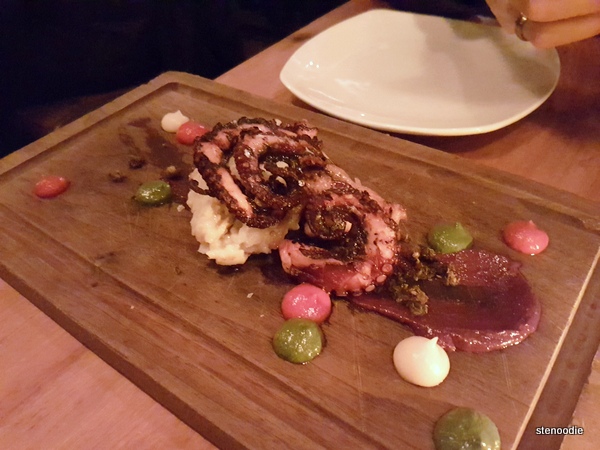 Our octopus appetizer (Polipo) arrived in a short time.  It was nicely presented on a wooden board with four types of sauces accompanying it.  They were in dollops around the table.  One was a green chimichurri sauce, a lemony white sauce, a red chili piquillo purée, and a dark green olive tapenade smeared across the board.  There was a cold lemon potato salad and fried capers too.  The grilled octopus was so soft and tender, almost to a point of being a bit mushy actually.  The flavours tied in together well.  It was a good appetizer but expensive for $20 in my opinion (eating out in Toronto is becoming a real treat these days) — the appetizer cost as much as our pasta mains.

The two pasta dishes arrived at the same time during which time I also asked the food runner to add a rapini dish to our table.  The Mafalde ai Funghi had thick layers of ribbon-shaped pasta with wavy edges with the porcini, portobello, and oyster mushrooms on top.  Each piece of mafaldine was covered with ample sauce and it was truffle cream sauce.  The flavours were exquisite.  The pasta was very al dente though so there was a lot of thorough chewing involved. 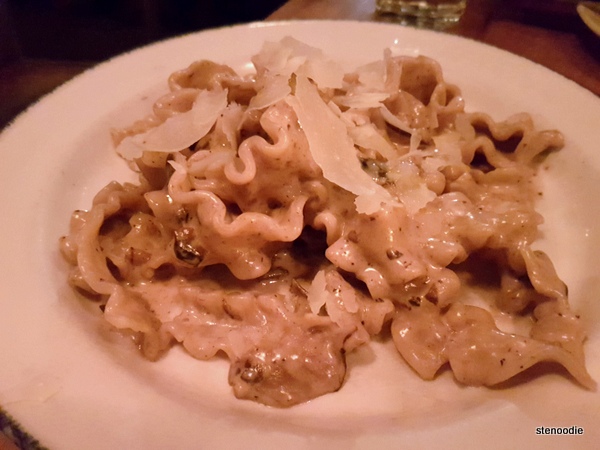 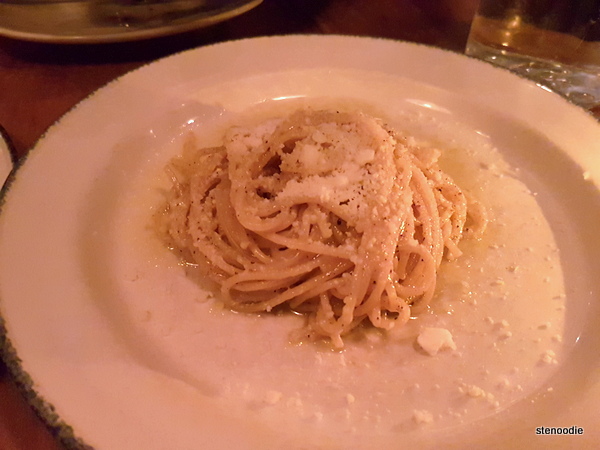 The Spaghetti Cacio e Pepe was a tiny portion!  I compared it to the one we had in Rome, Italy.  Like the real thing, it arrived by itself on a plate with no accompaniments.  At first taste, the spaghetti was very rich with pecorino cheese and thus very salty.  There wasn’t enough black pepper to it, which is what makes the dish.  This spaghetti wasn’t as al dente though which was preferred for me.

Our verdict was that the flavour of the mushroom pasta was great albeit too al dente while the cheese and pepper spaghetti was nicely textured but too salty.  Each one had its fine points though.  However, if you order the cacio e pepe by itself you might be still hungry afterwards. 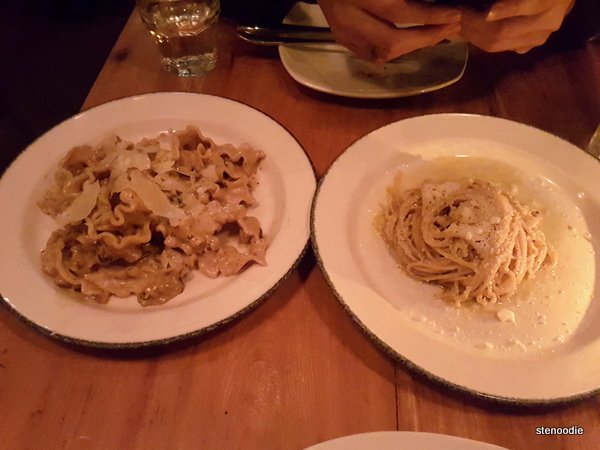 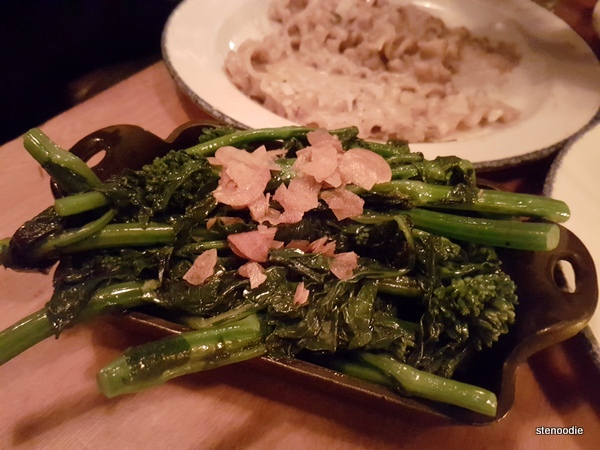 Our order of Rapini arrived too and it was a bigger portion than I expected for a side!  It had long stalks of rapini with some fried garlic on it.  The rapini were seeped with chili oil too so some of it was quite heaty.

My love had brought a dessert from an external vendor but our server informed us that a $3 serving charge per person would apply if we wanted it served at the table.  That price wasn’t worth it so we saved the dessert to eat elsewhere.

My love ordered a single serving espresso.  It arrived in the cutest espresso set with a small spoon.  It smelled so good.  I licked the spoon and it was so bitter!  Espresso is not my thing. 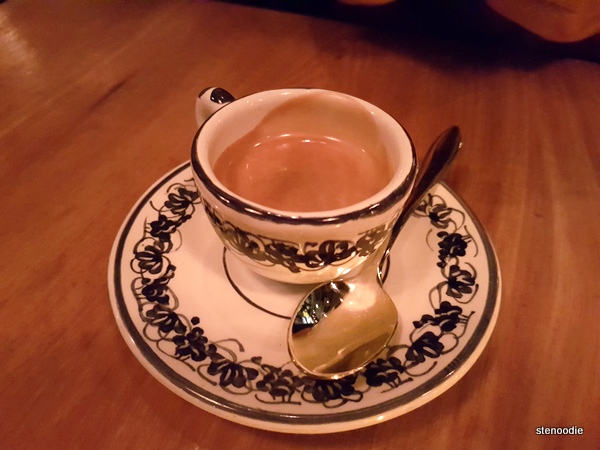 I’m glad I got to try Gusto 101 for the first time.  Will I be back?  Not sure.  I prefer a brighter atmosphere to dine in comfortably and where I can hear my guests. 😂  (Also, we weren’t overly full after the meal.) 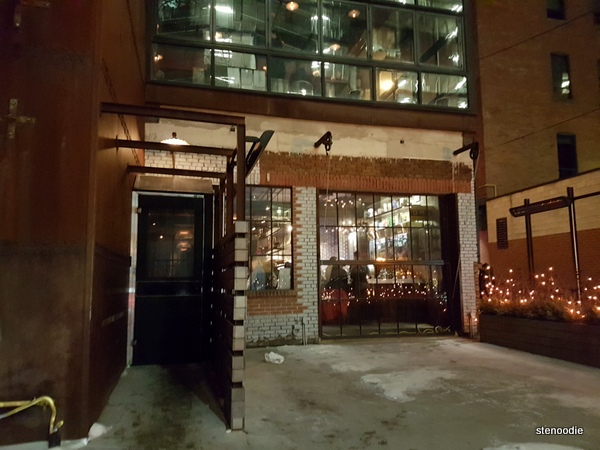 They have a rooftop patio and actual patio for the summer 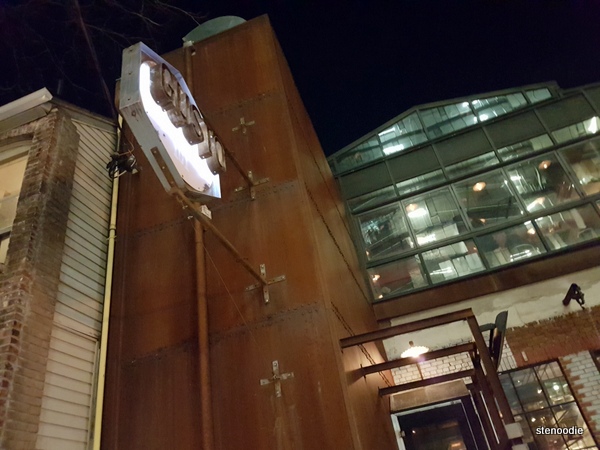