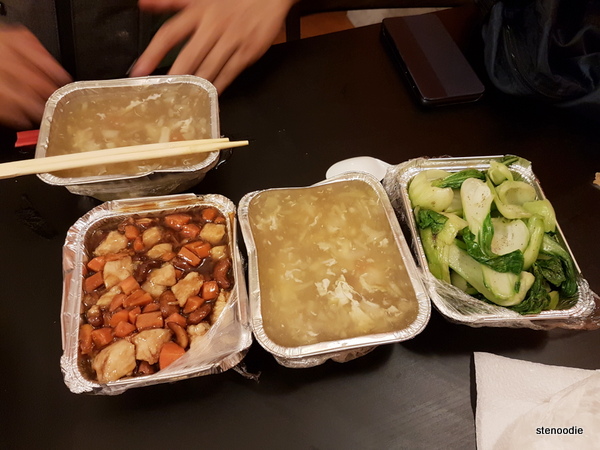 The place was called Rosticceria Cinese Girasole and was a dark single-roomed unit.  They had a couple tables for dining in, but it seemed the norm for takeout orders.

We ordered two tofu soups, steamed vegetables, and cashew chicken.  It did take a bit of time for the food to come out.  It was steaming hot and three of them were wrapped in cling wrap which I wasn’t a fan of (the intense heat from the food could easily melt the plastic and embed toxins into our food). 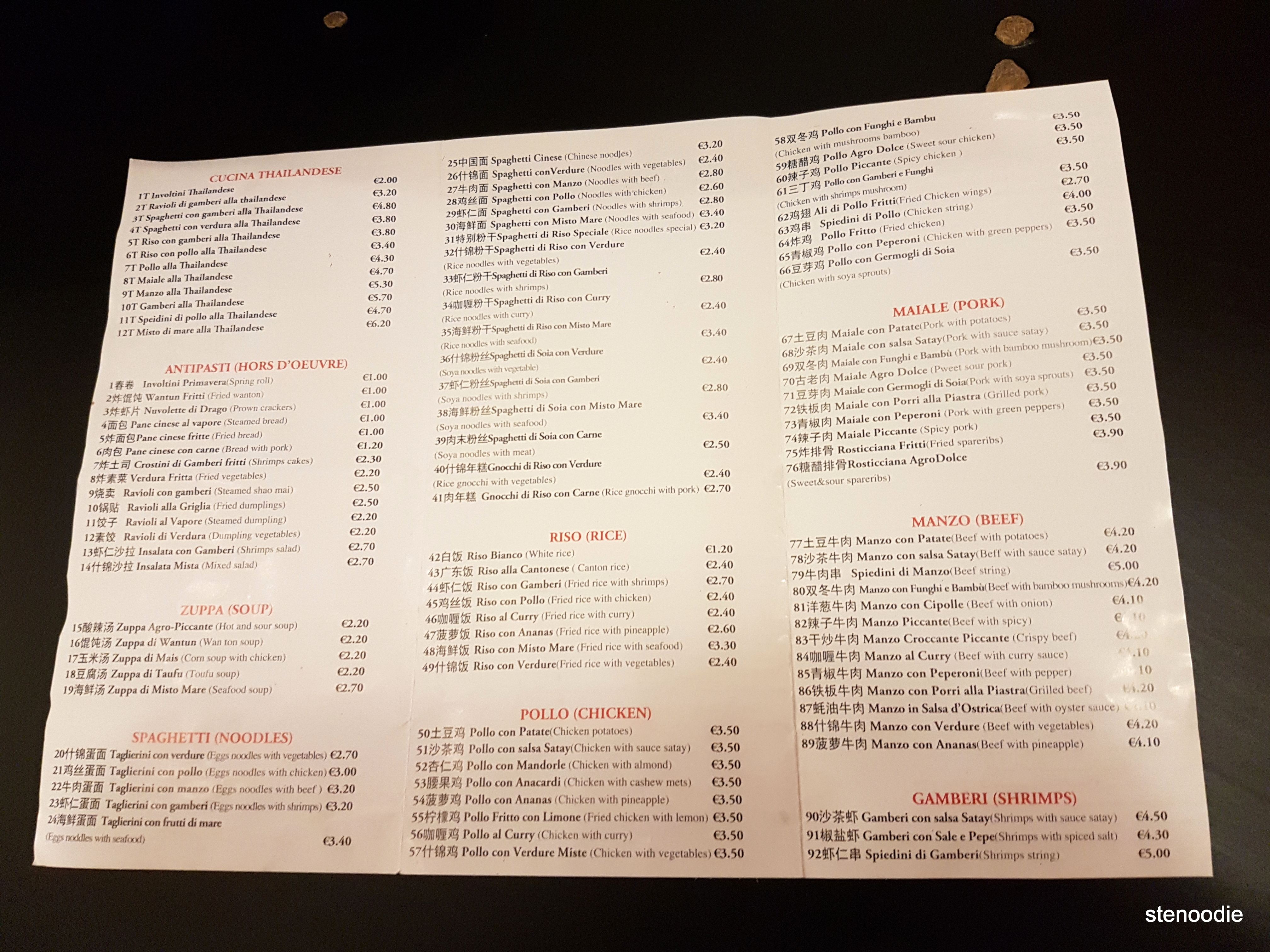 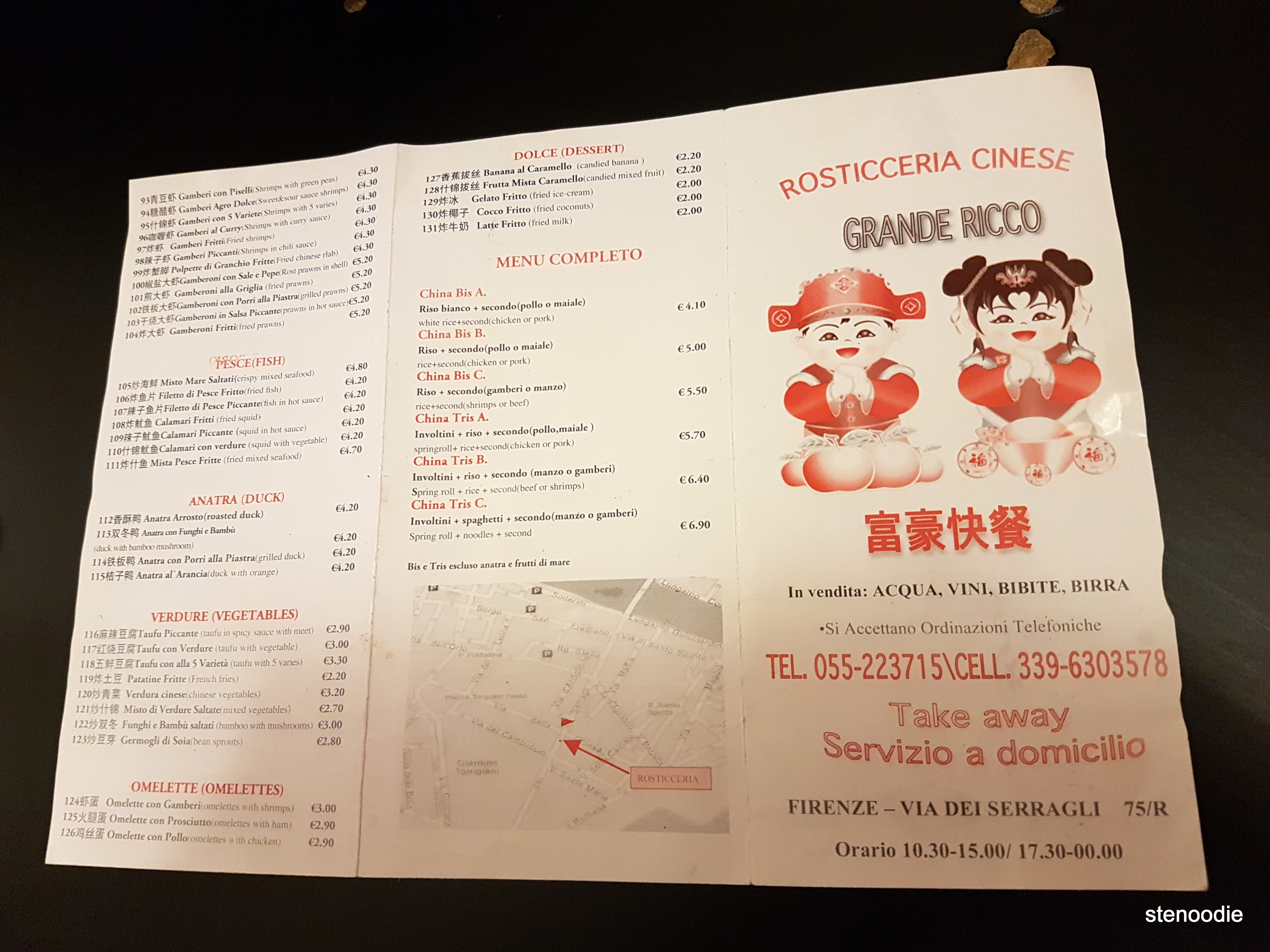 Anyway, the food wasn’t that great.. at first look, the bok choy (Verdura cinese) had lots of little dots on its leaves and didn’t seem fresh. 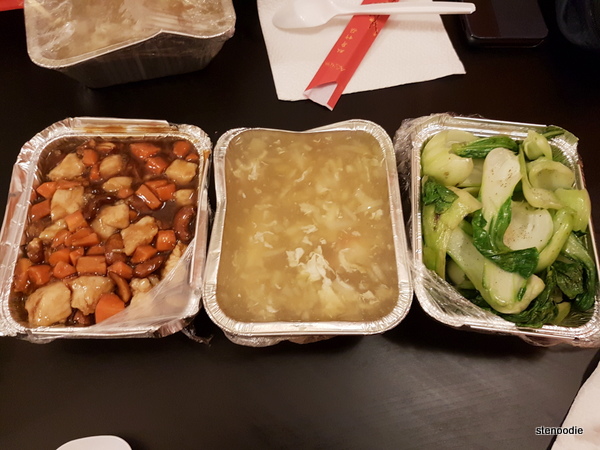 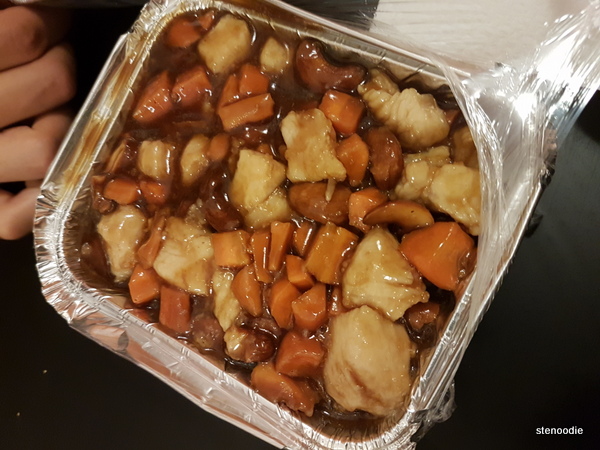 The Chicken with Cashew (Pollo con Anacardi) had tiny morsels of chicken meat and carrots and cashews with a ton of sauce.  The chicken itself was tender though.

The Tofu Soup (Zuppa di taufu) ended up to be mostly egg drop.  It was too starchy and had an overload of black pepper.  I wasn’t a fan of it at all. 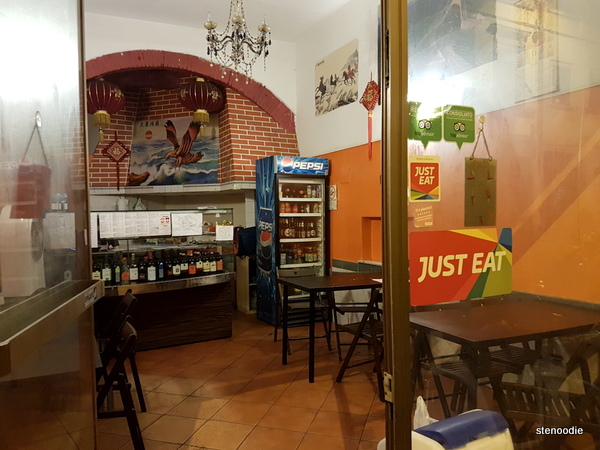 The restaurant at a glace 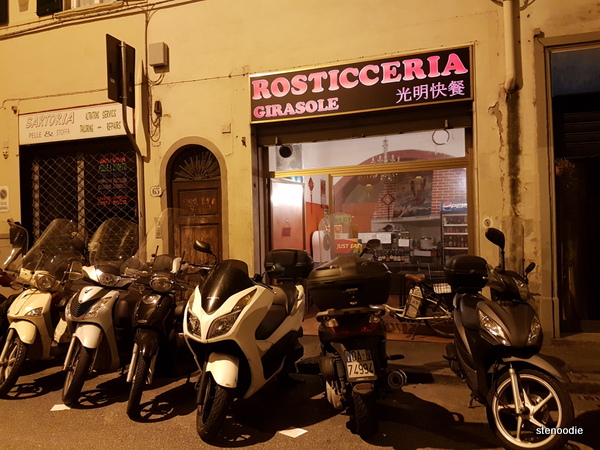