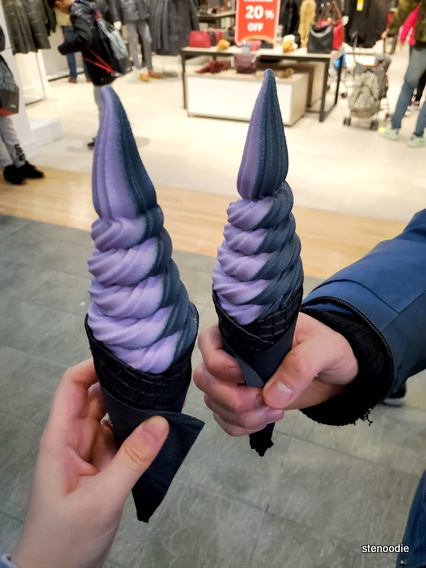 February 17, 2020:  This was the last time we set foot inside of a shopping mall before the lockdown hit.  And remember that summer a year or two ago when it was all about the ice cream from iHalo Krunch?  I gave up on attempting to line up for it that summer at their flagship Queen Street store but finally had a taste of this popular ice cream at their Vaughan outpost at the Vaughan Mills shopping mall (1 Bass Pro Mills Drive).

The appeal of the ice cream from iHalo Krunch was their black-coloured activated charcoal ice cream and ube ice cream on black ice cream cones that looked so stunning on Instagram feeds.  Activated charcoal is definitely a unique ice cream flavour that most people have never tried before as well.  I recall how people said there was a marshmallow stuck in the base of the cone too.

What’s “activated charcoal”, you ask?  They answer it on their website:

Activated charcoal (also known as activated carbon), is a natural substance known for its detox properties – derived from coconut husk (shell).  We source our ingredients from a Canadian health food supplier.  Activated charcoal is a form of carbon processed to have small, low-volume pores that increase the surface area for adsorption or chemical reactions.  When ingested, activated charcoal binds to toxins which helps to rid the body of unwanted substances. 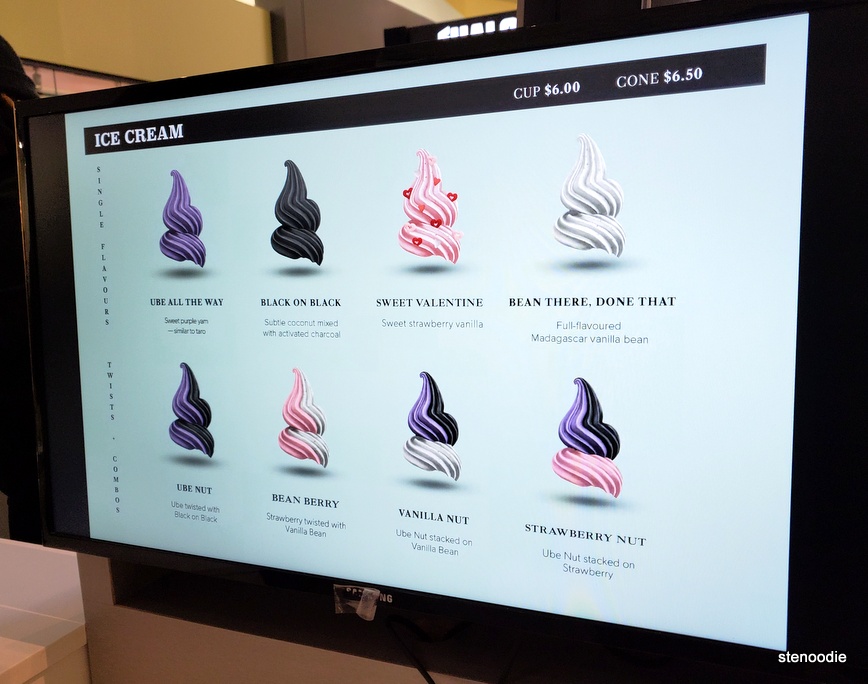 We chanced upon the iHalo Krunch kiosk after lunch while strolling inside of the busy shopping mall.  There was a small line-up to order their ice cream, but we were at the front of the line only within a couple of minutes’ wait.

We ordered two cones.  Both of them were the signature Ube Nut flavour, which was ube (sweet purple yam) ice cream twisted with Black on Black (subtle coconut mixed with activated charcoal ice cream).  There were eight different combinations of ice cream flavours and each one was a flat price.  A cone was $6.50 while a cup was $6. 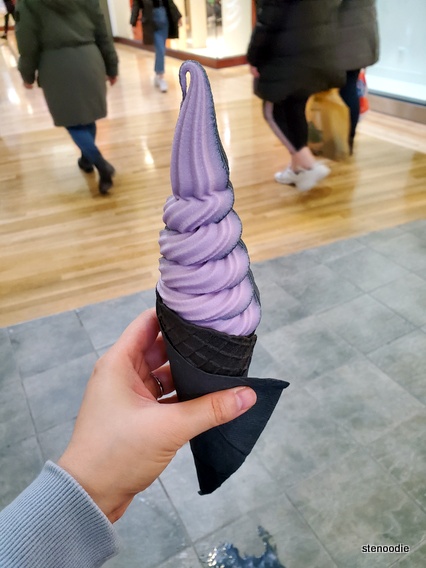 The visual aesthetics of the ice cream cone was indeed stunning with the pretty purple and charcoal black of the ice cream on the rich black cone.  The ice cream twist was perfectly executed and looked so pretty.  It did melt quickly though, so my photoshoot had to be quick.

The ice cream itself was smooth and tasted like vanilla with a bit of ube flavour.  The cone was all right too, but I was disappointed when I got to the end that there wasn’t a marshmallow in the base of the cone as I anticipated.  They probably changed things up and didn’t offer a marshmallow anymore. 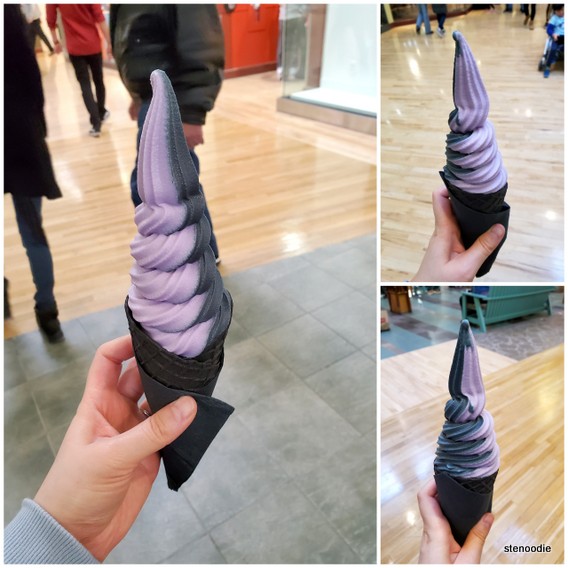 It looks different from every angle

It was nice to finally try this ice cream trend three years after it debuted!