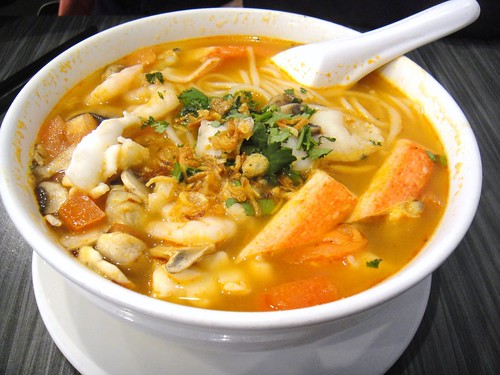 I’ve seen on urbanspoon that Blue Ocean Cafe has some great reviews and had placed it on my wishlist to try out sometime.  It just so happened that I was at Peachtree Centre looking for a place to eat and saw the restaurant.  Yay!  Maybe I was biased from the online reviews that this restaurant would be good, but I was already impressed when I walked in.

The overall decor was simple but looked chic with black booths and chairs, dark grey tables, 2 large LCD TV screens that showed rotating featured dishes, and a wall on the side that was pure bright white with indentations that looked like waves.  It really gave the name ‘Blue Ocean’ more meaning since the waves resembled water. 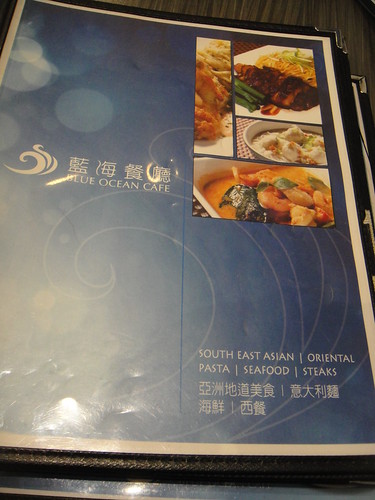 I was also impressed with how extensive the menu was!  They have a dedicated lunch menu that included a tea/coffee and soup!  They are a HK-style cafe so they had a variety of all-day breakfast sets, ramen, western style pastas, rice, noodles, and desserts.  I was so awed with the never-ending pages of the heavy menu. 😀

So if they had so many options, how did I decide what to order?  Answer: Their clever displays!  This proves advertising works, because as I sat down in my seat, my eye was drawn to one of the two LCD screens that displayed a glorious picture of the Fried Instant Noodle with Pork Chop and within a millisecond of seeing it, I already knew I wanted to try it.  If you’re a restaurant owner reading this, you should really consider installing such TV screens in your restaurant.  I swear that advertising works! 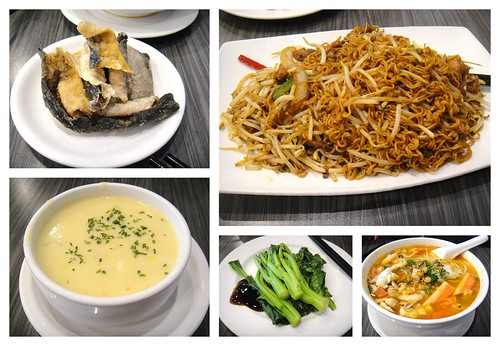 I chose to get the creamy soup instead of the Russian borscht that came with the lunch set.  Yum!!!  The creamy soup to start was incredibly creamy, smooth, and delicious!  It was one of the best I’ve had. :9 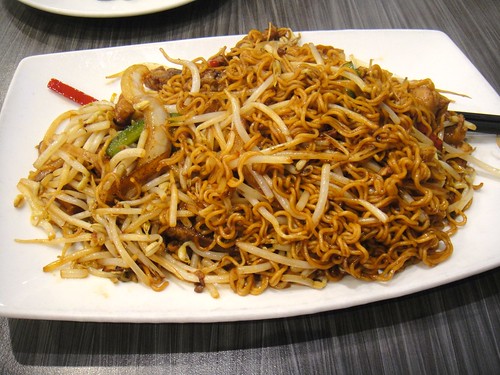 My Fried Instant Noodle with Pork Chop was huge!!!  I wasn’t expecting such a big portion.  I liked the dish!  It may be a little to soy-saucy for some people, but I enjoyed the flavour, the numerous pieces of chopped up pork chop, and the bean sprouts.

My mom ordered the Thai Style Tom Yum Soup with Seafood and Rice Noodle ($7.99).  Hers didn’t come with a soup of the day, but did arrive with a tea.  We were impressed that the tom yum soup base tasted authentic and included a lot of mushrooms, tomatoes, clams, fish, imitation crab sticks, and squid.  Yum!!  It reminded me of the delicious tom yum soup we had at Malaysian Restoran.  I wasn’t a huge fan of the rice noodle though since it was of the harder and thicker type. 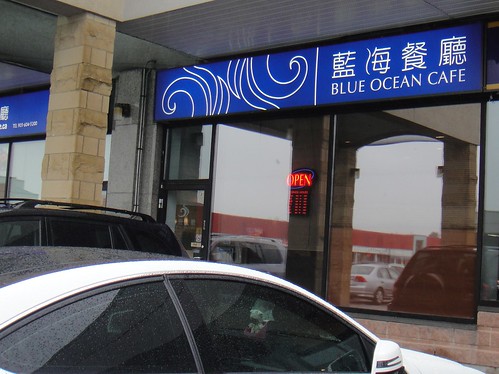 Located at 8392 Kennedy Road, Unit A6 in Markham

We also ordered a plate of fried fish skin (yummy and so crunchy) and a plate of boiled veggies with oyster sauce on the side.

This place is soooo good.  It was packed and there were people waiting at the door on a weekday.  Crazy popular!  They also have free wifi.  I definitely will be returning to this restaurant to try their other dishes.  I’m so happy to have found this place and realized how good this restaurant is too.  Yayyyyyy. :))