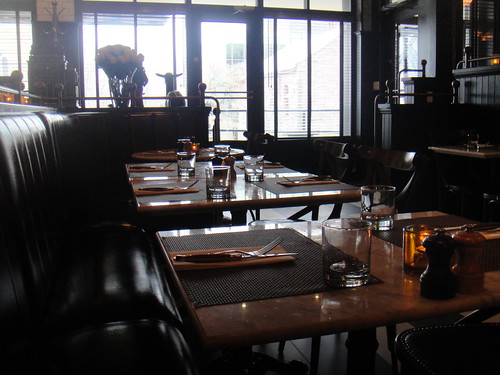 After a thorough and fascinating learning experience at the ROM’s Forbidden City exhibit, Godwin, Gen, and I headed for some early dinner at Museum Tavern.  I’ve heard lots of good things about this restaurant!  At least two friends of mine who tried out their Winterlicious menu in February commented that the food was great.  I was excited to try it out. 🙂

Museum Tavern is located right across from the ROM, occupying the space that, if I’m not mistaken, was the residence of a McDonald’s a few years back.  Museum Tavern is a pub but serves food and drink items at a higher price point that most pubs.

The lobster roll really caught my attention which is what I ordered.  However, as a starter dish, it wasn’t enough to fill me up.  I really should’ve ordered more, but I didn’t feel justified to order anything else on the menu since the lobster roll was already $19. 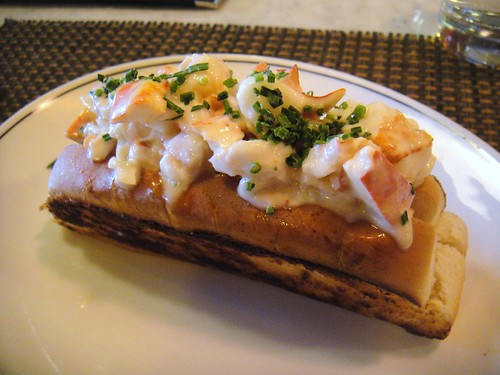 It turned out to be good; there was enough lobster meat in the bun.  The bun actually turned out to be a toasted square shape, where there was barely enough of a groove to stuff the lobster meat in.  This made it difficult to eat because it felt like the lobster meat was dangling on the toast’s edge.  (I’m actually curious as to how the server was about to bring it out from the kitchen and to my table without it toppling over on the plate and spilling its contents everywhere.)  Nevertheless, it was a decent lobster roll.

Gen tried the elk sliders which were also a starter.  They looked good! 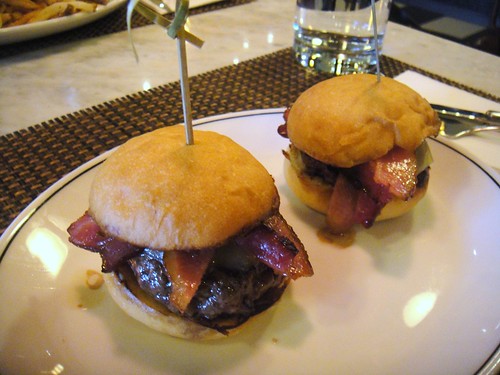 Godwin ordered a hamburger which came with a spill-out of fries; there were fries on the plate and more fries in a little can.  It was an interesting presentation. 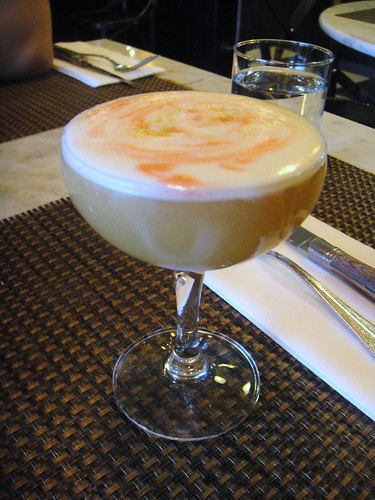 All in all, I didn’t try enough from Museum Tavern to really judge them on whether they’re good or not.  Gen also ordered a drink that she enjoyed.  She commented that their drinks are really good.  That’s something to consider if and when I visit this restaurant again.  (Maybe I’ll come during Summerlicious since they had great reviews during their Winterlicious run.) 🙂