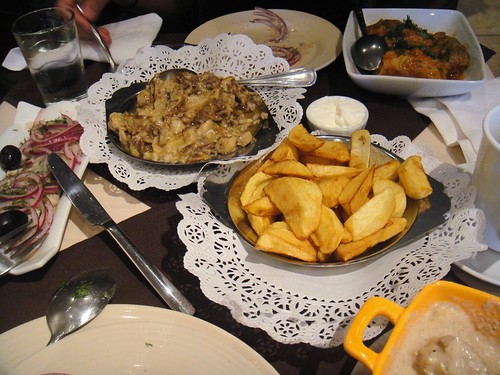 This restaurant blew my socks off!  Despite the high ratings on urbanspoon that this restaurant earned, I never expected the food to be THIS good!  I definitely recommend a visit to this probably-overlooked restaurant in North York.

My friend Jen and I chose to catch up Aragvi Restaurant.  Having spent some time in Ukraine, Jen was well-versed in Russian and even had a short and friendly conversation with the owners of the restaurant in Russian!

Jen told me that they speak not only Russian but Georgian as well.  Speaking of which, Aragvi Restaurant (based on their website) boasts themselves as the only authentic Georgian restaurant in Ontario.  That’s a big deal!  I have never had Georgian food before and this was definitely a treat! 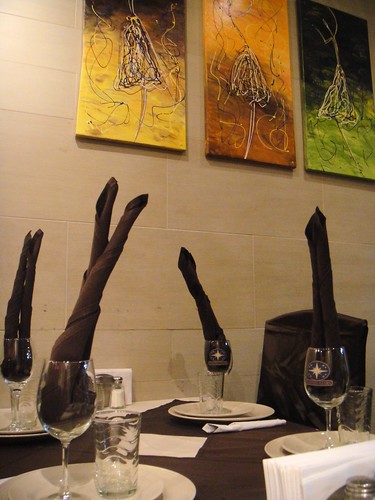 It’s not a big restaurant but feels cozy inside

We ordered two appetizers and two entrées that we decided to share.  Our table was small and when everything arrived, it was piled full of delicious and tasty food!  The pictures don’t do the food any justice because the taste of the food was absolutely incredible and amazing.

Jen chose the Russian-style Herring appetizer, which she told me was a classic raw fish appetizer.  I was very curious, thinking that raw fish must meant sashimi of some kind.  When it arrived, red onions piled high on top of a plate with black olives and herring seasoned with dill and olive oil.  It was already set up into sections and easy to eat.  Wow!  It tasted like nothing I’ve ever had before.  It was like raw fish except with some great dill seasoning and the fish flesh was very smooth.  I really liked it! 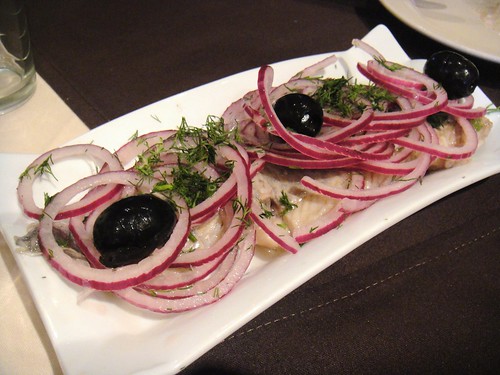 I ordered the Satsivi because its description said that it was a “famous Georgian specialty”!  I always go for the most popular and well-known dishes when I’m eating new food, so I was excited to try it.  Satsivi means “cold dish” in Georgian and also is also known as “walnut sauce”.  It arrived in a cute little red pot that was deep in walnut sauce with the chicken morsels embedded into it.  To my surprise, the restaurant was generous with the portions and there was a lot of chicken in there!  Also to my surprise, the chicken pieces were all very tender and smooth.  I was a little afraid that they would be rough and hard to eat!  I was very impressed with this dish too.  There was so much walnut sauce leftover that it makes me think that people eat this appetizer with bread?

Up next, we got our entrées!  I was SO impressed with this restaurant that I have nothing but good things to say about the rest of the meal.  Jen ordered the cabbage rolls and gave one for me to try.  It was very hearty and filling!  The cabbage roll was stuffed with lamb, beef, rice, and spices.  It was soft and yummy. 🙂 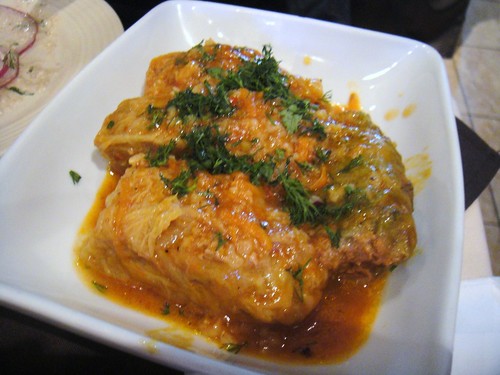 For my entrée, I couldn’t believe how amazing it tasted.  I chose the Beef Stroganoff.  Its description says that it’s a classic cream-based stew made with filet mignon, mushrooms, and onions.  Even though this is such a classic dish and I’ve heard of it before, I don’t think I’ve actually ever had it before!  It came in a pan-like dish and didn’t look appetizing at all.  Boy, was I surprised!  A side of potatoes also came with the meal.  The Beef Stroganoff had the bestest tasting filet mignon pieces with the creamiest sauce and mushrooms!  It was so, so, so mouth-wateringly delicious.  This is definitely something you need to try in order to know what I’m talking about.  Neither words nor pictures does this dish any justice! 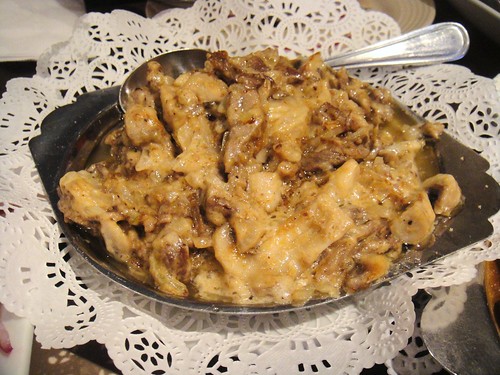 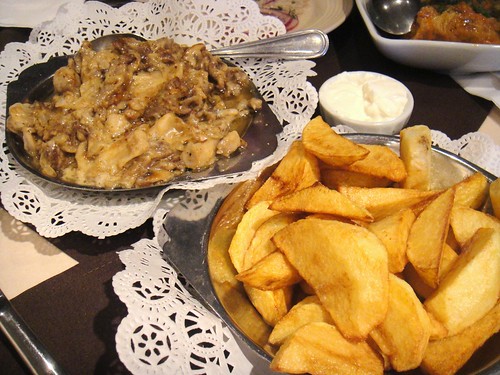 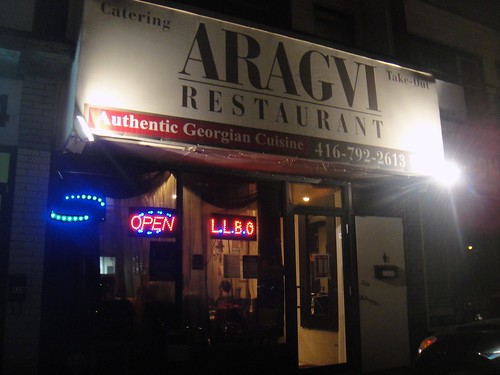 All in all, I was super duper impressed and happy with this restaurant.  I had never tried Georgian food before and this was definitely a fantastic experience.  It also helped that Jen had had Russian food before and could tell that this was authentic Georgian food.  I’m super grateful that she ordered the Russian-style herring dish; she even said that it tastes the same as how they make it in Ukraine!  I absolutely loved my Beef Stroganoff dish too. 🙂