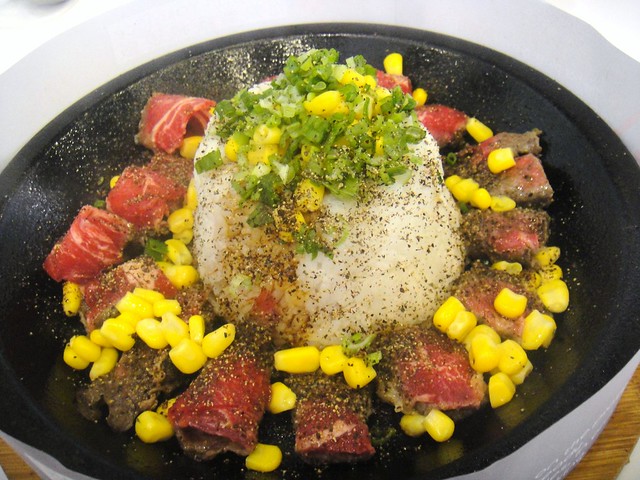 One of the newest and most talked about restaurants at the First Markham Place plaza is this one:  Aka Teppan.  The first time I heard about it was when my friend Jason showed me a picture of the food that he had there, telling me I had to go there and try it out.  Since then, I’ve seen it on other friends’ social media pages as well.  (I’m telling you, social media is so powerful nowadays!).  So when my friend Steph posted a picture of the meaty goodness that she had from Aka Teppan, I commented on it and shortly after, she suggested that we go there to catch up.  Yay!

We arrived early on a Thursday afternoon right at noon.  We were so early that we had a wait a little bit outside the restaurant since they weren’t even open yet.  We were the first ones to get in.  I’ve noticed in online reviews that this place gets really packed for dinner and on the weekends to the point where people need to wait for seats.  Good thing we were able to meet on a weekday for lunch! ^_^ 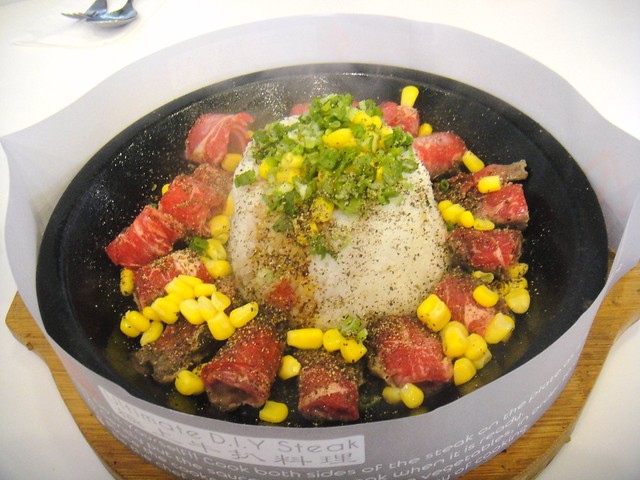 Thinking of what to order was a no-brainer.  I immediately knew that I wanted to try the special dish that this restaurant is known for — the teppan rice.  Teppan refers to the metal griddle used in the teppanyaki style of Japanese cuisine.  In this case, we weren’t sitting in front of a chef who would cook the food in front of us like most teppanyaki restaurants work, but our food would be served partially raw to us on a teppan where you could then cook it yourself.  I was excited to try it!  I chose the Supreme Beef teppan-yaki rice and Steph, this being her third visit, opted for the teppan pasta with Atlantic salmon. 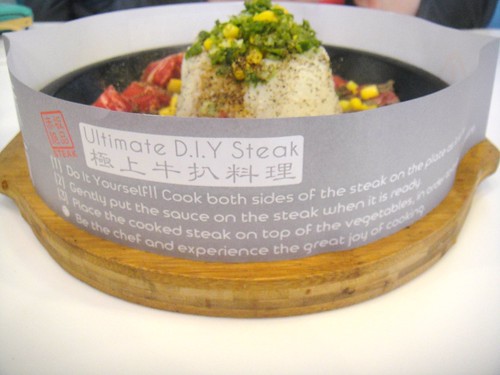 My teppan rice with beef arrived steaming hot.  They placed a ring of paper with the “D.I.Y. instructions” on how to cook your food which also protected you from the heat from the iron griddle.  I flipped over the curled rolls of beef to have it touch the hot surface of the teppan so that it would cook evenly.  I found it a little difficult since the beef were rolled up.  I know it is for better presentation, but when you cook it, you end up having certain parts of the beef roll cooked and the inner curled parts not cooked.  Maybe they could just lay the beef pieces flat instead for easier cooking.  (This reminds me of when I went to Kingyo Izakaya recently and cooked the softest and thinnest slices of beef tongue on a little stone — so fun as well and the beef was incredibly tender.) 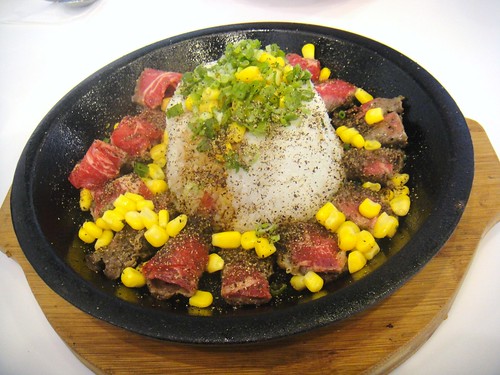 Yum! What a beautiful presentation

The server had informed us that the dish would be a little spicy since they put a lot of black pepper in it.  I was fine with this.  When you mix all of the beef, rice, and corn together, it picks up the sauce from the teppan and smells amazing.  After everything is mixed together, it actually tastes like fried rice.  The quality of the beef was pretty good; it was tender for the most part. 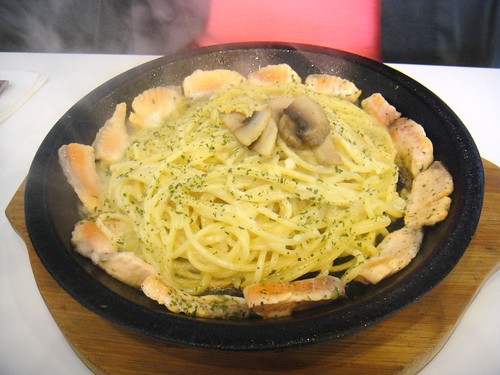 Steph’s teppan pasta with Atlantic salmon was great!  I tried a bit of it.  The pasta was creamy (mixed herb cream) and al dente.  The salmon was tender.  I liked mine better though. 🙂

Besides teppan dishes, they also have a lot of Japanese tapas such as skewers.  I didn’t have room in my stomach to try any of them, but I would want to if I come here in the future.  This is a great place to check out since the way they serve the food is a little more unique and fun. 🙂 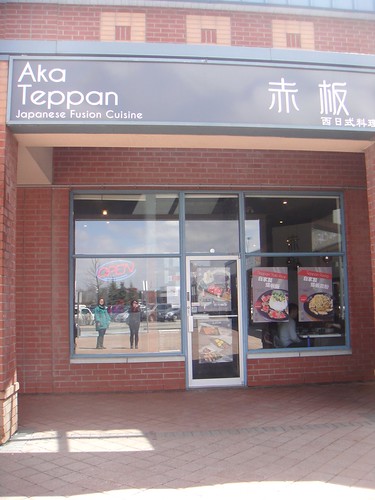 One of the many restaurants located in FMP