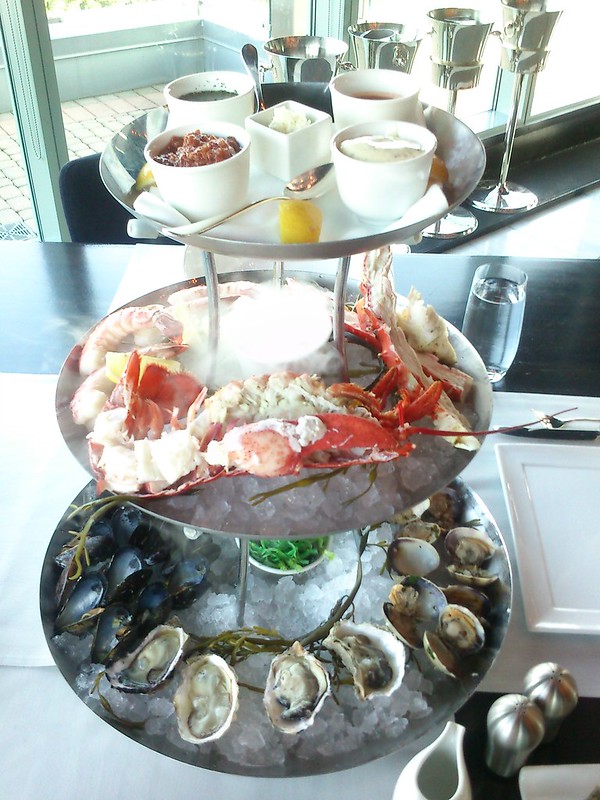 When you think of Club 21, you really think that there is a club here!  However, Club 21 is simply the name of a restaurant that resides inside the Fallsview Casino at the famed Niagara Falls.  As such, no minors are allowed into this fine establishment.  When we arrived a little after 5 p.m., there were only around 2 tables dining.  We were very early and it was great since we were able to get a table in the room overlooking the falls.  The three “walls” were all made of glass so we were able to overlook the trees and the beautiful falls as well.  It was a gorgeous restaurant to dine in. 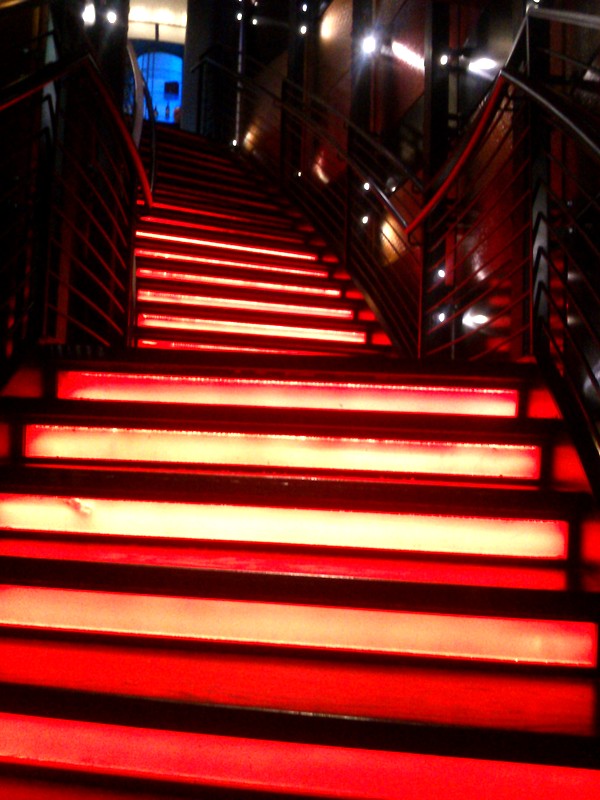 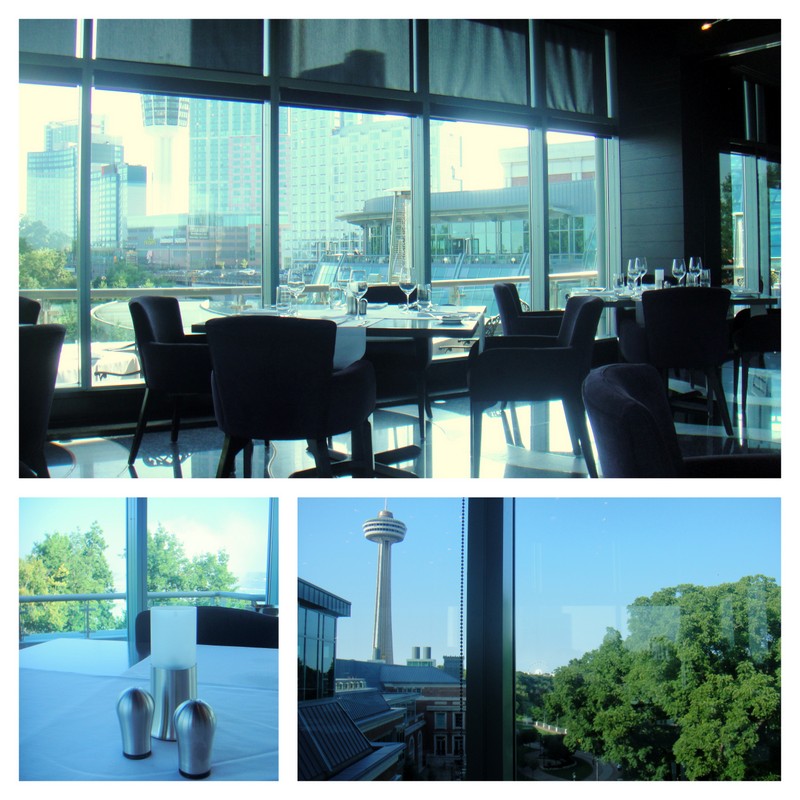 We chose some fancy things this meal.  We knew we didn’t want to indulge in any heavy meats so we chose everything seafood.  What a feast it was! 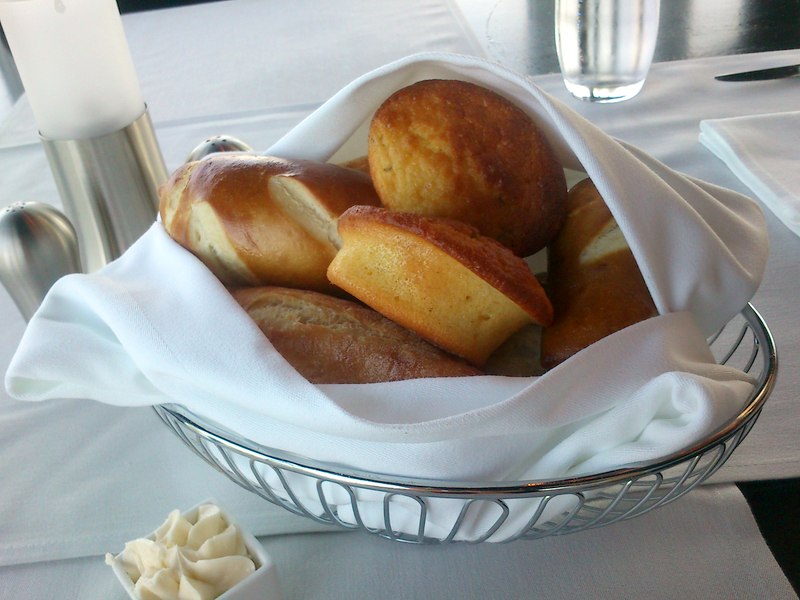 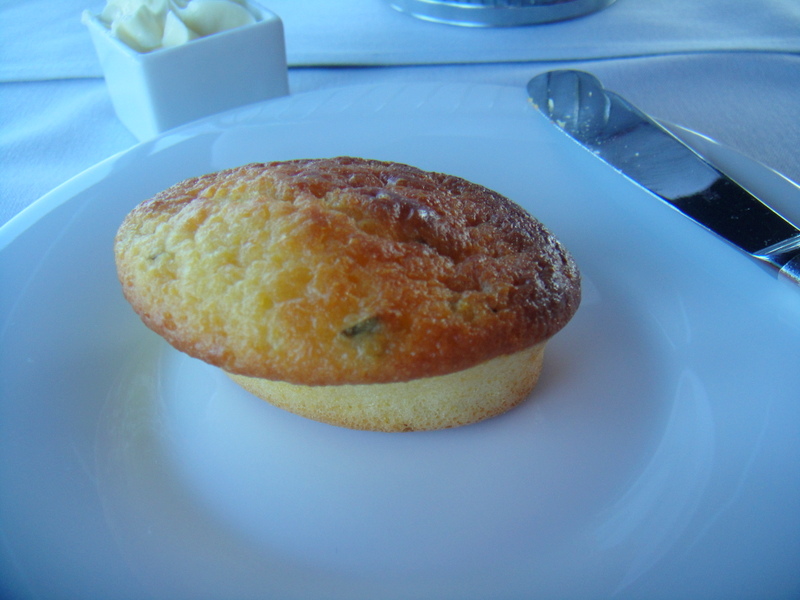 Our server was able to bring us a huge basket of bread after taking down our order.  In this basket of bread, there were at least 4 choices of bread; one of which was a round piece of cornbread.  It was so delicious!  It was a little bit spicy too.  How unique!  As much as the bread was delicious, we knew that we had a lot of food coming, so we stopped ourselves at one and a half piece of bread. :3

We had a bunch of appetizers arrive.  It was amazing!  Each dish was nicely portioned and the restaurant doesn’t cheap out at all.  Club 21 is a place with truly high quality food! 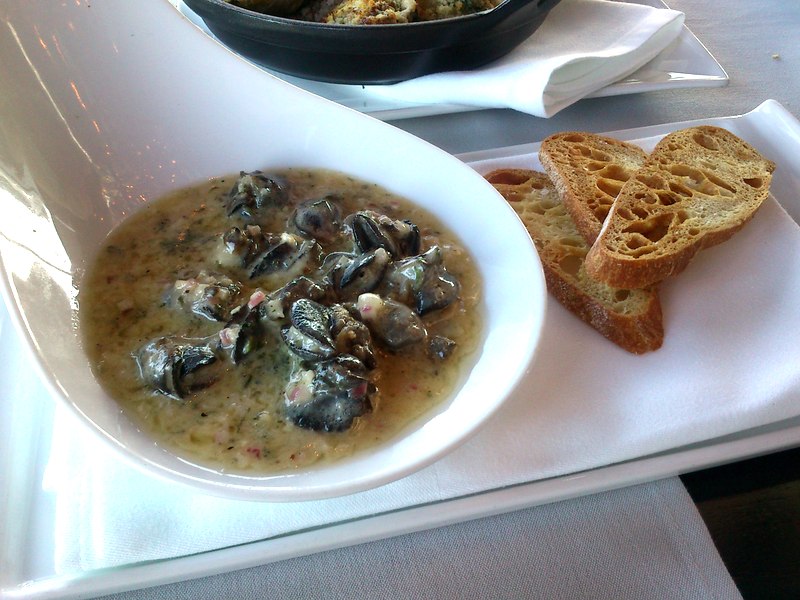 The first appetizer I dug into were the Escargots which were seasoned with garlic, white wine, cream, and tarragon.  There were many morsels on the plate in which the bed of garlic was overwhelmingly strong and pleasant.  The crostini on the side helped enhance the experience of eating these tasty escargot morsels.  I love escargot! 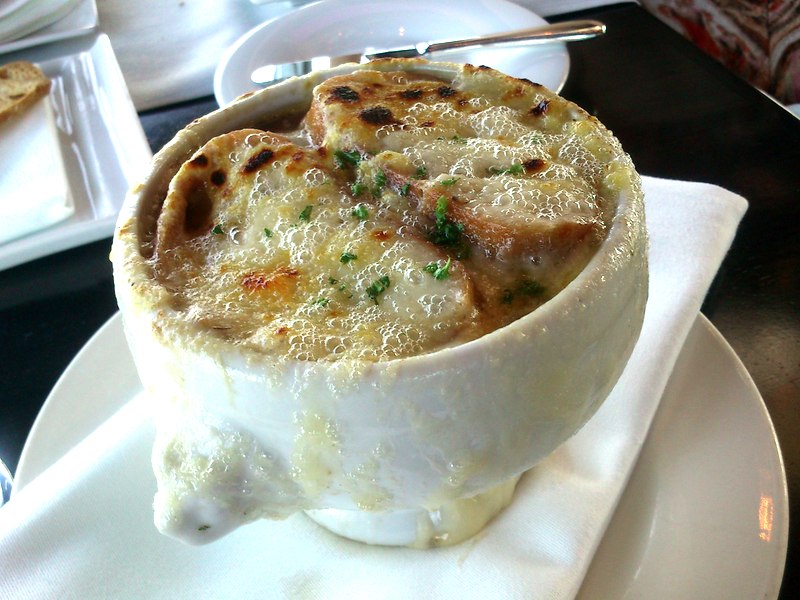 Just look at the French onion soup.  Look at it bubbling!   When you dug into it with your spoon, there were two slices of crouton that had soaked up all the onion soup so that it was a little soggy with flavour.  It was so rich and filled with onions upon onions with the richest gooey cheese melted on the top of it.  It smelled amazing of French onions.  *drool* 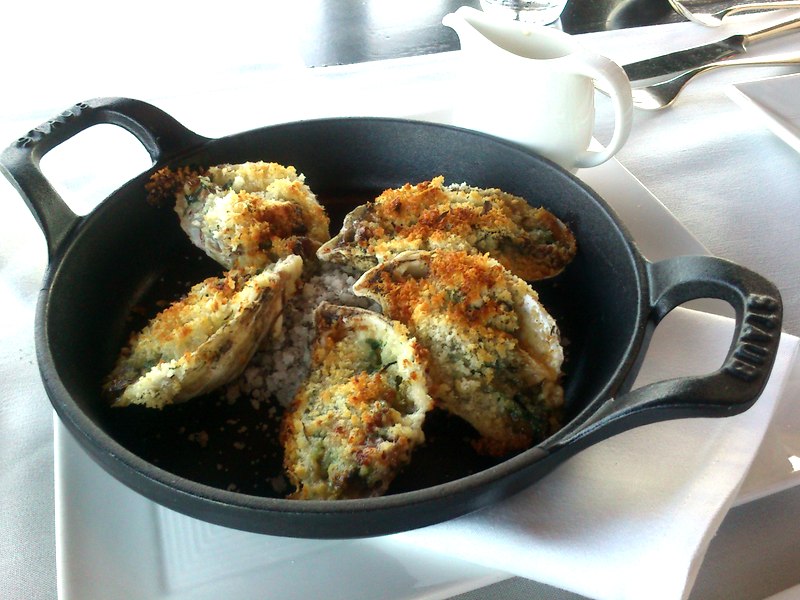 As if that wasn’t enough for the appetizers, the Oysters Rockefeller contained a hot plate in which fresh oysters were covered in sauteed spinach, double smoked bacon, parsley crust, and had a pernod emulsion.  These were one of the best cooked oysters I’ve ever had!!  Usually I love raw oysters more than baked ones but these was truly a mixture of incredible tastes.  The smoked bacon bits were the perfect addition to the oysters!  I couldn’t get enough of this!! 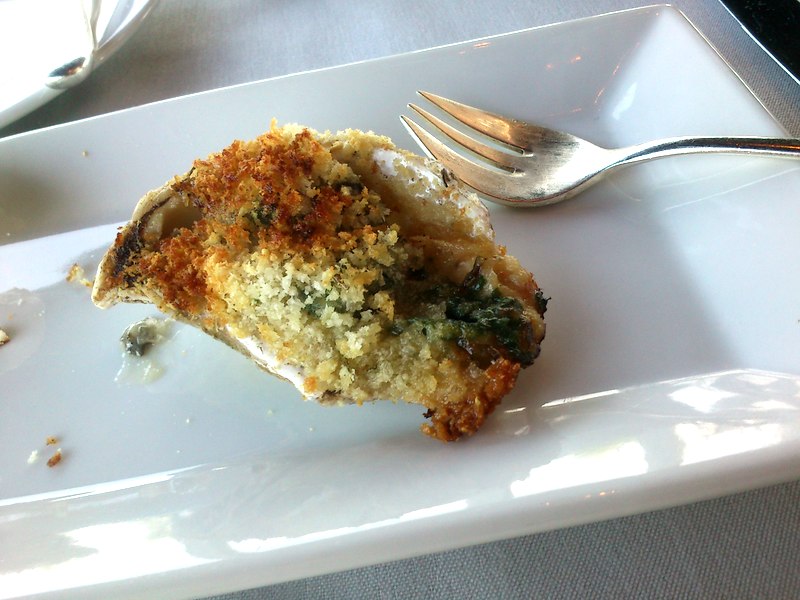 Finally, we waited for our main course.  Since we knew we didn’t want to eat too much meat on this day, we chose the Seafood Tower (actually called Iced Shellfish Tower) which contained oysters, shrimp, mussels, clams, lobster, dijon aioli, and Alaskan king crab legs.  I didn’t know that it would be presented so beautifully, but would you just look at this picture: 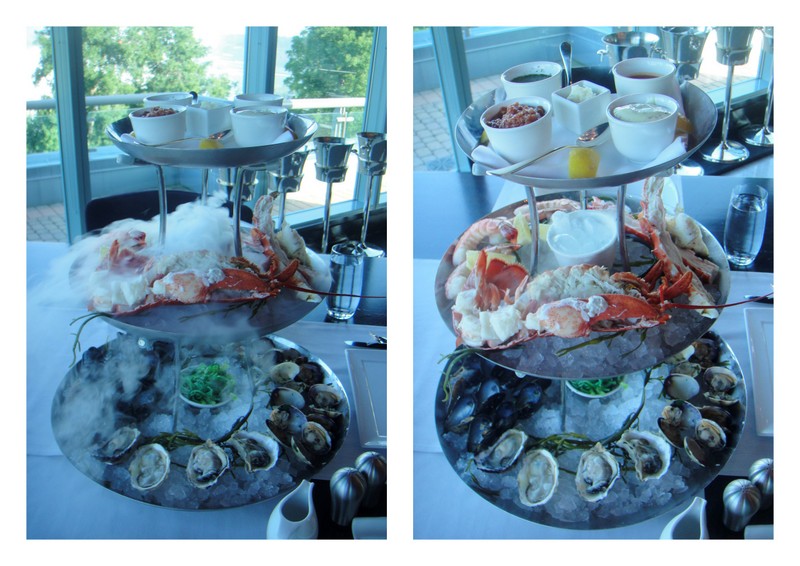 Holy moly.  This is the king of all seafood towers I’ve ever seen or had before.  There were three levels of pure seafood and to make it even more impressive, the server poured water into the dry ice so that it would “smoke” out beautifully.  I had to take several pictures of this.  It was simply gorgeous!  (In order to order this tower, you have to have at least two people.) 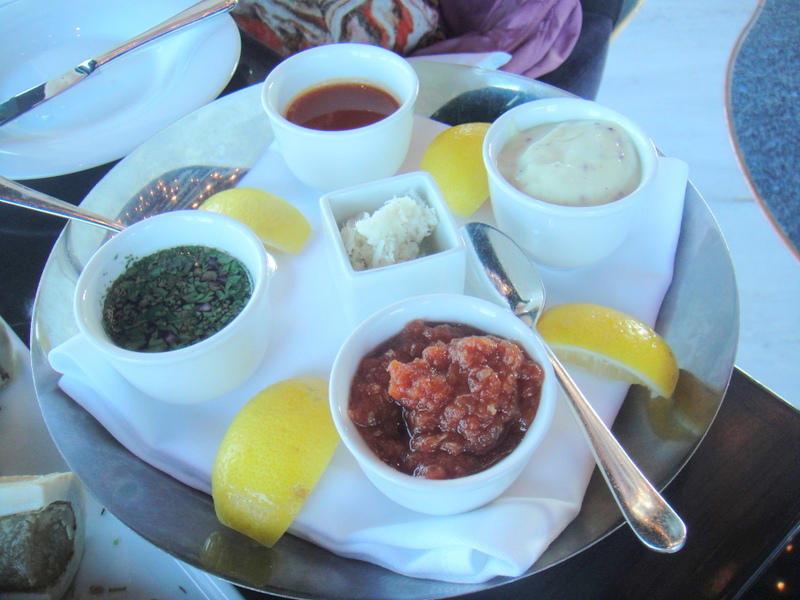 All the dipping sauces were at the top level — dijon, cocktail sauce, red wine sauce, lemon wedges — the server took this off the top and put it on the table so that we can access it easier.

The second level of the seafood tower contained the Alaskan king crab legs, lobster (already sliced and ready to eat), huge shrimps also already peeled and ready to eat with your hands.  The huge shrimps were delicious — the meat was so firm and fresh.  The lobster and king crab legs were also quite firm and fresh.  It was a little plain in flavour but it was still mighty mighty delicious! 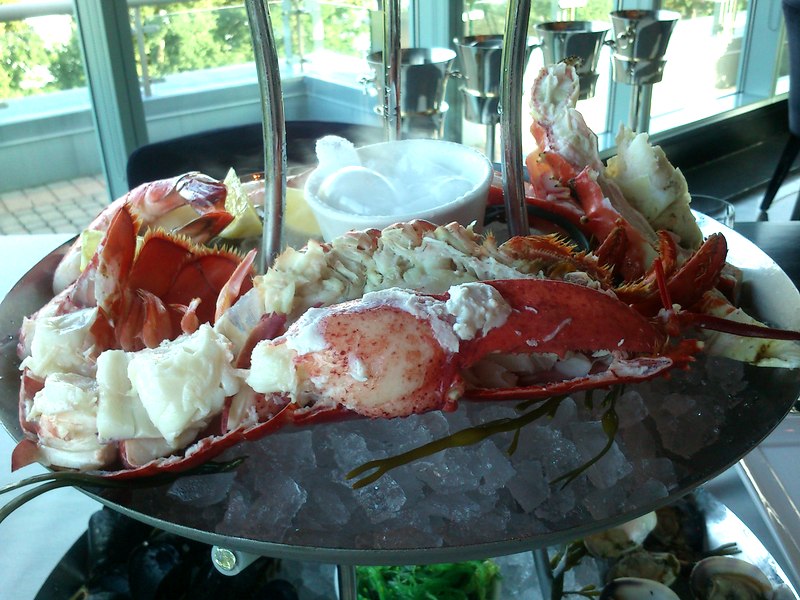 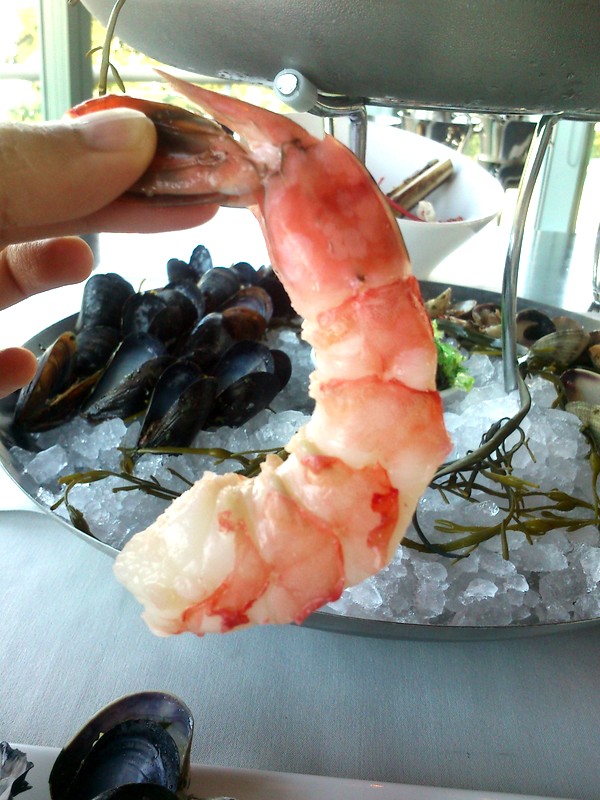 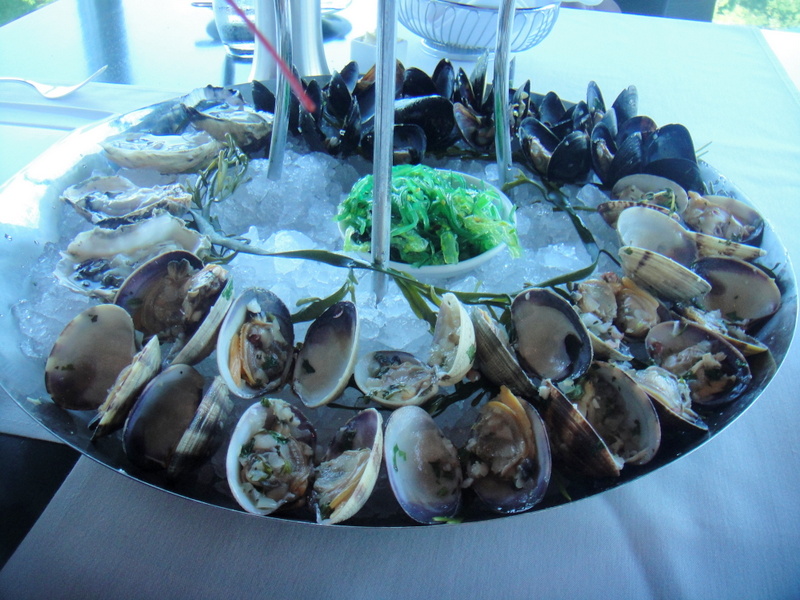 The bottom level contains shellfish you would actually see on the ocean floor — living creatures like clams, mussels, oysters, and seaweed.  I loved the raw oysters.  They were so, so juicy and perfect.  There were less oysters than there were clams and mussels.  I wished I could have exchanged the abundant clams and mussels for more oysters, hehe.  I’m not saying that the clams and mussels didn’t taste good, but I just love oysters more.  The clams and mussels were lightly seasoned and also greatly fresh! 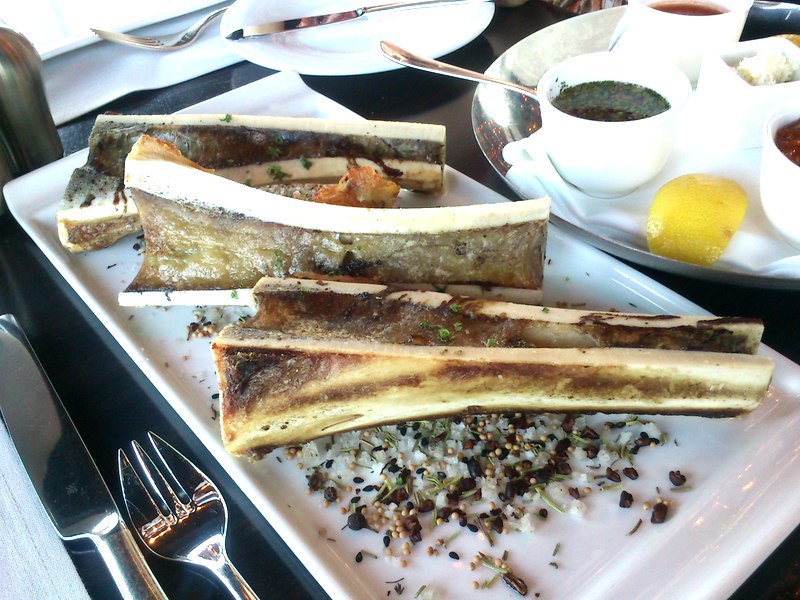 Even though I said that this was a seafood feast, we actually ordered a side dish.  Can you believe that they actually have roasted bone marrow as a side dish?  I saw this on the menu and immediately wanted to try it out.  It arrived as three big pieces of bone with the greasy marrow in the centre.  It lay on a bed of herbs which was delicately assembled.  Just look at all those little herbs and seeds!  The bone marrow was delicious and I dipped some of the shrimp meat into it to try what it would taste like.  It was good! 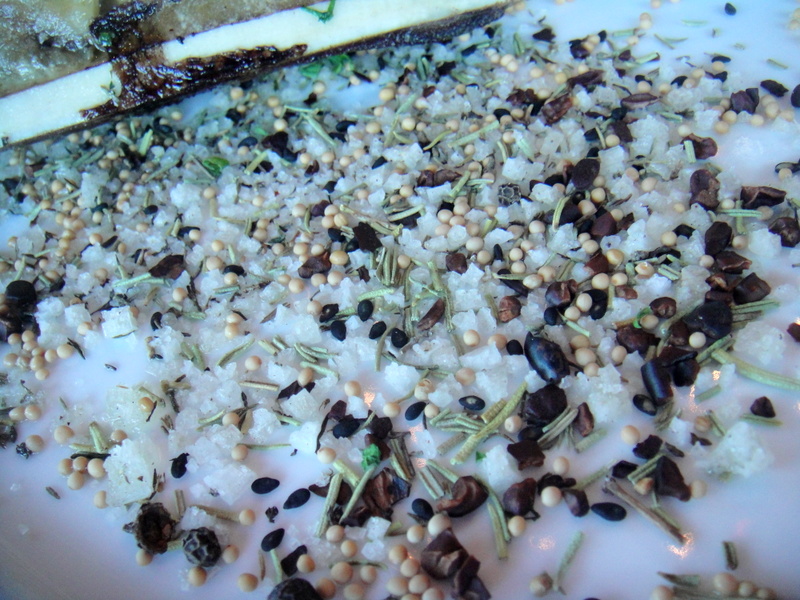 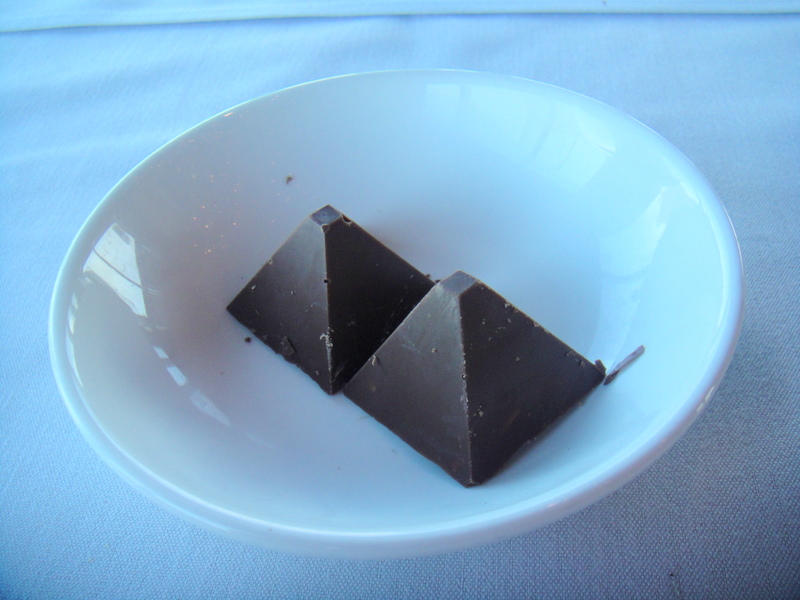 Chocolates to finish off the meal

All in all, Club 21 is truly an experience that you have to try for yourself.  I absolutely loved every single dish that they had; nothing disappointed me!  Please note that the prices are a little pricy, however.  I will certainly come again.  Tune in for my next food blog on Club 21! 🙂