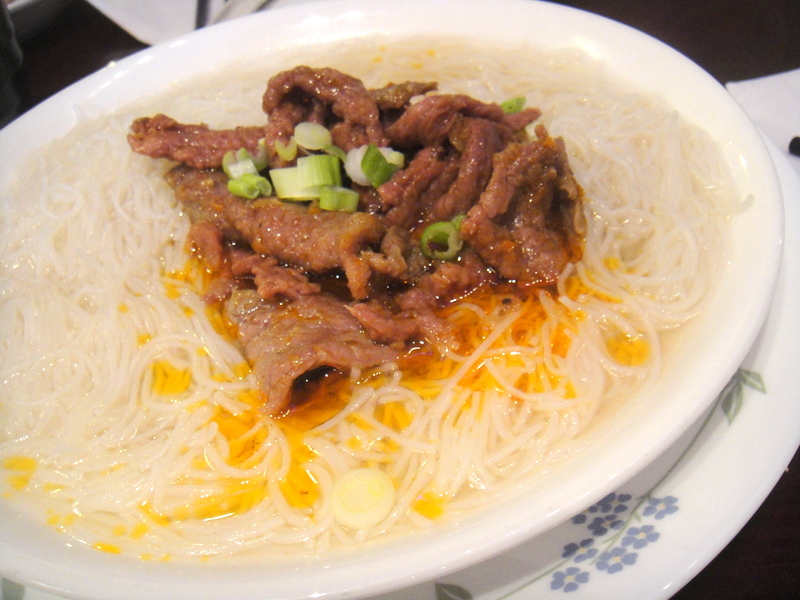 October 2014:  First of all, I’m not sure who named this restaurant or why this restaurant is even named “Ho Garden” considering that we are in a country where English is one of the two official languages.  I would understand if we were in Hong Kong or Asia where the translation of the names from one language doesn’t exactly correlate well, but this is just funny.  Ho Garden is really just a typical HK-style Chinese restaurant that serves breakfast, lunch, and dinner sets.  It has nothing to do with “ho’s”.  In fact, the Chinese name of the restaurant is pronounced as “Bun Doe” which means “half island”.  Chinese restaurants sure have interesting names…

Anyway, The first two times I was here, I actually ordered the same two dishes — which is so rare of me because I like to try different dishes every time I go to a restaurant and even try not to visit the same restaurant twice.  But here, everything was very mediocre in a good way that I didn’t feel like I had to try everything all at once.  I really enjoyed my satay beef with vermicelli!  The sauce was more like Chinese spicy sauce rather than true satay sauce.  The second time I was here, I also tried their egg sandwiches which was good! 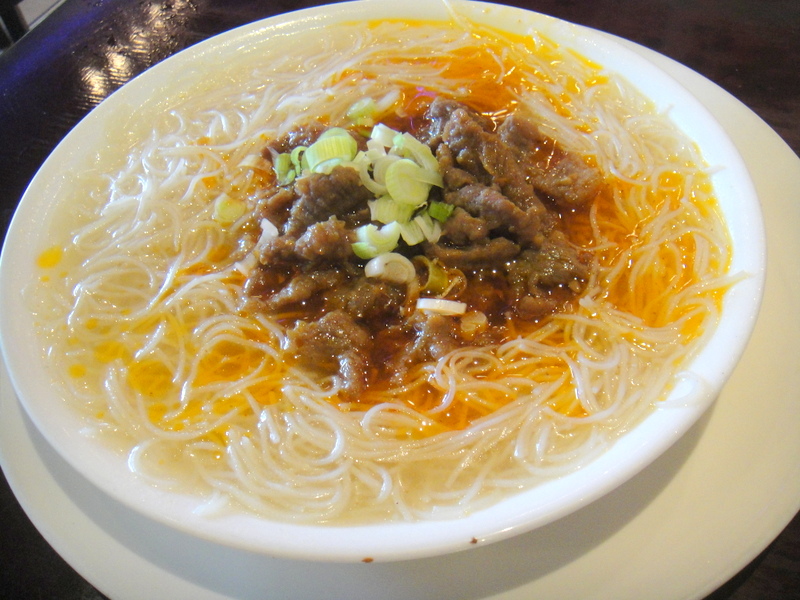 Satay Beef with Vermicelli in Soup. $3.95

Their wontons were so-so; more fatty than I liked and not very fresh. 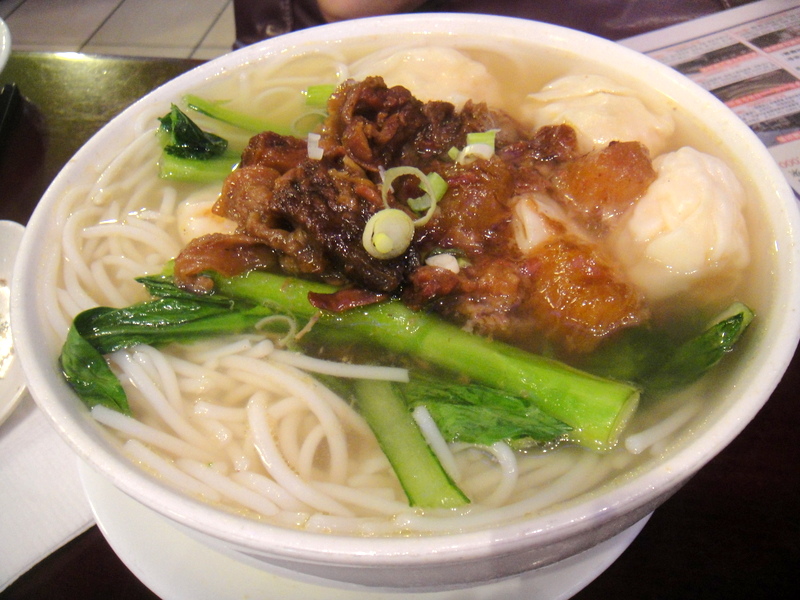 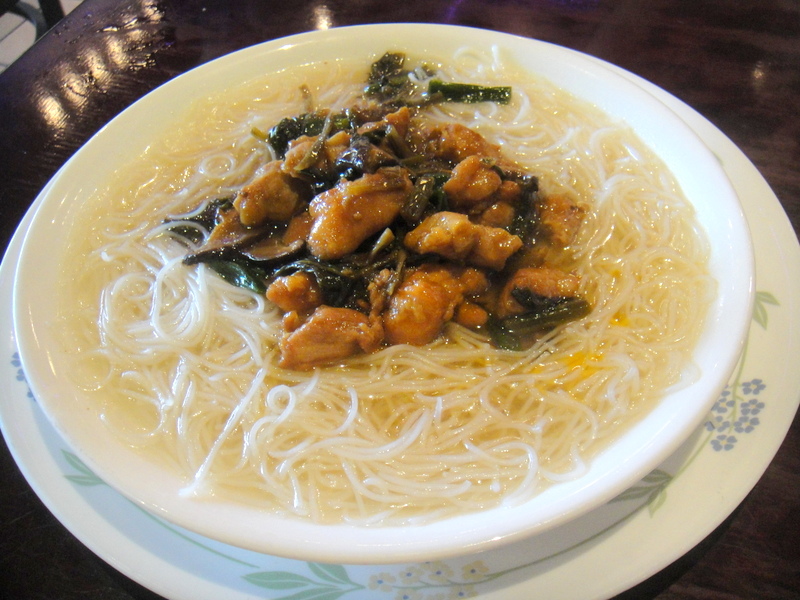 Shredded Chicken with Vermicelli in Soup. $3.95 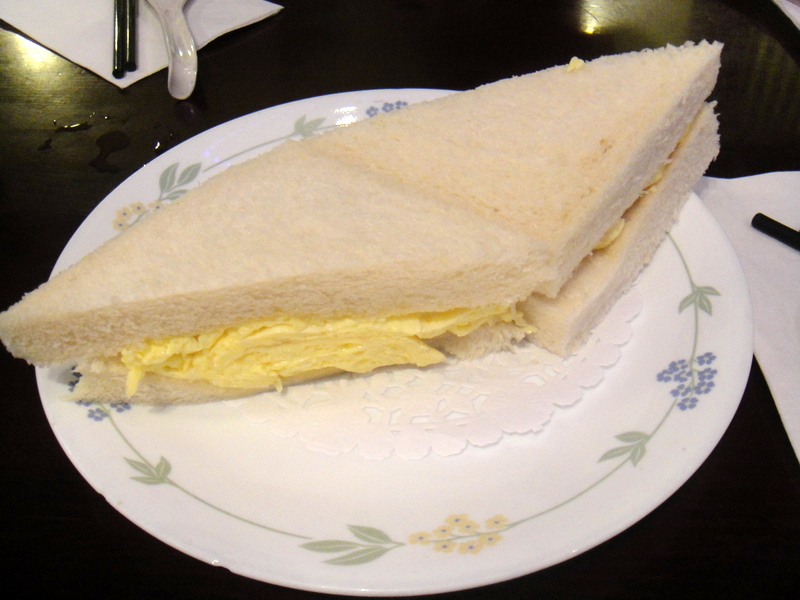 Egg sandwich that came with one of the sets

Ho Garden in essence is all very affordable food that tastes good (I mean you can get a full meal with a free drink for less than 4 dollars!).  The restaurant is no frills which means that you shouldn’t expect exceptional service or fancy decorations.  It’s a casual restaurant for retirees and anyone to grab a quick meal.

I’ve been here several times since then and one of their popular dishes is their Hainanese chicken with rice.  Mmm, I liked it!  The rice was flavoured just right! 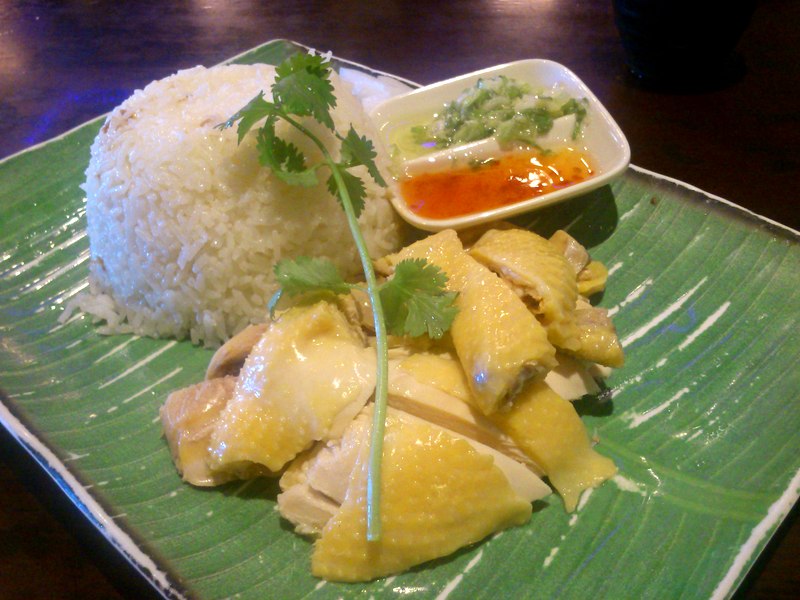 It can get very, very busy in there

I know I’m going to return again and return every so often to dine here because it’s so close to where I live! 🙂

Since the initial blog post, I’ve returned to Ho Garden for lunches or dinners many times.  Throughout those visits, I’ve grown to not enjoy the meals at Ho Garden as much.  I remember this dislike stemmed from a visit where I thought that one of the servers was very rude.  It tainted the experience.  I think another experience was when the food was subpar so I had been further rejecting Ho Garden from my choice of restaurants.

However, I recently came here for dinner again and we ordered one of their “wo choi” dinner sets where you can choose two, three, four, five, or more of a selected list of dishes and paired with a soup that I really enjoyed!  We ordered a fried chicken dish, vegetables, and tofu with shrimp in clay pot.  I really enjoyed the chicken and vegetables (A choy) that I visited again about a week later and ordered the same fried chicken dish and vegetables. 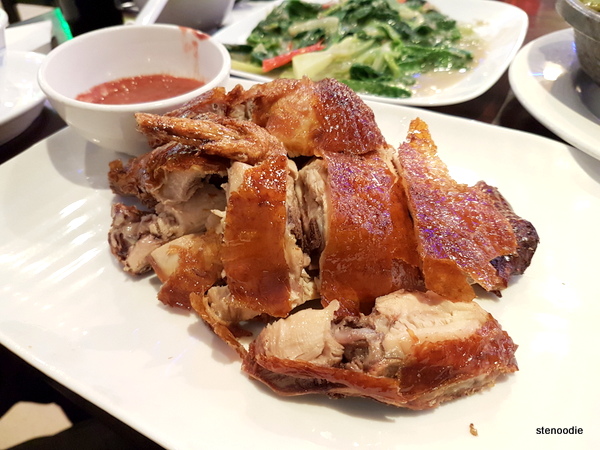 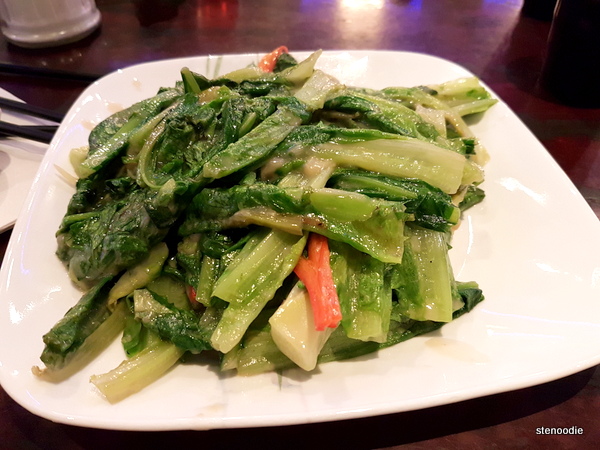 This time, I also ordered a fish fillet with bitter melon and it was so good as well.  The fish fillet pieces were so generous and delicious!  My opinion of Ho Garden has redeemed itself and I’ll probably find myself here again.  The servers for both of these visits were pleasant and even gave us an extra bowl of soup on the second visit! 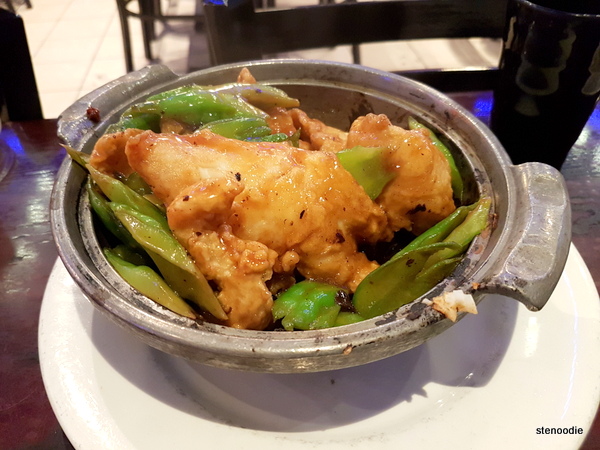 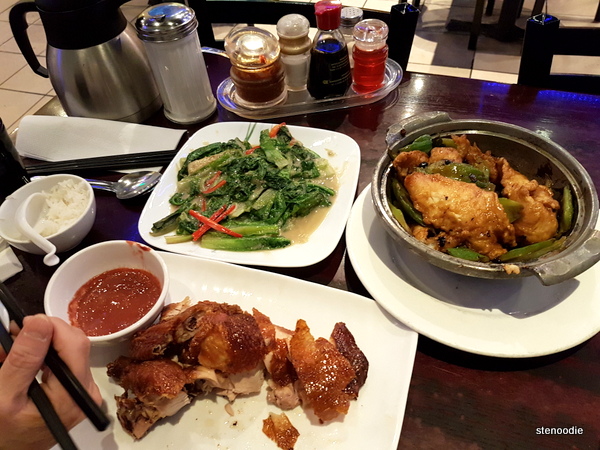 Three items and one bowl of rice (with complimentary soup) for $38.40